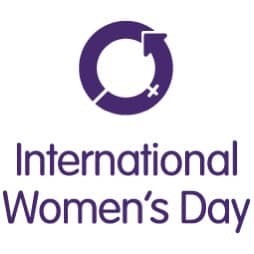 So today is international woman’s day, and lots of participants yesterday chose to celebrate the event by wearing purple - why purple? It has become an international symbol for women since the origination of purple, green, and white as a symbol of women's equality from the Women's Social and Political Union since the start of the last centaury. 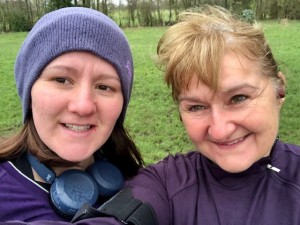 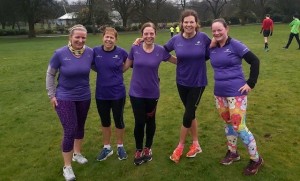 And there was an array of purple today - every shade and every item of clothing from trainers to hoodies to leggings and tee-shirts. Some people went all out top to toe in purple. It was great to the guys were sporting it as well as the girls! 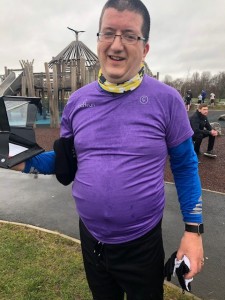 It was a driech morning at Drumpellier park, with a smattering of rain and wind but the course had dried out a good bit from last week and so the going was good.

Our RD – Dougie did the introductory honours – we had 207 participants who ran, jogged and walked the course, of whom 55 were first timers. Representatives of 21 different clubs took part. 2 milestones were announced for David Lyttle completing his 50th parkrun on the eve of his 50th birthday and Graham McCabe completing his 200th. He also introduced the Newton Road runners club who got a big cheer as they had a graduation class of c25k runners taking on their first 5k and parkrun and then it was 3,2,1 and we were off!

As I was running round the two laps of this course, with all the purple garb around me, it got me thinking about the significance of the colour because as well as IWD, parkrun is also rooted in purple from the logo location signs, to the finishing tags and even the buckets we use to collect the tags at Drumpellier are purple. 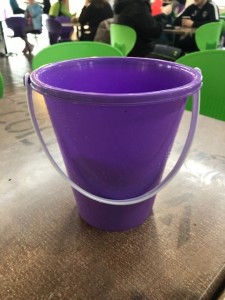 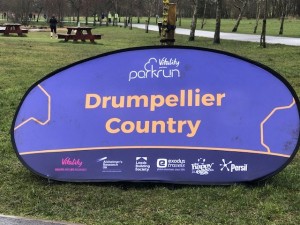 parkrun is the most inclusive activity I know, welcoming everyone of all ages and abilities, dogs and prams are also welcome.  Fitting then that people were celebrating International Woman’s Day at parkrun.  Some were celebrating more than others, with 52 people achieving personal bests. The Newton Runners were also celebrating their couch to 5k graduation with their helium balloons and in the café tucking into coffee, rolls and sausage and the now famous empire biscuits. 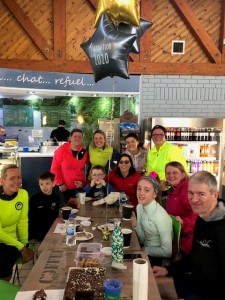 Having been a graduate of this particular school too also at the end of December at the age of 51, I have every admiration for anyone embarking and achieving this journey from couch to 5k.

But none of this would be possible without the volunteers. This week after my run I was token sorting in the café and as I placed them all out on the table, I noticed that each token was proclaiming “I belong to parkrun” and I thought on a Saturday morning – we all do
#IWD2020 #thisgirlcan