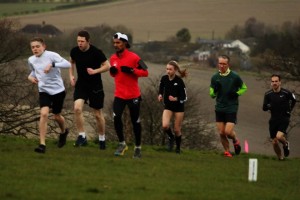 On a chilly, breezy, muddy and overcast spring morning, 79 people ran, jogged and walked the course. Of these, 27 were first timers to Dunstable Downs (including me!), of which 6 of these were doing their first ever parkrun. Not doing their first parkrun was Paul FREYNE with an impressive 555 parkruns in total! 12 participants recorded new Personal Bests, with representatives of 17 different clubs taking part. Well done to all involved!

Today's full results and a complete event history can be found on the Dunstable Downs parkrun Results Page.

Dunstable Downs parkrun today was my 22nd different parkrun venue. I live up in Stockport (Greater Manchester area) but was in the area visiting family this weekend, so took the opportunity to do a spot of parkrun tourism as part of a longer training run. It's amazing that although the concept of parkrun is the same wherever you go, you get so much variability between courses depending on the location. I have to say that Dunstable Downs is one of the most interesting and fun courses I've done on my travels - a proper undulating cross-country adventure with some fantastic views of the surrounding countryside, and a nice challenge too (in a good way - don't let this put you off if you're reading this trying to decide whether to come or not!).

As always, the thing that makes parkrun so great is the friendly supportive atmosphere. Please remember that parkrun is only possible because of all the amazing volunteers. If you haven't volunteered before please consider supporting your local event, especially if you're a regular participant. Thank you to the 18 people involved today: 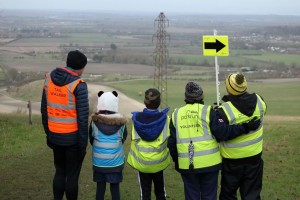 Hope to see you all again soon the next time I'm down this way!

Dunstable Downs parkrun started on 23rd February 2019. Since then 2,457 participants have completed 4,728 parkruns covering a total distance of 23,640 km, including 705 new Personal Bests. A total of 175 individuals have volunteered 688 times.

Along with Sport England's "This Girl Can" campaign, parkrun will be celebrating International Women's Day on Saturday 7th March 2020.

We'd love it if you could spread the word and encourage more women to come and join us, why not bring a female friend or relative to come along for their first parkrun.

Run, jog, walk or volunteer everyone is welcome at parkrun and remember to join us for a cuppa and a chat afterwards in the National Trust cafe. 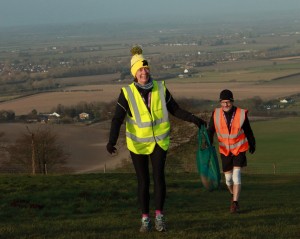 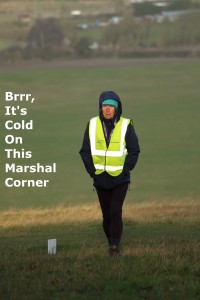 It was another mild but blustery day on the Downs (a slight understatement on the blustery bit!!)

64 brave parkrunners turned out to sample our course change, of which four were completely new to parkrun so welcome, Abby FLETCHER, Jeremy Roberts, Devendra PATEL & Kruti PATEL. I hope you weren't put off by our challenging course & we'll see you again soon. Remember this is no longer Saturday it's parkrunday!

We have eliminated going through the boggiest part of Chute Wood until it's dried out, so a little extra stress on me to make sure no one got lost! Fortunately all went well and we didn't lose anyone this week!

We also had a milestone this week with Jeremy CURTIS reaching 50. Congratulations and welcome to the 50 club

If you feel at all guilty that so many of us volunteer week in week out to put on this event please e-mail in at dunstabledownshelpers@parkrun.com and offer your services, even better join the team and have a go at RD ing, we really need some more permanent help, and we are nice (honestly)

Great News; This week we've had discussions with the NT rangers and agreed a slight change in the course to prevent further damage to Chute Woods. This will be temporary until we're over the rainy season. Please make sure you attend the run briefings which start at 8:50, there will be important information regarding the change & we don't want you getting lost! See you tomorrow #DFYB

In Douglas ADAMS’ Hitchhikers Guide to the Galaxy “42” was the answer to life the universe and everything. And so….

In the beginning parkrun was created.
This has made a lot of people very happy and been widely regarded as a good move.

On January the 25th 2020 atop a remote escarpment of chalk downs on an insignificant blue-green planet in the unfashionable end of the western spiral arm of the Galaxy, an extraordinary event took place. A cluster of bright, smiling, lycra clad, carbon-based life forms converged to enjoy the 42nd Dunstable Downs parkrun.

Many had been ready to enjoy this the week before too but the meadows were wetter than a Sqornshellous swamp and so, sensibly, the event was cancelled.

But, this week, the lakes had subsided to a mere "not too much standing water" and we were on! 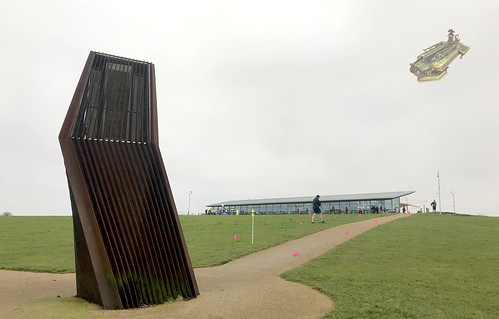 The hilltop setting of Dunstable Downs, with it's big sky and 2001 Space Odyssey like structures did have a Sci-Fi sort of feel to it this morning.

Dunstable Downs is a glorious location for a parkrun, even on a grey day. It has the added bonus of a cafe within arms reach of the start and finish (more on that later).

80 parkrunners arrived to enjoy the view and the elongated 5k lap along the top of the downs. Of these 4 (that we know of - because 9 finishers were barcodeless alas) were completing their first parkrun ever. Well done to Joshua FENNESSEY, Malcolm CROFT, Dean FENNESSEY and Ella PAGE-WAKE, we hope you enjoyed it and come back again soon.

There were also 37 visitors, disappointingly none were from Alpha Centuri but Solihull and Guildford were still respectable distances to travel from. Several visitors mentioned that they were "escaping" from the huge numbers now attracted to other parkuns not so far away, and enjoyed the smaller numbers on the downs. I quick bash of the calculator shows that only 29 there had actually ran Dunstable Downs before.

I was also visiting DD parkrun for the first time, at least officially. I took part in the test event but haven't made it back since. I loved it. Great location, great course, fantastic facilities and a wonderful team (and more on them later too). 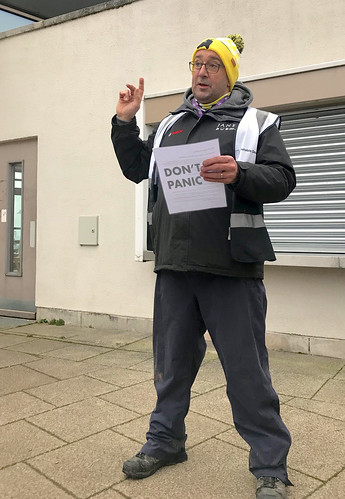 Life the universe and everything

RD Marcus MITCHINSON gathered everyone on the start line. It was a bit nippy, not really cold, but everyone was keen to be off. "Three, two, one....." For a moment, nothing happened. Then, after an instant or so, nothing continued to happen. "Did I say 'go' yet?" asked Marcus and then added "GO" quickly. And we did. Over a slightly rough downhill section, onto a short stretch of tarred path (slippy with old trail shoes!) and then looping back and onto grass and tracks for most of the remainder. It's like a really enjoyable Cross Country run. The course is very well marked and dotted with encouraging marshals. Winding through woods, meandering through sheep pastures, past a bowl of petunias (oddly) and then the mud.

Eskimos have over two hundred different words for snow, without which their conversation would probably be very monotonous. We should have the same for mud. Clag, ooze, mire, silt, sludge and muck were insufficiently descriptive. in conversation afterwards we agreed the best tactic is to go straight and go fast. Trying to pick a route invites face planting.

I really enjoyed it but it was hard work. 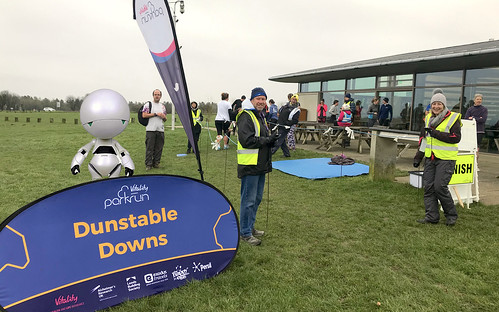 The brilliant Finish Line team in action with timers Claire and Richard. Someone missed an opportunity to equip Marvin with a hi-viz jacket though.

So long and thanks for all the stats

In Douglas ADAMS' book he introduced the idea of an "improbability drive" - basically it allows you to travel at improbable speeds. We might just have seen evidence of this, as I marvel at how anyone can get round that course in less than 22 minutes.

Tom FERGUSON and Andy EAKINS (both visitors) managed to do just that. Respect. Missing out by just one second, but gaining an impressive PB along the way, was regular Dunstable Downs junior runner Joshua HAMPSON WALLACE. Well done.

The first female finishers were Lynda HEMBURY, Niki RAINE and Abi GOOCH (the latter two were both running DD for the first time). Taking good-ol’ age adjustments into account Lynda had the highest (at 86.69% - another improbable result!) followed by heroic efforts from Mark ELLINGHAM and David WALLACE. There were no official milestones completed but kudos to Linsey MAYNARD who completed her 50th different parkrun location (and her 186th run overall).

Linsey was joined by a group from Ricky Running Sisters - and it was great to see them altogether.

Colin DINWOODIE was the most runniest runner, competing his 464th event. He’s well on track for his hooloovoo coloured T-shirt when he reaches 500 later this year. Splendid.

Special mentions go to Scot BYFORD who finish with a beautifully symmetrical time of 24:42.

Ian SHORTHOUSE, visiting from Crystal Palace, was the 42nd finisher (he’s also done 426 parkrun) and so earns a special mention.

I looked in vain for anyone called Arthur. There was no one with the surname Dent or Prefect. There were certainly no Trillians or Zarniwoops. 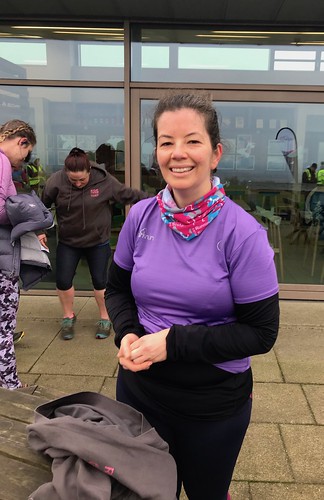 The restaurant at the end of the car park

One of the things I enjoy most about parkrun is having a chat in the cafe afterwards. Dunstable Downs is blessed by having a great place to chill right alongside the finish funnel.

Sadly it's not called Milliways but "Chilterns Gateway" has the word gateway in it and so scores half a point.

It's a great spot and from its large windows you get a real sense of the changing seasons.

This morning I had to dash off early...but I'll make a point of staying after my next visit later this year. 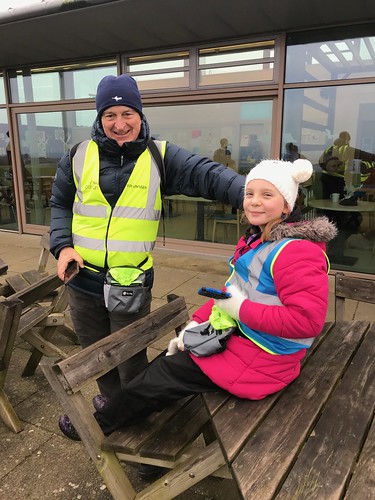 Isobel and her "useless" assistant Paul - doing a great job on barcode scanning.

As noted earlier only 29 of the 80 parkunners had completed a Dunstable Downs parkrun before and so it is all the more remarkable that they'd mustered just short of half that number as volunteers.

I have to say that it was an especially friendly and cheerful team (something I've heard often before about Dunstable Downs).

We encourage all parkrunners to volunteer a few times a year. If you can help on any future date, or would like to find out more about our volunteer and helper roles, please email us at dunstabledowns@parkrun.com. Several of Dunstable's helpers have never completed a parkrun (or plan to do one!) they just enjoy and get a lot from the experience. Perhaps you know someone who'd get something from helping. Again email dunstabledowns@parkrun.com if so.