This will probably be recorded as the wettest parkrun known to man and not only that but it was mine and Matthew’s wedding day. 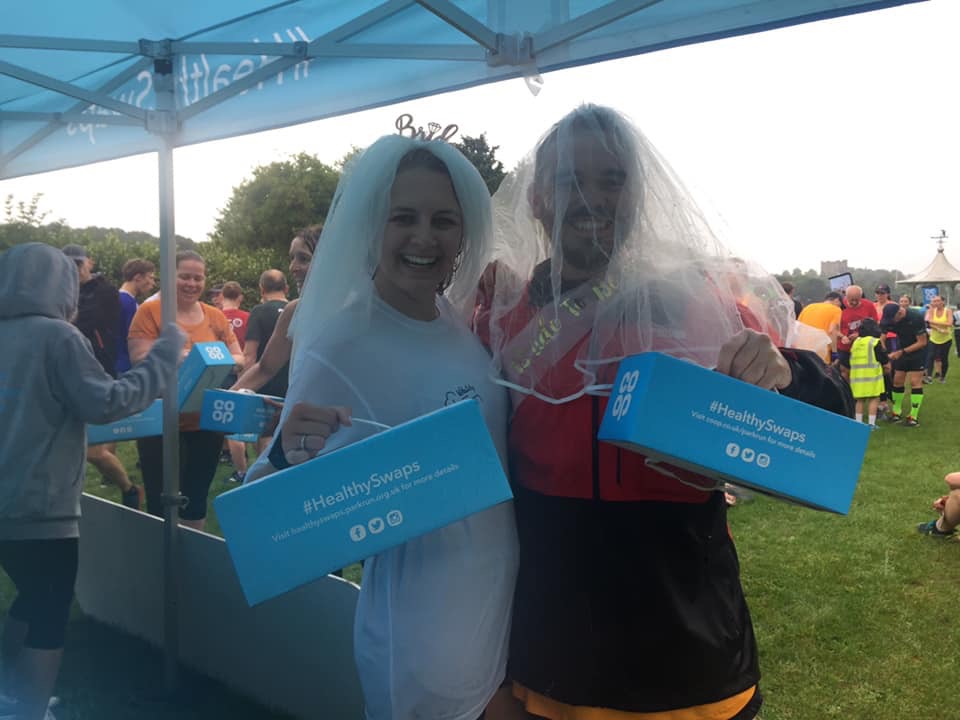 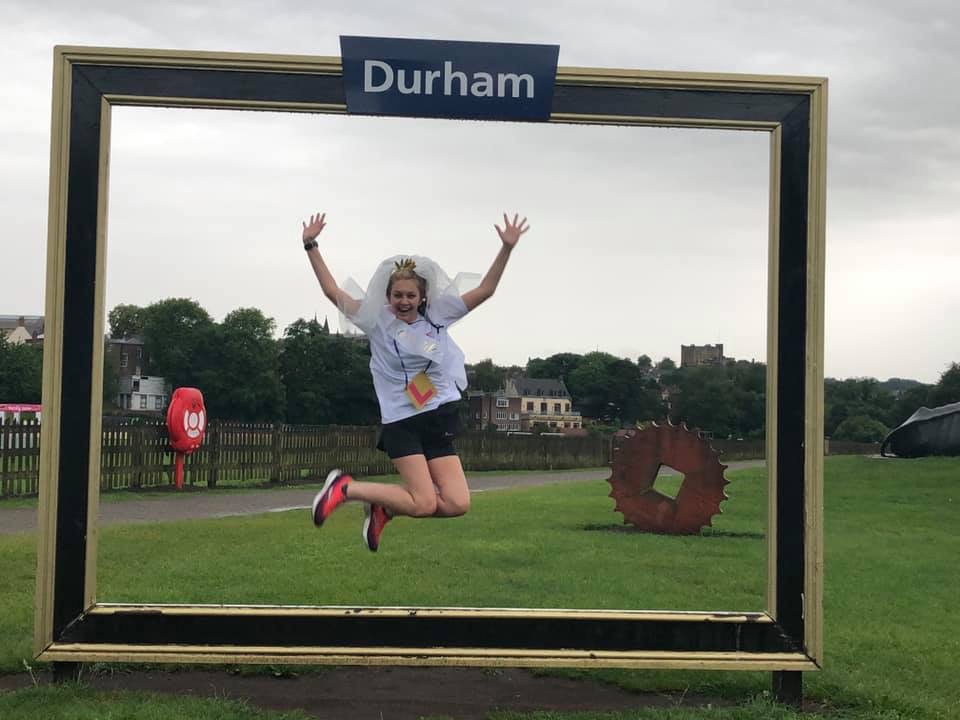 Ever since I joined the parkrun family back in November 2015 parkrun has became a huge part of my life and my wedding day wasn’t going to change that.

The heavens opened and everyone was soaked but that didn’t stop the 226 brave parkrunner’s not to forget the 28 volunteers that made the parkrun possible!

The last Saturday of the month at Durham parkrun is pacing week, which helped 20 people managed a PB. Maybe it was the fact they just wanted to get out of the rain so they dashed around the course. Well done to all of you.

Also well done to the fantastic 4 people that did parkrun for the first time, you smashed it and I hope your next parkrun is slightly less damp!

I started with my husband to be (who also wore a veil) a few groomsmen and my best park running friends and we all stuck together throughout the event. It was such a special 5k. Thank you to everyone who ran past shouting out ‘congratulations’ and my personal favourite ‘are you crazy’, which maybe we were, slightly.

Thank you to the Co-op who were at the finish giving out healthy swap boxes. It was a welcome treat.

As for the wedding, the rain didn’t stop, sadly. But it was the best day ever. And at least the parkrun warm up meant that running for shelter during photos I didn’t pull a muscle! I’m already looking forward to parkrun next week. Hopefully I’ll see you all there.

So onto the stats.

This week 226 people ran, jogged and walked the course, of whom 27 were first timers and 20 recorded new Personal Bests. Representatives of 29 different clubs took part.