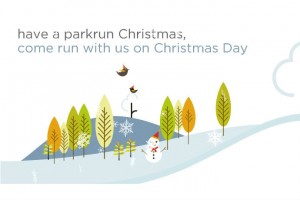 We invite you to be part of our research with selected parkrun sites (Swindon and Mile End, England; St Andrews, Scotland; Ballymena, Northern Ireland) in 2015. Our aim is to better understand how parkrun engages people to be active and to identify inclusive strategies to build on this success in the future.

We are particularly interested in understanding how parkrun engages people from different social backgrounds (low income, women, black and minority ethnic groups, older adults as well as people who have been inactive or are managing health conditions eg, overweight, cancer, diabetes etc). We have received funding from Cancer Research UK to do the project and we will share our findings widely with parkrun and beyond.

We would like to hear about your experiences in our online survey so please follow this link for more information (we will also bring paper copies when we visit on Sat. 6th June). The survey link is now open for a month.

We would also like to conduct some in-depth interviews with selected parkrunners/volunteers. If you wish to share relevant photographs of yourself that represent the meaning of participation, we would be happy for you to bring them along (digital or hard copy). You can email us or tick the survey box to say that you would be happy to do a 30 minute interview when our team visits on Saturday 6th June, 2015.

We would like to thank Susanna and the ‘Ballymena Co-Researchers’ for working with us. By taking part in the research you will provide valuable information on how parkrun ‘works’ as a volunteer-led approach to physical activity.

This research has been approved by the Department for Health Ethics Committee, University of Bath

Too icy to run safely.

Sneak in an extra run with your parkrun friends Christmas morning at Ecos.

Ballymena Runners will provide a 5 km timed run assuming it is not icy underfoot. The two lap route will start at the Visitor Centre, go over the Millenium footbridge, through the showgrounds and back along the road through the park.

For insurance reasons this is not a parkrun therefore the run will not be recorded by parkrun and you will not get an official parkrun result. The club will however have a timer at the finish so that you can find out how long you took. Refreshments will be available afterwards in the Centre.

In the unlikely event that it will be too icy for a safe run there will be a post on Facebook by 8.30 in the morning.

We have decided to cancel Ecos parkrun tomorrow Saturday 19 on grounds of safety. The forecast is for a combination of snow with freezing temperatures overnight. This means that the course is likely to be slippy and the long untreated road into the park will present a hazard to drivers. Sorry to disappoint but we'd rather do that than have someone get injured on their way to or at parkrun. Please spread the word and follow our Facebook or website for news of next week's parkrun.

Well done to our Sweatshop Monthly Prize Winner for August who is Peter Hamilton.  When he was younger Peter ran as part of his conditioning for his main sport of rowing but he admits that fell by the wayside while his family were growing up.  Now that they are in their teens he has enjoyed getting back to running.

Peter now regularly travels to Ecos from his home in Doagh, often with one or two sons.  They are not so much in tow as leading him around the course and one week the three of them featured in the first ten finishers.

It is just as hard to achieve PBs when you are already running under 22 minutes but Peter’s progress has been steady with three PBs at Ecos in August.  He even headed to Victoria parkrun the week Ecos parkrun was cancelled where he matched his Ecos PB.  Peter tells me that he looks forward to Ecos each week but resists looking at his watch at the end of the run and instead looks out keenly for the results to see how he has done.

We'd like to thank Sweatshop for their generosity and to congratulate Peter on his achievement.  Hopefully your new shoes will help you dip under 20 minutes.

The new perspective on Ecos was popular with runners who discovered new trails through the park and ran some well know paths the opposite direction.  A couple of opportunities to improve the route have been identified so a variation will be tried next week which we hope will be close to the final route.

The course has not been officially measured yet and some runners felt it was slightly shorter than the old route which may account for as many as 41 PBs today.  Ciaran Ferris was first over the line in 17:46, Diarmuid O’Kane was second in 17:56 and Connor Ashley McQuillan of North Belfast Harriers, was third in 18:05.

Numbers were a bit lower than usual at 78 as many Ecos parkrunners were trying out different challenges today from the Bangor 10k to trail races of varying lengths up at the Giant’s Causeway.  Hope you had fun.  Welcome to our six first timers at Ecos - Jarlath, Ryan, Andrew, Catherine, Anna and Perla.

The wetter conditions underfoot slowed the front of the field a little with few PBs in the top twenty however that did not stop 23 runners in total from achieving PBs.

This week marked six months since we brought the first parkrun out of Belfast and to Ballymena.  Susanna was able to announce that, thanks to the great enthusiasm and support everyone has shown for Ecos parkrun, the council has arranged for the event to be based at the Ecos Visitor Centre starting from next Saturday.

This will give us much brighter and warmer surroundings for gathering before the event, storing equipment and managing results.  The café area will be far more comfortable for relaxing and enjoying company after the run and it will make the event more family friendly with access to a playground.

The route will be changed to allow us to start and finish near the Visitor Centre.  We will try out the new route or variations of it in October and look forward to your feedback.  Once we are satisfied that we have a safe, practical and enjoyable route we will get it officially measured and permanent signs put in.

The conditions today were bright and calm, perfect both for running and enjoying the spectacle of 115 brightly clad people winding their way around the paths of Ecos.

We were  delighted to welcome inspirational local runner Brigid Quinn to her first parkrun and she did not disappoint. Brigid who runs in the Veteran Women (VW)65-69 class finished 46th overall in 24:22. When this is adjusted for age she is graded at 88.44%. To put this in perspective this is equivalent to a woman in her 20s completing the course in an eye-watering 16:47 and is a higher standard that any of our male runners to date – sorry guys!

There was another record turnout of 115 runners, of whom 16 were first timers and 54 recorded new Personal Bests. Jack Neeson of Tyne Bridge Harriers was first over the line in 17:30, Ciaran Ferris was second in 17:58 and Connor McQuillan of North Belfast Harriers was third in 19:12.

To make it easier for processing results every week we’d ask you all to register and to make sure you bring a barcode that scans. If you do not have access to a printer then you can forward your weekly e-mail from parkrun to ecosoffice@parkrun.com and we’ll print one for you. Once you have a good barcode we can keep a copy for you.

Today's full results and a complete event history can be found on the Ecos parkrun Results Page.