Let me start off by saying that Ellenbrook Fields is my favourite parkrun course. There are three reasons for this:
1. It is a beautiful and historic course. Try coming back on a non-parkrun day and walking the course. It is very peaceful and there are boards on the way around, describing the history of the park.
2. The organisers are a truly terrific group.
3. It is almost pancake flat. Is this last the most important aspect? Who knows, but it is very compelling. 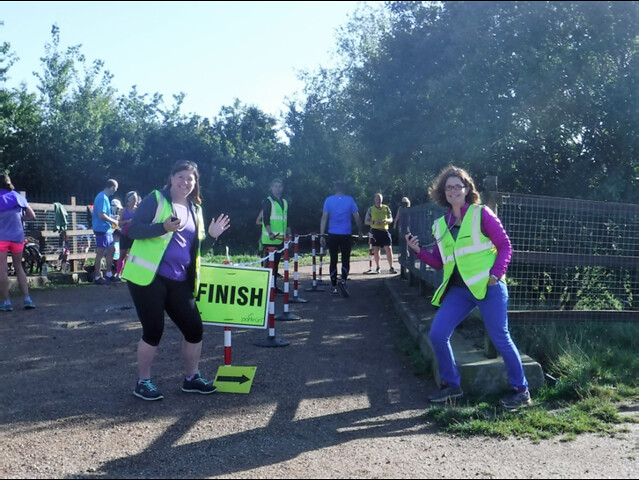 (The best sight on the course. Is it the ladies or the finish?)

This week 139 people took part at Ellenbrook Fields. This was quite a few less than last week. Could it have anything to do with the heavy rain of the previous evening? 20 were first timers, 9 of whom were running their first parkrun anywhere. 23 recorded new Personal Bests. Congratulations to all of you who did this.
Representatives of 9 different clubs took part. Garden City Runners, with 21, were the most represented club.

It was Melissa Mileham’s birthday yesterday, so we wish a Happy Birthday to Melissa!

Conditions were a little wet underfoot. As Tim said at the start, ‘You are going to get wet feet.’ But it was a lovely morning with just a light breeze. Although, as I’ve said before, how a light breeze can feel like such a gale-force headwind out there between about two and a half and three and half kilometres, I don't know. 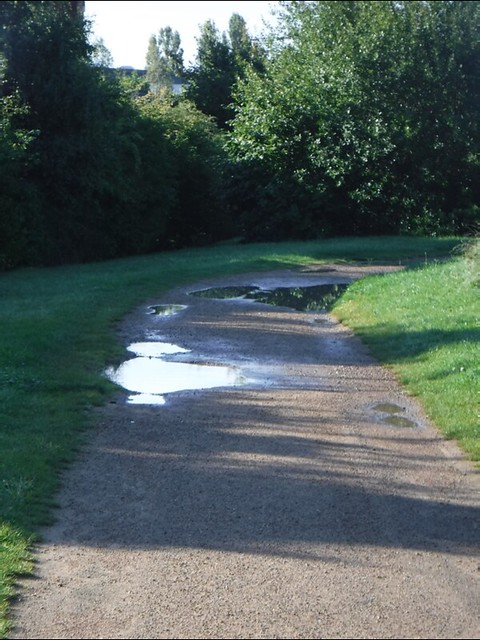 The full results can be found on the Ellenbrook Fields parkrun Results Page, together with a complete event history.

This week's report was written by Jim Davis. He'll do almost anything to get his 25th Volunteer t-shirt, but still has a way to go.