Yes we are holding a parkrun on Christmas Day at 9am!

This week 137 people ran, jogged and walked the course, of whom 16 were first timers and 22 recorded new Personal Bests. Representatives of 10 different clubs took part. 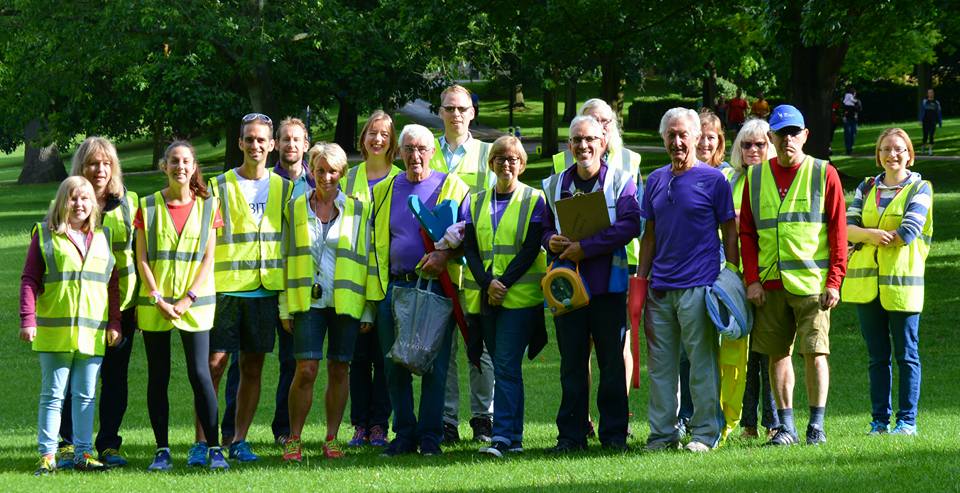 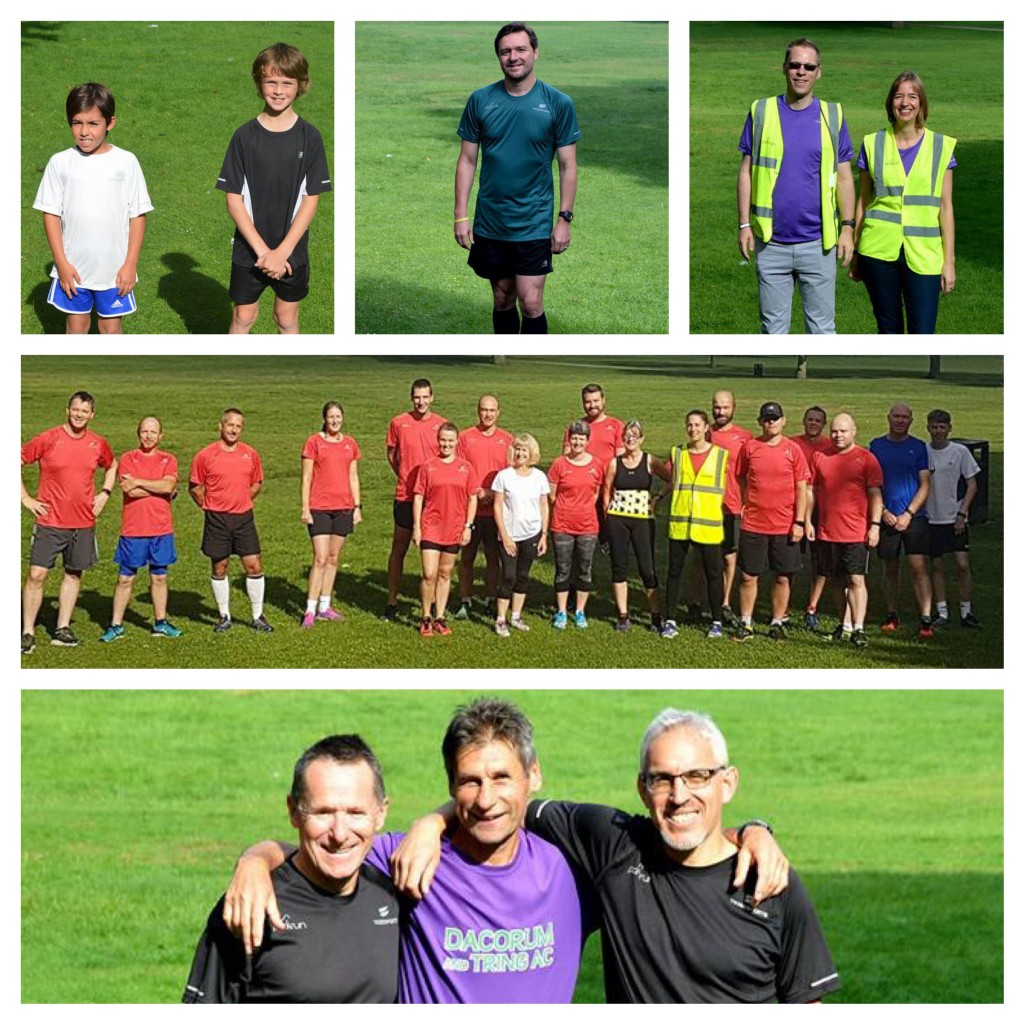 This week, everyone who had earned a milestone t-shirt (Juniors running 10 parkruns, adults running 50, 100 or 250 and volunteers who had volunteered 25 times) was invited to proudly wear their shirts. Plenty did and hopefully plenty more will next time too!

One of the volunteers listed above wasn't intending to be a volunteer this week! Jethro Blackband was running when came across another runner who had collapsed with a knee injury. Paramedics were called, attended and the injured girl was taken to hospital. While that was going on, Jethro stayed by her to help, giving up his run! That's the spirit of Parkrun, so thank you Jethro, thank you to the paramedics who arrived so quickly, and thank you to the runners and marshals who made sure that the injured runner was attended to so quickly! 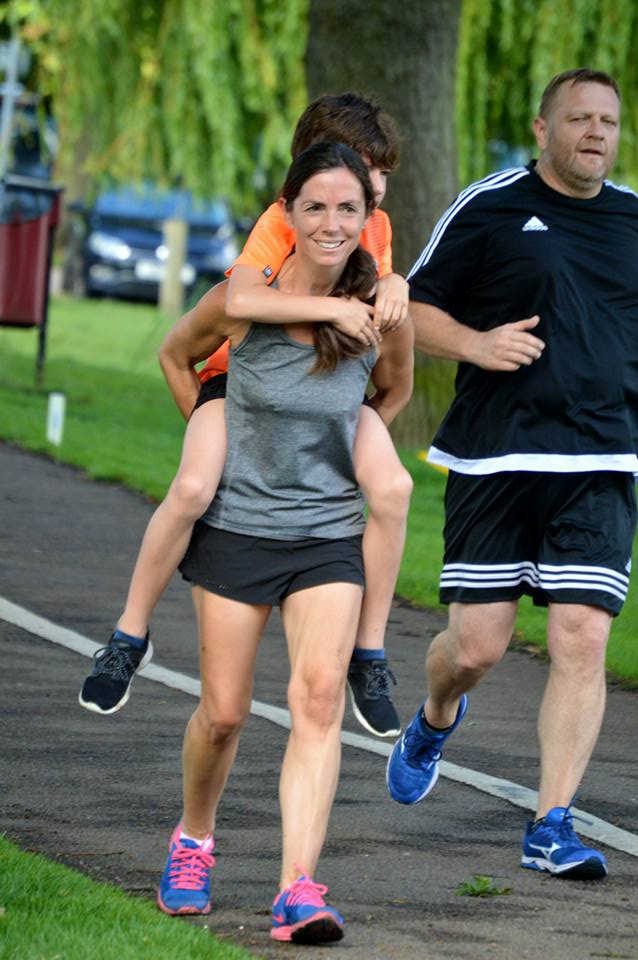 Elsewhere, mum came to the rescue for another injured runner. We're looking into whether there is anything in the rules about being piggybacked across the finish line! 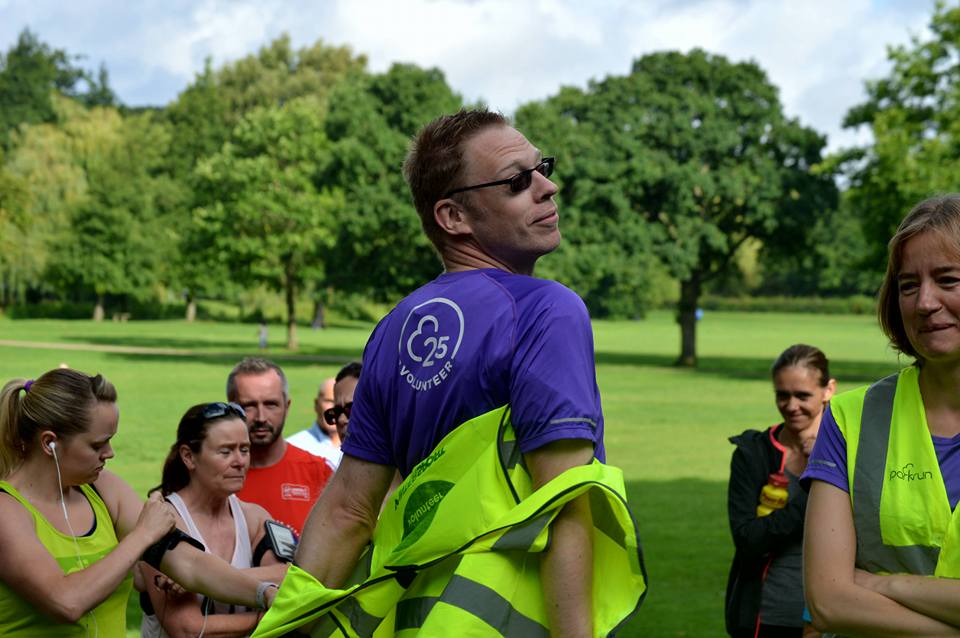 If you too would like to earn yourself a lovely purple t-shirt, as modelled here by one of our lovely team, why not volunteer with us? We always need more people to make sure the run is able to go ahead, safely and successfully. Parkrun is only free because of all the people who offer their time to make it happen! Check out how you can help here: http://www.parkrun.org.uk/gadebridge/volunteer/ 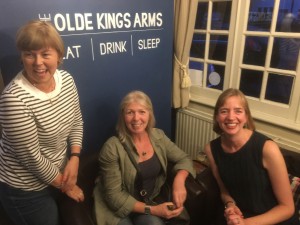 Saturday evening a good number of volunteers and runners met for drinks in the Olde Kings Arms in the High Street. It was good to see so many there, and not a technical t-shirt in sight! We'll be doing it again later in the year and hopefully even more can be there! 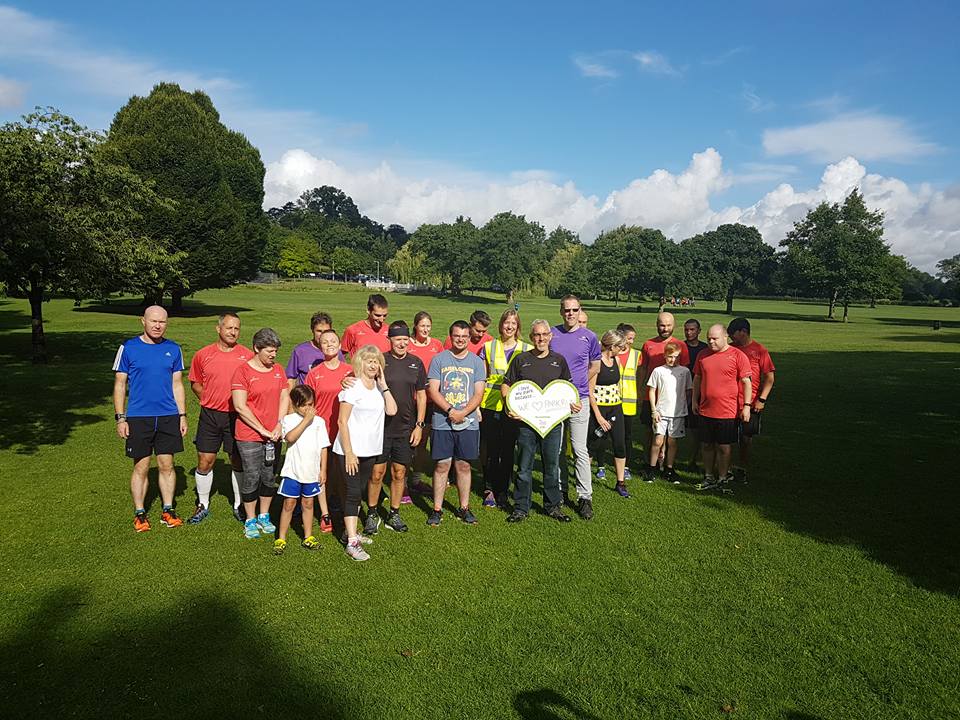 Now in it's 11th year, it's Love Parks Week! And who loves their park more than a parkrunner? It's in the name! We showed our love for the park with the Dacorum sign. Hopefully we can all enjoy Gadebridge for many years to come, both running and relaxing, and soon, splashing in the upcoming splash-park!

The full results and a complete event history can be found on the Gadebridge parkrun Results Page. 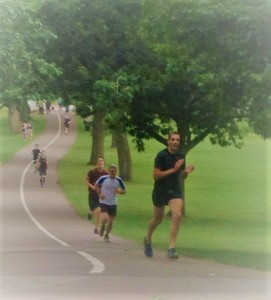 This week 157 people ran, jogged and walked the course, of whom 23 were first timers and 46 recorded new Personal Bests. Representatives of 14 different clubs took part.

The event was made possible by 20 volunteers: This week's Run Director, for his first time, David GOODMAN, and these brilliant helpers, Carol SKATES, Huw HAMER, Rupert MAINWARING, Jaqui SAMPSON, Clare CAVENAGH-MAINWARING, Terry NICHOLSON, Mustafa READDIE, Jenny BARNETT, John JALES, John SLACK, Jenny BAINES, Peter TUCKER, Patrick MOSTYN, Gordon HOWAT, Joe MOSTYN, Clare MARTELL, Lisa WHEELER, Finn WHEELER & Ruby WHEELER. Thank you to all the volunteers who helped this weekend. If you'd like to add your name to the list, you can sign up on the Gadebridge Parkrun page. We'd love to have you join us! http://www.parkrun.org.uk/gadebridge/volunteer/

This week saw tourists visiting from as far away as Canada and South Africa! We love to see tourists from everywhere, so if you have family and friends visiting, bring them along! 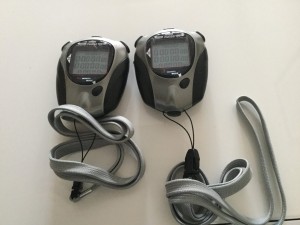 This week your timekeepers were using new stopwatches, fresh from Parkrun HQ! The original ones were suffering a bit from a couple of winters and spring showers, and we wanted to make sure that everybody got the time they earned!

Those of you who are signed up to our Facebook group will already know that you are all invited to join the core volunteers at the Marchmont Arms next Saturday (22nd July) for an informal get-together! We'd love to get to know you and see what you wear when you're not in technical t-shirts and lycra! 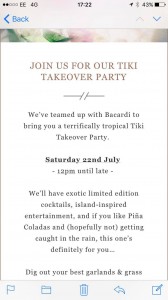 Since we booked the date, the Marchmont have announced that they will be having a Tiki Beach Party that weekend, so you can either dress to impress, or dress for the beach!

A beautiful day in Gadebridge

The weather is improving and so are the times! The ground was firm, the grass was cut and the air was cool and still - perfect parkrun conditions! This week 124 people ran, jogged and walked the course, of whom 21 were first timers and 40 recorded new Personal Bests. Representatives of 7 different clubs took part. Four canine runners also joined in, but sadly none of them remembered their barcodes. The event was made possible by 17 volunteers, to whom our sincere thanks goes out! Without you, parkrun isn't possible. If anyone would like to volunteer in weeks to come, check out the volunteer page to find out how you can help. Today's full results and a complete event history can be found on the Gadebridge Parkrun Results Page, but here are the highlights.

Coffee in the cafe

Our regular café in the Old Town, Elbows Off The Table, is under new ownership, and the new owner, along with the parkrun team, would be pleased to see you for a coffee, tea or maybe a cake after parkrun. The café currently opens at 10:00am on a Saturday, but rumour has it that if enough runners want to stop in, they will open earlier just for us, so please support one of our lovely local businesses.

We're counting down to our 2nd birthday on April 29th - put the date in your diary now! Gadebridge parkrun started on 2nd May 2015. Since then 2,386 participants have completed 10,515 parkruns covering a total distance of 52,575 km, including 2,273 new Personal Bests.