This week we had 45 children (and dozens of accompanying & supportive parents !) , of whom 13 managed personal best times; very well done to all of you.

We also welcomed 6 first timers , which is always great to see!

There were no milestone wristbands to hand out this week ( for children who would have been completing their 11th, 21st or 50th Gedling Junior parkruns), but we were able to give a huge round of applause to celebrate the amazing achievement of Tegan, who was completing her 150th junior parkrun; well done Tegan!

Our first finisher this week was Leo, and our ultimate finisher was Charlie, who was also serving as one of our Tailwalkers (Tailwalking is one of the many roles that you can try out, if you join our group of volunteers).

It would be really great to have additional helpers, to make sure we can run the event every week (once again this week we didn’t know if we had enough volunteers until Saturday night) , so If you’d like to join our merry band of volunteers from time to time, please email us at: gedling-juniors@parkrun.com, or contact us through our Facebook page (Gedling Junior Parkrun).

Hopefully see you all again soon !

Sunday’s Gedling junior parkrun was our 213th in total, and our 19th post-lockdown run , and hasn’t time flown. It really is a joy to see all those smiley happy faces every Sunday morning again !

This week we had 40 runners (plus many enthusiastic and supportive parents !) , of whom 13 managed personal best times; very well done to all of you.

We also welcomed 9 first timers , which is always great to see!

Our first finisher, for the second week running was Bella, and Abigail earned her half marathon wristband for running her 11th Gedling Junior Parkrun. Congrats to both of you!

Thanks to our 21 enthusiastic volunteers this week, for their energy and encouragement to all the runners, and without whom this event wouldn’t have happened and in particular to our Volunteer Coordinator, Tamsin, for her efforts throughout the week !

It would be really great to have additional helpers, so If you’d like to join our merry band of volunteers, please email us at: gedling-juniors@parkrun.com, or contact us through our Facebook page (Gedling Junior Parkrun).

It was great to see so many runners (47 this week, our second highest attendance since we returned in April), and a big welcome to the 11 of you who were attending for the very first time.

Well done to all of you children (and accompanying parents, of course !!) , and especially well done to the 14 of you who achieved personal bests this week – just amazing !

Photos of this weeks action are on our Facebook page.

Huge thanks to our merry band of volunteers, who this week were:

Hopefully see you all soon !

Twenty six of you came to run this Sunday. Quite a lot of you managed to get your dads out of bed to do it, too. Kudos to you!

Leo Cave did a great job as your first finisher. He's been the first finisher pretty much every week since we came back. This week he set a new PB, too. Well done Leo, you were flying! Matthew Scotney wasn't far behind on his first run on Mount Gedders. Hope you enjoyed it and come and have another go, now you know the course.

Actually, a lot of you got PBs this week. Eleven of you, which is nearly half of everyone running.

None of you made a milestone, which is just as well, since I forgot to mention it in the run brief (my bad!), but I spy a few of you have them coming up in the very near future as you complete your 11th, 21st, 50th or 100th junior parkrun.

There was one milestone in the volunteer team. Alice Townend completed her 25th volunteering and probably the last one for a little while as she goes on maternity leave. Good luck to you and the family. We look forward to meeting the newest member of your team when we're allowed to.

Photos from the day can be found on our facebook page.

If you'd like to volunteer for a coming week, please let us know.

The 30th May 2021 is Gedling Junior parkrun's 200th event and we're going to party! Because we've missed Christmas jumper runs, Easter egg runs, birthdays, Halloween, Star Wars Day and all the rest, we’ve declared it to be Happy Everything Day and invite you to come in the fancy dress of your choice. So, if you want to dress as a snowman, you can! 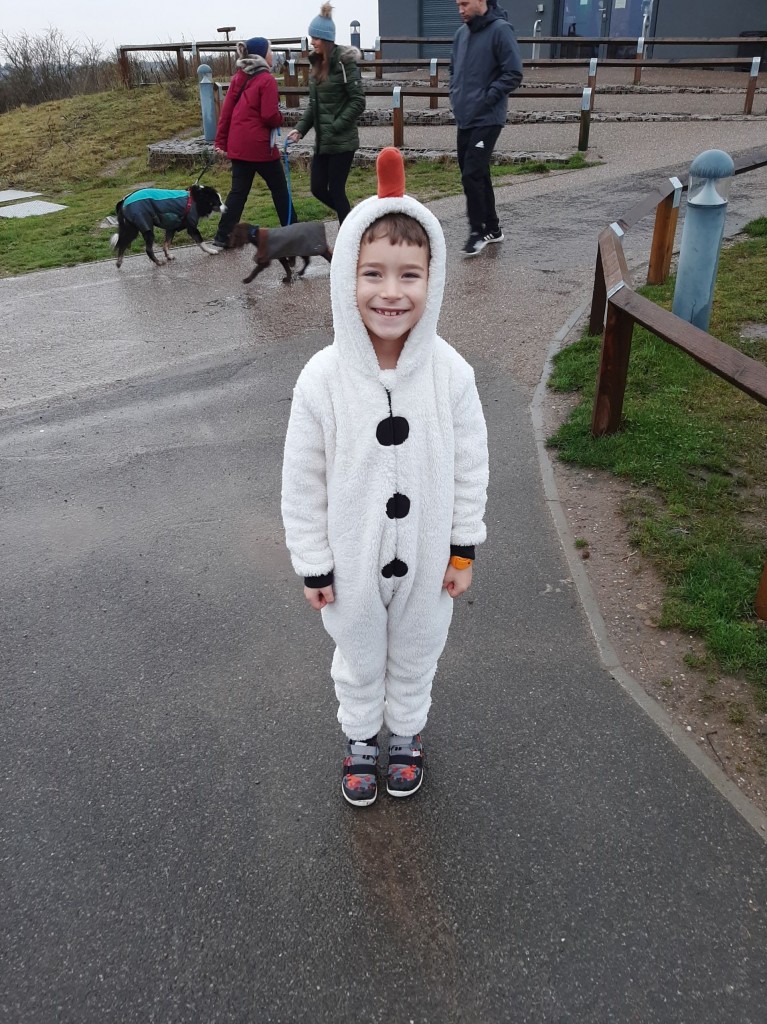