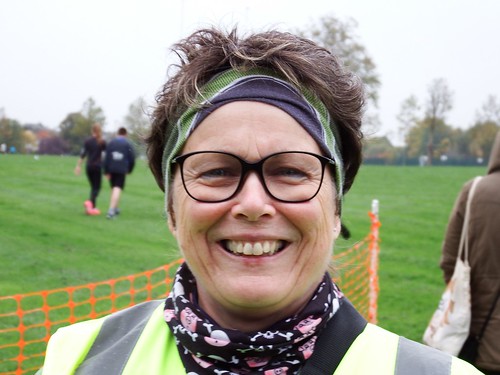 Mary Buggs (aka Buggsie) grew up in Eastbourne by the sea. Her passion for horses began at 7 years old when she attended the local riding school, Wayfaring Down. In Autumn 1962 the school was to close and so the RSPCA issued an appeal, which made national news, inviting members of the public to write in if they could offer a horse a home otherwise the horses would be put down. An 11 year old Buggsie sent off her request and a week later an RSPCA officer arrived at her house offering a horse on the following condition: “She’s yours if you can show us where you’re going to keep her”. This came as a surprise to Buggsie’s father, Alf, a SubPostmaster, who answered the front door and had nowhere to keep a horse. So Buggsie ran across the road to a neighbour and asked if she could keep her horse in their field. Luckily they agreed and so from then on (until she left Eastbourne aged 26) Buggsie began what became a way of life: visiting Pandora (her horse) before school when she would feed, water and groom her, check her over for any cuts and bruises, move the hay which was in bales, carry the water which was in buckets and shovel the manure which was in regular supply. After school, Buggsie would repeat the process. Owning a horse was far from glamourous. It was hard work, but worth it, because it gave her freedom. The freedom to saddle up Pandora and go for an 8 or 10 mile ride on the South Downs alone. “Sitting on a horse empowers you. It gives you confidence.”   Over time Buggsie became a proficient horsewoman and entered gymkhanas (equestrian competitions) which she enjoyed but never won. At 14, her parents bought her Poppett, a pony, and at 16 when she had outgrown her pony they bought her Krispin, a 3 year old Connemara gelding. Buggsie, in turn, taught both of her parents to ride and, at 18, she qualified as a British Horse Society Assistant Instructor. From then on she was either riding horses or teaching children to ride (including children with special needs) either at the local riding school or privately. The children loved it. It increased their confidence, calmed them down and helped them develop a sense of achievement when they learned to be at one with their horse.   Buggsie’s relationship with horses also provided her with constancy. “Boyfriends can break your heart but horses never let you down.” This sounds like the lament of someone who’s been unlucky in love but don’t feel too sorry for her. She’s had 37 happy years with her husband, Dick, who at 70 years old is still as handsome as ever and, more importantly, has completed 193 parkruns, 173 of them at Gladstone Park. His PB is 25m49s. 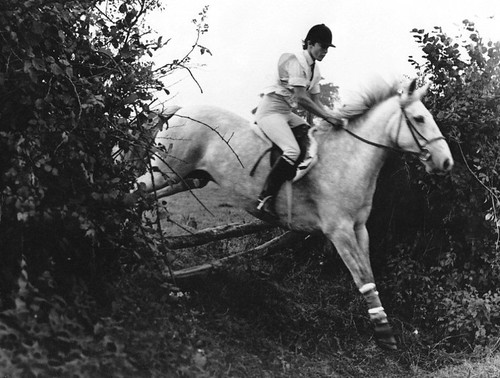 In 1978, when she was 26, Buggsie secured a job as a PA to the Managing Director of Penguin books. She entrusted Krispin to another horsewoman and moved to London. Fast forward to 2008.

The Nike+ Human Race 10K, which would start and end at Wembley Stadium, was billed as “The World’s Largest One Day Running Event, 1 Day, 1 million runners, 25 Cities in an unprecedented New Race Experience.” BUGGSIE: When I saw it in the press I turned to Dick and said “I’m going to do that.” In those days 10K runs weren’t as prevalent as they are now. Dick was very encouraging but, secretly, I think he thought I couldn’t do it but he knows that I’m determined and if I say I’m doing something, I do it.

On reflection, Buggsie’s introduction to running was through teaching because, when she gave riding lessons, she would often run alongside the horse that her student was riding. Apart from that, prior to 2008, she had done little running (without a horse) and what she had done was on a treadmill. In June 2008 Buggsie started jogging 2 or 3 times a week in Gladstone Park, in the morning before work, and she continued training until race day, 31 August 2012.

BUGGSIE: I finished it in just over 74 minutes. I was 56 years old and I’d just run my first 10K. It was amazing! I couldn’t believe I’d done it! I just remember the adrenalin and the sense of achievement. It was like being back on the horse, with the wind in my hair, except I was using my own legs.

Buggsie and Dick first encountered parkrun when they were heading home after a stroll in Gladstone Park one Saturday morning. They saw Peter Reupke setting up markers and flags around the park and asked him what he was doing. A week later, on 25 August 2012, they were both at the starting line.

“We wanted to try something new and meet new people locally and boy have we met them! It’s always an achievement doing parkrun. I can walk for miles and miles but running…it’s bxxxxx hard work. Even for Johnny Suttle it’s hard.” (FYI, the recently departed Johnny Suttle was one of the fastest runners at Gladstone parkrun with a PB of 16m42s. He now lives in Bristol.)

Always listen to the run briefing.

During the course of 2014 Buggsie found it very difficult to run but instead continued to participate in Gladstone parkrun every week as a volunteer. “It’s great to have people encouraging you, that’s why I encourage other people.” Before Christmas 2014, Glen Turner visited Gladstone parkrun to make a special presentation to her. For those who may not know, Glen is the Australian journalist who founded Gladstone parkrun in June 2012 and, coincidentally, celebrates his 250 milestone this Saturday. During his speech he alluded to why Buggsie was no longer running. At that point, as far as she was aware, the reason was not generally known. Afterwards, a female parkrunner who hadn’t been paying attention, ran up to Buggsie and asked, “What was all that business with the speech, the flowers and the cake?” Buggsie replied: “I have breast cancer.” 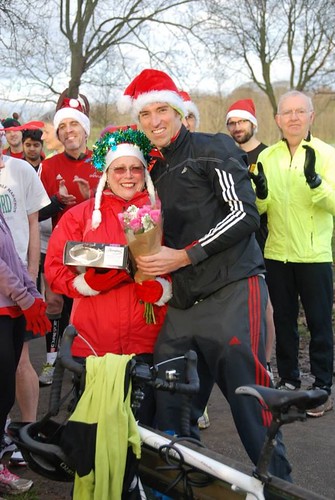