Part 2 of an interview with Buggsie Heath-Brown

Part 1 can be found here

“With each day I looked forward rather than back and with each thing I had to endure, I remembered it was for a reason”. Buggsie Heath-Brown 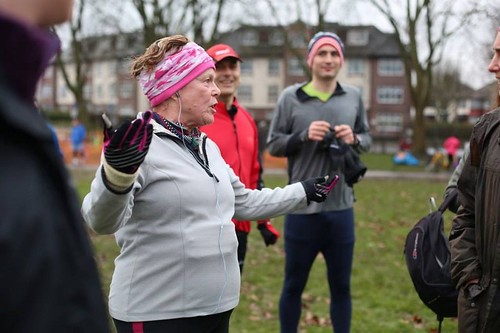 To understand what parkrun means to Buggsie we must return to Christmas 2013 when she noticed a change in the shape of her right breast. Mindful of (but not alarmed by) the implications of this, she was scheduled to receive a mammogram in February 2014 at which the radiographer said “I think you’ll be called back.” In mid-March 2014 Buggsie was diagnosed with cancer when the consultant advised, “I think that we can save the breast but first we need to shrink the tumour”. She was prescribed oestrogen blockers which do exactly what it says on the tin – they block the oestrogen feeding the tumour. Dick was with her when she received the news and took it in his stride. He was due to retire on 4 April 2014 and three days later they were due to leave for a five week holiday in India. So Buggsie went to India with Dick and her tablets, which had the following side effects: hot sweats, hair loss, joint pain, lethargy, sleeplessness and pins and needles. She had a great time.

Following her return she had a series of tests which revealed that the cancer had not spread. On 11 November 2014 Buggsie had an operation to remove the tumour and rebuild her breast. Luckily she had participated in a study which involved sending her breast tissue to California for testing and the results indicated that, given the stage of the tumour, chemotherapy would do her more harm than good. After Christmas 2014, Buggsie had three weeks of radiotherapy and on 31 January 2015 she ran her first “post cancer” parkrun. The side effects of the oestrogen blockers made it difficult for Buggsie to run at all and, despite the odds, she finished but she did not run again until June 2015. “It was soul destroying because of the joint pain.” Consequently, she returned to volunteering. “parkrun was part of our routine. Dick wouldn’t miss a week unless we were out of the country. If he can’t run, he will volunteer. I volunteer because I get to enjoy the experience vicariously through the runners. I’d like to think I’ve cheered many people on to their PBs.” To date, Buggsie has volunteered 162 times, 160 of them at Gladstone parkrun.

During her first operation, a substantial amount of tissue had been removed from her right breast resulting in one breast being substantially bigger than the other. On 15 December 2015 Buggsie had her second operation, to equalise them. It was the same day that Tim Peake was launched to the International Space Station. Inspired by Buzz Lightyear (Toy Story), as Buggsie was put under anaesthetic she said, “To symmetry and beyond”.

CMCC: How has this experienced changed you ?

BUGGSIE: My priorities have changed. I value each day more than I did before. I also feel a sense of “I’ve beaten cancer”.

To be clear, Buggsie isn’t taking anything for granted. Forgive the clichés but she’s taking each day as it comes and living it to the full. She has regular check-ups and will continue to take oestrogen blockers until 2024 but she won’t temp fate by saying she’s cured. “Let’s just say the drugs are doing their job. Dick and I are doing as much as we can and we travel more because I mightn’t have been here! He worked so hard to make sure that we would have a good retirement.” (Dick was a partner in a high street law firm.) When asked if she wanted to say anything further about her life with Dick she replied, “I know how lucky I am”.

CMCC: What are the worst things about cancer?

BUGGSIE: (1) Telling our daughter Emily. (2) Fear of the unknown. (3) Lack of control over your own body. Before cancer, I could choose if my hair was long or short - and it took me such a long time to grow my hair. Cancer took that choice away from me. Before cancer, I could choose to go out for a run without experiencing a lot of pain during or after. Obviously, that changed.

CMCC: What are the best things about cancer?

(1) I’m stronger than I thought I was, physically and emotionally. (2) After reduction and reconstruction surgery, at 65, I have the chest of a 30 year old.

Whilst out walking in Gladstone Park earlier this year, Buggsie recalls approaching a woman who was crying. This Irish lady had been diagnosed with breast cancer and had told her husband but no one else. “We walked around the park for an hour and talked. I hope that I persuaded her to tell her children.” I asked Buggsie if she had any advice for people who have recently been diagnosed.

BUGGSIE: Cancer is a journey broken into various stages: the diagnosis, the operations, the treatment, the drugs, all of the tests (MRI scans, radiation treatment etc.) and the end of your journey, which could be death, or it could be when you’re told “We’re pretty sure we’ve got it all out.” Take one stage at a time.

With each day I looked forward rather than back and with each thing that I had to endure, I remembered that it was for a reason. Don’t think about the whole journey. It’s overwhelming. Break it down into each stage and break each stage down into the things that you have to endure. For each of those things you need a good sense of humour. 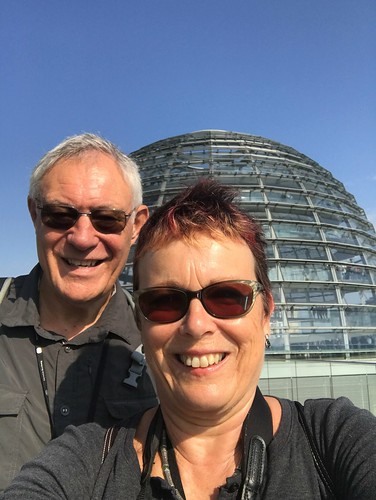 From Part One of this interview you will recall that Buggsie’s story began with a horse called Pandora. In Greek mythology, Zeus gave Pandora a box and warned her never to open it. Unable to contain her curiosity Pandora opened the box and unwittingly unleashed all the evils into the world including disease, poverty, suffering and death. Only one thing remained. The same thing you need when confronted with the prospect of your own mortality. Hope. Hope of a good life which ends with a good death, whenever that may be.   BUGGSIE: Gladstone parkrun’s 5th anniversary was coming up in June. I hadn’t run parkrun since July 2015 but very slowly over time my body appeared to be coping with the drugs so I thought I’d give it another go. I didn’t tell anybody. I was afraid that the “running” part of my life was over. That I wouldn’t be able to do it again because of the pain. It’s to do with your vitality. It’s something that I would resent being taken away from me - like my hair. On the 5th anniversary I took my jacket off at the last minute and stood at the back of the crowd waiting to start. I felt nervous but determined. I’m always nervous before parkrun. I’m afraid of failing. Glen Turner was back that week. Some time after he finished his run he returned to the playground and ran the last part of my run with me. I felt emotional when I finished. I was elated. I’m 65 and I can still do this. I can still do this even though I had cancer. I can still do this because I’m still here.   On the morning (at Gladstone parkrun) when Buggsie agreed to do this interview, I asked her why a woman in her 60s who had been seriously ill wants to run 5K, up hills, at 9am on a Saturday morning. Buggsie whispered: “parkrun is my way of saying ‘fxxx cancer!’” 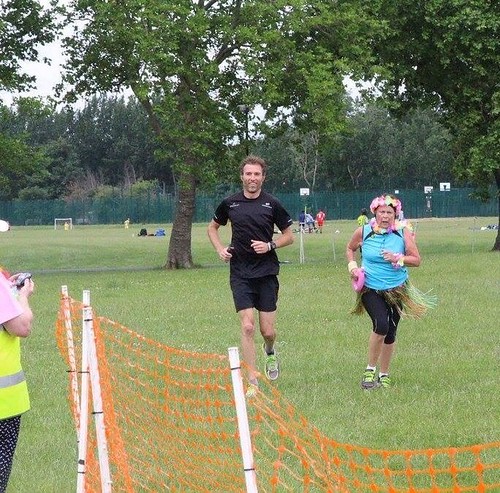