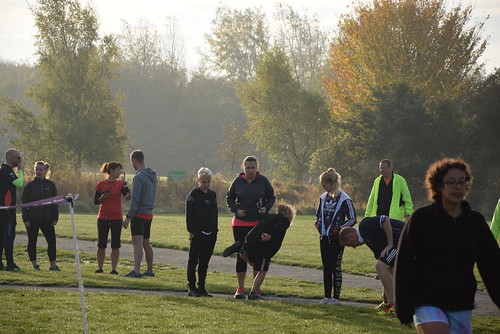 Well the enthusiastic 265 runners, joggers and walkers who came along today proved the point by achieving an amazing 53 PBs, which was higher than last week's pacer day achievement, a true vindication that weather conditions have a significant part to play in when we're likely to achieve that illusive PB

Now be honest, how many of you know your parkrun birthday? Well, we all know than Len likes a stat or two (or four) and so we shouldn't be surprised that he knew it was his 6th parkrun birthday.

To celebrate, he ran his 172nd parkrun, demonstrated his awesome finishing sprint and indulged in a little post run tipple 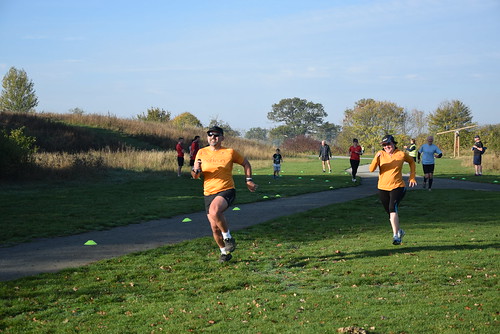 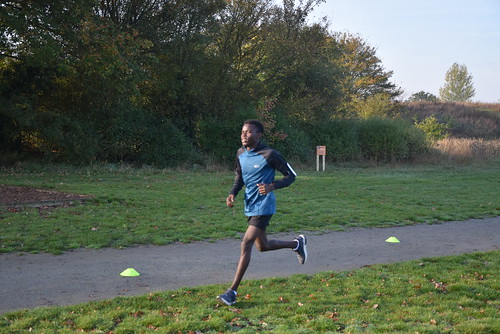 Despite the celebrations, there was still some seriously fast running going on out on the course. The first three finishers were :-

The full set of results can be accessed here. 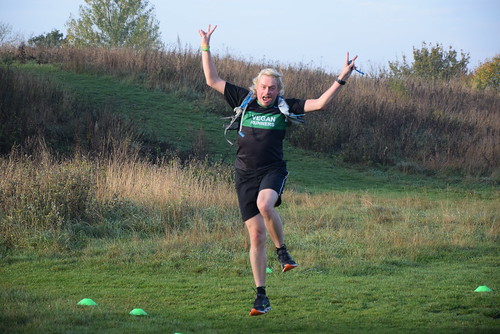 
It wouldn't be possible to make our event the success that it is without all of the hi-viz heroes, young and old, who volunteer each week and so thanks to this week's volunteers :- 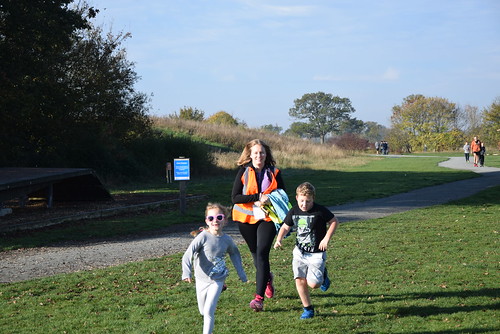 Next week the Braintree Livewell Team will be taking over and bringing us the Halloween Spooktacular event. There will be no need for us to appeal for volunteers as they will be filling all of the volunteer roles. So let your creative side run free and get creating those costumes if you dare 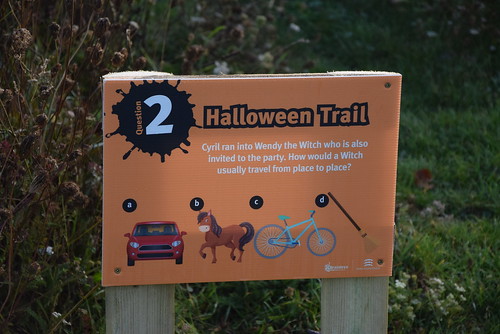 I don't know what you're wearing Dan but it scares me! 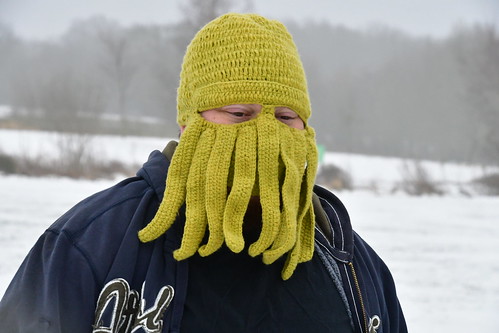 See you out on the course unless you see me first!

Great Notley parkrun - Facebook - Twitter - Strava - Flikr - Instagram
Your Core Team:-
Len - Dan - Chris H - Nicki - Jane - Mark - Chris S - Anna
With special support from Mike - Ian
Great Notley junior parkrun
Do you have an eager young runner that you can't keep up with? Or have a youngster whose little legs are not quite up to running 5km? Well you now have the 2km Great Notley junior parkrun event to consider.
It starts at 9am every Sunday and its aimed at juniors between 4yrs and 14yrs old AND they can run unaccompanied! If they already have a barcode, it'll work at the junior event too - no need to re-register!
Running to raise money for Charity
If you'd like to support our growing number of runners who are raising money for worthy causes, visit our Raising Money for Charity page, there's also details on there on how you can add your charity to the page.

Don't forget to pay attention during the runner's brief because special course changes could come into effect during ANY event!