(This contains lots of tables, photos and the like - you may want to paste the link into a grown up browser like Chrome as it'll look better)

Fear ye not, no matter what the weather is doing outside if you wear a sunny disposition inside - it's Summer all year round!

Okay, so maybe that was a bit of a hard sell - yes, it was a pretty cold week - I'll let you have that one! January really was quite insistent on going out with a chilly bang!

Results
Despite the wobbly weather 59 of you lovely lot still joined us this week for our 45th virtual parkrun event in this, our 46th week since parkrun was "paused" waaay back in March last year.

Whilst there's still no parkrun in the UK it's weirdly quite comforting to know that parkrun is still on, out there somewhere and we'll be back soon enough.

So according to Elliott Lines' Stats elsewhere on the planet there were 440 parkruns plus 3 junior parkruns, and the worldwide parkrun population was 55,442 parkrunners and 4,707 volunteers, plus any pending results.
parkrun Attendance and Milestone Stats for 30 January 2021 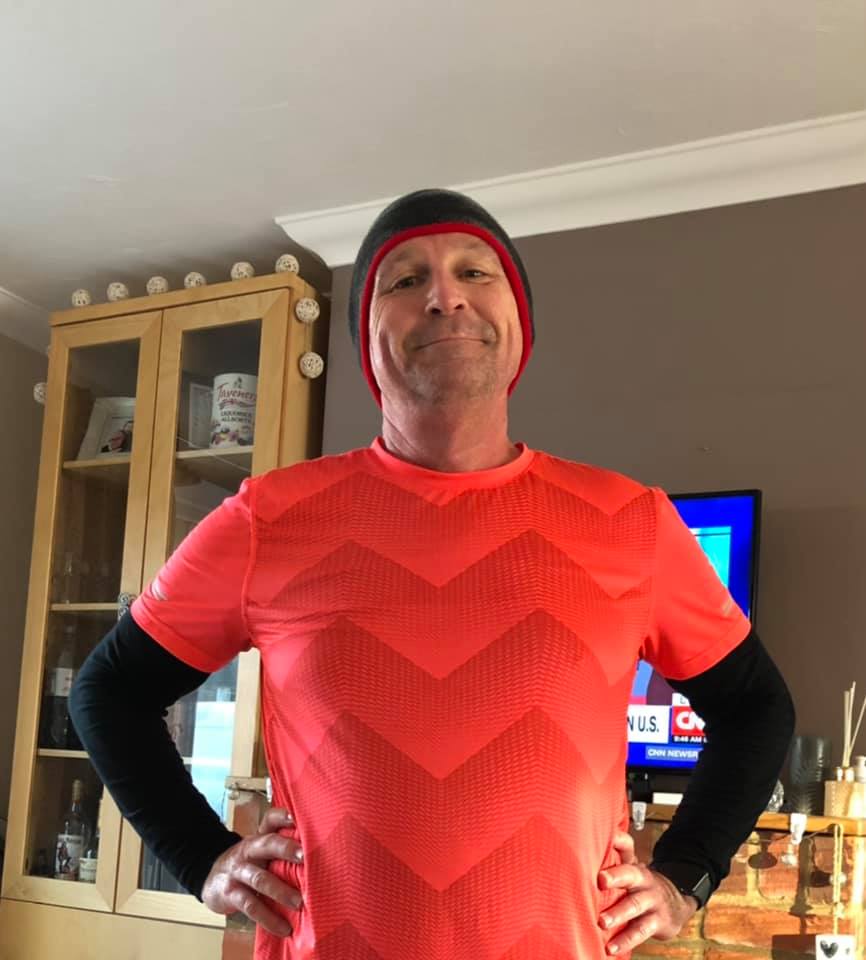 Well done to the SEVEN of you who joined me and submitted FIVE or more (not)parkrun results this week!

There were three PB's this week. Annabel Marriott achieved a PB on her second virtual parkrun thingy!
Paula Jarvis knocked 11s off of her PB, bringing her PB down to 37m 25s and Ian Elliott knocked that all important ONE SECOND off of his PB! Clearly maximising his opportunity to slice another second off this week

A special shout out to Ed Dawtrey who, despite submitting exactly the same finish time as Toby Pereira, still came second. 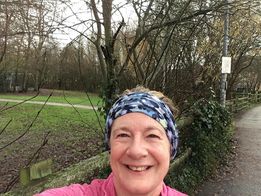 PB 'Near Misses'
...and here's Ed again, just 19s away from his PB, so must have really gone for it! Nice work!

Don't forget, parkrun isn't always about bagging a PB every week, but every once in a while it's nice to give yourself a little push and to have something to aim for.

Treasure Hunt
If you're finding it difficult to find the motivation to get yourself out the door for 5km on your own (you're not alone!) the little Treasure Hunt we run every week might be just the thing you need. Don't be put off by the Swashbuckling Treasure Hunting regulars you see every week - it really can be a lot of fun and it's never too late to join in.

Every Friday we'll put a post up asking for you to "find" five items of treasure - they're normally pretty easy to find. E-mail these into to greatnotley@parkrun.com and we'll give you 1pt for each item you successfully find. Each item of treasure will have a secret "bonus" variant - if you take a photo of one of these items, you'll get additional bonus points. The "find" points and the "bonus" points will always add up to 25pts.

We have weekly winners and monthly winners. If you're worried that taking photos of items will impact your parkrun time, not to worry! Thanks to (not)parkrun, why not go out for a gentle "Treasure Hunt Run" and submit a faster one later in the week!

This was the last in a five week month, so all the points counted towards finding out who would be crowned* the January 2021 Great Notley Treasure Hunt Champion.

*Due to social distancing rules, "crowning" involves taking a large golden crown and dropping it from the top of a ladder some 2m above the winner...

Treasure Hunt Bonus Items
Most week's the Core Team have a Zoom chat - it serves two purposes, (i) to check up on each other and make sure we're all well and we're not climbing the walls (much) and (ii) to check any weird haircut and beard formations, just in case parkrun starts up soon and our appearance scares off all the parkrunners.

Last week's Zoom chat we had Simon Hawkins, the Event Director from Great Notley junior parkrun over too and we all got talking at how some were thrown off by one or two of the Treasure Hunt bonus items being the same as on one of the previous Treasure Hunts. I explained that there was actually nothing in the rules that said that the treasure items and bonuses would be unique every week and, to prove a point, I would knowingly used treasure items and bonuses from previous Treasure Hunts in this weeks.

ALL of the bonus items have been used before but TWO of them were tweaked - just to make things interesting.

This week's Treasure Hunt Scores
Let's have a look at how well you did...

Jane sent hers Treasure Haul a little later than we would have liked (Sunday 10pm please!) but as I was running a bit late too, no harm done! She wrote, "Ooh err, just sneaking this in here as I'm mega late.... I've found a roof with solar panels the ONLY one in the village! Not an 'A' in our gate. A green front door the road sign and my selfie is just of my legs as I was so when I returned from my run I couldn't even feel my fingers! Think I need a stock of selfies to dip into Bbrrrr! Job done ~Jane~" 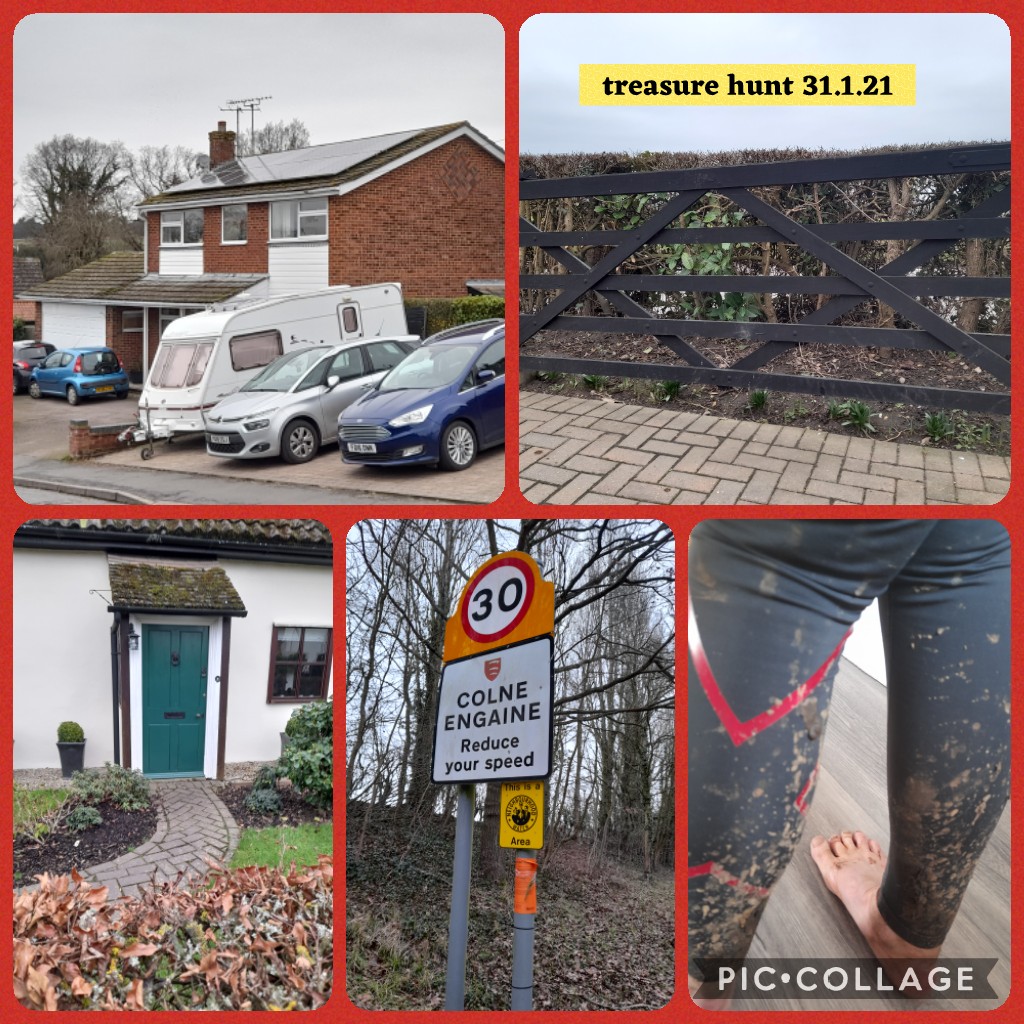 Amongst Paula Jarvis' Treasure Haul already we had two photos that needed some judging decisions to be made. Okay, we decided that a "hood" wasn't a hat so we awarded Paula the bon- ... no wait, what's that under the hood? A hat? Sooo close!
Despite Paula describing her "Not the Letter A" telegraph pole as a pylon, we decided that the great big Electric Pylons were the thing we didn't want to see to be able to get the bonus points - so Paula got bonus points for that (phew!) 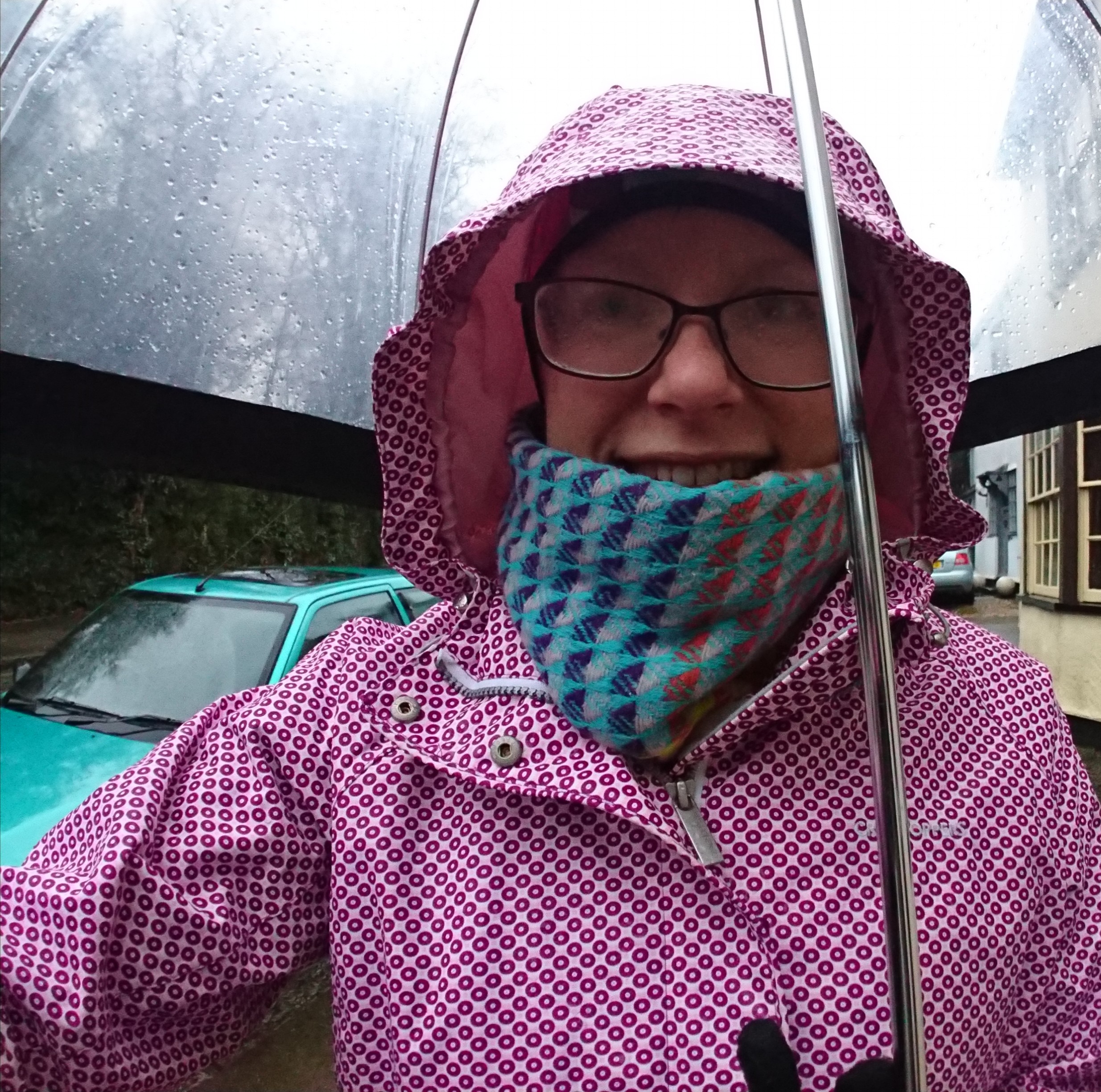 Vanessa wrote, "Major outage all day in Chelmsford and can’t even get 4G most of the time, so hope this posts. My treasure haul during an extremely wet, muddy and cold dog walkies yesterday.
Wanted a thatched roof as I’ve posted numerous thatched roofs and have never been the bonus points but none to be had near me. A pylon as I looked for one last time for letter A and didn’t find one! A run today with Andy Packer." 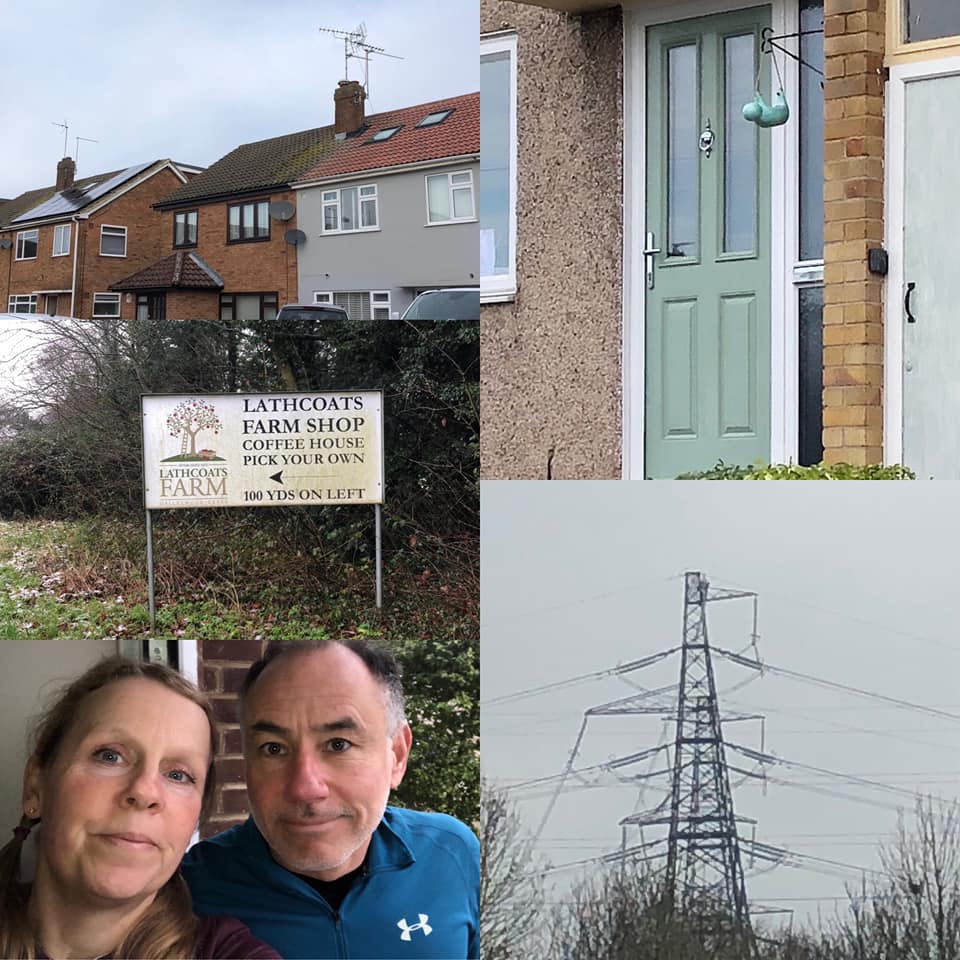 Sue's Treasure Haul was a little bit like an episode of "Through the Keyhole" trying to guess where she ran. Some pretty good clues there! 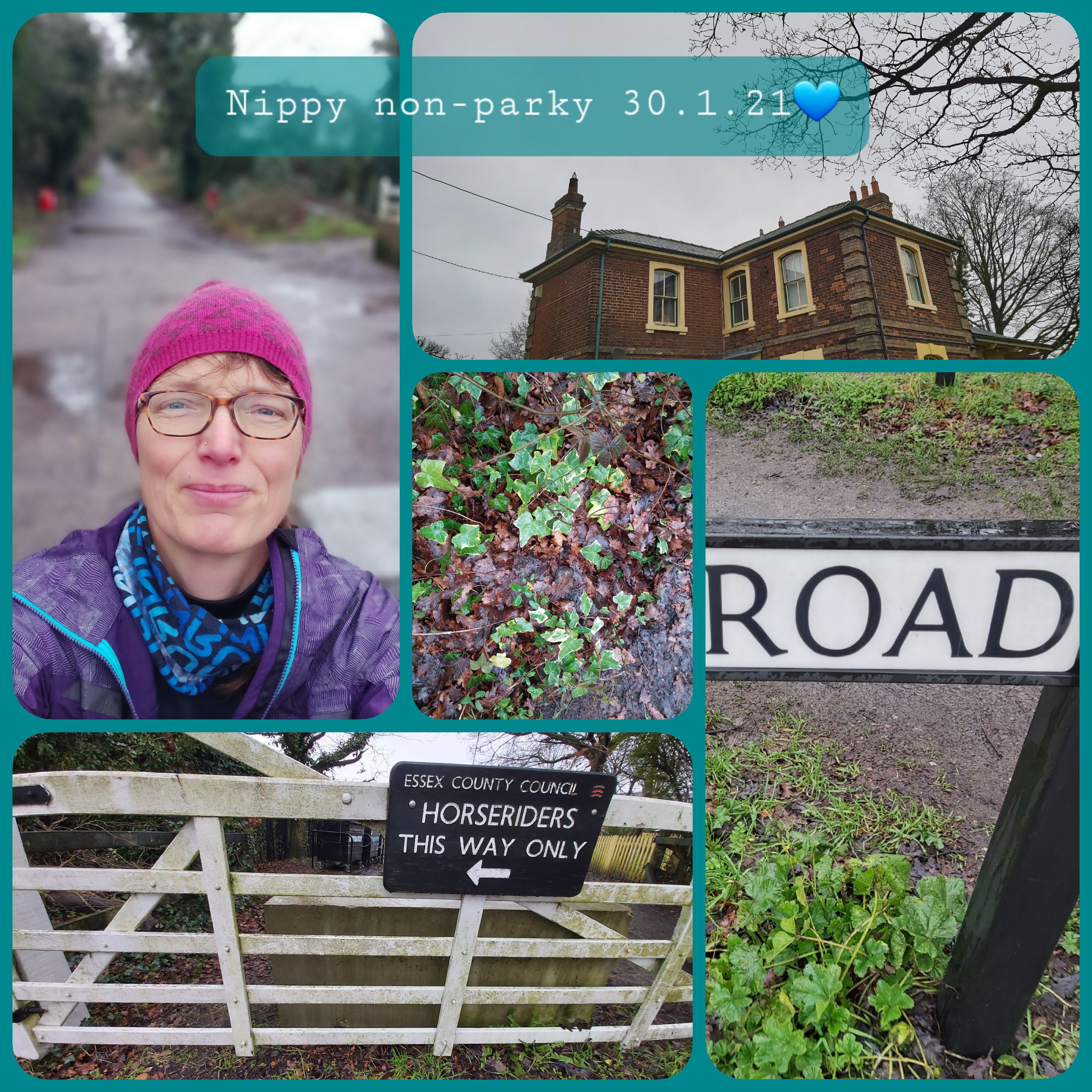 We love seeing the families out (not)parkrunning and Treasure Hunting together! And it's always nice to see Emma, Hannah and Jacob's smiling faces every week - but we do also secretly enjoy seeing some interesting bonus point awards too. As Hannah and Jacob were NOT wearing a hat, they get bonus points whilst Mum doesn't 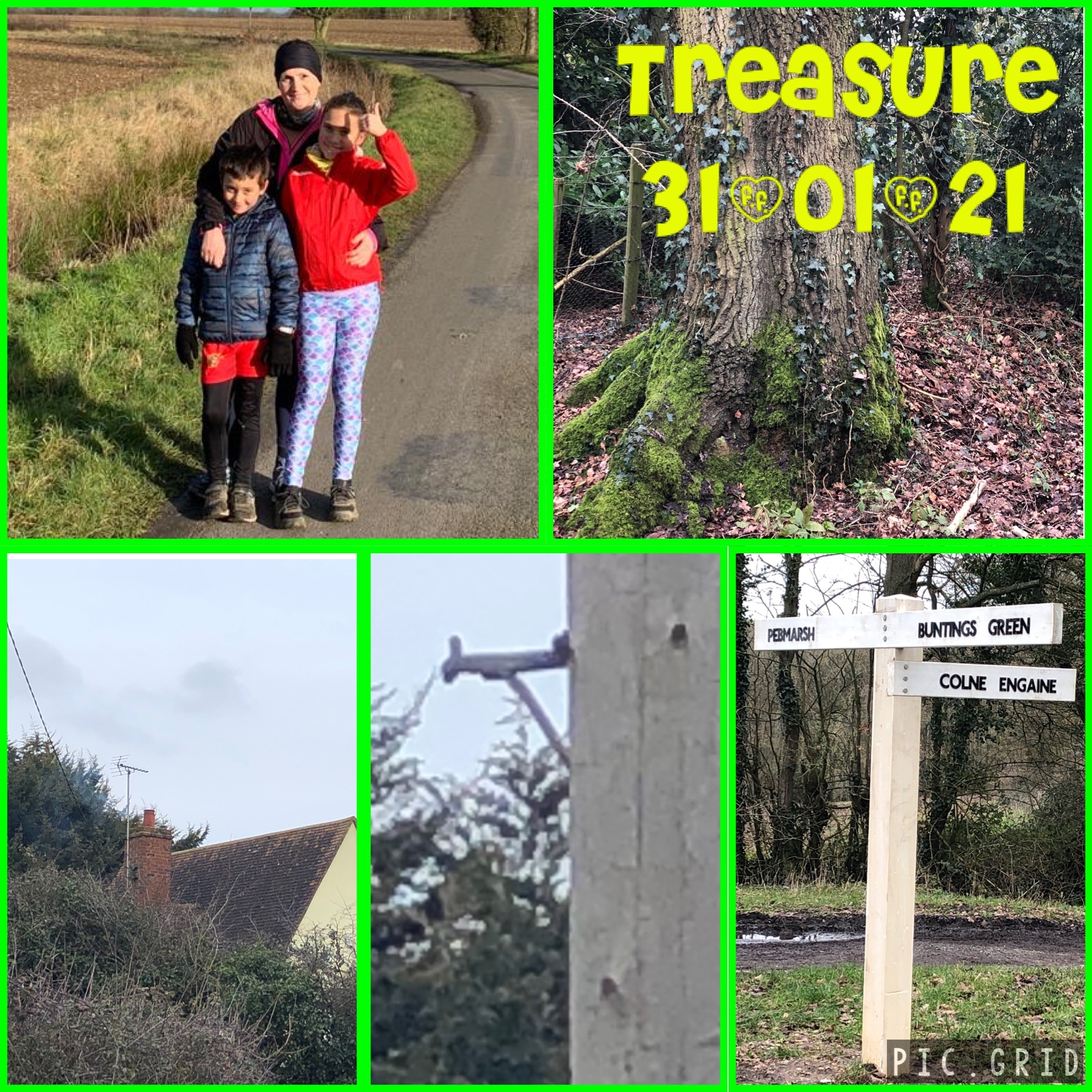 Guy Scudder correctly remembered that one week, yes the bonus item for a roof was one with solar panels, alas I was thinking about the week where the roof needed a weather vane. 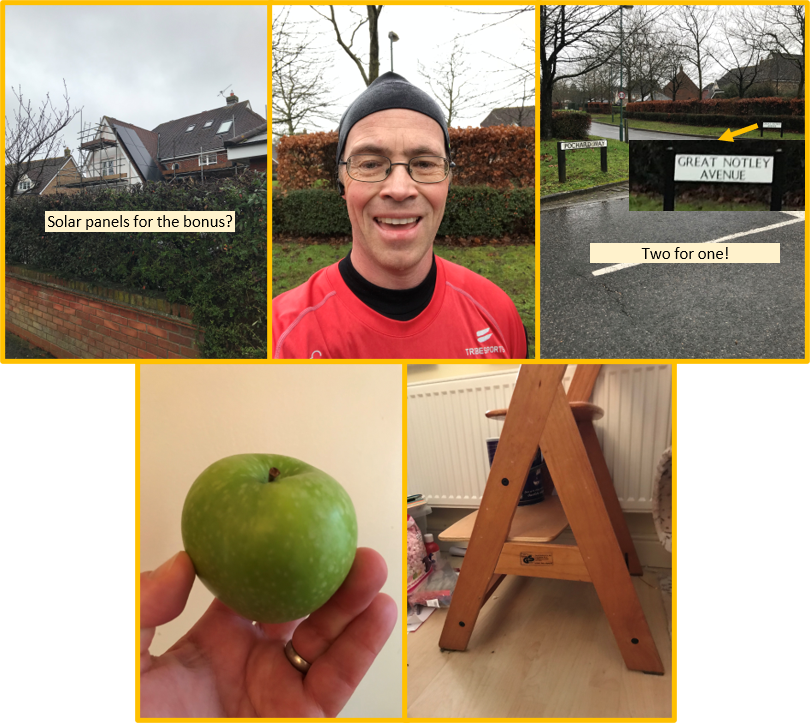 Tony sent in this great photo of himself, clearly not stood on a corner marshalling, as we're used to seeing him! So I had to ask him for a bit more background on the photo because I know you lot were only going to ask me! So over to Tony...

"The picture is of me competing in the prestigious 112k Airolo to Chiasso 5 man walking relay in Swtizerland in the mid 70's. The start of the race was in the mountains near the San Gottardo Pass and finished at the border between Switzerland and Italy in Chiasso. After the race the team went into Italy to have drinks as it was cheaper. I was competing for the Stock Exchange Athletic Club, a closed club against International and club teams across the world. I was privileged to go to the race on more than 20 occasions. I walked once, the other times I was Team manager. The picture is of me on the 4th leg of 18k Rivera to Lugano - I've just turned left to go into Lugano, the sign post shows Milan, San Gottardo, and Rivera. There were police on the cross roads and they stopped the traffic to allow me cross the major junction safely. My leg of the race finished in the town square which is famous for tourist sitting and having a drink in the sun next to the lake Lugano there was thousand of people in the square they stopped and clapped me home" 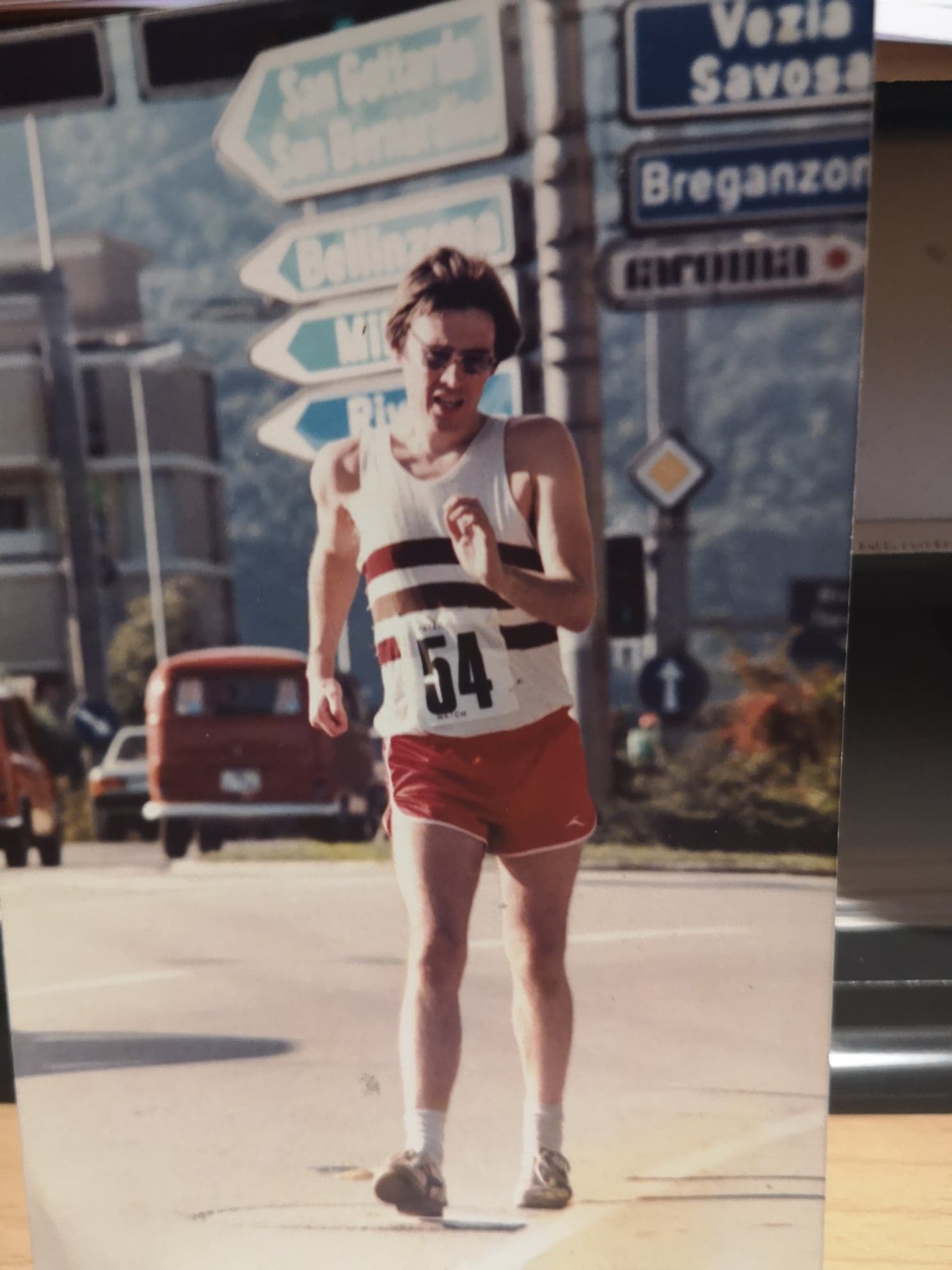 Tony also sent in the best photo of a weather vane! 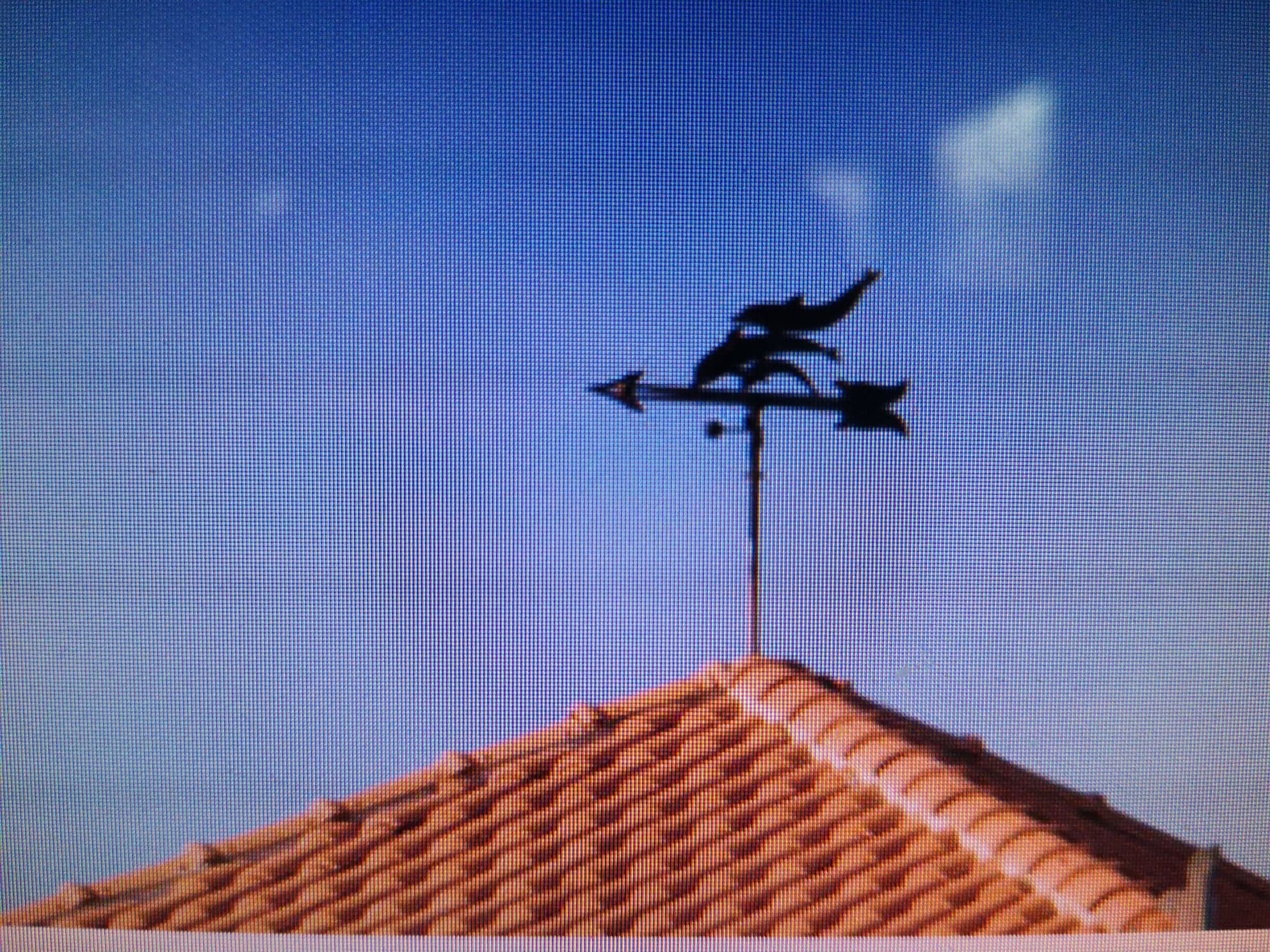 Malcolm's Treasure Haul! Where's the photos of Edward!? We love an Edward photo! 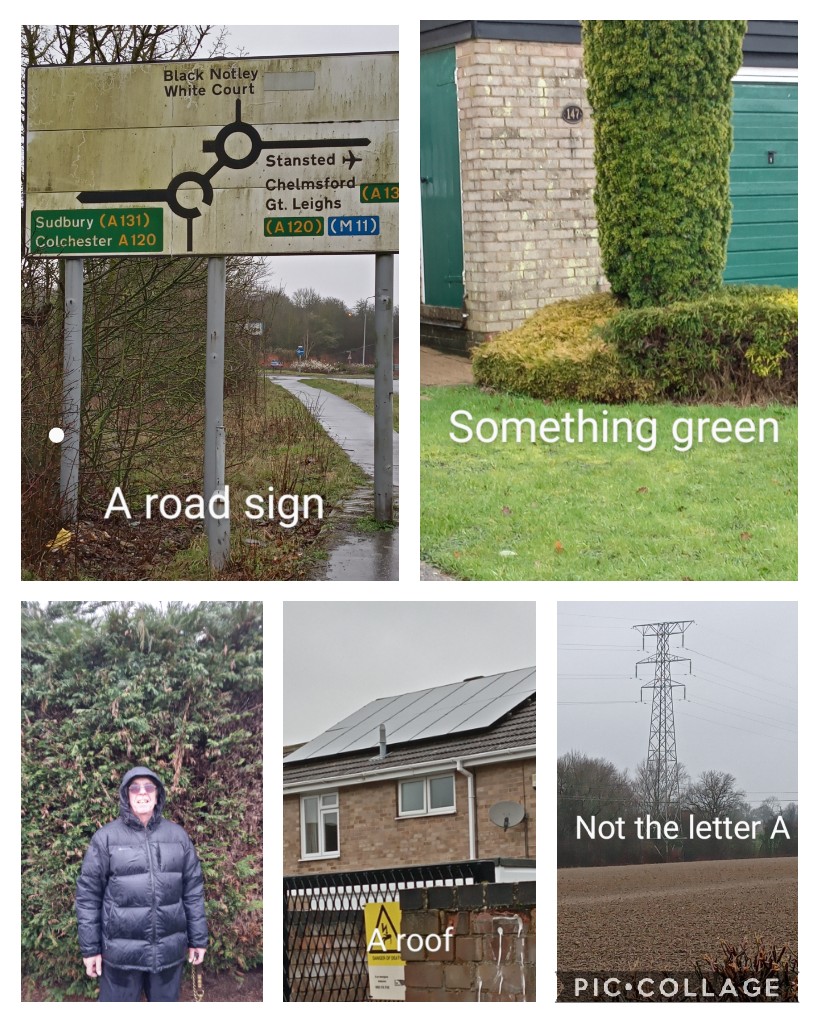 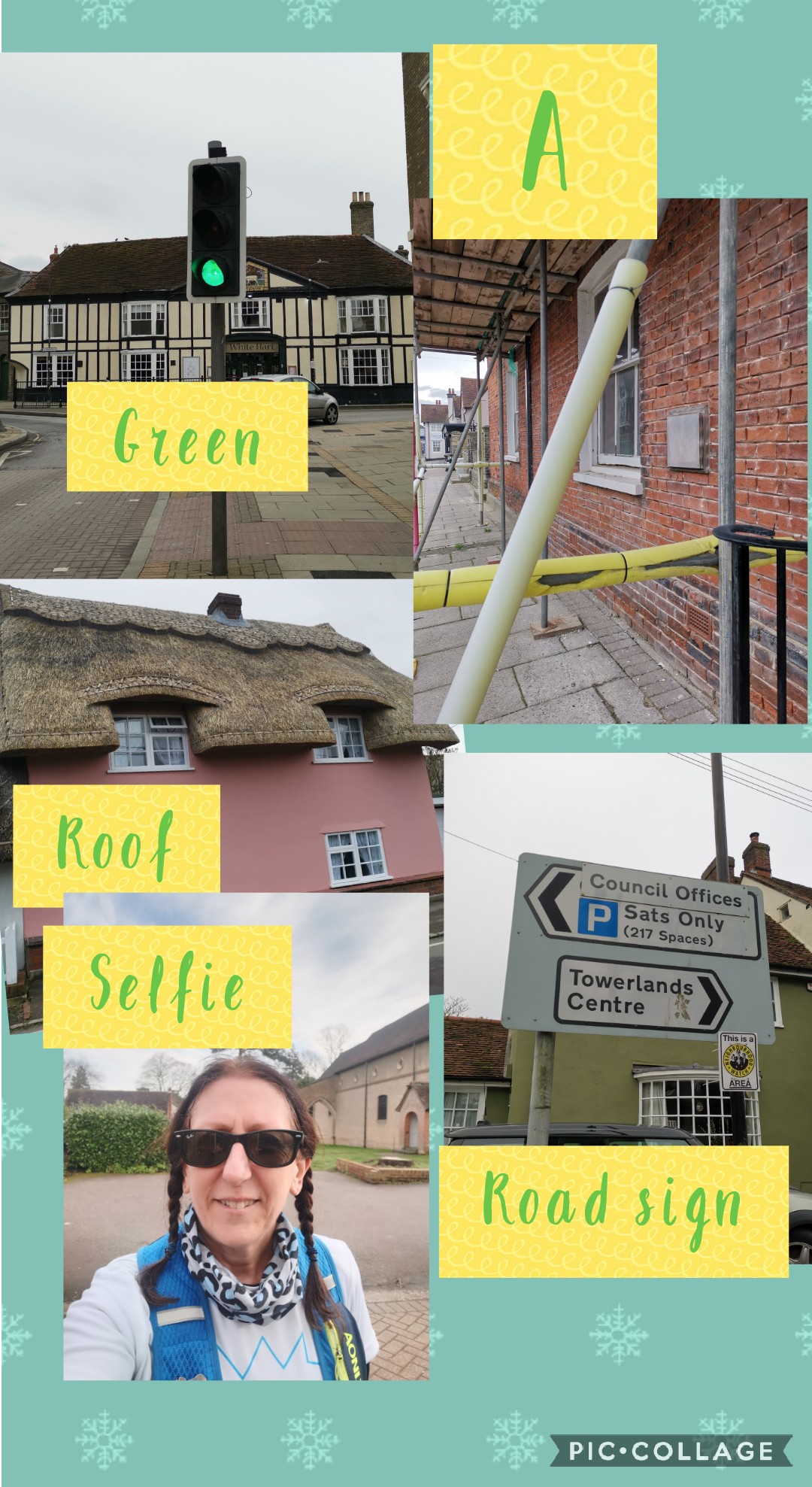 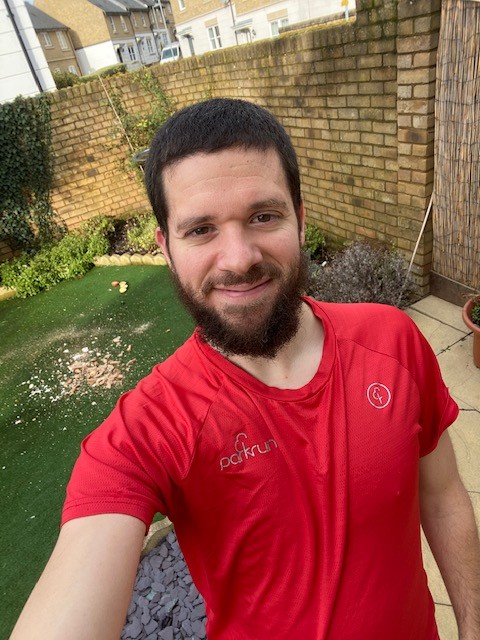 Here's Jason Bedlow's treasure haul. I decided to give Jason the bonus points for the "something green", it's almost a vehicle. It would be unfair on everybody else if the bonus item was "a plough"! 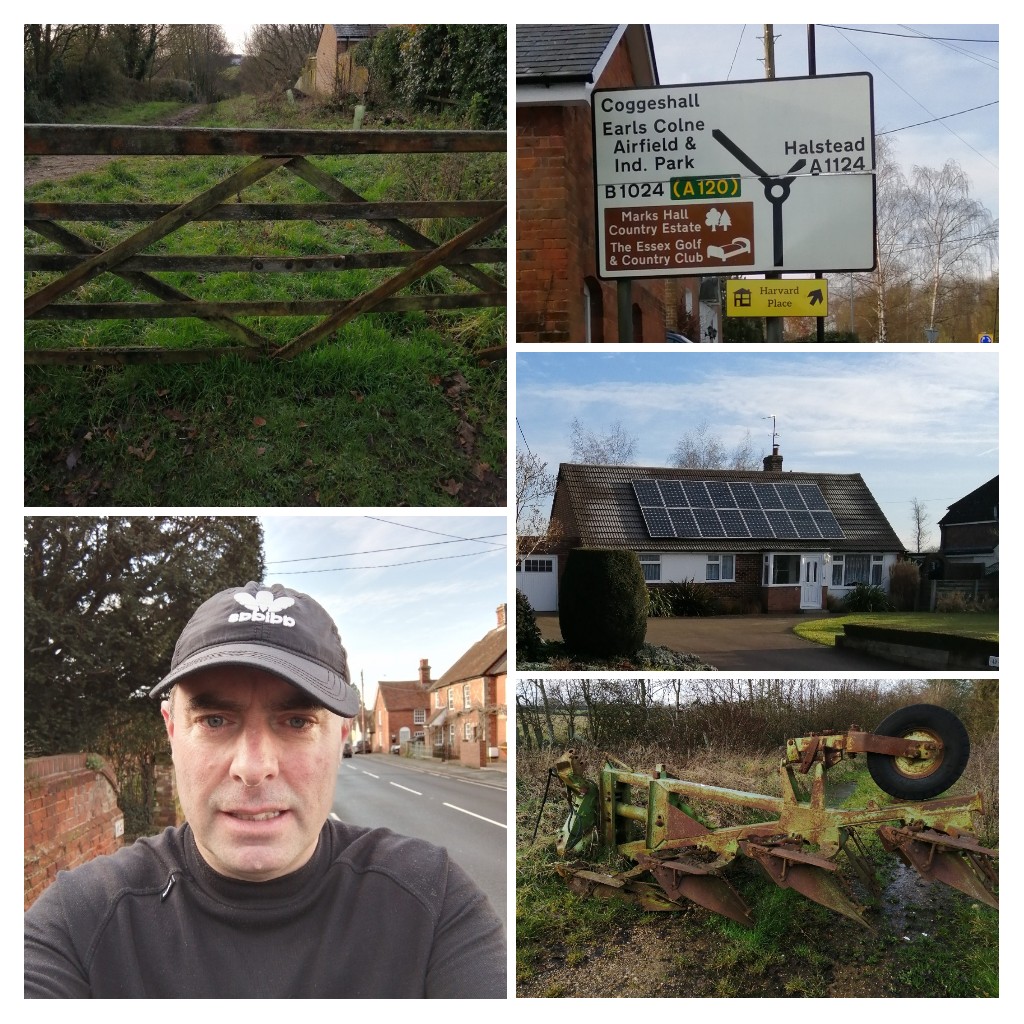 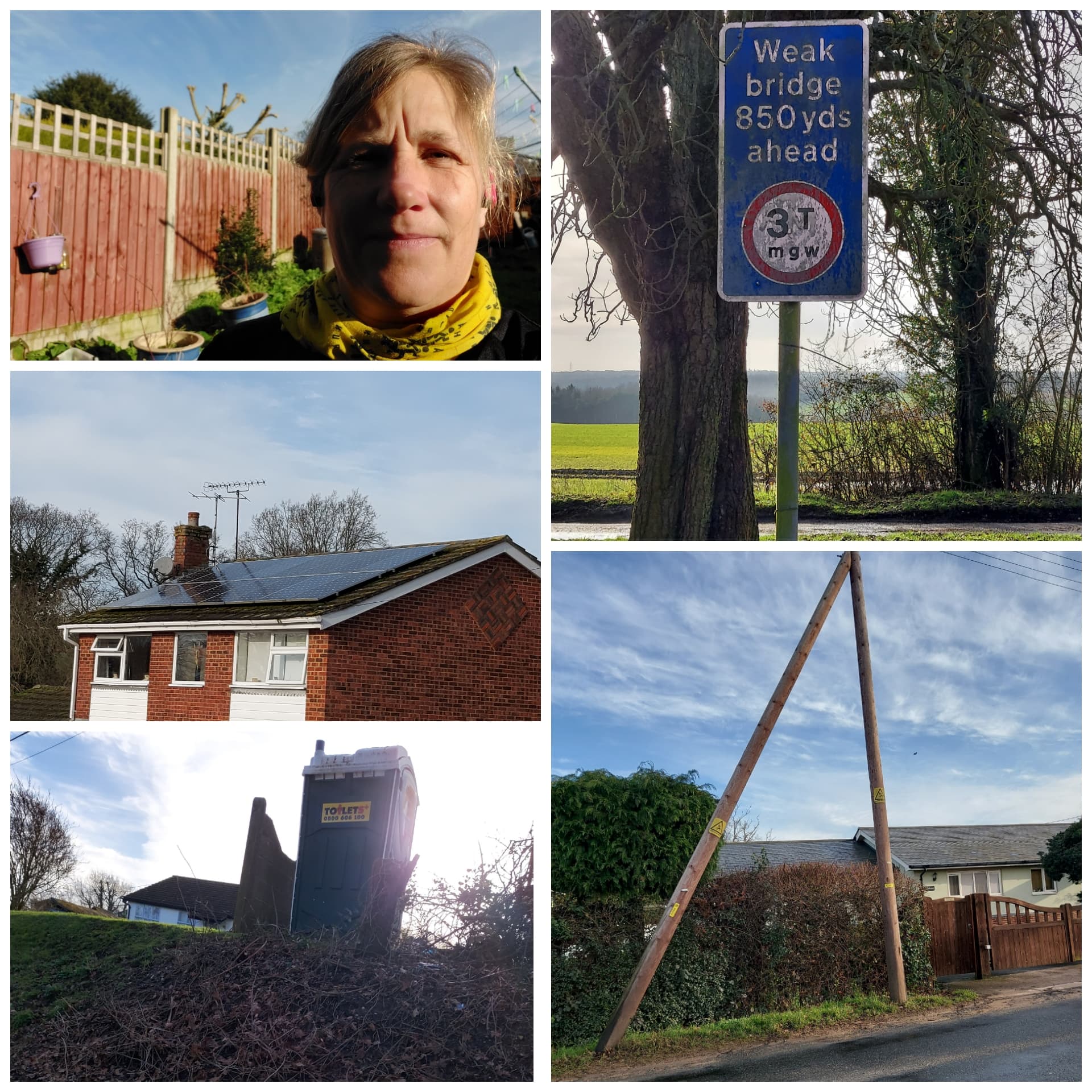 Here's Victoria and Toby Metson with their Treasure Haul! Successfully bagging the School Sign, the Green Vehicle and a complete lack of hats! (I don't think you could have found a brighter green car!) 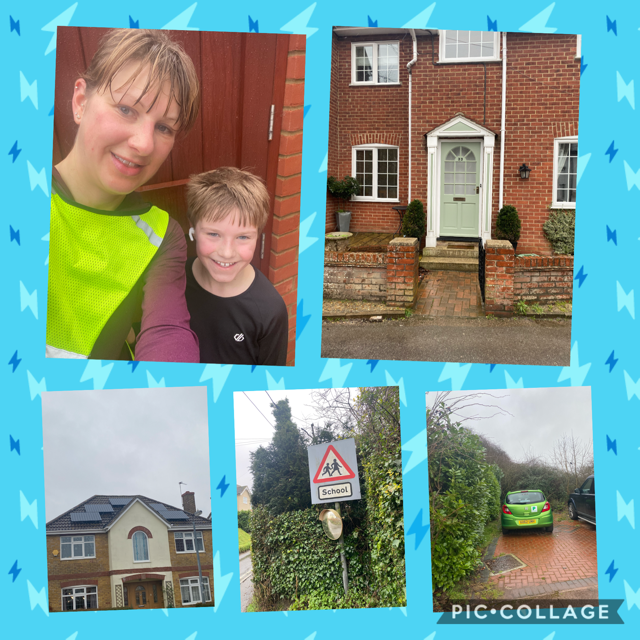 Here's Team Hawkins Treasure Haul. We had to adjust the scores for last week because their window was from a Church.
The big question is, have they done enough to secure another monthly Treasure Hunt win? 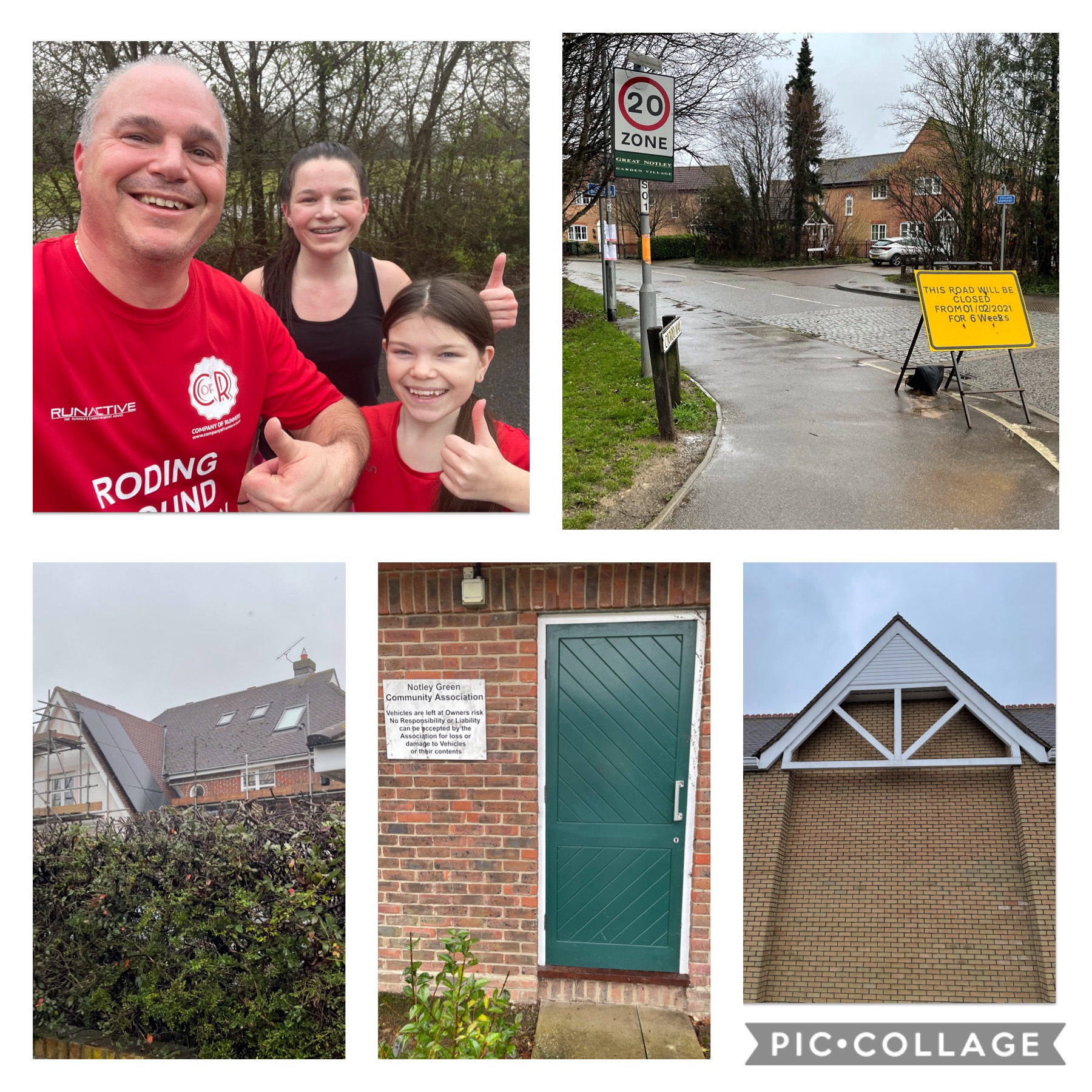 So, behind the scenes, it's worth noting that pretty much every week Paula really doesn't try and get any clues out of me for the Treasure Hunt. In fact most weeks even I don't know what the bonus items are because I didn't pick them, the Run Director on that week did. She does take photos, tell me what she's taken and try and read the expression on my face. I try my best to "roll my eyes and face palm". This week, no hints or attempts at finding out what she's taken. Here's her treasure haul and yes, it's a clean sweep! But while she does top the table for this week, was it enough to bag the January 2021 win? 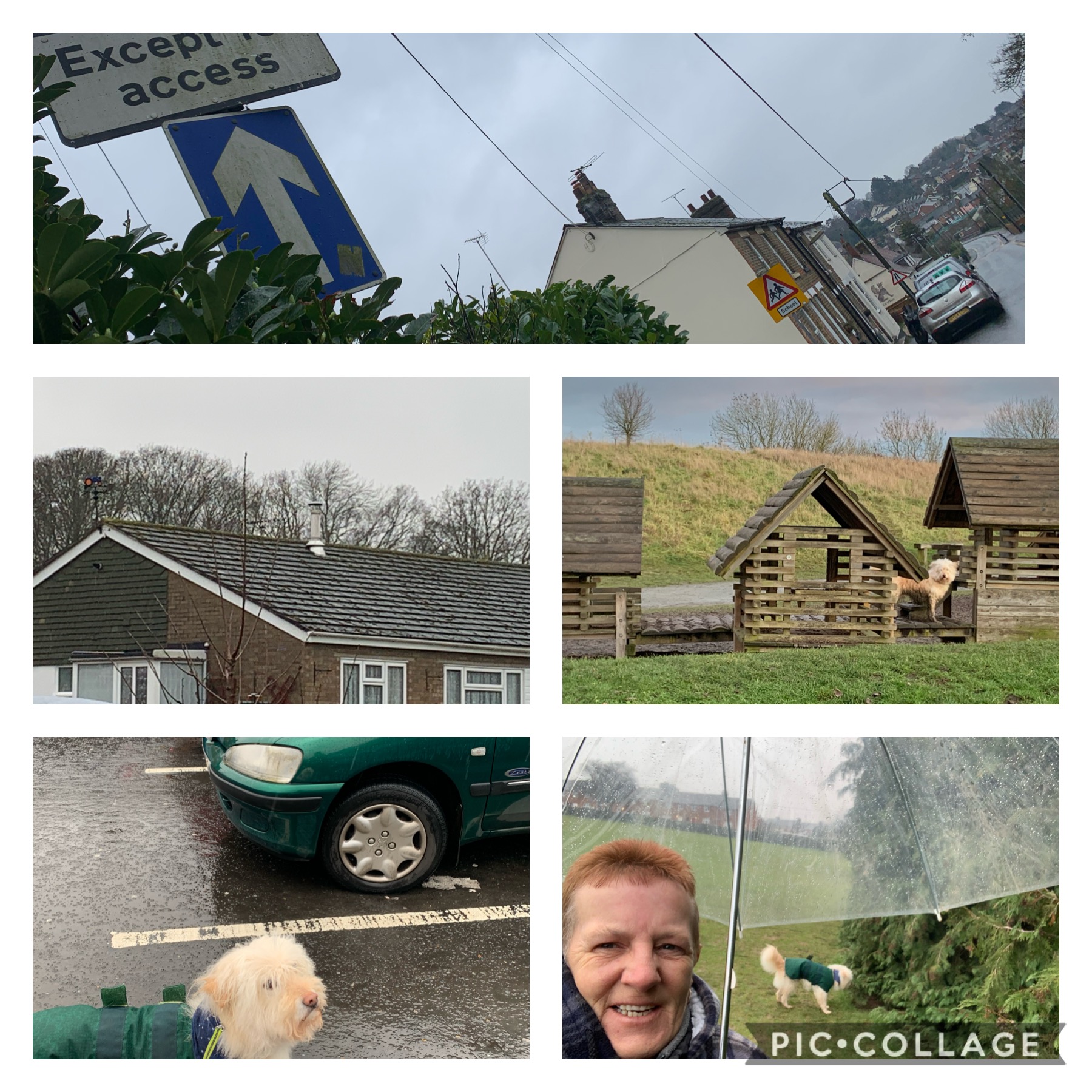 January Treasure Hunt League Scores
...in short, yes, Paula won the January league. So as well as the backlog of little barcode holder prizes for previous month's winners, I've got to make Paula a bird table. Apparently (this is not true) she's been asking me to make her a bird table for about 20yrs.

We had to update the scores from last week for Team Hawkins as their window was actually from a Church so RD Michelle awarded the extra bonus points to Simon, Acacia and Saffy.

Treasure Hunt Hall of Fame
I thought I'd better pop this section in just so I can keep track of all the little monthly Treasure Hunt Prizes I still need to make! I've got quite a backlog and now a flippin' Bird Table to make too!

My plan is, all being well, to get all of these little Treasure Hunt Awards made by the time we come out of lockdown so I can actually drop them off without being fined

Note: I'm going to add this later. Need to go to work and thought you lot might like what's been written so far. I've got to go for a run before work! 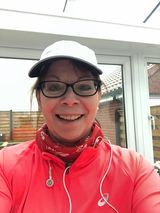 Keep those finisher/pre-run/mid-run selfies coming in - we all love to see your smiley faces!

It's been another fun week, granted not as fun as waiting in a queue with 300 of you at the cafe for a fresh coffee and bacon butty, but I have positive vibes for this year!

Take care out there and please do continue to observe the lockdown and social distancing rules that are in place. Every time we bend and tweak those rules parkrun moves a little further away - and none of us want that!

Stay up to date with these important links :-
(not)parkrun Frequently Asked Questions

Tom Williams discusses the Covid-19 Framework on FWT : How parkrun will return

‘parkrun saved my life’: how the weekly runs became a phenomenon – and are now coming back an article from The Guardian by Sam Wollaston