This week was the Halloween parkrun. We had three PBs and eight first timers out of the eighty-five runners, of whom many came dressed in costume. 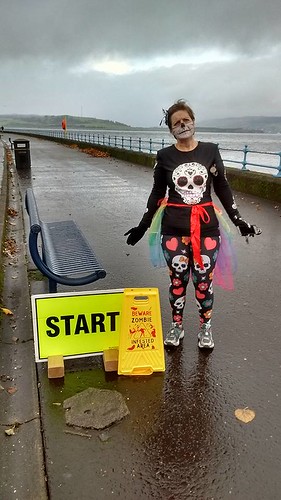 The first three male creatures of Halloween in were Chris Mooney in a time of 17.24 in first place, Michael McLoone with 17.28 in a draw for second place with Daniel Doherty (who remembered his barcode, thankfully). (I wonder if they would have gotten as good times if they had been in costumes? We'll be looking for a better effort next year boys). 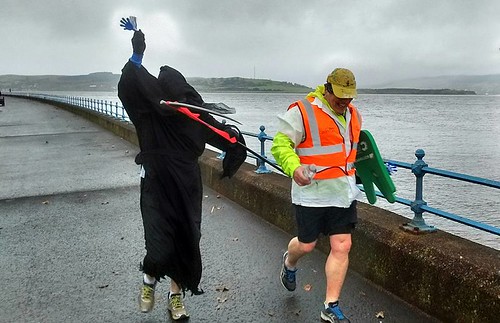 The first three female witches to come in were Claire Monaghan in a time of 23.53, Lynsey Pumpkin Mooney with 24.13 and Lynne Harrison with 24.36. Well done ladies! 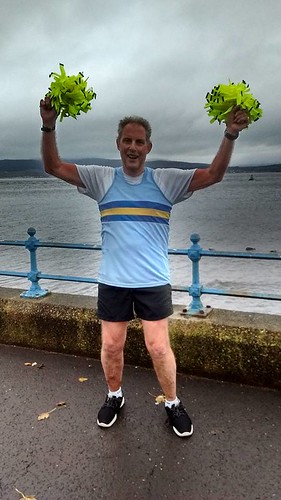 A huge congratulations to Richard Hodelet who completed his TWO HUNDREDTH parkrun today. It's just a shame that we don't have a t-shirt for you, but maybe we could sew another 100 on (ask Emma- she made pompoms and dog jacket out of old park run vests). 123 runs at Greenock and a bit of tourism at Pollok, Linwood and Eglinton, however only at Greenock would he be chased by two Grim Reapers. Happy Halloween Richard, and congratulations. 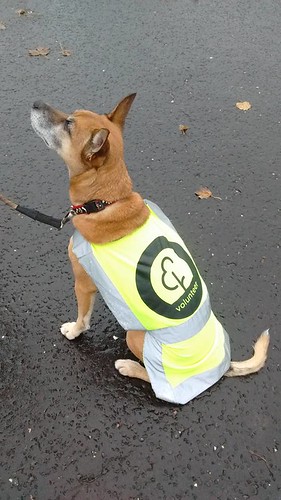 Regardless of the weather and distracting costumes we still managed to have three personal bests. Claire Monaghan improved by 17 seconds, Gillian Clayton improved by 44 seconds and the most improved was Jeanette Purves in 49 seconds. Wow to all! 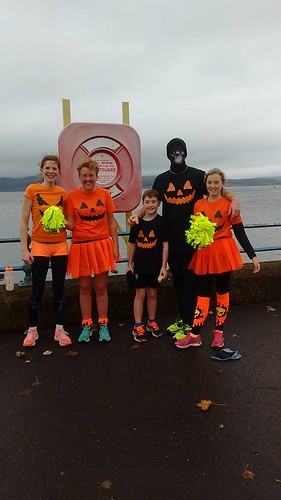 Well done to everyone who came dressed in costume, we had a variation from pirates to devils, a pumpkin family, little monster and big monster from monster ink (Erin Mooney and her son Oscar, the photos are adorable) one Austin Powers and many, many more. Great effort! 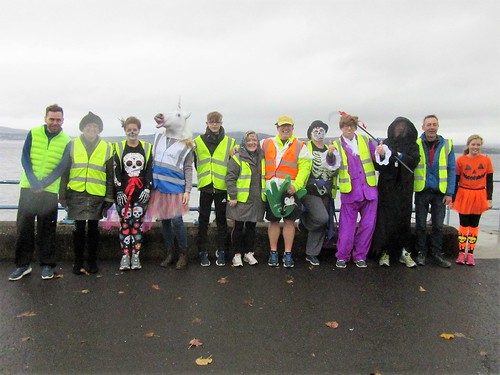 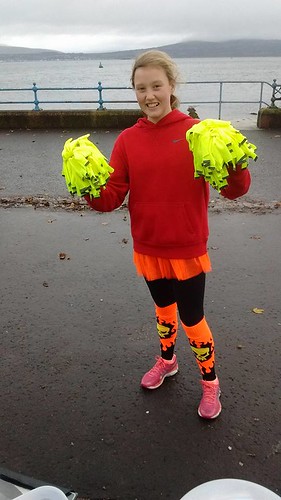 Check out the photos- really scary!