Our run report this week is written by Jacqueline Merlini. 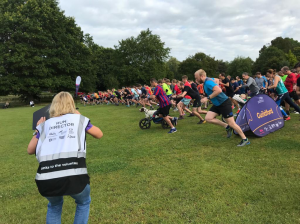 539 beautiful people finished Guildford parkrun this morning, enjoying perfect conditions with refreshing temperatures and dry ground underfoot. We were cheered on and guided by the wonderful course marshals, efficiently funnelled through the finishing chute, and cheerfully scanned in by the barcode team.

Today I moved into a new age-group and cunningly decided to take it easy so I could rise up through the ranks in subsequent weeks. It was so nice to run for pleasure rather than trying to beat last week’s time and simply enjoy the lungfuls of fresh air and the company of 538 motivated and happy people. 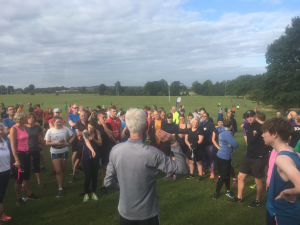 First Timers finding out what they are in for

As usual we had parkrun tourists and parkrun first-timers, parkrun volunteers in droves and parkrun milestoners – all were greeted with the customary uplifting applause – the mutual encouragement and good humour that is always present at parkrun.

It was a special run today for Linda Cairns who was one of the founding Event Directors of the Guildford parkrun back in March 2012 and was today doing her 250th. Congratulations to her and thanks for bringing parkrun to Guildford. Some of you may remember the monthly 5k organised by Guildford and Godalming Running Club which parkrun replaced! Other milestones this week included a magnificent 100 parkruns for Helen Turner, and 50 runs each for Gareth Roberts and Anthea Edwards (who was visiting us for the first time from Frimley Lodge). 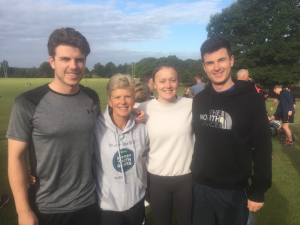 Linda and her family 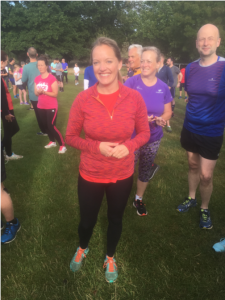 Here are a few pictures of happy participants: 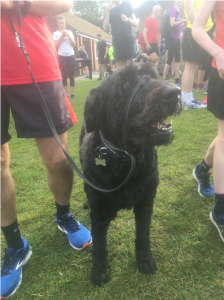 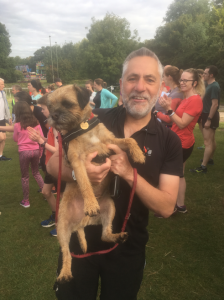 Chris and Dave The Dog 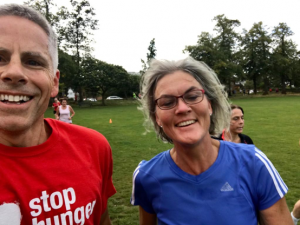 Me with husband Jo (a proper runner!)