Saturday is a day beginning with 'p', like every other Saturday, 'p' for parkrun.

The day didn't awake very joyful and the little showers were the antechamber of an unwilling rain at Stoke Park, but thankfully these were only a few drops that allowed us, volunteers, to open another event for our runners. It was going to be the 372th event, and curiously, adding them together you will get 12, as today was the 12th day in the month! 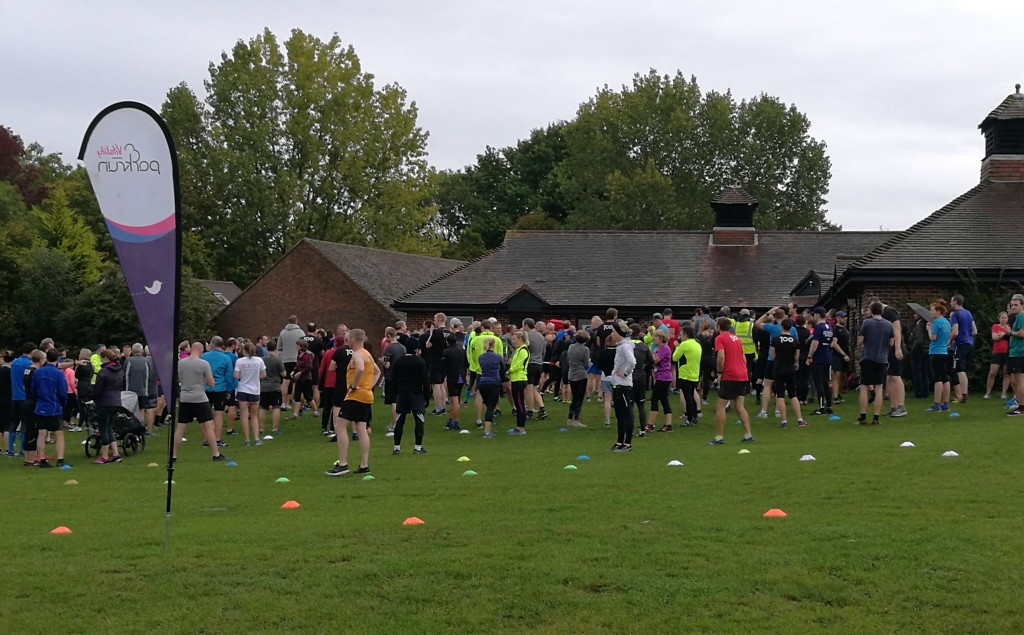 By half past eight, runners were showing up, more than expected with a day like today but parkrun is contagious, it's great, a community gatherer and, overall, a social event were locals and visitors from Alice Holt, Queen Elizabeth and Medina I O.W. made their way to the meeting point, even a couple that wanted to run before getting married later on. Best wishes from all the volunteers at Guildford parkrun!

There were no pacers today and the surface was quite muddy and slippery so the initial thought was that the numbers were going to be low, both in number of runners and in finish times.
After the first timers briefing was delivered, it was time for the run director to make his speech. Today we had a junior 10, two 50s and a 100 milestones and 19 first timers, which is always wonderful. Welcome to the parkrun family!

Three, two, one... Go! and the crowd of runners - from children to adults, on their own or with a dog or a pushchair - made their start, two full laps around the beautiful and open wide Stoke Park. 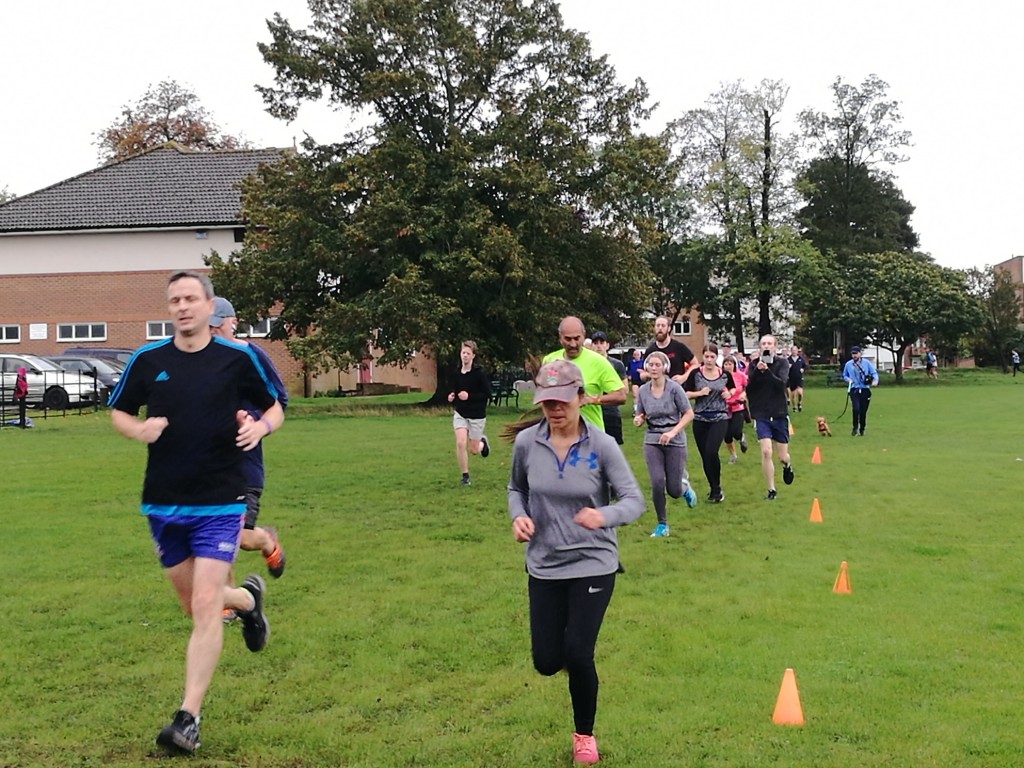 The time keeper was telling aloud the runners timings as they passed by the beginning of the second lap. 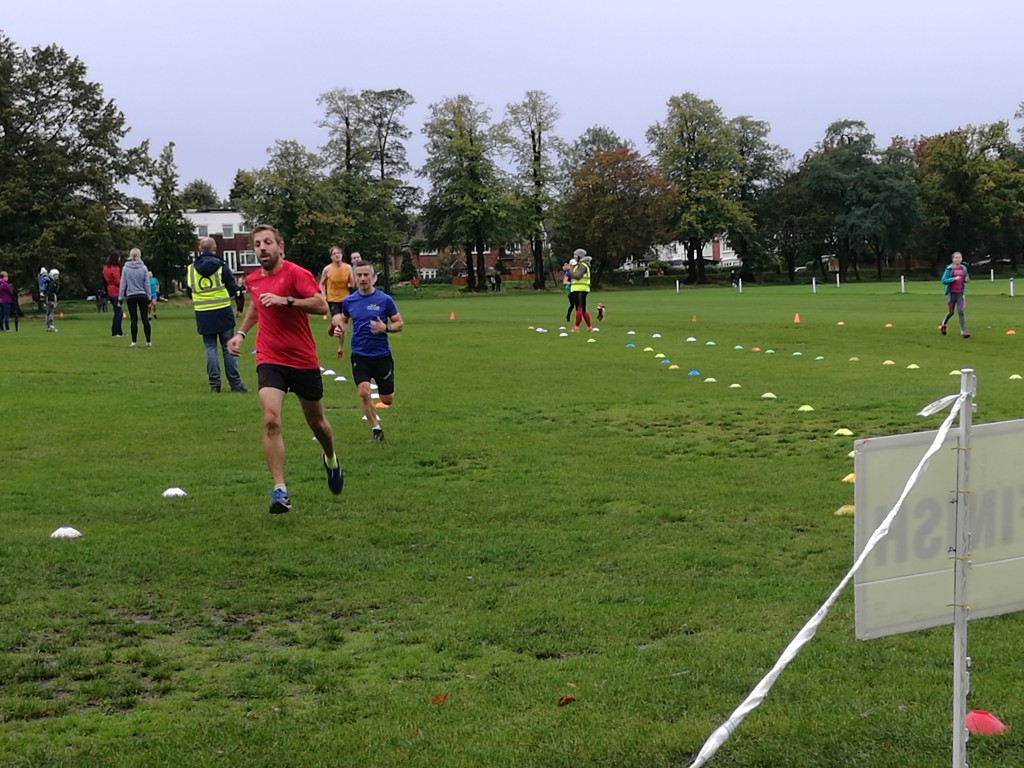 Even when the clouds hold, the humidity from yesterday's showers made the course a bit slippery and by the time the runners passed through the finish line, more than one runner found themselves having to stand up from the wet ground. Luckily nothing else of importance other than some mud in their skin and clothing. 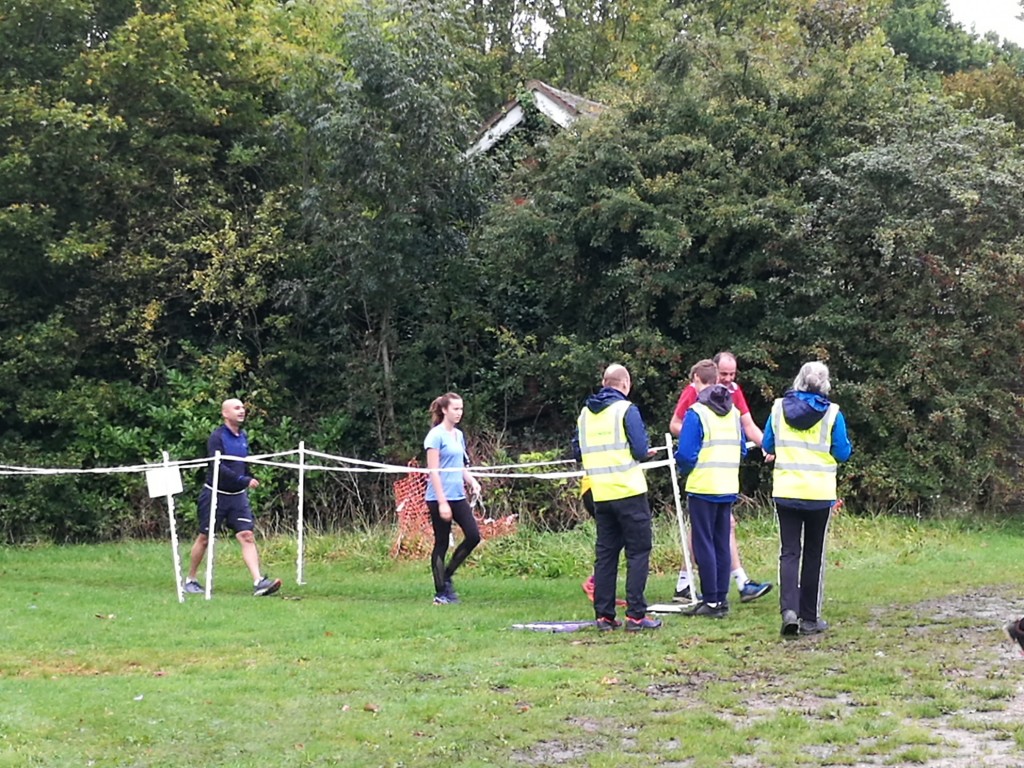 Runners and volunteers reunited as a whole by the end: runners looking to scan their barcodes, runners talking with others, volunteers and finishers cheering up those close to go through the finish line where the time keepers registered their times before been given the token by the end of the funnel under the strict supervision of the funnel manager.

At the end, some runners made their way to the cafe located at the bowls club for far from the park whilst others took their way.

A wonderful event, as always.