Time for Reflection
Who would believe that Guildford parkrun would reach it’s tenth birthday? Could we ever have imagined that that the gathering of 184 runners in Stoke Park, led by Linda Cairns and William Blair would become such a significant part of our lives, here in Guildford. For this reason, it was wonderful to see William running at today’s event. 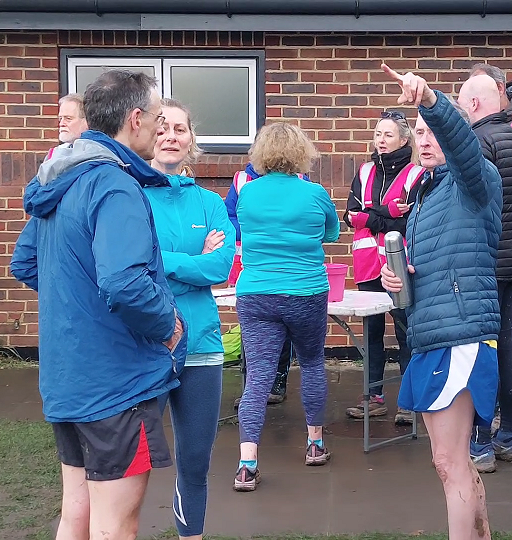 What were you doing 10 year’s ago? Were you running then or has the Covid pandemic encouraged you to put on a pair of running shoes since then?

It’s that time of the week again – Saturday morning. Your sleep has been disturbed by the alarm. You shake a leg out of the bed and gingerly place it on the floor. Success! You have now awoken and ready for Guildford parkrun.

You can forget the shower. Have that after the run. Splash your face with water, apply the toothpaste and quickly brush your teeth and bolt out of the front door. Hope you remembered your barcode! Thank goodness it is no longer a case of no barcode, no result! You did remember to take your phone with the parkrun app, just in case, didn’t you?

Secondly, but sadly, it would be our chance to run together, to show our solidarity supporting Ukraine in it’s current struggle with Russia. Were you one of those special runners adorned in yellow and blue? 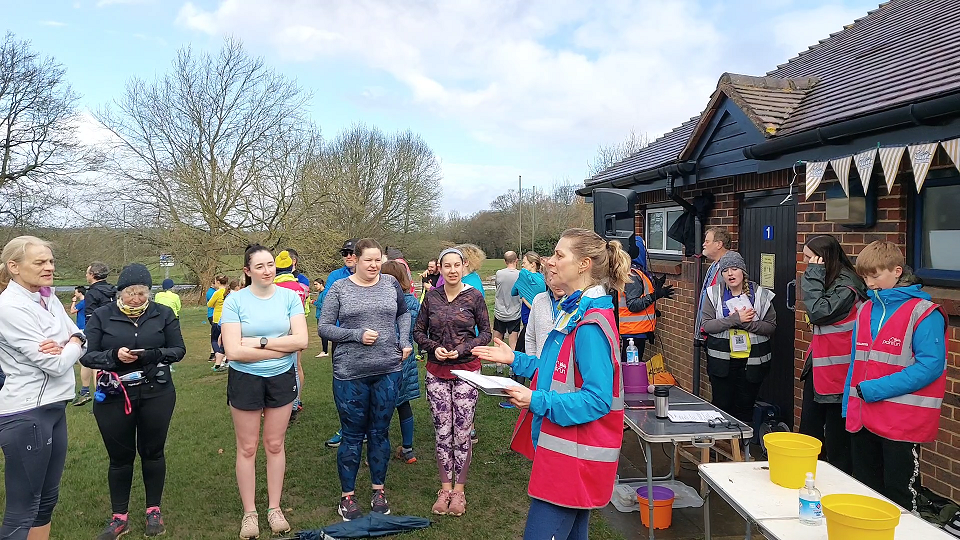 As always Maddie, this week’s Run Director, was efficient and well organised in marshalling her volunteers, running through their respective tasks and sending them out to their various points on the course. Thank you volunteers for your encouragement, shouting out motivating words to us as we ran past you. 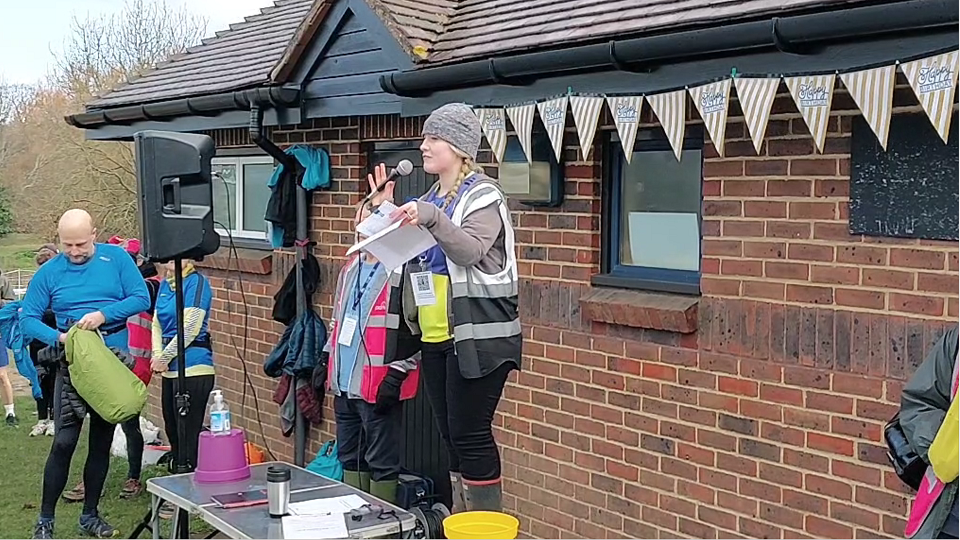 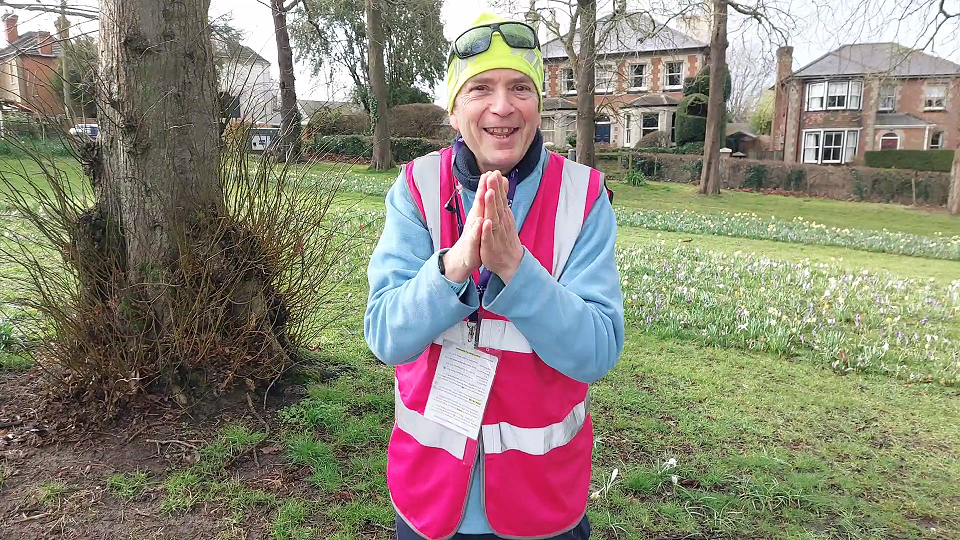 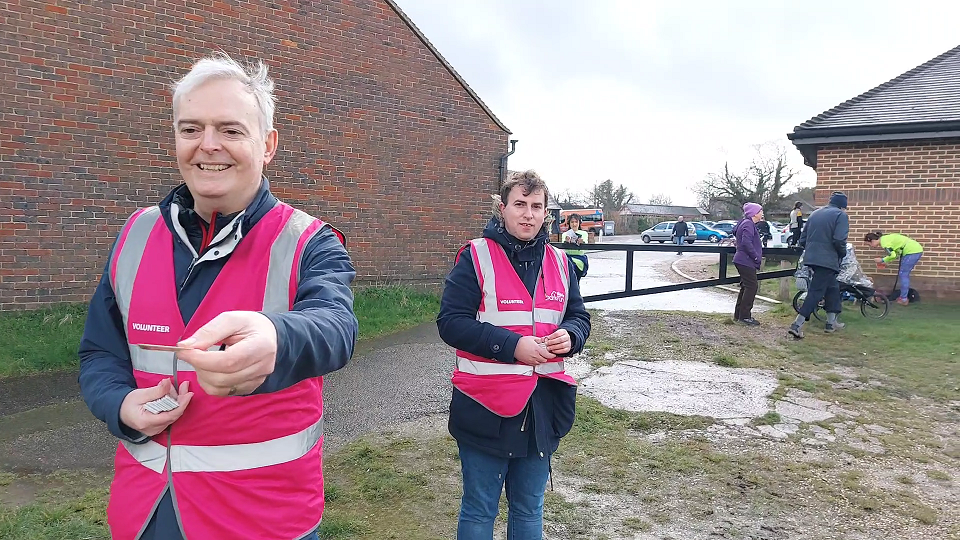 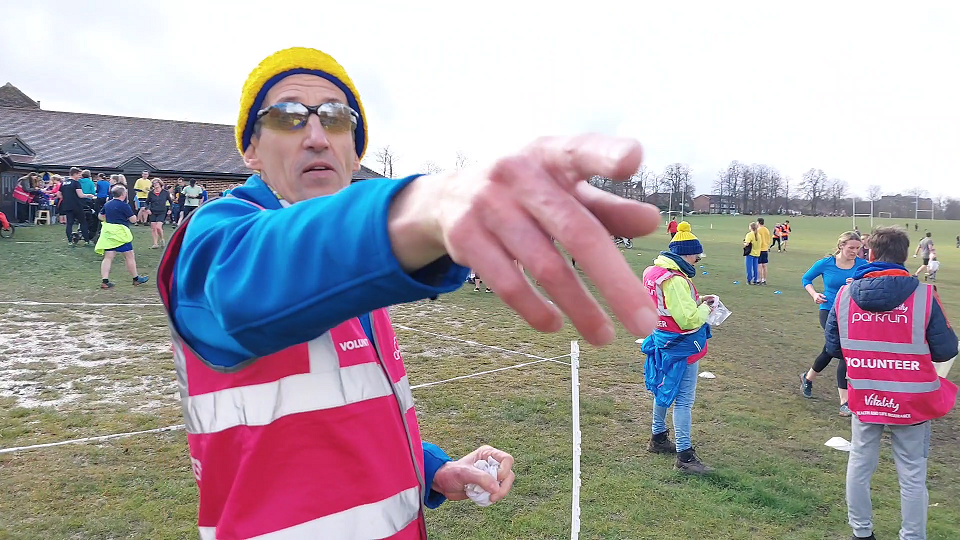 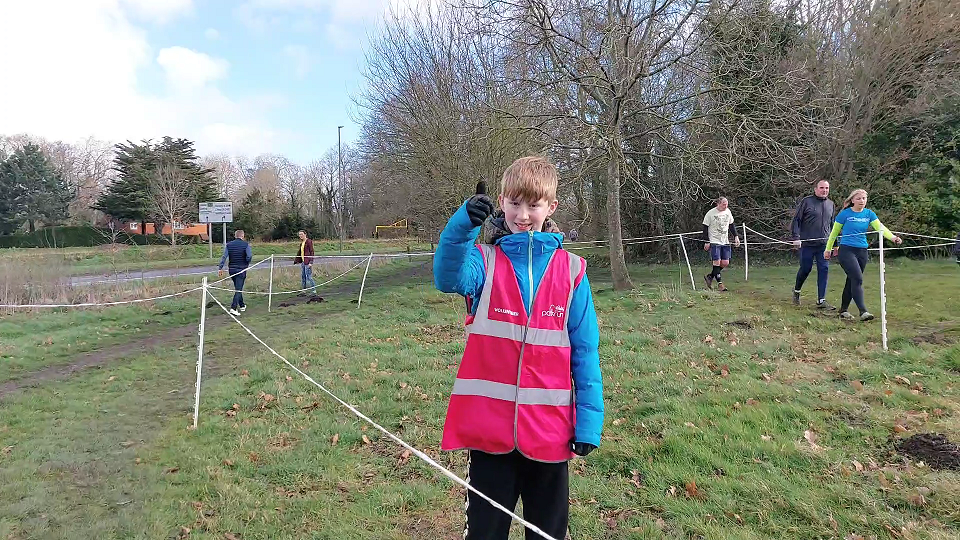 The highlight of every parkrun is to take the opportunity to catch up with friends and newcomers alike, to share running experiences and our news from the past week. But as always, this was interrupted by the Run Director’s announcements. It was wonderful to hear the names of all the volunteers being announced and then applauded, a ritual that we have sorely missed for the last two years due to Covid restrictions. 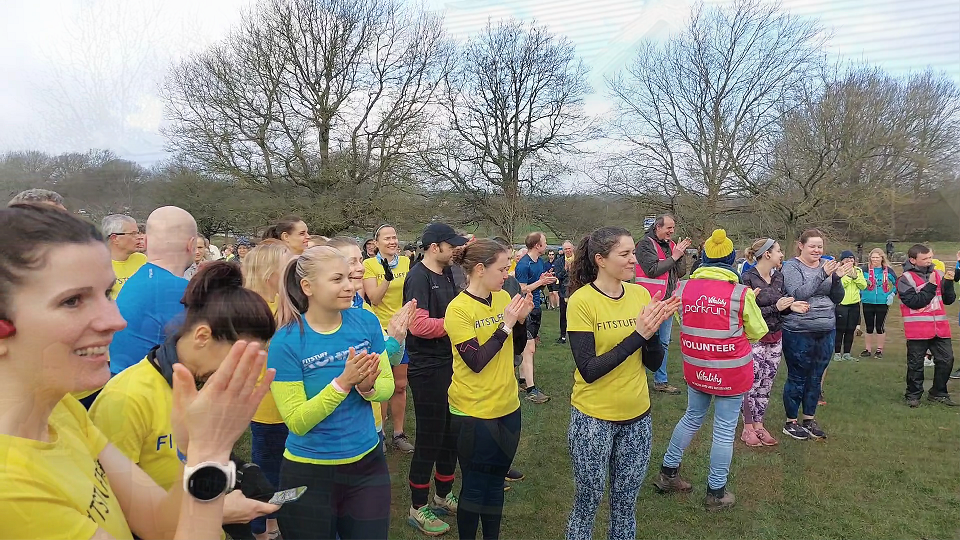 Then we were summoned to the starting line but unlike in any previous week, we were requested to split into two groups - one with yellow tops and one with runners wearing blue tops - for an epic photograph. The run would commence with a blue and yellow wave of runners. 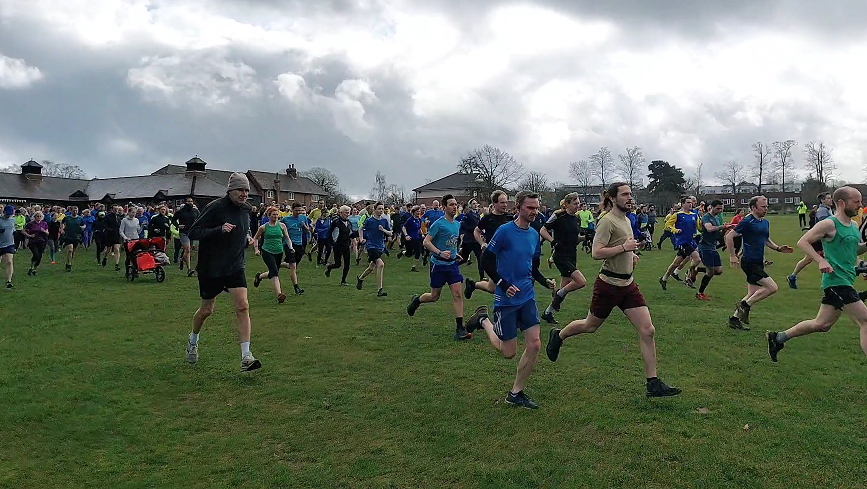 Then the claxon sounded and we were off! Some led from the front and ran at a pace that would be inconceivable by us more leisurely runners; and some would walk with the tail walkers at the rear. Some would gain a well-earned PB and some would be grateful to have completed their Guildford parkrun 5k run for another week. The finish line and our friendly timekeepers are always a sight for sore eyes! Let’s hope there were no slip-ups at the finish line where it was a little treacherous running in the mud. 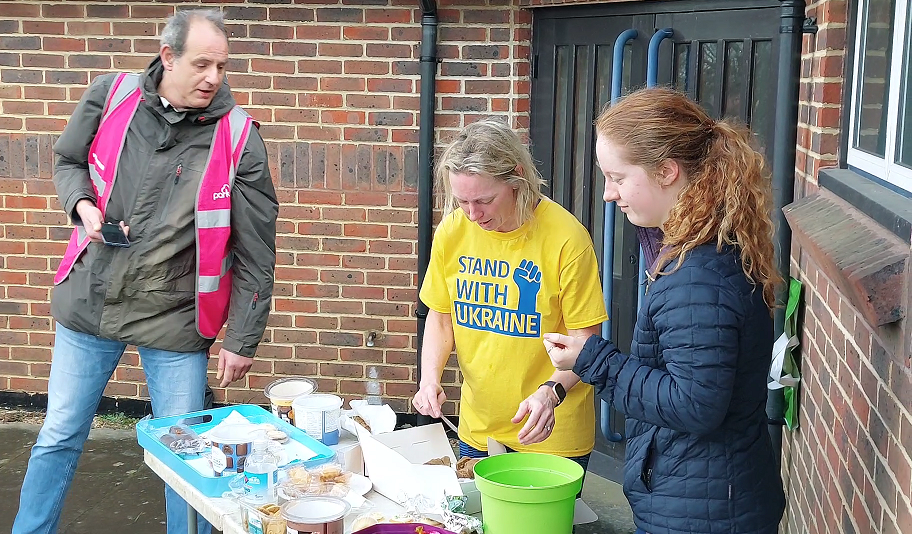 Whoever you were the motivation was stepped up a notch as we all realised that cake would be made available to all runners this week, to celebrate our Guildford parkrun 10th birthday.

For some you need a refreshment to eat your cake with so off we went, with friends, to the local hostelry to enjoy coffee and cake though tinged with sadness at the thought that in Ukraine they are suffering badly, with no parkrun to lift their spirits, so be grateful for parkrun. We are so fortunate to have it support us both physically and mentally.

What will your reflections be for the day? Will you be there in 11 years’ time when Guildford parkrun will celebrate it’s 21st anniversary?

This week 354 people ran, jogged and walked the course, of whom 34 were first timers and 24 recorded new Personal Bests. Representatives of 45 different clubs took part. 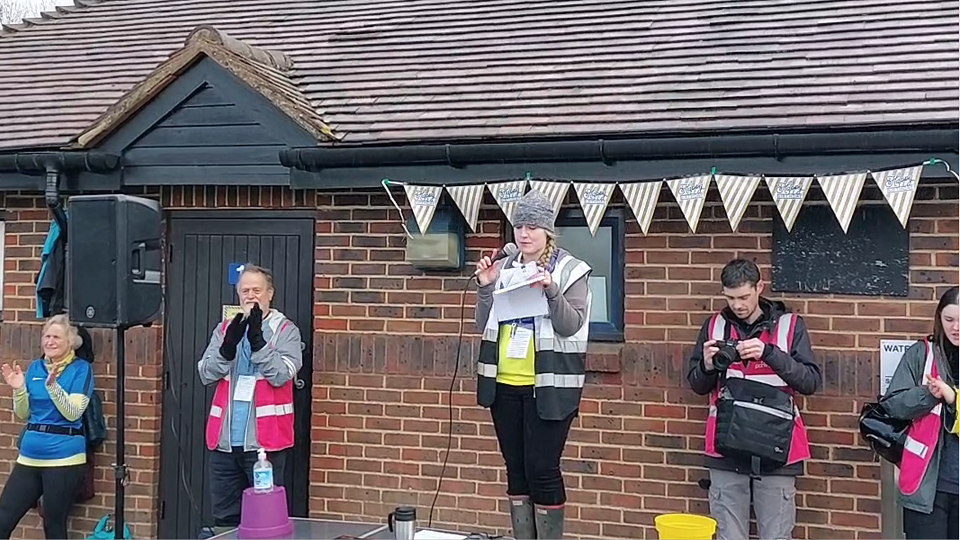 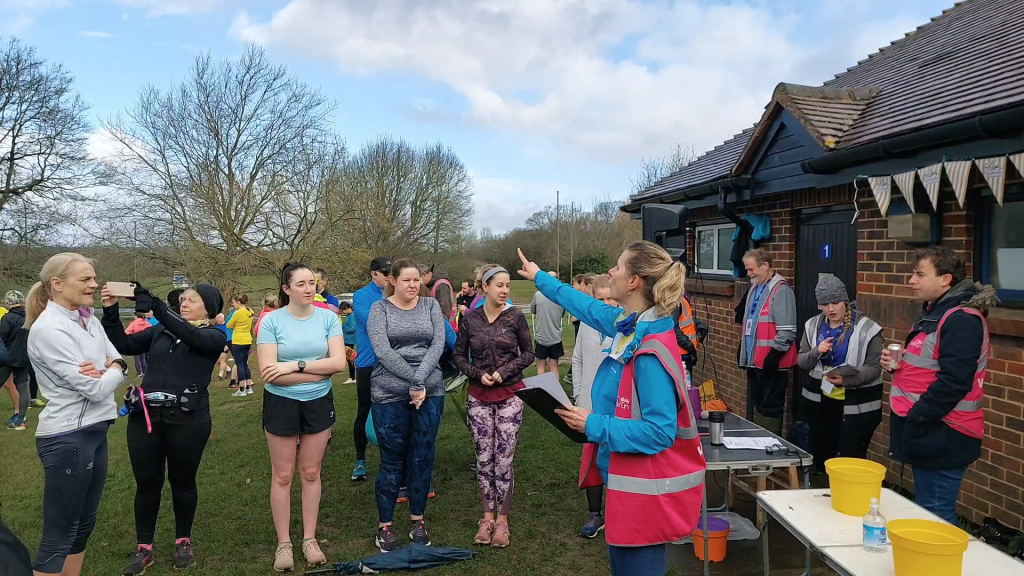 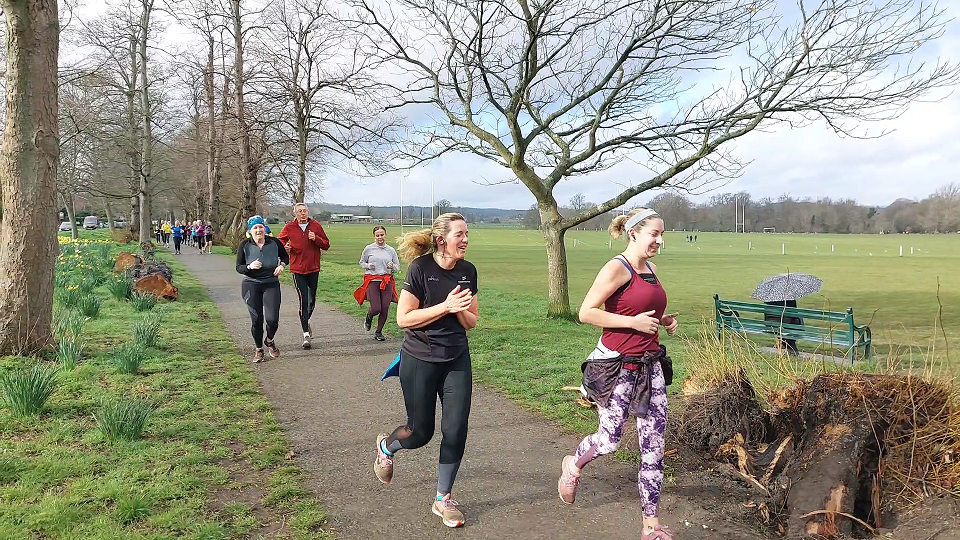 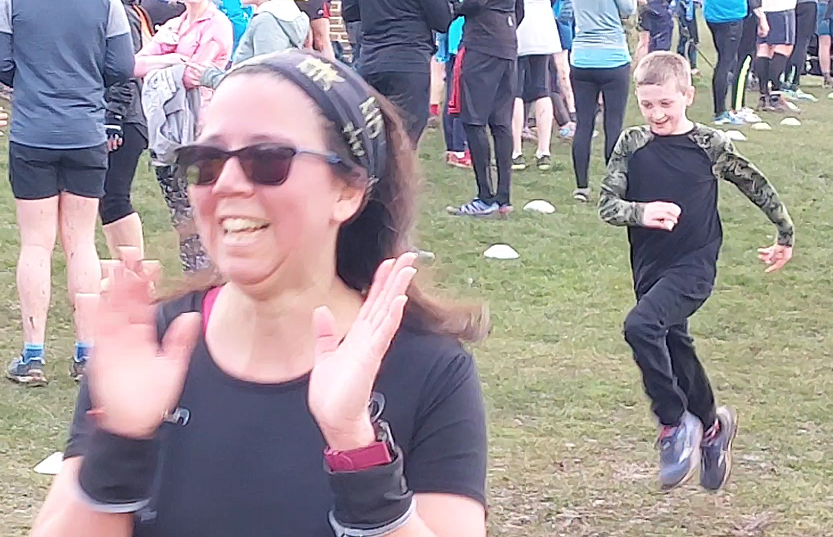 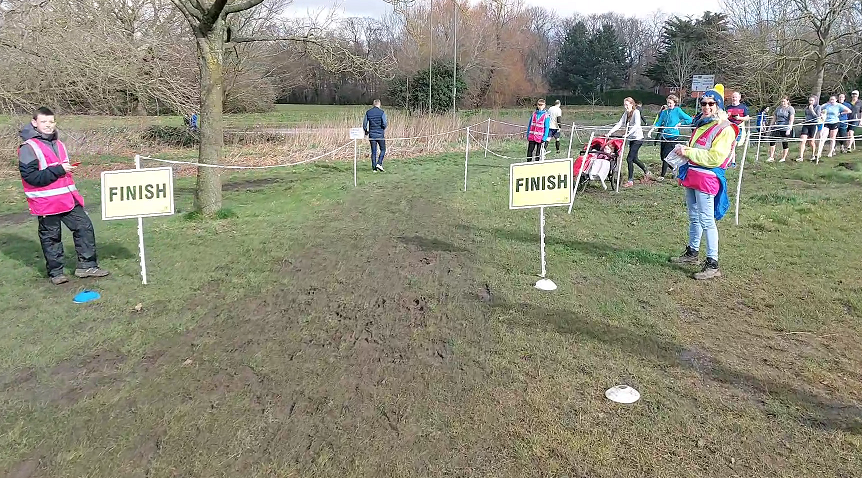 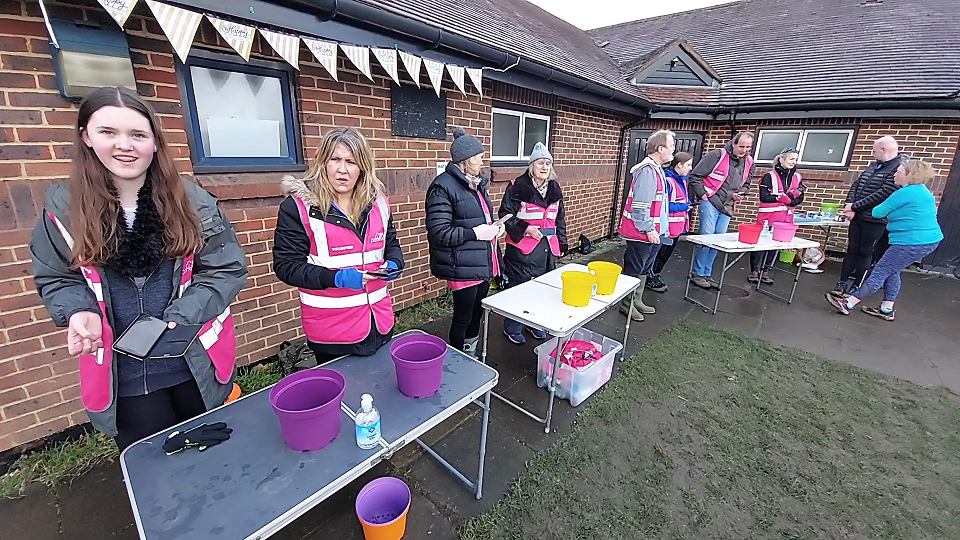