A moist, murky morning greeted the 651 walkers and runners at Gunnersbury parkrun this Saturday – however this didn’t dampen the spirits of anyone! Huge thanks need to go to Run Director Rich Berry and his team of volunteers for providing such a successful event, cheering everybody whilst they were running and performing heroics to get the results to the participants!  As announced by Pam Wiggins, a new ‘short finish funnel’ system was operated – hopefully it worked well with everyone getting their token, having it scanned…with no tokens going missing!

The full team of volunteers on duty were:

There are still spaces on the volunteer roster over the next few weeks, so why not try viewing parkrun from a different angle? Plenty of volunteering roles are available to be performed – please email gunnersburyhelpers@parkrun.com if you are interested.

What the numbers tell us!

Although the running conditions have been better, 108 people achieved Personal Bests! This is over 20% of the runners who had previously recorded times, a great achievement, especially as many other got close to their best times! This week nudged the total number of different people to have run a parkrun at Gunnersbury to just over 16,000 since the inaugural run in October 2011, and the total number of runs is rapidly approaching the 150,000 mark!

Congratulations go to Jasper Wilcox (JM10) on his 10th run, Chris Dennis, Hayley Kandt and Paul Percival for completing 50 runs, and Juliet Armstrong, Charlotte Llewellyn and Emmelia Kassapakis who have all achieved 100 runs! Everyone will now need to watch out for the email informing you that the T shirt can be ordered! A mention should also be given to Emmelia’s father Nikos Kassapakis, who was volunteering for the 100th time – a great achievement! 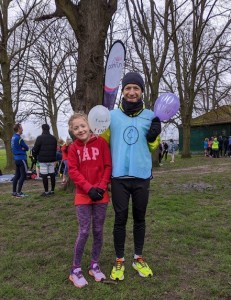 Collecting token number 1 was Ewan Fryatt in a time of 17:06, with Titus Thomson being the second person to be issued with a token 29 seconds later with Greg George being the third runner to complete the course, in 18:02. First lady home was Rose Penfold in a time of 19:06, with Melissah Gibson following her home 21 seconds later! Catherine Allen was the third lady to reach the funnel, completing her 16th parkrun with a time of 19:32, her quickest ever parkrun!