The catalyst for the Pearey family's Hadleigh Parkrun debut was a chance remark at the Great Notley run early this year. We were chatting about hills and a guy there said, "You should try Hadleigh, that's where they did the mountain biking in the 2012 Olympics."

The idea of tackling a genuinely steep and challenging incline appealed immensely and so, to mark my 50th Parkrun back in March, we made the slightly longer trip to Hadleigh to give it a go.

I recorded 31:55 that day, against my overall average of 30:17, and as usual trailed the rest of my family by some distance. But it was marvellous to be tearing down the winding path and still marvellous to be labouring up it on the head for home. It's a sensational course and all of us agreed we would have to return.

And last weekend we did just that (minus my eldest daughter, away in Sri Lanka). This time I volunteered as a marshal because of a lingering muscle injury picked up at the end of June.

Injuries are frustrating but volunteering is a great way to stay involved. Standing at the point where the upward slog begins, I was struck by how courteous parkrunners are, even when exhausted, with their "good morning" greetings and even a "thank you, poochie!" and some petting for my Weimaraner, Luna. 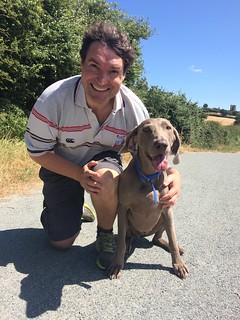 Ahead of the runners, I also encountered a woman picking up litter as she walked her dogs – such people are the salt of the earth.

I'd never been a marshal at a single-lap course, so you only see the runners once at Hadleigh. Once the tail walker, Kathy MacPherson, reached me, we strode off for home. She explained how she had overslept that morning and only arrived with a couple of minutes to spare. Perfect timing? Let's hope so because next week Kathy is a timekeeper!

After a drink at the café, the Peareys walked the park's 9km perimeter route, taking in a picnic at Hadleigh Castle. A perfect day.

Special mention this week to Lyn Ballard for completing her 25th parkrun (23 at Hadleigh), 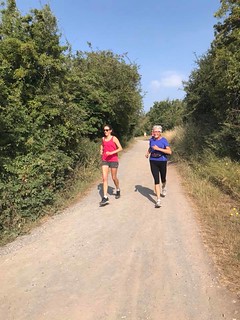 and to Jackie Robinson for her 60th parkrun (59 at Hadleigh). 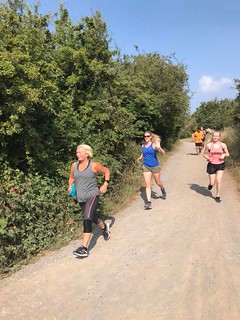 It was wonderful, too, to see tourists from South Africa among the 118 runners and walkers. There were 14 first timers and representatives of 16 different clubs took part. Of the 20 Personal Bests recorded, four were by people finishing in the top five.

The event, the 89th at Hadleigh, was made possible by 18 volunteers:

The full results and a complete event history can be found on the Hadleigh Parkrun, Essex results page.

So the next Hadleigh Parkrun will bring up two milestones – 10,000 parkruns and 50,000km. That's already way more than the Earth's circumference. Proof of what a magnificent contribution Parkrun is making to the world!