Once again a great turnout to Hadleigh parkrun 118. Well done to all the volunteers for your help making parkrun possible, Hadleigh are always looking for new volunteers
The girl guides gave an enthusiastic vocal support that really helped on the final hill.The sun broke through the fog by the end and there was an impressive selection of cakes for hungry runners and supporters. 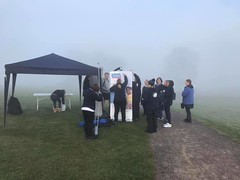 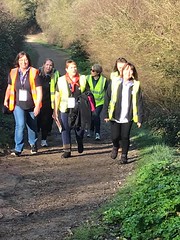 The spring like weather brought out over 200 runners, the youngest of all athletes being 5years old and the first runner home clocked an impressive 19 minutes and 48 seconds.
A mother and daughter came today to celebrate their 1 year anniversary and we are glad to be able to have shared their milestone here at Hadleigh. 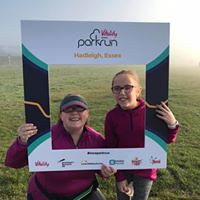 We were even lucky enough to have tourists from as far as Cumbria joining us.
There were a small band of new runners ready to take on the
hilly course including my friend Lucy Keeble. Lucy was among these new runners as we had talked her into joining the parkrun community which she ended up enjoying (much to her surprise). She really benefitted from the support that she received from runners, volunteers and girl guide leaders. 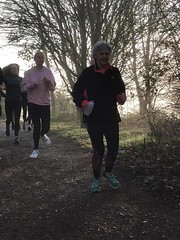 I contribute at Hadleigh parkrun with Libby Waller to complete 12 weeks of volunteering for my bronze Duke of Edinburgh. I have really enjoyed putting together this report and helping Libby collate memorable photographs for the website. 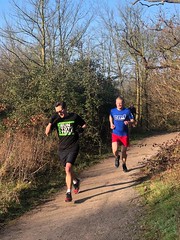 I look forward to next week hope this is the start of the nice spring weather to come.

This week 211 people ran, jogged and walked the course, of whom 21 were first timers and 49 recorded new Personal Bests. Representatives of 18 different clubs took part.