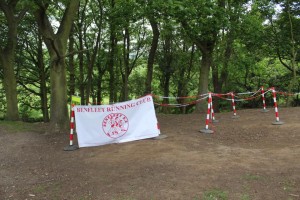 This weekend Benfleet running club took over Hadleigh Parkrun, hopefully 20+ red and Whites made your 5K parkrun all the more enjoyable cheering you on up those hills! 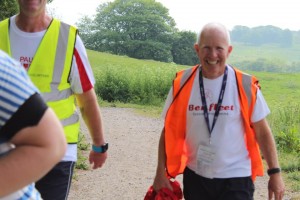 The heavens opened just as the 200 runners took to the start line but luckily  the clouds parted and the sun shone whilst you all made the most of the first down hill. 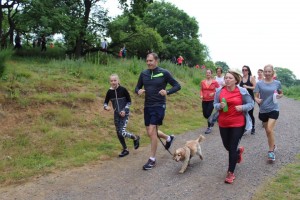 Having never been brave enough to embark on one of the toughest but most picturesque park runs in the country it was fantastic to see so many runners of all ages even including somebody who was seven months pregnant! Well done to you all, I may swap my normal relatively flat park run for Hadleigh even if only once!If the hopefully friendly encouragement of the Benfleet marshals around the course have inspired you to join a local club then it would be great to see you at either our beginners juniors or adult training sessions, please see our website for membership details or come down on Tuesday or Thursday to meet some of our runners 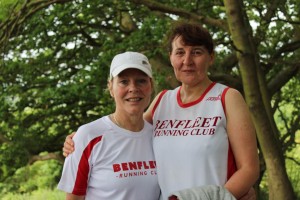 And finally a word from Lilly's mum Tracey about the fundraising she's been doing:

Lilly is taking on her Brownies Charity Badge and chose the Essex and Herts Air Ambulance because last May they attended to her Daddy when he had a bad accident at the Hadleigh Mountain Bike track (on his bike) and this would be her way of saying thank you for that day. This is also the reason why she chose the Hadleigh parkrun as this is near the site he had his accident.

Lilly is not an active runner (she prefers horse riding) so saw this as a personal challenge, she has raised a massive £315 and will have to present her reasons for her chosen charity to her Brownie Leaders.

Just to say Thank you all so much for supporting her today she’s a very shy little girl and she’s been buzzing all day. 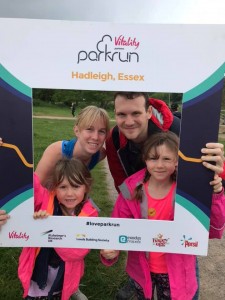 This week 200 people ran, jogged and walked the course, of whom 21 were first timers and 41 recorded new Personal Bests. Representatives of 15 different clubs took part.