So, visiting Grandma gives us an opportunity to do some parkrun tourism again, me and my son Morgan have been before and we brought a friend Anna with us. She is visiting from Warsaw and had never heard of parkrun before, she has now completed 3 different parkruns (Daventry, Leamington and Hampstead Heath) and is a total convert!

I’ve just looked it up and the last time we ran at HH was December 2016, so it’s been awhile! We were actually nearly thwarted by the car park as both machines were not functioning, and I had left my phone at Grandma’s house. But, as ever the kindness of parkrun strangers shone through and somebody helped out by adding my car to their app so we could park without worry of getting a massive fine.

The day was lovely and sunny but my oh my it was quite blustery too! The briefing was quite a revelation as I frequently do this at my home parkrun but I was blown away by how many new people there were. HH welcomed 21 fist timers to the parkrun family and a further 36 newbie tourists – 57 at a first timer’s briefing is quite a challenge without a megaphone!

There was one Junior runner who made it their 10th parkrun, 2 people joined the 50 club and one runner was doing their 100th parkrun – congratulations to all of you!

We were running route B apparently, slightly different from the route that I have run before which took us around the pond rather than across the grass, this meant that we went further down the hill and inevitably further up as well! 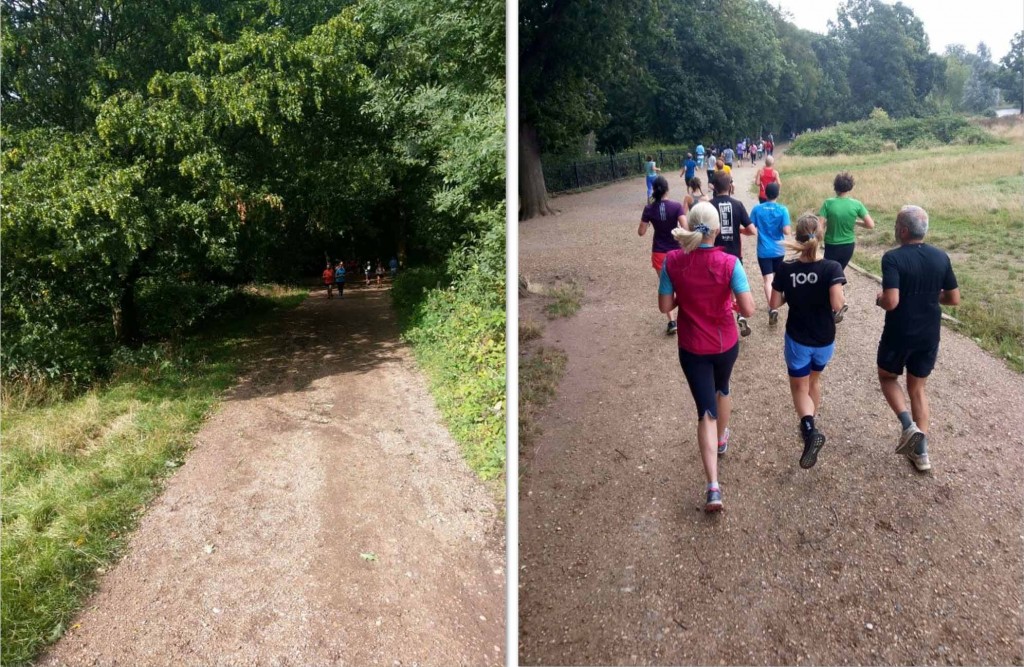 Talking of hills I did a little research as my home run – Leamington Spa prides itself on having a “hill” which we regularly warn tourists of. When looking through the parkrun statistics I noticed that the elevation change at Leamington is 159m which really doesn’t feature on the charts when it comes to elevation changes (375th on the charts) – Hampstead Heath parkrun has an elevation change of 316m (493th most elevation change out of a list of 519 in the UK!) and boy oh boy did I notice it. I vaguely remembered that there was a small slope on the final lap but it did rather take me by surprise how long it was!

And another totally useless fact, but it amused me: there were 344 runners at Hampstead Heath parkrun and run that backwards to 443 – the exact number of runners at my home run of Leamington.

Thanks Hampstead Heath parkrun – we had a blast and we won’t leave it so long next time!

Today I had the pleasure of touristing at Hampstead Heath parkrun for their 412th event. Lovely sunny day but with a generous nip in the air so perfect for a run! The start was super easy to find with great directions, and always a relief when at a new parkrun to walk into the park and see a funnel being constructed!

First timers briefing contained essential information, and soon it was time for the start. Unfortunately I couldn’t hear the Run Director’s briefing as I was starting near the back, but there was some distinct cheering and clapping from in front of me so well done to anyone who achieved a milestone today!

The course was very enjoyable to run. Lovely pathways and views over the river. No sense of boredom even on the sections that were repeated which was nice. The long hill was a bit of a challenge, but the scenery and encouragement from the marshals made it much more bearable!

As always, parkrun is a sociable place and I ended up chatting with Jennifer, a lovely lady who’s recently moved from Los Angeles to work in London. This is part of what I really love about parkrun - it’s a real community wherever you go! It was both of our first times at Hampstead Heath so nice to run most of it chatting. Good luck to Jennifer in her upcoming first half-marathon!

This was a fun parkrun and an excellent route - very glad I chose to come here this morning and clock off my ‘H’ touristing the alphabet!

Thanks to Joanna Pellereau for today's parkrun report. 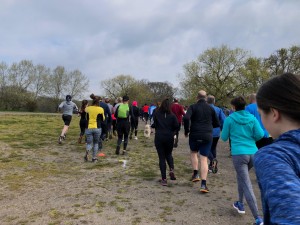 Farewell to the Fairground 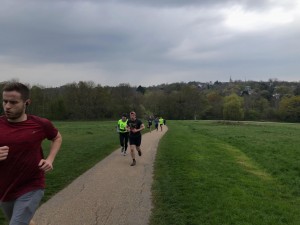 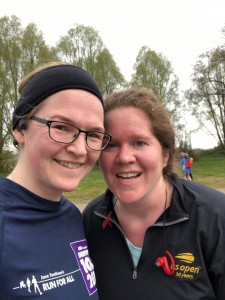 We always talk about parkrun being free, forever, for everyone. That said, running the event every week is not FREE. We do incur minimal costs from time to time such as batteries for the timers, vital supplies for the first aid kit and defibrillator, signs and barriers, flags and safety markers for the course.

There is no central funding pot for these things that help make the event happen. There is a donations process that is there for us to keep our supplies topped up and develop the event.

As an event team we are constantly on the lookout for ways to make the event better, safer, more inclusive and every now and then we want to buy things to facilitate this. Our ability to do any of this is completely dependent on your generosity and willingness to support the event. Without your contributions we simply cannot do any of these things as we do not have access to the funds to do it. We have a massive community of over 14,000 runners registered to parkrun with their home run as Hampstead Heath, and about 450-500 participate in the event every week. If everyone (even half of them) gave us £1 or £2, we would be set for the next few years! If you can spare a pound or two and are willing to donate to support the event, you can donate by visiting this link:

and clicking the donate button. Please note that it is parkrun policy that no one in the event team or volunteering at parkrun can handle cash. We can only accept donations via the online platform.

All of our expenditure and donation are published on the parkrun site – this pot is purely there for us to develop the event and keep our supplies topped up.

We really appreciate your support for our event!

Due to worsening conditions overnight, we are cancelling the parkrun today 2nd February.