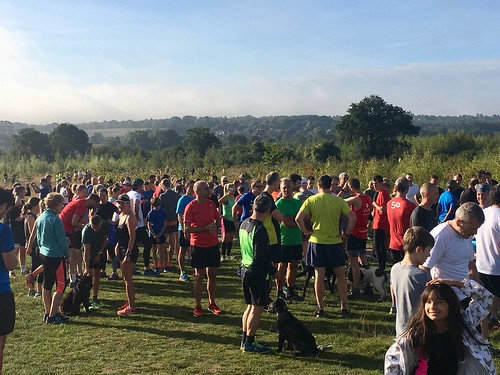 This week saw a record attendance at Heartwood Forest, with 218 people enjoying the stunning views and blue skies (yet again proving the sun does always shine at Heartwood). There were 101 first timers, including 13 completing their first ever parkrun. Representatives of 45 different clubs took part.

We enjoyed getting to know the many tourists who paid us a visit. The high numbers were not restricted to people, with what was described as a ‘dog off’ in the front group of runners, as the battle was on to put the fastest paw forward. There was also a rare dinosaur sighting among the woodland creatures… 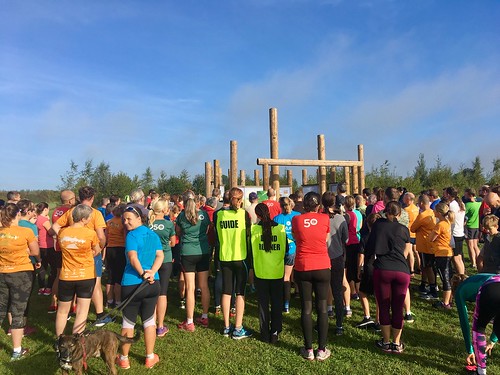 A number of milestones were achieved this week. Congratulations to Rupert Walke on his 50th parkun and Kate Burn on her 200th. Patricia Cue, of Sutton Runners, completed her 499th parkrun this week. Where will her 500th take her? There were thirteen members of the 250 parkrun club present, who between them have covered a massive 23,015 kilometres. 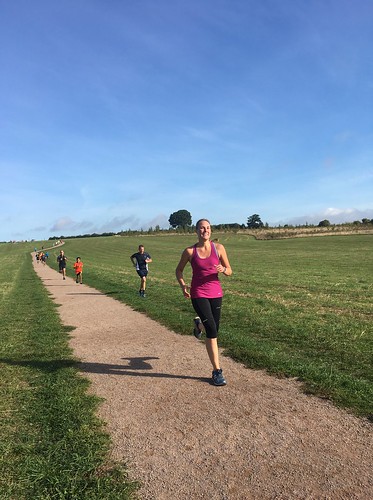 Two age category records were broken with Amelia Brimley running a time of 28:16 in the JW10, and Brenda Clayton setting a new VM70-74 record with a time of 30:06. Congratulations to the 48 participants who achieved a new Personal Best today.

Thank you to the nineteen volunteers who made the event possible:

Today's full results and a complete event history can be found on the Heartwood Forest parkrun Results Page. 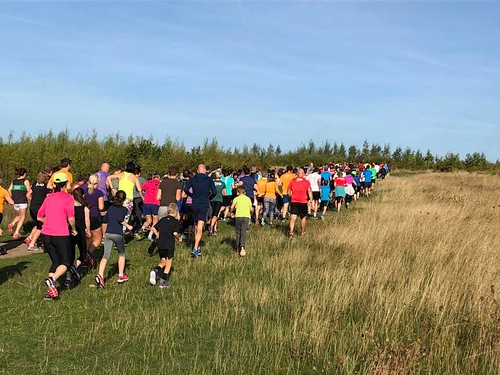 The run is under way
Photo by Oxfam St Albans

There are only two more opportunities to participate in Heartwood Forest parkrun. Our final parkrun will be on the 6th October, and another event at Heartwood on the 29th September means there will be no parkrun that day. Thank you to everyone who has participated, volunteered and visited Heartwood Forest over the past 45 events, who knew this is how I would enjoy spending most Saturday mornings... 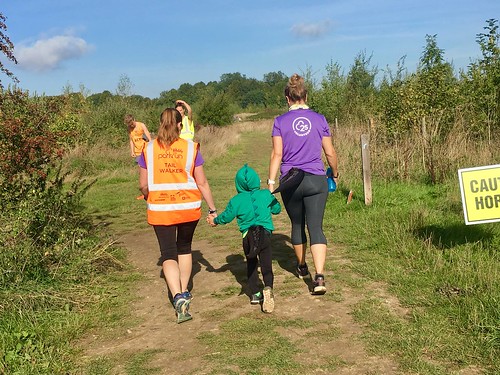