Thank you to regular parkrunner Brian Green and Ribbon Communications for planting an amazing 500 new trees around the parkrun course and nearby. 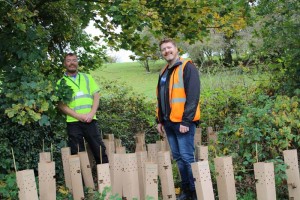 Thanks to Kate Conway for our event report this week

72 people ran jogged, walked, slid and slipped round the Henley-on-Thames’ 135th parkrun this Saturday and a good few of them were wearing purple in support of International Women’s Day. Having been cancelled for the past 3 weeks because of the weather, it was time to start running again and with an almost exclusive female volunteer team, ably led by Louisa Mead, we weren’t going to let a drop of mud put us off! 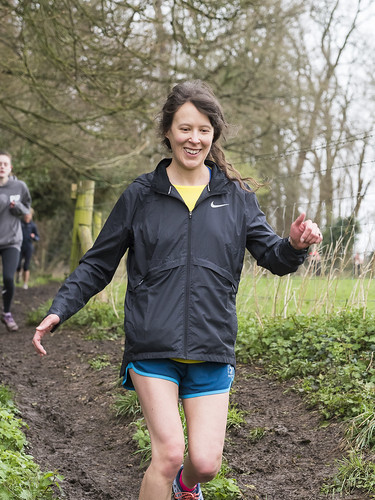 From my vantage point as a marshal I could easily see who had embraced the course and run straight through the mud and puddles and who had delicately tried to tip-toe round. Those legs would need a good scrub in the bath!

Three people chose to make their parkrun debut at Henley this week, Amelie Way, Fiona Hortropp and Jonas Salter - well done to you all and thank you for choosing Henley. In total 24 people were visiting us for the first time. 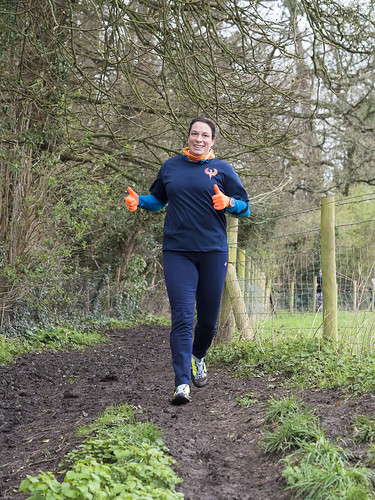 Amazingly, despite the conditions, two people recorded PBs, Clare Donovan and Chelsea Freckleton. Well done ladies, just think what you can do when it’s dry!

No course records were broken, perhaps not surprising given the conditions, but then no bones were broken either, with everybody having ably navigated their way round. 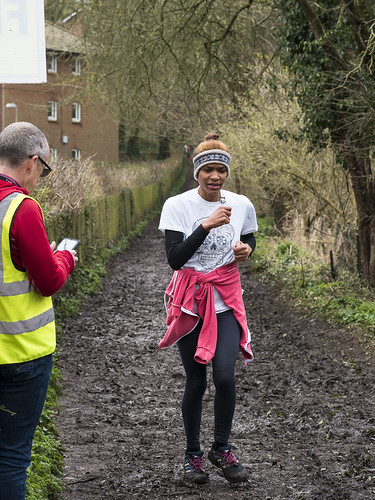 Many thanks to the sixteen volunteers who made this event possible

It's International Women's Day on the 8th March, and we're asking for your help on parkrun day (Saturday 7th March) by encouraging as many women as possible to join us as runners, walkers, joggers and volunteers. 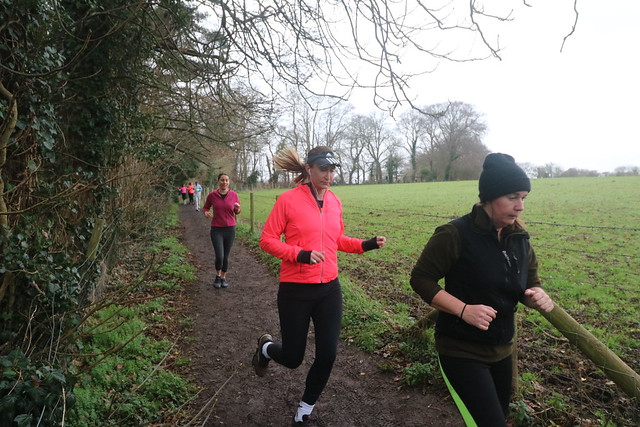 Why not wear something purple, and bring a female friends / partners to #parkrun. Keep an eye out on social media for posts over the next few weeks and the #IWDparkrun hashtag 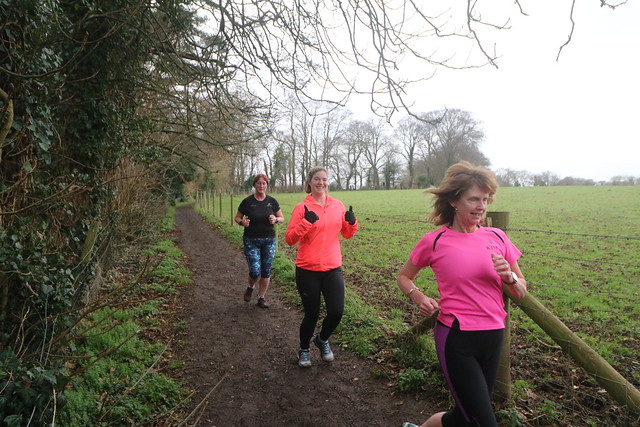 My first Saturday parkrun of the year took me to Henley-on-Thames to take on the NENDY (Nearest Event Not Done Yet)  I have been avoiding. The tales of the views, the cows and the trail run is definitely something that really encouraged me to want to visit Henley, the stories of "that hill" wasn't so appealing to a plodder like me!.

I had planned to wait until I really believed that I could actually "run" up that hill, but I figured that wasn't going to happen anytime soon.  There had been 129 Henley parkrun weeks to get in shape after all!  Today I planned for a sub 40 minutes instead. We arrived in plenty of time to find a close-by parking spot and make our way to the first-timers briefing.  I loved the route map; I visualised this on both laps to try and gauge where on the course we were and how much further to the "downhill bit".  Also, I love a run with an out and back, it gives you a chance to cheer on those ahead and behind you.

It is a narrow course if you are going to be lapped or if you want to overtake.  Usually, I am lapped by about 358 parkrunners at Woodley's 3 lapper, but today only one very polite and speedy legged spring chicken flew past.  A pleasant change! Everyone at H-O-T were really friendly and welcoming, the marshals encouraging throughout the course (probably pleased that they are cheering and not running themselves!).  We met up with some other tourists and I enjoyed a chatty run round.  (I say "I" - I never know
how much those around me enjoy my chatty runs, I'm sure they were trying to get away from me!!)
There were just 94 runners this week, 7 set new course personal bests, well done! 23 runners were first timers and 4 of these were starting their parkrun journey.  No milestones today, although every parkrun is a milestone in my view.
Thank you to the fabulous 16 who volunteered this week.  I enjoyed my bit of tourism today and will definitely return to give that hill another go….

Thank you Sofia from Guildford parkun for this week's run report.

21st of December, the parkrun run before Christmas Day. 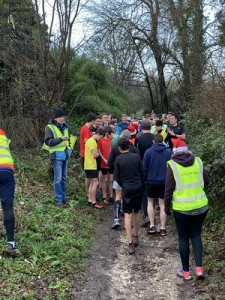 Henley-on-Thames is a lovely place where anything lovely may happen.. at the right time of the year..

Although with the Christmas holiday around the corner, with some railway companies in strike, a grey sky and with drizzling menacing to pour down, a group of brave volunteers and courageous runners showed up to test their abilities today.

Before half eight most of the volunteers were already setting up the signs.
The course seemed a swamp at some points along the already challenging course. 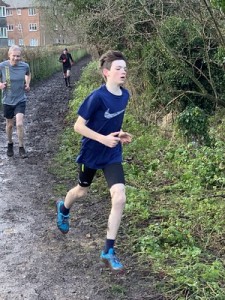 It was time to listen to the first time brief and to do so all the runners - both locals and tourists arriving from Didcot, Marlow, Guildford and even Australia! - had to move a few tens of meters up, getting a "first sip" of what it will be the course: two laps anticlockwise were mud would be runners' companion from the very beginning up to the end. The course has some steeps up along the trail path that sits along the laps.

Everyone was ready after the run director delivered his speech. The queue was long, and every and each of the 80 brave runners dashed down the slightly muddy path as soon as the "Go!" was shouted!

Some runners felt like "fish in the sea" as one recorded a PB!
Everyone of the 80 runners that we had today - 27 were first timers whilst others were members of one of the 21 clubs that took part - was careful to avoid an incident due the terrain conditions: hilly, muddy and slippery but everyone enjoyed the experience, from those that barely were stained with mud to those that seemed like the golem of Prague, as myself! 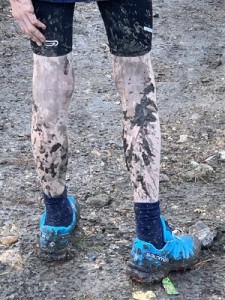 Luckily, no injuries and all great fun, and at the end the sun blessed us with some warmth, as a sign that next stop should be the local cafe, where lovely thick hot chocolate, coffees of any sort and tempting cakes were the rest of those runners that decided to challenge the elements instead of staying at home. Well done everyone!!

Today's full results and a complete event history can be found on the Henley-on-Thames parkrun Results Page.