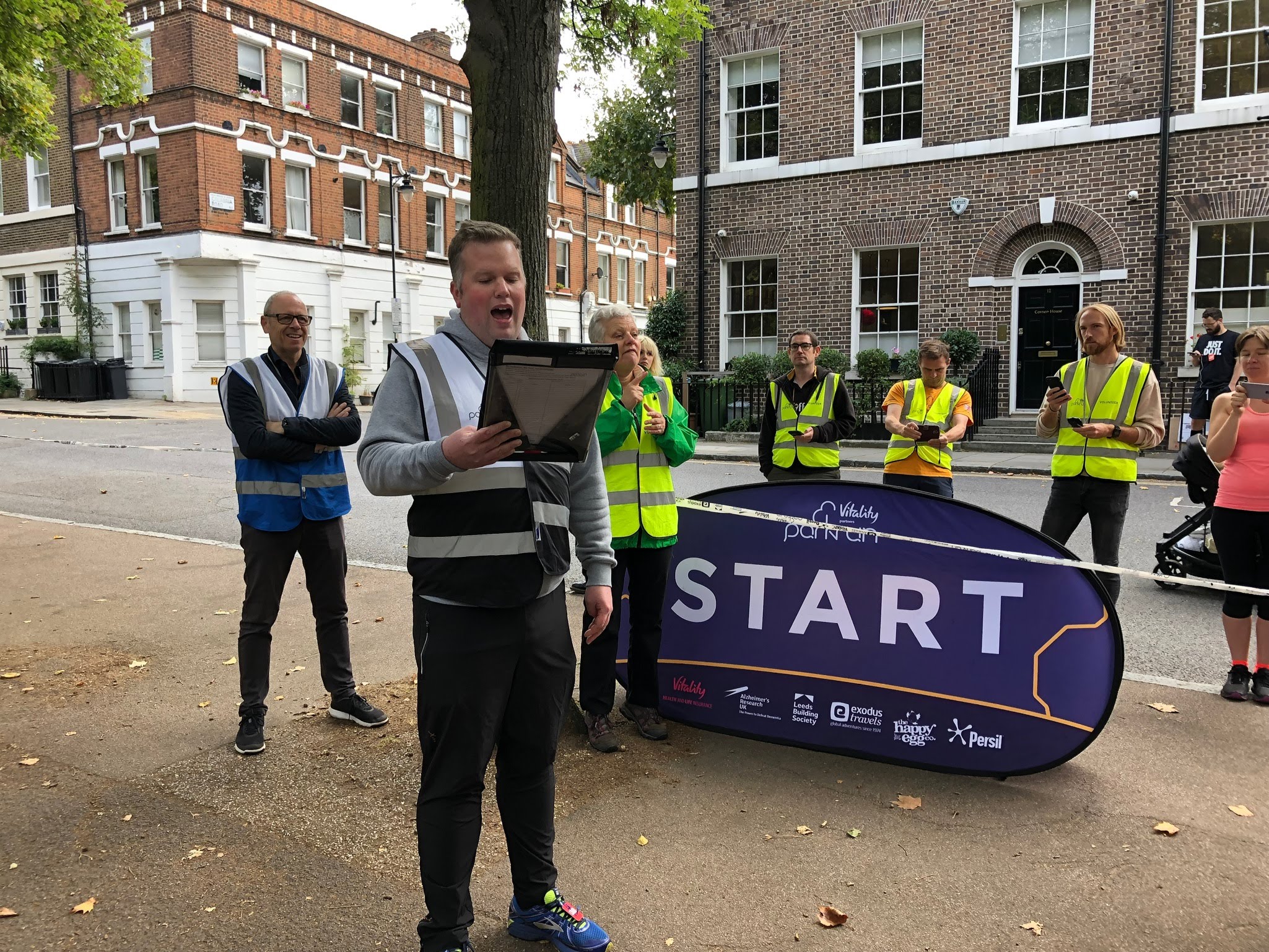 This week we introduce you to Islington Borough Councillor Diarmaid Ward. Diarmaid has completed a total of 81 parkruns, 61 of which have been around Highbury Fields, the other 20 ranging from local - Finsbury Park & Hackney Marshes - to slightly further afield - Cassiobury Park -  to across the water - Omagh & Portrush. He can sometimes be seen running with a running buggy, sometimes with an ever increasing group of Islington Borough Council councillors, but always with a big smile on his face. His PB of 29.01 is his Highbury Fields as well as his overall parkrun PB.

Cassiobury Park in Watford in October 2015. A very flat course, ideal for a first parkrun.

Having done absolutely no running at all for the first 30 years of my life, I completed the London Marathon in 2012 (prompted by the desire to wind up a friend who had burst out laughing when I mentioned the idea) and the Belfast Marathon in 2013. I subsequently struggled to keep a regular running routine. So something that's at the same time and same place with many of the same people every week is ideal for me.

Portrush - a beautiful beach parkrun in Northern Ireland. I was there for a family wedding.

I love that it is for everyone regardless of ability, age or anything else and that it's such a friendly community. 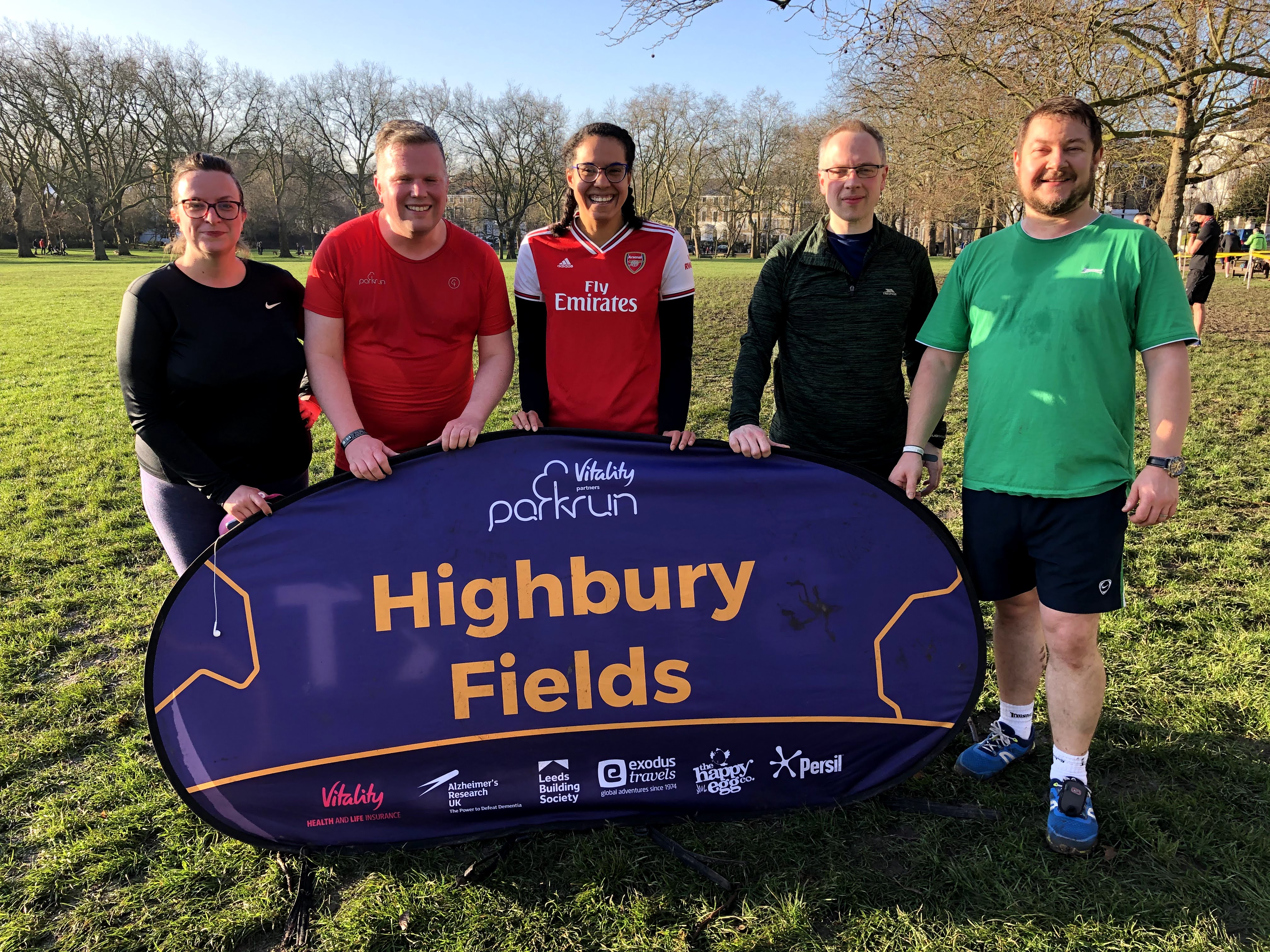 Last year, Richard Powell, a member of the core volunteer team at Fulham Palace parkrun & an Islington Council employee, came up with the idea of getting a team from various departments within Islington Council to stage a Volunteer Takeover of Highbury Fields parkrun, with you as Run Director. Tell us about that day & your overall thoughts about volunteering at parkrun.

Sometimes you don't appreciate how much work all of the volunteers put in to make the event happen each week. It was great to see so many Islington Council employees from so many different parkruns across London coming together to volunteer. There were also others who had never heard of parkrun who were inspired to join their local parkrun after volunteering. That's what it's all about.

How are you coping without your regular Saturday parkrun?

My maxim used to be that no matter how stressed or overwhelmed I was, so long as I could get to a parkrun on Saturday, I'd be fine. So it's hit me hard and I'm sure there are many others who feel the same. But the way that the parkrun community has stepped up is amazing. I'm really enjoying the new virtual Highbury Fields parkrun club on Strava.

I believe that parkrun is so important to communities across the world, including ours. We don't have much green space in Islington so it's great that we have Highbury Fields parkrun. Apart from religious attendance, it's the biggest weekly social event in the borough. One day I want to see all 48 councillors out walking, jogging or running with us...