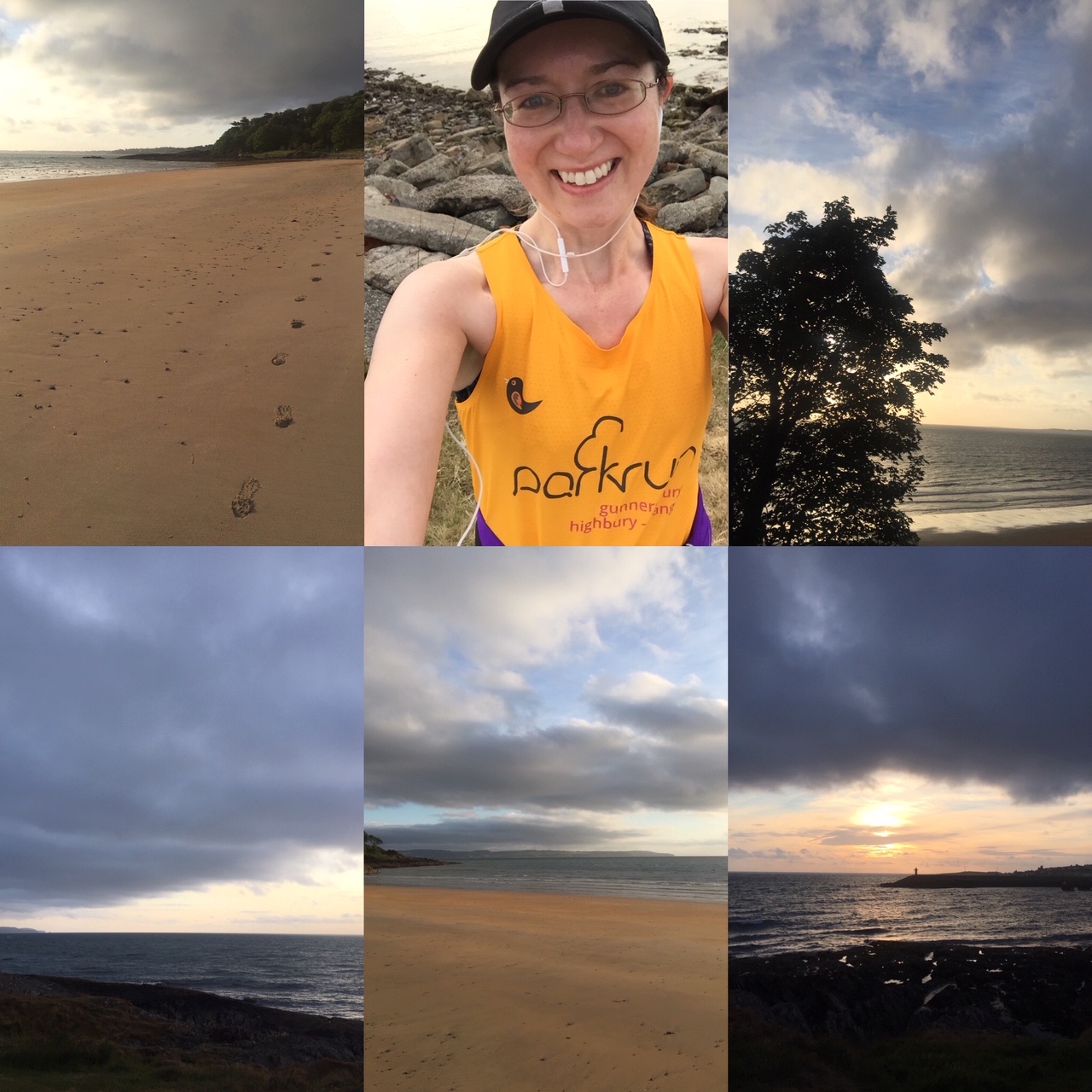 Meet Jenny McCullough, whose parkrun journey has taken her from Gunnersbury Park to Highbury Fields, plus quite a few other parkruns along the way and most recently back home in Northern Ireland to a brand new parkrun in Helen's Bay. Jenny has run 235 parkruns in total, 117 of which have been around Highbury Fields. She has also volunteered at 46 parkrun events. Her PB is 22.37, achieved at Highbury Fields of course.

I had been aware of it but hadn’t done anything about it until I got some gentle encouragement from a friend who has been a stalwart of Sunderland parkrun. I had completed 'Couch to 5k' but wasn’t sure I’d find the parkrun, never mind make it around the course. The first time I went to Gunnersbury I told myself I’d just go and have a look, but on the way there I met a parkrunner who showed me where the start was and then I just got swept along.

I was very tired but very very pleased with myself. I knew I wanted to try again and do it better so I was already hooked. When I told my friend in Sunderland that I was officially a first timer, he texted back "welcome to the congregation". I knew straight away what he meant about the ritual of people showing up to be together and support each other. Years afterwards I had a chat with a parkrunning clergyman, who said "It’s great, isn’t it? Like church, but without the hassle".

It’s hard to narrow it down! At Gunnersbury I remember being taken to a scorching PB by a pacer who could only have done more to get me over the line if he’d picked me up and thrown me into the finish funnel.

I did my 100th parkrun when I was feeling triumphant – moving slowly, not yet back on friendly terms with stairs, but still triumphant – after my first Belfast City Marathon.  I thought about going back to Gunnersbury to celebrate but by then Highbury Fields was definitely home. Heading for the start, I hobbled right into my first ever Run Director from Gunnersbury, whose mission to complete the London parkruns had, quite by chance, taken him to Highbury Fields that day.

Another memorable parkrun at Highbury Fields was also a bit painful to begin with – the first one back after I’d been on television talking about an awful time I’d had at work in another lifetime. I was so touched by the parkrunners who offered me their support and trusted me with their own stories that I wept for about five of the five and a bit laps. Being at Highbury Fields also helped me to put things into perspective, though, when I remembered that I was in Islington where there are many people who are on TV all the time!

I’ve got lots of memories of parkruns that marked important times, were marked by extreme weather or that were just great fun. At the moment I hope the most memorable parkrun of all will be the next one. 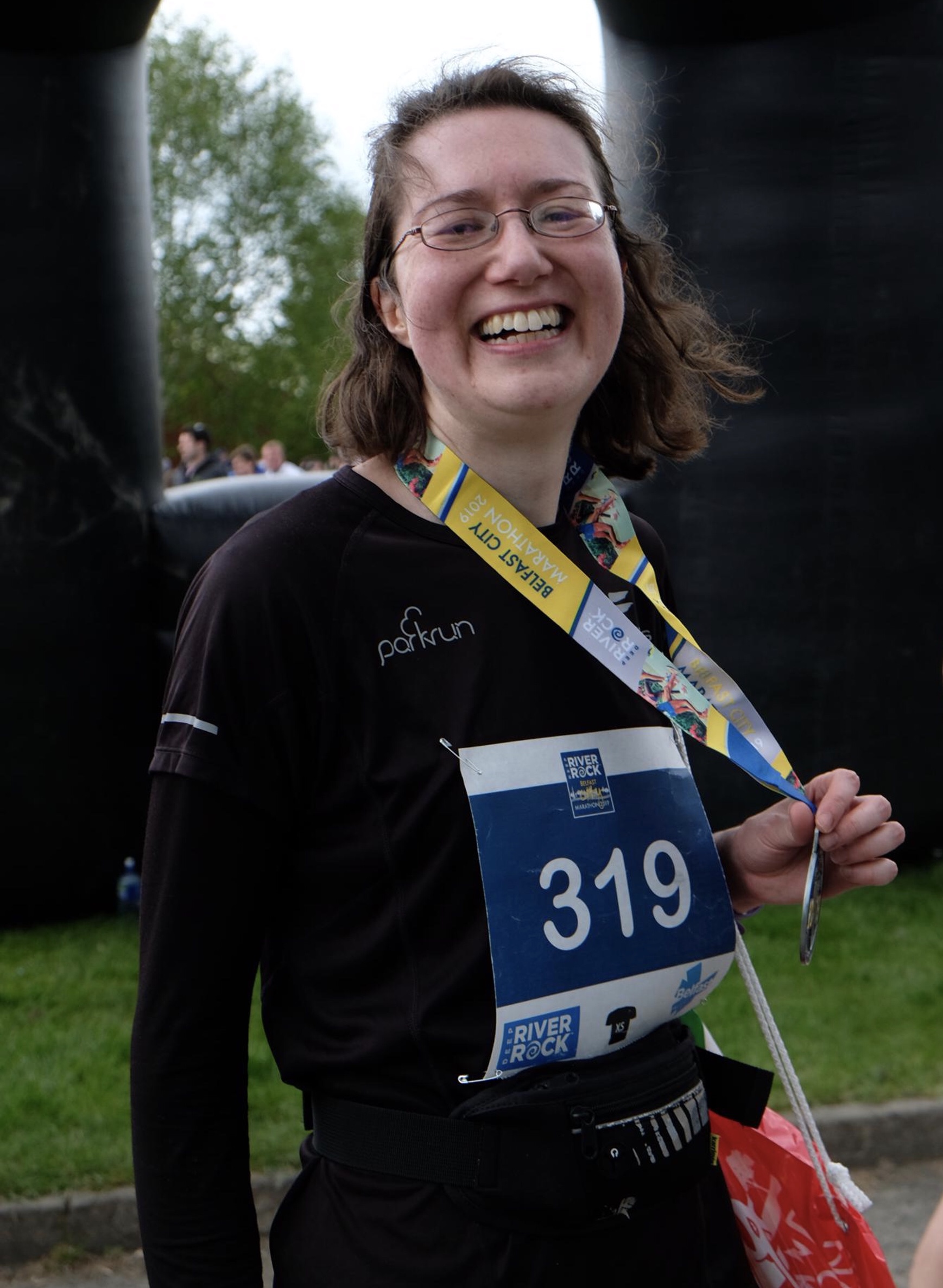 I like that it’s such a great illustration of the power of just showing up and giving it your best shot, whether running or volunteering. By 9.30am (or 10.00am in Northern Ireland and parts of Scotland) you’re already winning. I believe that parkrun has enriched my life in ways that go well beyond running – I’ve seen plays, read books, and made great friends because of it. That’s what I like most.

Volunteering is absolutely its own reward and when I say I’d recommend any of the roles as valuable work and life experience at any age, I’m not exaggerating. It’s a privilege to see how parkrun works, from set-up to results processing and to learn from the core team how to do it well. It’s more important to me to improve as a volunteer than as a runner but volunteering has also given me some of my best laughs and my best views. I’ll never tire of seeing all the different stages of parkrun; from the sprightliness at the start to the palpable exhaustion at the end, the effort everyone puts in is endlessly moving and a complete delight for me. 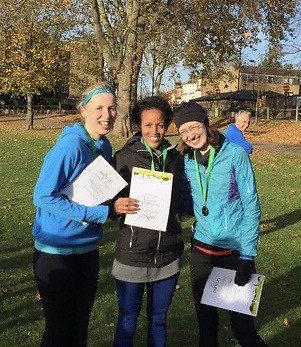 In the couple of weeks before lockdown I took part in a brand new event, Crawfordsburn Country parkrun. I’m sad that people are missing out on getting to know the gorgeous and challenging course that was a labour of love for the Event Director and core team to establish and also missing out on having tea and a bun together afterwards!

Apart from parkrun I’ve mostly been a solitary runner and I think that has made it easier to cope. I’m lucky to be able to run along the coast and as I’m missing London too, sending photos of the sea and sky to Sunderland, which was really where parkrun started for me; this all helps me to appreciate what I’ve got here in Northern Ireland.

I do long for parkrun, though and not just when I think of how close I should be to ordering my green 250th parkrun milestone t-shirt. But being able to run at all in this time is a great gift – and thinking about parkrun, which has helped me gather the strength to stand hard times in the past, has become a great sustaining thing for me to draw on. I always thought parkrun was both good living and good training for life and now I have proof.

When I moved back home from London last summer I was too sad to say goodbye properly. I think of Highbury Fields very often and all the more so in the situation we’re in now. So thank you Highbury Fields parkrun for the chance to say I hope you and yours are all keeping well. I send you love from across the Irish Sea!