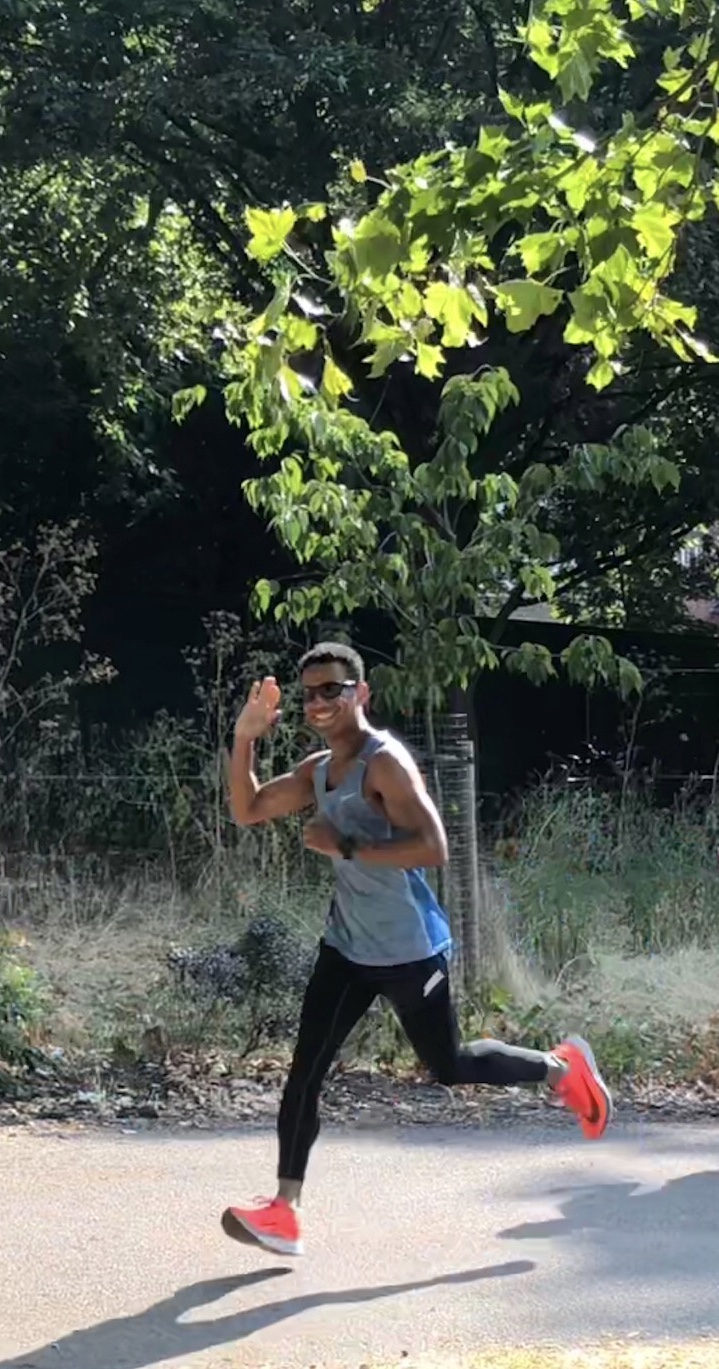 What’s this parkrun thingamajig? It's been a while but I think the reason was probably the same as it was for a lot of people - I recall seeing the crowds dispersing at the end of one of the events (I have no idea why I was up that time on a Saturday) and asking a friendly runner what was going on. Then several weeks later, after opting to for one less beer on a Friday night...

That I’d earned a cooked breakfast (not strictly true on calories spent but ignorance was bliss). I was definitely hooked from day one! 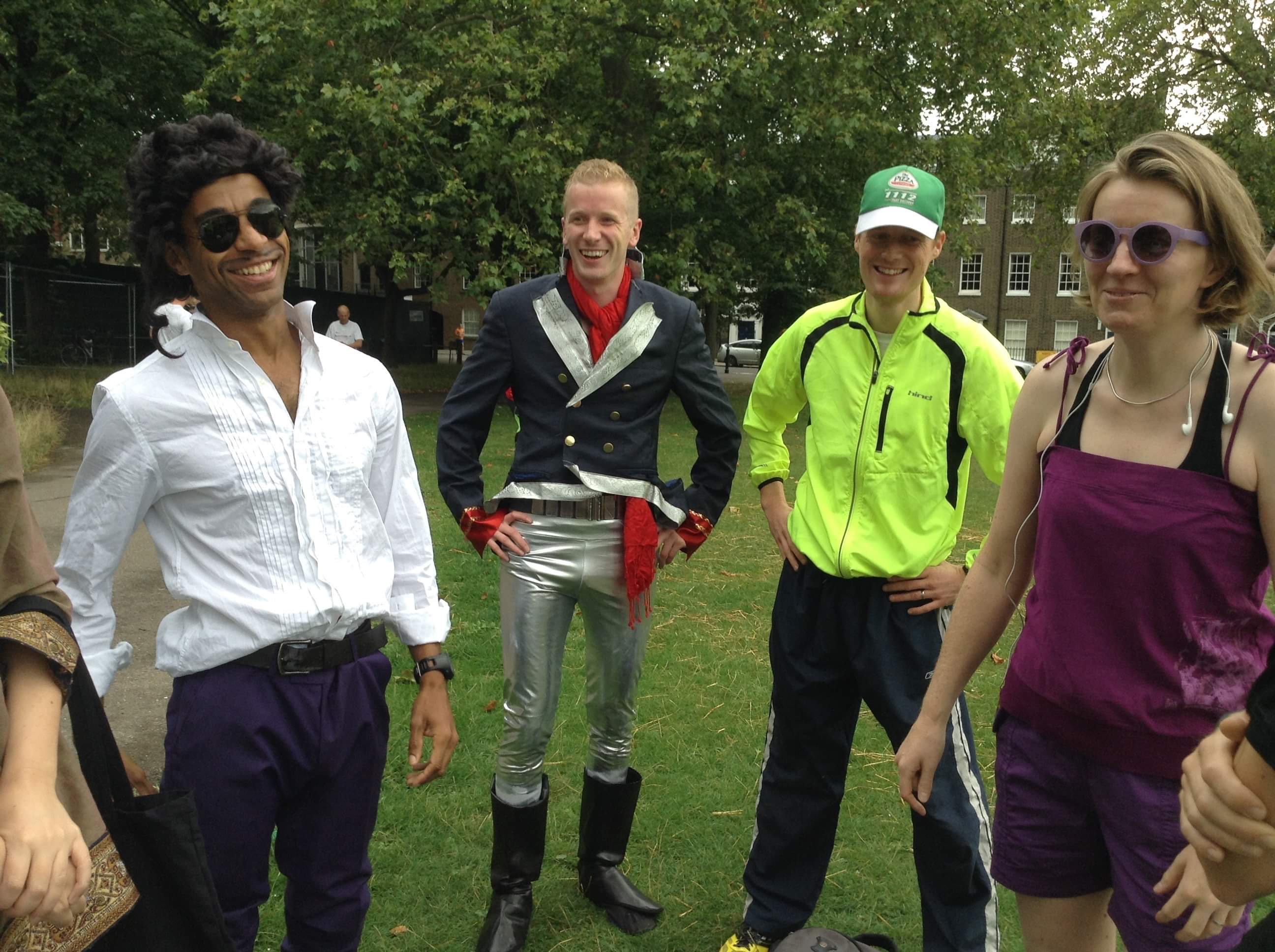 How about 3 for the price of 1, or is that cheating?

3. Honourable mentions for; the fancy dress parkrun ‘Things beginning with P’ (I was Prince in David Fallon’s wig), the one where Rob Walker was first finisher dressed as Spiderman and when Seyfu Jamaal (15:08, 25 Dec 2019) and Paul Martelletti (15:22 16 August 2014) set course records, Paul adding a steeple chase element as well as an extra 100 yards or so by hurdling the fence having blitzed past the first turn. But my favourite semi-altruistic parkrun was my first pacing event on 8th November 2014. I am not the best pacer in the world but I managed to help friend and Highbury parkrun favourite David Armet to a PB which was very enjoyable. Editor's note: David Armet recalls this from his point of view in his profile dated 4th July 2020, found here

1. In first place, my 100th parkrun on the 21st July 2018, at Highbury of course. I didn’t go all out (recommended once in a while) so the running part was pleasant. However, the sharing of cakes and drinks at the end with some of the many friends made during the years of parkrun (including Chloe who also completed her 100th that day) was the highlight. 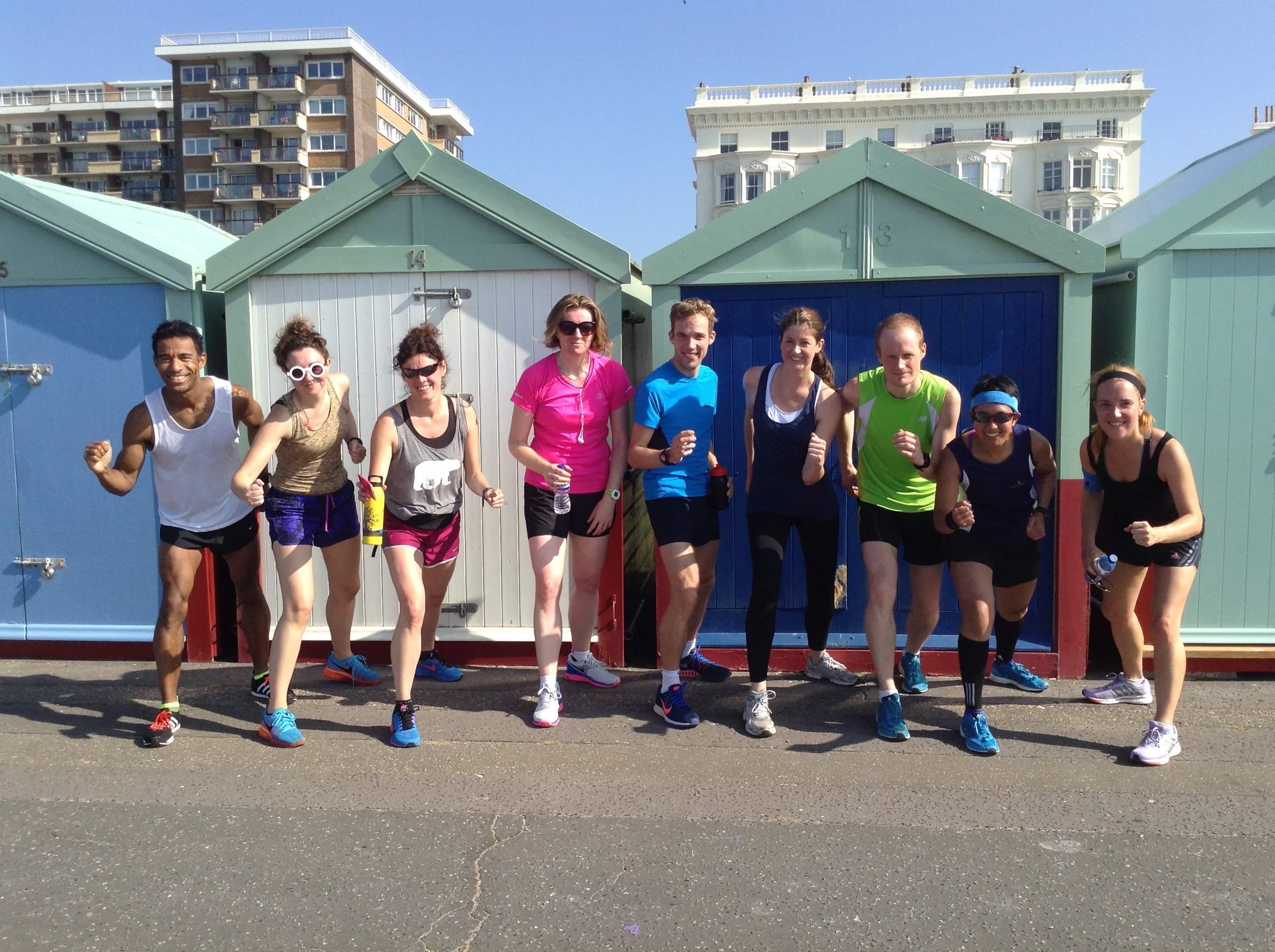 It’s so good doctors prescribe it! There are so many things to like; the sense of, let’s face it, smug achievement at completing your exercise before 10.00am on a Saturday morning, the endorphins of running, the fresh air in the beautiful Highbury Fields, the competition against yourself and your closest peers etc.

But mostly of all it has to be the people, right? Some of my best friends are fellow parkrunners and the social aspect is definitely what elevates it above just running and is what keeps me coming back. For those of you old enough to remember, it’s like the bar in Cheers ‘Where everybody knows your name' only a tad healthier. 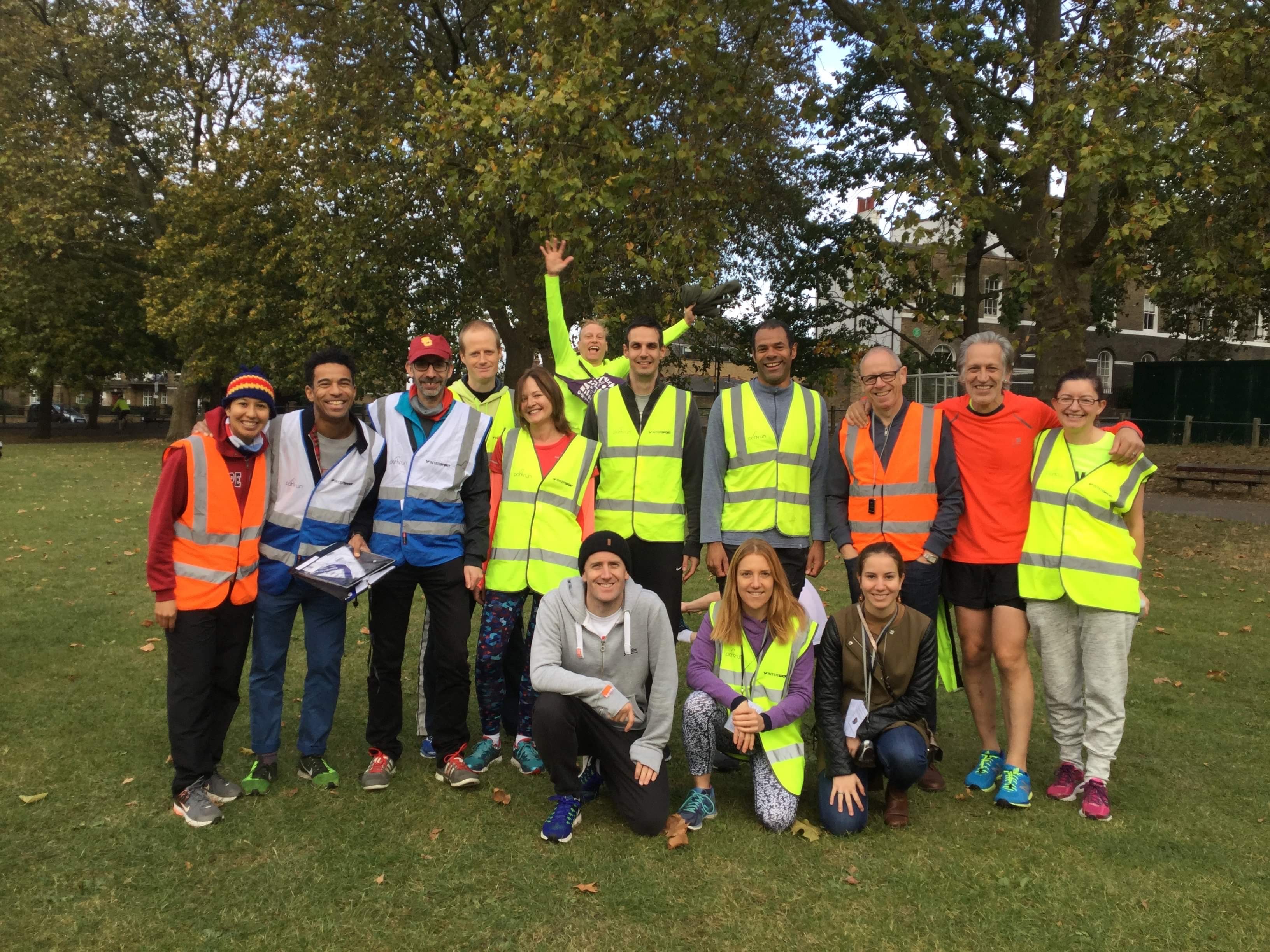 Totally joyful. Loving to run so much, I was surprised at how much I genuinely enjoy the volunteering side. It’s a lift to see so many people taking part. There’s the camaraderie and varied and interesting chat of the volunteers, the fun and different intensity and motivation of the many grateful runners of all ages and species (well mostly humans and dogs really) and the fulfilment of playing a small role in making it all happen.

I have about a one in five volunteer ratio (not bad, though quite a few are pacing) and I feel like volunteering about a quarter of the time is a good goal for me. But really it’s not a quota thing, everyone should give it a go once in a while and, like me, be surprised at just how much fun it is.

It’s a huge miss. Since and because of parkrun (and a little bit because of age) running has become my main sport. I am now a member of a club (London Heathside) and last year I completed the London Marathon. That said, parkrun remains the most important running event for me, probably because of the event’s ethos and friendships that make it so much more than just running. In its absence, I have joined a few social runs with informal groups that arose from Highbury Fields parkrun so it’s good to see some of the familiar faces but it's obviously not the same. So yes, it’s a huge miss and, like anyone reading this, I am very much looking forward to it coming back when it is safe to do so.

In parkrun you invariably compete against yourself and the timer. That said, your nearest peers and the general sense of occasion definitely help spur you on even if you’re not that competitive a person. There are lots of great virtual running events to join - while informal running get-togethers with friends (distancing restrictions permitting) won’t replace parkrun, these events can help give you that extra edge of motivation. Happy Running everyone!