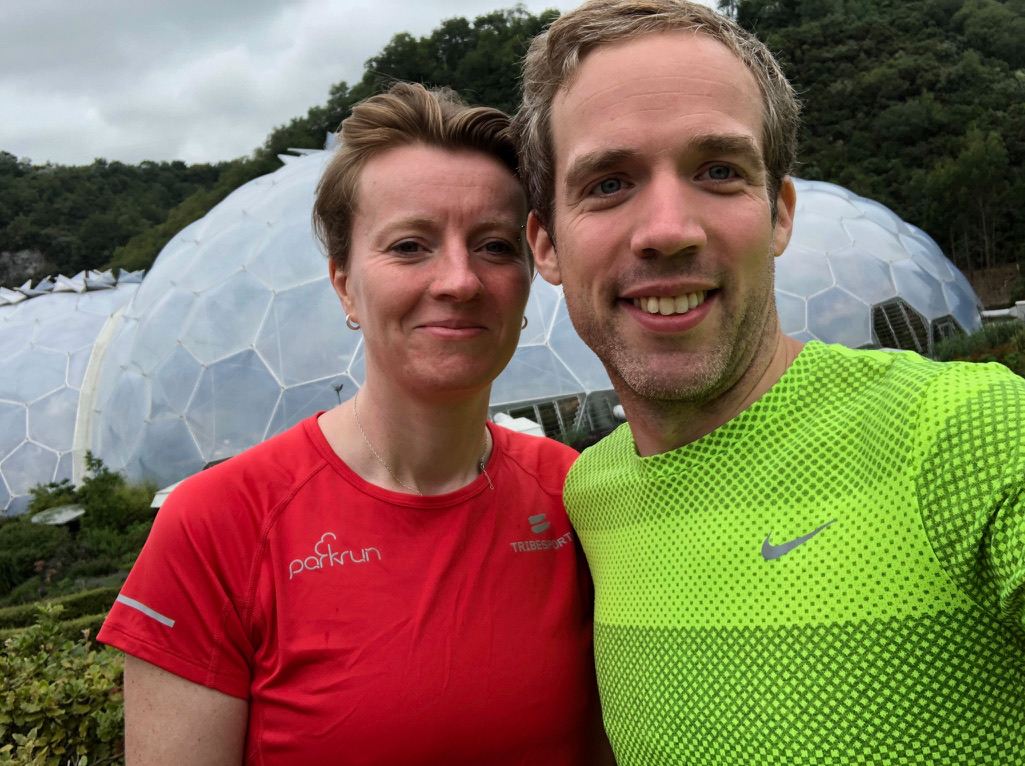 This week our featured parkrunners are husband and wife Alex and Adrienne who between them they have notched up an impressive 277 runs and 130 volunteer occasions since they began parkrunning 8 and 5 years ago respectively. Here they tell us how they got involved in parkrun and how over the years it has become an increasingly important part of their lives.

When & where did you start parkrunning? What prompted you to join parkrun?

Alex: Back in 2012 I challenged my wife’s friend from university, (a certain Danny Olive) to a game of Badminton. This spiralled into him deciding to get fit in order to beat me (he didn’t). As a result Danny then introduced me to parkrun at Highbury Fields where he was able to turn the tables.

Adrienne: 3 years later I decided it was time to join in, since most people I knew seemed to be doing this crazy thing every Saturday morning. The end of my Couch to 5K course actually fell when I was working in Manchester, so Alex accompanied me on my first parkrun in Platt Fields Park. He still hasn’t forgiven me for ruining his time there!

Alex: Before I did parkrun I’d only run longer distances (10k and half marathon) so I wasn’t sure before whether I’d enjoy such a short distance. I soon found out that it can still be a tough distance with speed attached, and I really enjoyed the social stuff that followed every run.

Adrienne: I was amazed that I had managed to run so far without stopping, as I had only managed one other 5k a decade previously, when I was a regular fencer, and had a coach that used to run us ragged 3 times a week with SAS style training …

Alex:  My most committed parkrun was Amager Fælled in Copenhagen at the end of November 2015. The stress of directions being given in Danish ensured I went fast so I didn’t get left behind and lost!  I enjoyed the course and the result was my most successful, coming 3rd, missing out on second place, by 1 second. We were all pipped to first place by a club runner with a baby buggy who clearly must have had engines in there somewhere!

Adrienne: One of the most moving parkruns I have been to was was in Salisbury when the local carehome had brought out its residents, showing parkrun’s ethos of inclusivity and accessibility to all. The results table included age grades 100-104, 95-99, and 85-89. Impressive stuff! (and hope for us all). 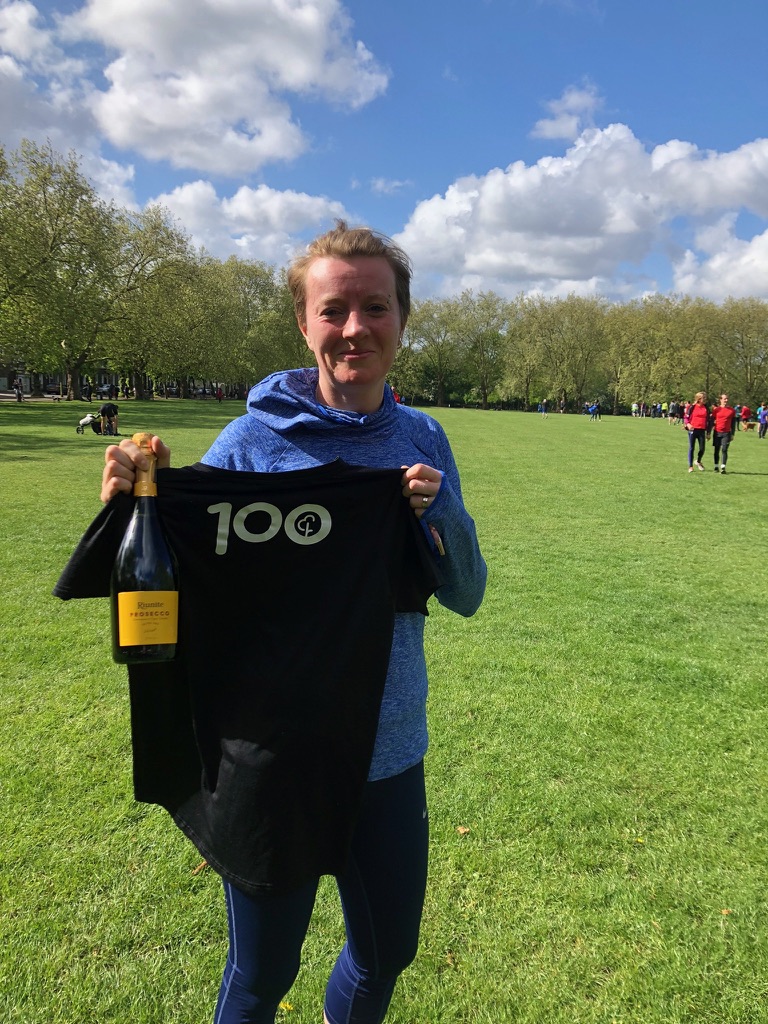 I think both of us feel that we’ve been connected much more into the local community and have gained lots of friends. It’s a great way to stay motivated and keep fit, even when working away from home. It creates a community spirit in such a simple way, and can easily reach out to people from all walks of life. Pre-Covid Alex even discovered and attended a popular monthly event based on parkrun in Sri Lanka (where it is currently difficult to set one up). 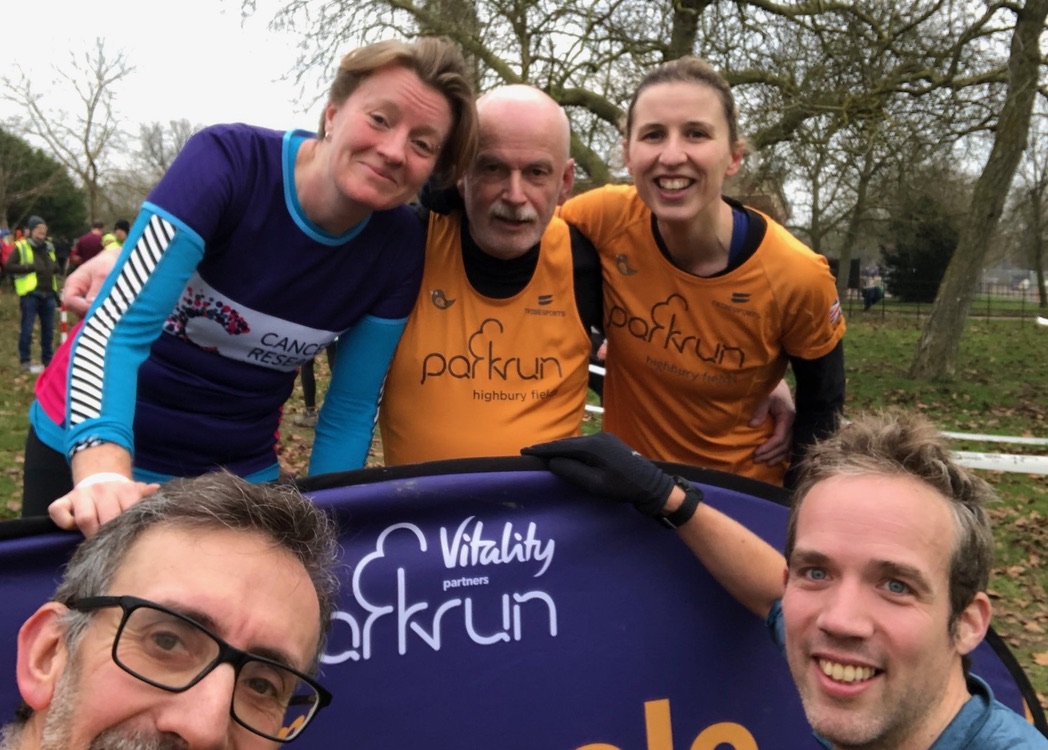 Alex: As I am privileged to be on core team at Highbury Fields parkrun, I have really seen how Highbury (and parkrun inself) has grown over the years, and seen, encouraged, and congratulated so many runners on PBs first time finishers, or even just making it out of bed for the 9am start. 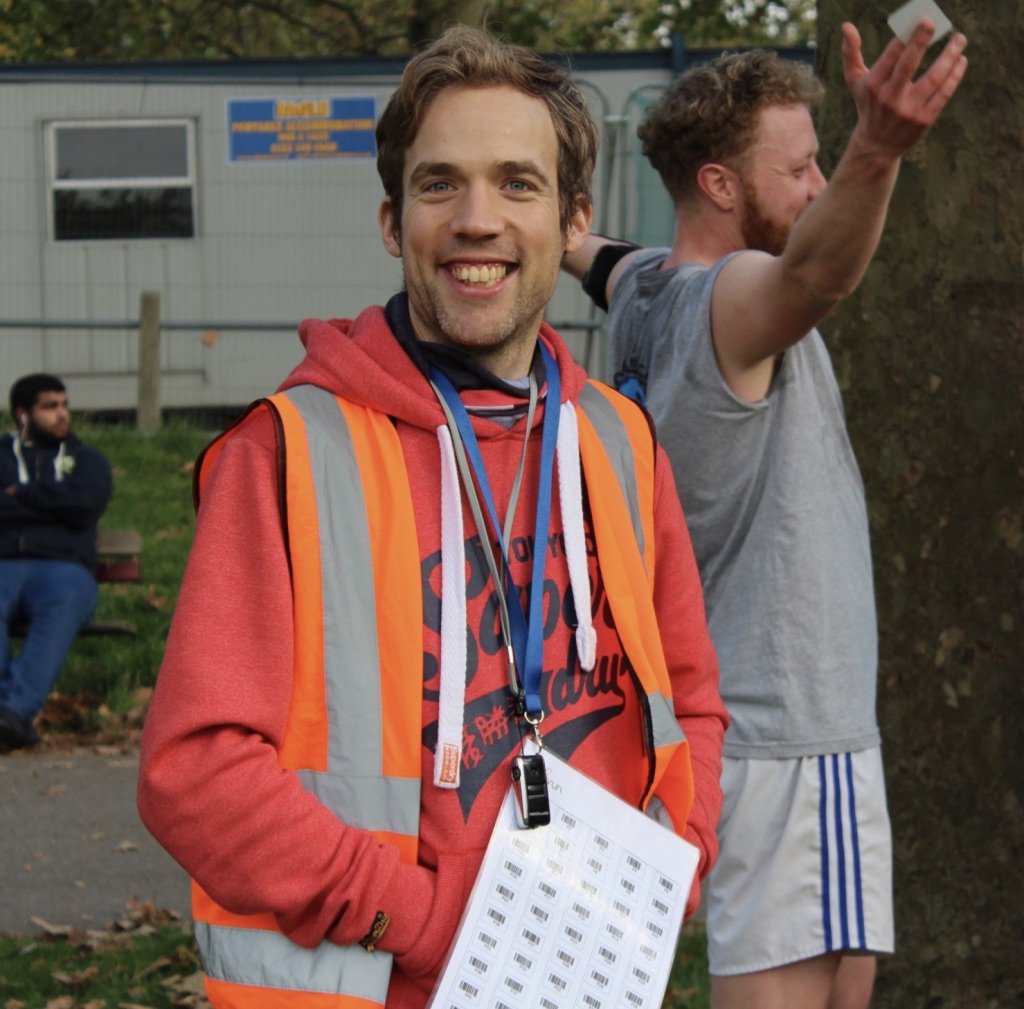 Alex: Losing the routine of parkrun was really hard, but as time has progressed, working to find new ways to interact with the friends made in parkrun and stay fit has been key to moving forward and that has been a shared experience. Globally I have seen how creative people have been, in trying to keep up shared sporting experiences, which has been really positive, with great virtual challenges.

Adrienne: working in the Arts has predictably meant that work has slowed down quite a lot during this period, but it struck me that pretty much all of the things that have kept me sane in this time have almost exclusively involved people from the parkrun network, whether that’s been discovering outdoor swimming in the West Reservoir, or being part of cycling challenges across London.