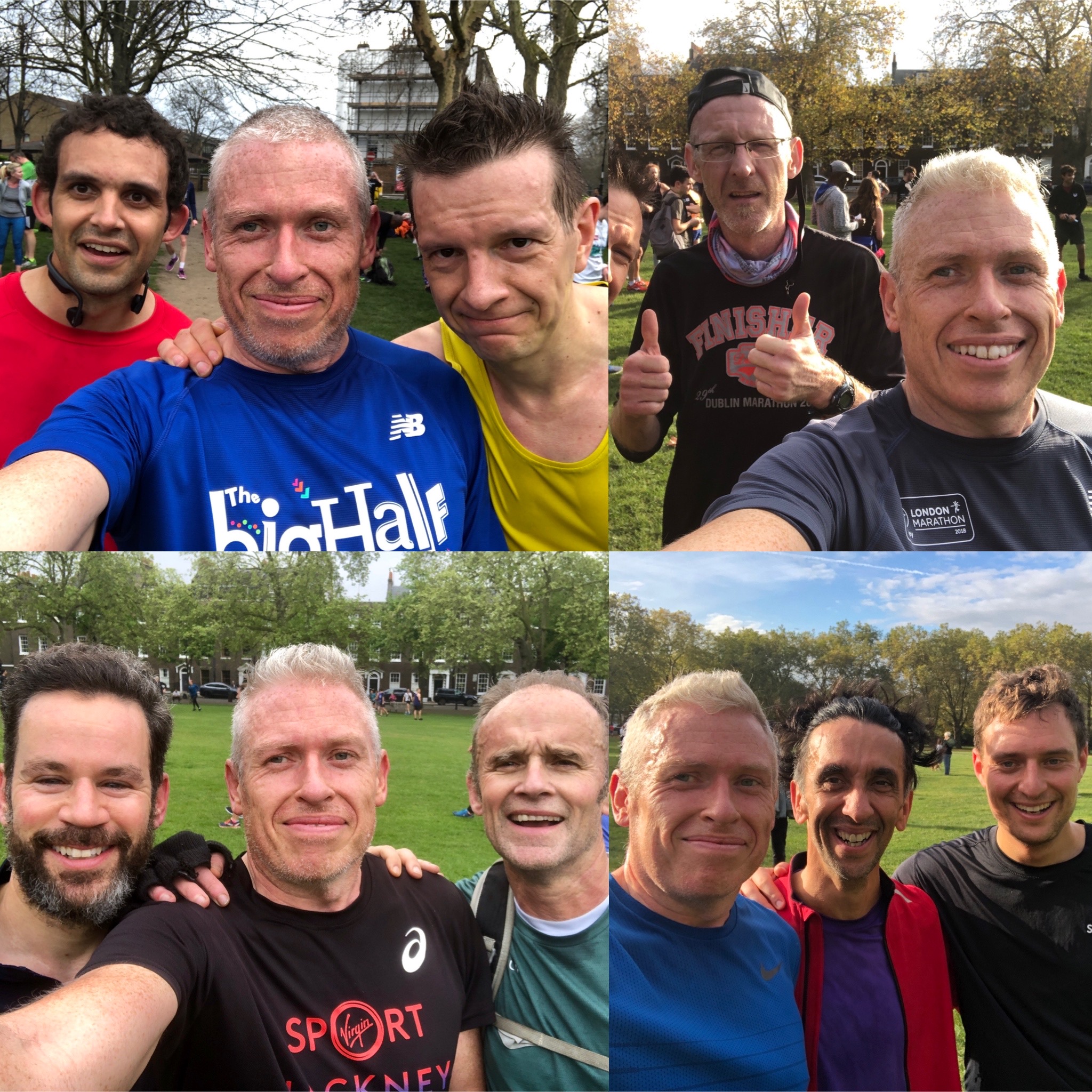 My first parkrun was Highbury Fields in March 2013. It was snowing. It was the longest I had ever run and I did it in just under 25 minutes. I was hooked.

Until 6 months before my first parkrun I was overweight & in my early 40’s. I had never enjoyed running. In September 2012 I downloaded MyFitnessPal and started walking 30 minutes to work and back each day. The results amazed me. From 100kg at the start I was 90kg by Christmas and about 85kg by my first parkrun in March. I had started doing a few 15 minute runs around the fields in the new year and had wondered what was going on each Saturday morning as a growing number of people were running together, visible from our house. So I investigated and signed up. I took the plunge that snowy Saturday morning on 23rd March 2013. Infuriatingly that was just before I joined Strava and I think I only recorded it on some obscure long lost iPhone app.

I was surprised at my time and also hooked! It made me think running might be something for me to have a crack at. I started training regularly and every 2-3 weeks or so would test my progress at Highbury Fields parkrun. Things went so well that within a year I was doing the Copenhagen Half and soon after that my first marathon. I cannot stress how much parkrun has helped me in terms of health and self-confidence. If I were a doctor I would be prescribing it regularly!

At Highbury Fields, my first sub 20 minutes run in December 2014. It was amazing. I would have laughed at the idea a couple of years before that.

I have also enjoyed the series of parkruns last year where I pushed my baby daughter around the fields in her buggy – great training and a real laugh!

Oh and the couple of occasions I have managed to finish ahead of Paul Kelland were nice. Sadly his age grade performances are beyond me for the foreseeable! 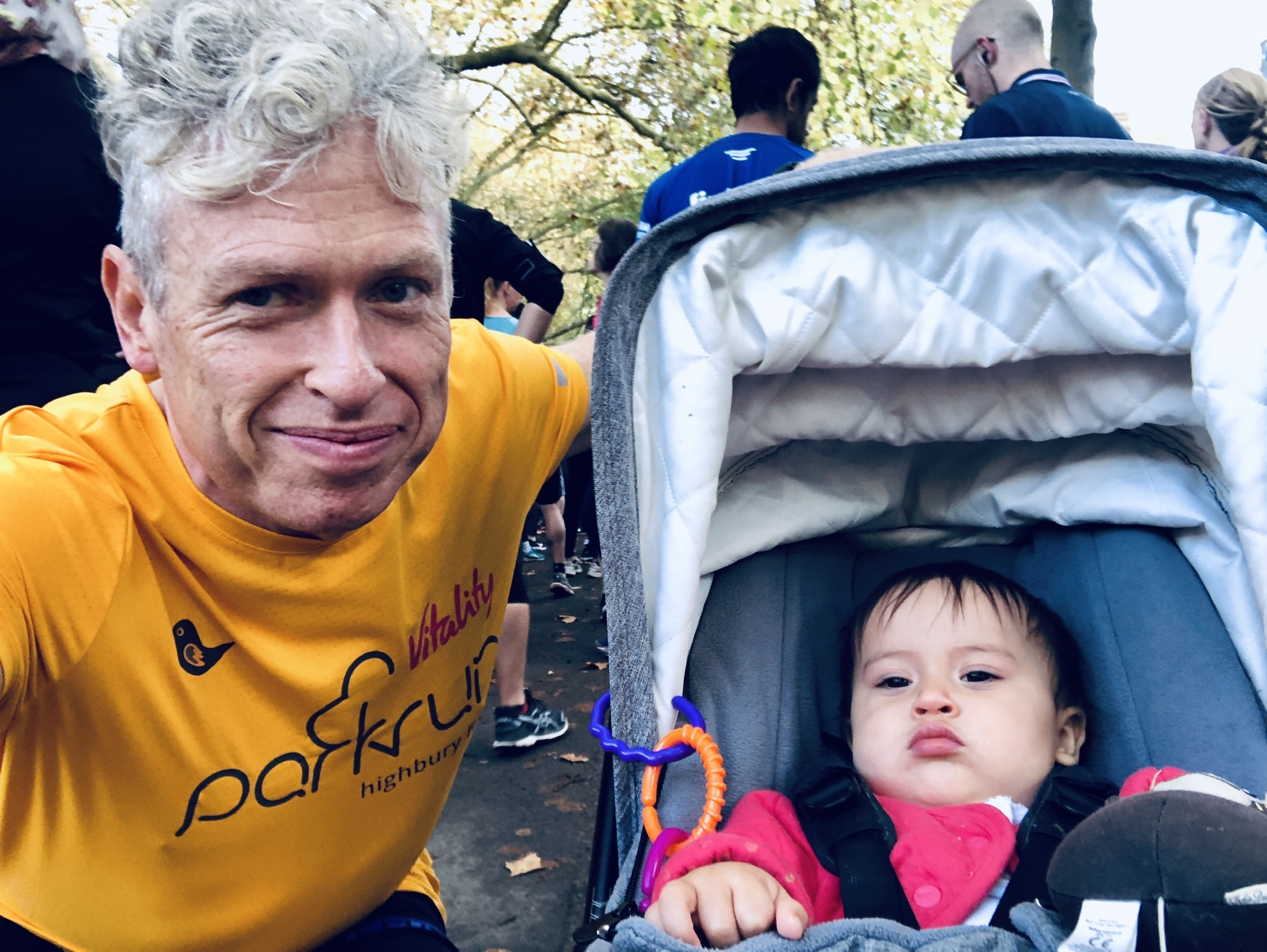 The fact it can be whatever you want it to be. A race, a jog, a social. No rules, just lots of respect. I have met some lovely people at parkrun and there came a point, about 3 or 4 years ago, where I was probably addicted to running at a parkrun every week. I also think that junior parkrun is a fantastic idea. Now that we live in Sweden I really hope they consider introducing it here too. I also totally love parkrun tourism. I was on a bit of a roll with it in 2018 until child #3 came along but for now parkrun tourism is only on the back burner! 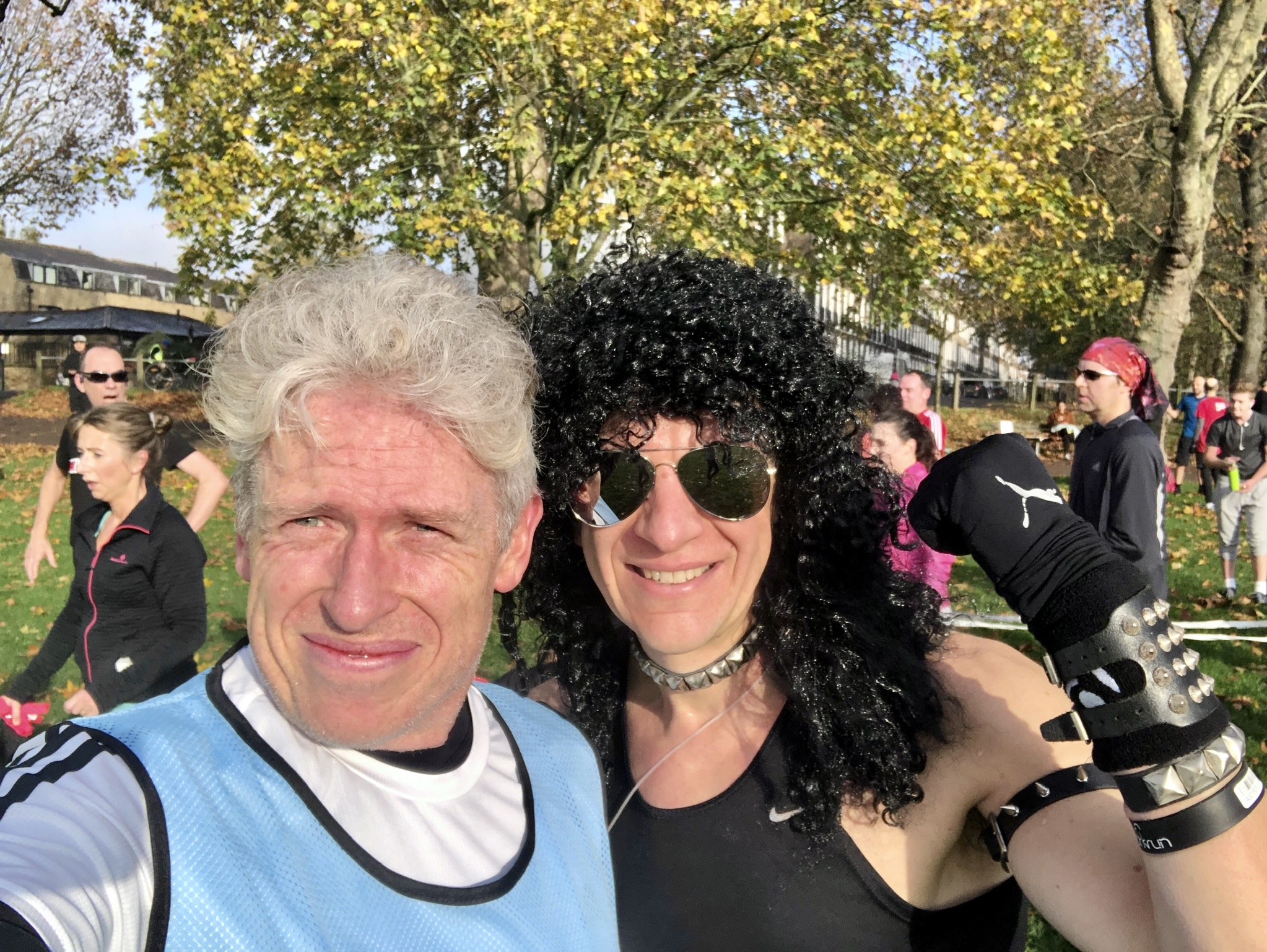 I enjoy it. I have only volunteered 20 times, all at Highbury Fields & Highbury Fields juniors. I have also coerced my eldest into volunteering a couple of times! I think I enjoy timekeeping most but I have had a couple of 'mishaps' so I'm not sure if I am 100% trusted yet! Editor's note: we always have 2 timekeepers just in case of 'mishaps' but most can be easily resolved anyway!

It’s totally frustrating! Ironically, it feels further away in Sweden than in the UK right now as they have been very consistent and strict on gatherings of 50 people, or 8 for the festive season. And it’s not just parkrun, it’s racing in general too. It is very hard for me to stay motivated without a target. I need to see that light at the end of the tunnel and get properly fit again!

My family moved to Sweden in the Spring as my wife’s family needed us to be closer during this difficult time and also it is better for the kids in terms of school stability etc. I’m not sure yet if we will come back to the UK in a few years, we’ll see. But I will miss Highbury Fields parkrun as much as anything else in London. Fortunately, Haga parkrun is about 20 minutes jog from our new home, so that will become my new parkrun for a while. Obviously any weekend visits back to London will involve a Highbury Fields parkrun and a few high fives and hugs (remember them? ) where possible!