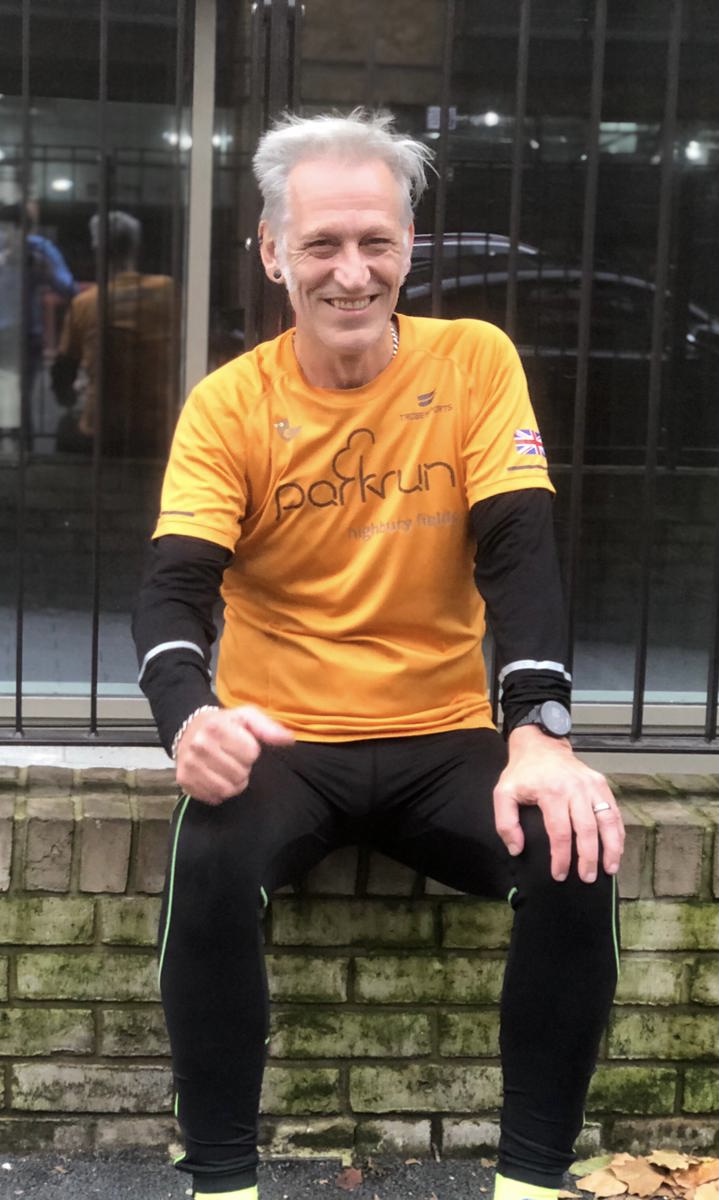 Meet Jerome Boughton Mills, one half of 'The Usual Suspects' along with his partner in pre-event set-up, Chris Peacock (more about Chris next week). Jerome has completed 170 parkruns, 122 of which have been around Highbury Fields. Jerome has also completed 145 volunteering tasks at 105 events, mostly carrying the set-up equipment from the park-keeper's hut to the parkrun meeting point!

I was in Snowdonia earlier in the year and having bagged all the routes up to the top of Snowdon I was looking for the next challenge. Having jogged down the mountain to avoid the rain I got to the bottom feeling exhilarated and it reminded me how much I use to enjoy running. I use to run for Thames Valley Harriers but injury and life getting in the way meant I had not run in any shape or form since my mid 20's and here I was in my 50's telling myself that I would come back in a year and run to the top of a mountain!! I came back to London tried a 5-minute run on the treadmill and thought "I can do this", googled "training to run" and somewhere in that search found Couch to 5k and I was off. Some 9 weeks later another google search threw up parkrun, a timed run that was free and there was one round the corner from home! What could be better? So I became parkrunner number A1272034.

"See you next week". I was happy that I'd come in under 25 minutes and in the top 50%. I then committed to doing 10 and the rest is history.

That in parks all over the country and now the world groups of people get together, run 5k and then get on with their Saturdays. Invariably you hear people say how they feel that it is a great way to get into the day. I always have a feeling of contentment after a parkrun and that's go​t better as I've got to know more people. I have a real sense of joining my parkrun community and I love the broad spectrum of personalities that make it.

Initially I decided I would run 10 and volunteer 1, as I felt I wanted to contribute to this great event. Then I started doing the setup which gave me the best of both worlds, as I could volunteer and run. At some point Chris Peacock joined me and "The Usual Suspects" came to be. We would walk or jog from home and help with the set-up before parkrun began. I enjoyed being amongst the first on Highbury Fields and watching as the crowd built up. The buzz of anticipation, the walk down to the start line, the briefing and then 3,2,1, GO! Then some 45 minutes later reverse the process, put all the equipment away for another week, followed by teas & coffees nearby.

Undoubtably my favourite role is pacing, both in an official way but maybe even more the informal times where I have helped someone get the long desired hard fought for PB. I take as much pleasure from those as I have done from getting mine. I remember fondly the tears of joy as a 12 year old lad smashed his PB by several minutes and beat his Dad in the process (credit to the dad that he was beaming with joy at his son's achievement.) 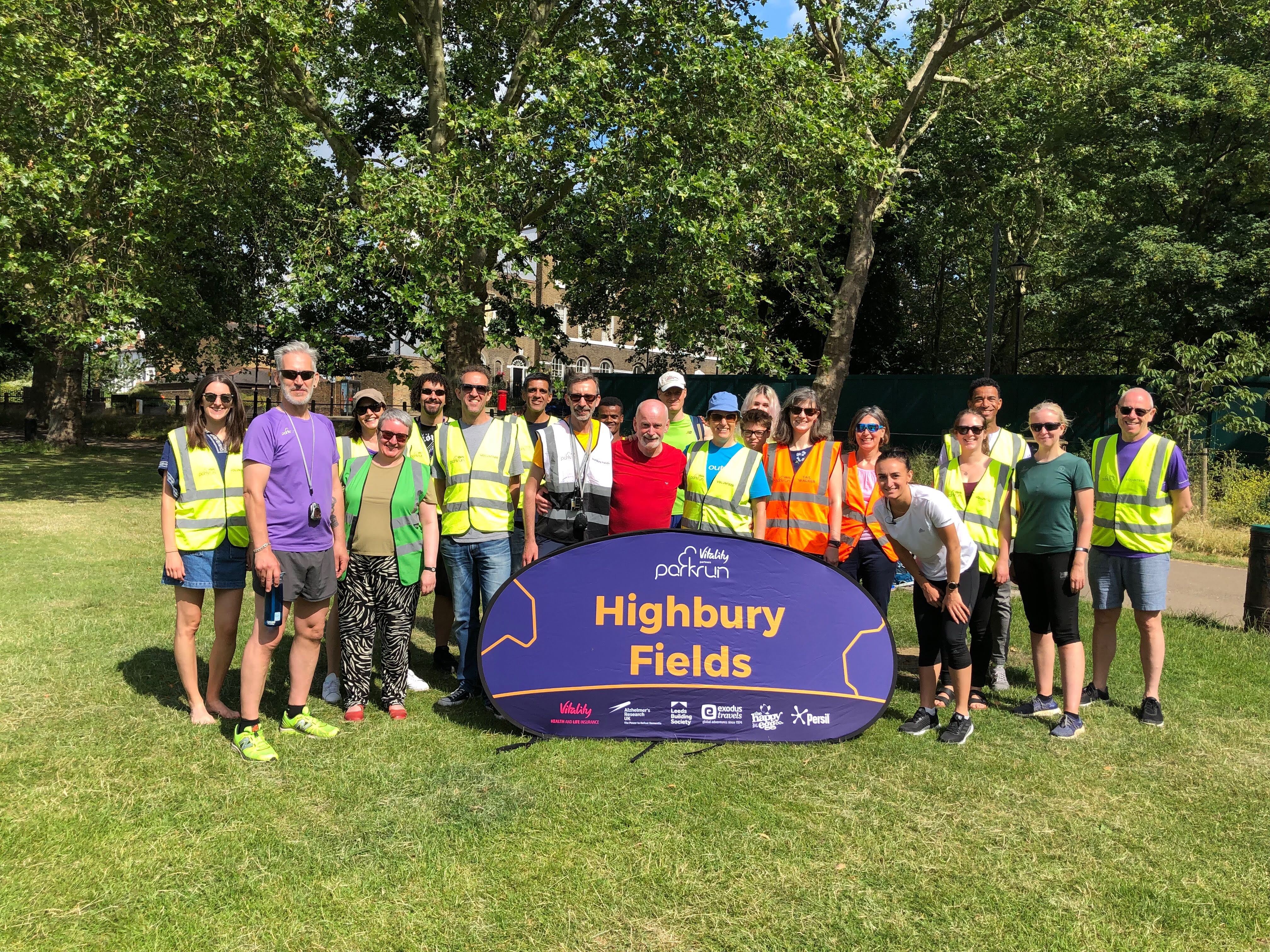 Lockdown was solitary. Because of my health issues, training can be hard and the various weekday offshoots from parkrun have helped me keep the focus. As the first lockdown eased, some of us started meeting to run in a socially distanced way, including the now famous Cally-Camden (not)parkrun and we have had some good runs ever since. 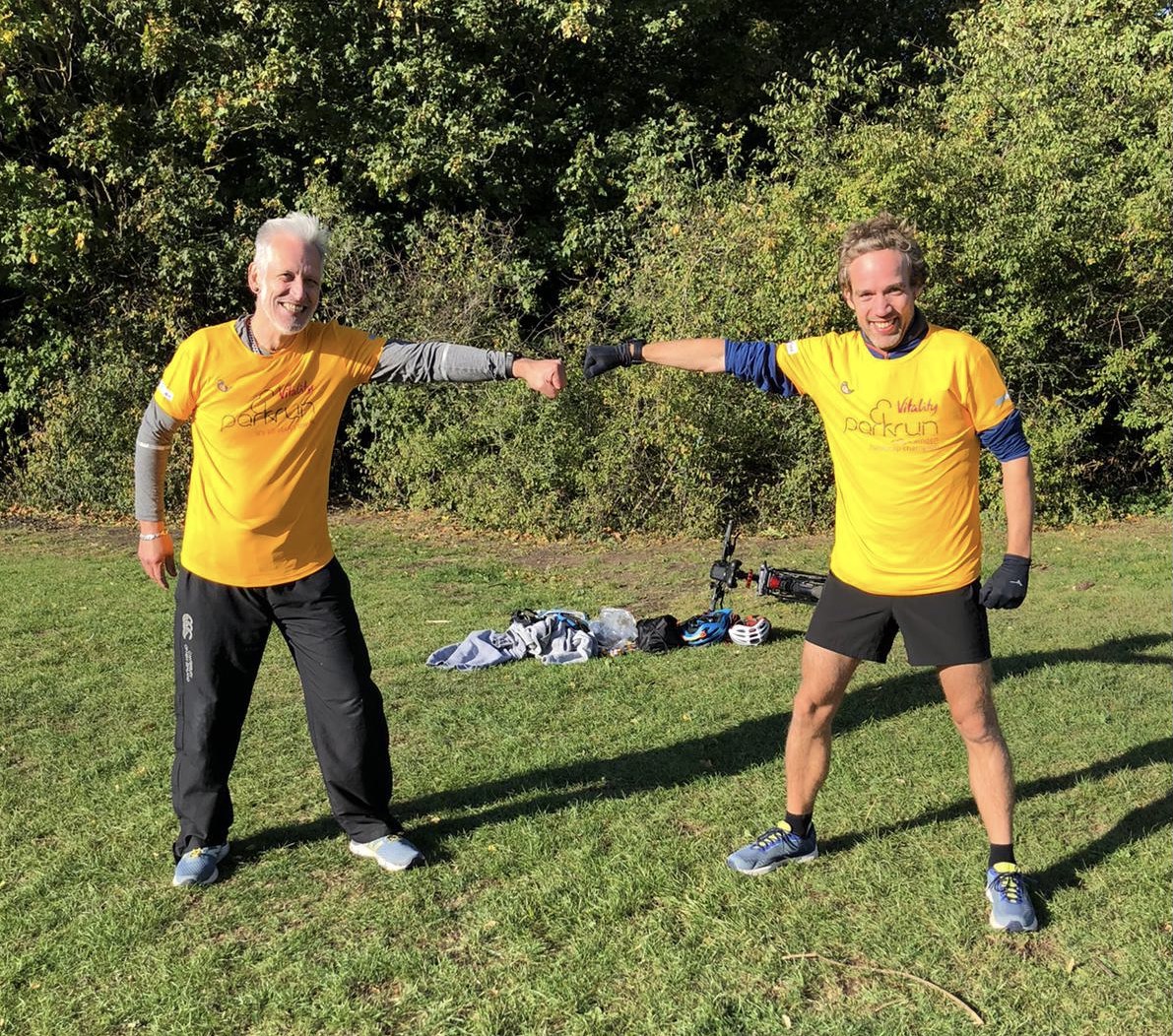 The best news, some time ago now, was hearing of the imminent return of parkrun, but sadly these uncertain times means it looks once again increasingly unlikely that we will be congregating on Highbury Fields any time soon. I do look forward to the morning when we can all set our alarms and put our running gear on and head off to our favoured venue to walk/jog/run 5k, then eagerly wait for the results email, whilst plotting the next goal or challenge or parkrun to visit to add to the list of tourist venues.