This week we introduce you to Rosie Millard. A keen runner, Rosie has notched up an impressive array of marathons and half marathons, and added parkruns into the mix during training. She has completed 47 parkruns, 42 of those at Highbury Fields. Here she tells us about how parkrun fits into her running life, and how running helped her recovery from brain surgery. 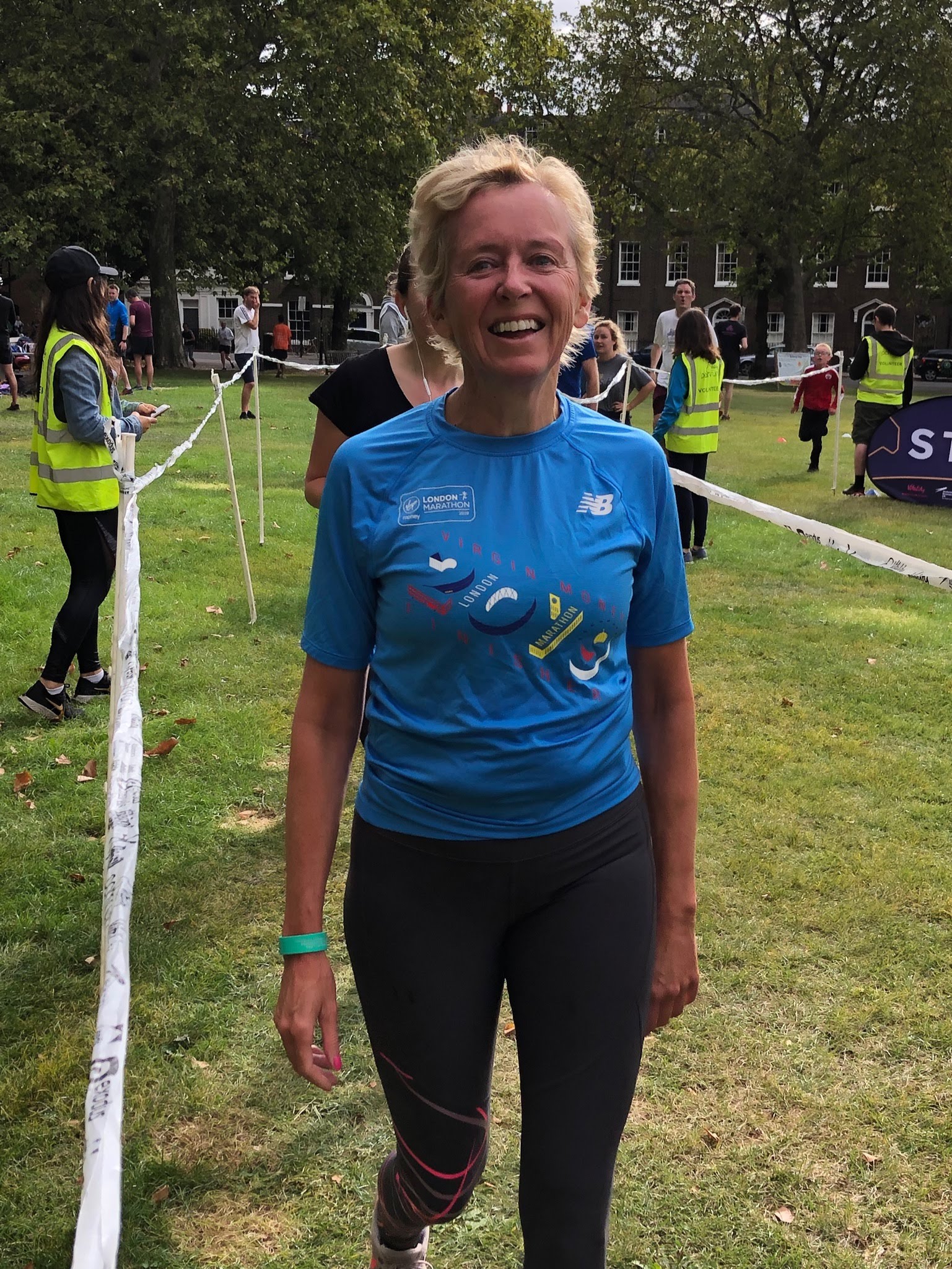 When and where did you start parkrunning?

I started parkrunning on the FIRST Highbury Fields parkrun! It was a total fluke, I was out training for a marathon (I try to do one every year) and came round Highbury Fields in the middle of a training run at about 0900 on a Saturday morning. So I joined in. There were only 30 or so runners and I think I actually was the first woman in! That has never happened since and there were only about 4 other ladies in the field, but even so, it was a bit of a thrill. [Editor’s note - as Rosie stumbled upon parkrun unexpectedly and didn’t have a barcode with her, her finish time and position were not recorded in the results table]

I usually, well, always, train on my own and it was quite exciting and enjoyable to be running amongst others. I also think it sort of eats up the miles without you having to think about it. I like to add on a parkrun after, say, a 10 mile run because then you have done a half marathon without actually factoring the trudge of a half marathon into your consciousness.

I thought, well that was fun but I bet it never happens again. Ha ha. 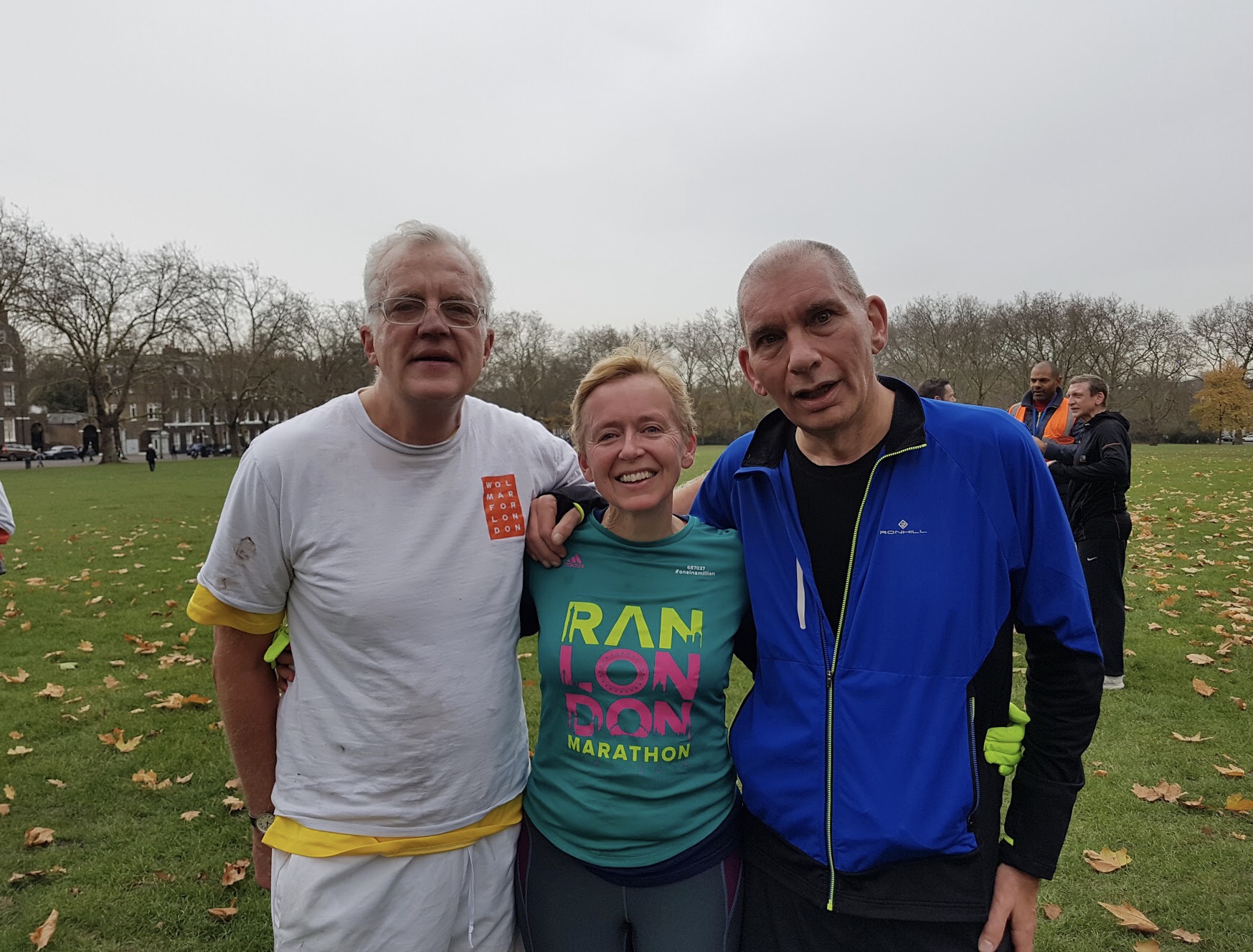 There are two. One is the parkrun which I did six days before having a large tumour removed from my brain. The second is the one I did after recovering from brain surgery when I volunteered on the finish funnel. The Run Director that day had told the entire field that I had just come out of hospital. As they finished, every single runner congratulated me and smiled, and someone gave me cake. I was so moved, I will never forget it. Incidentally when the surgeon opened up my brain to remove the (benign) meningioma, he said "I could see from the amazing condition of your brain that you are a runner." It's really good for you!! Not brain surgery, but running. 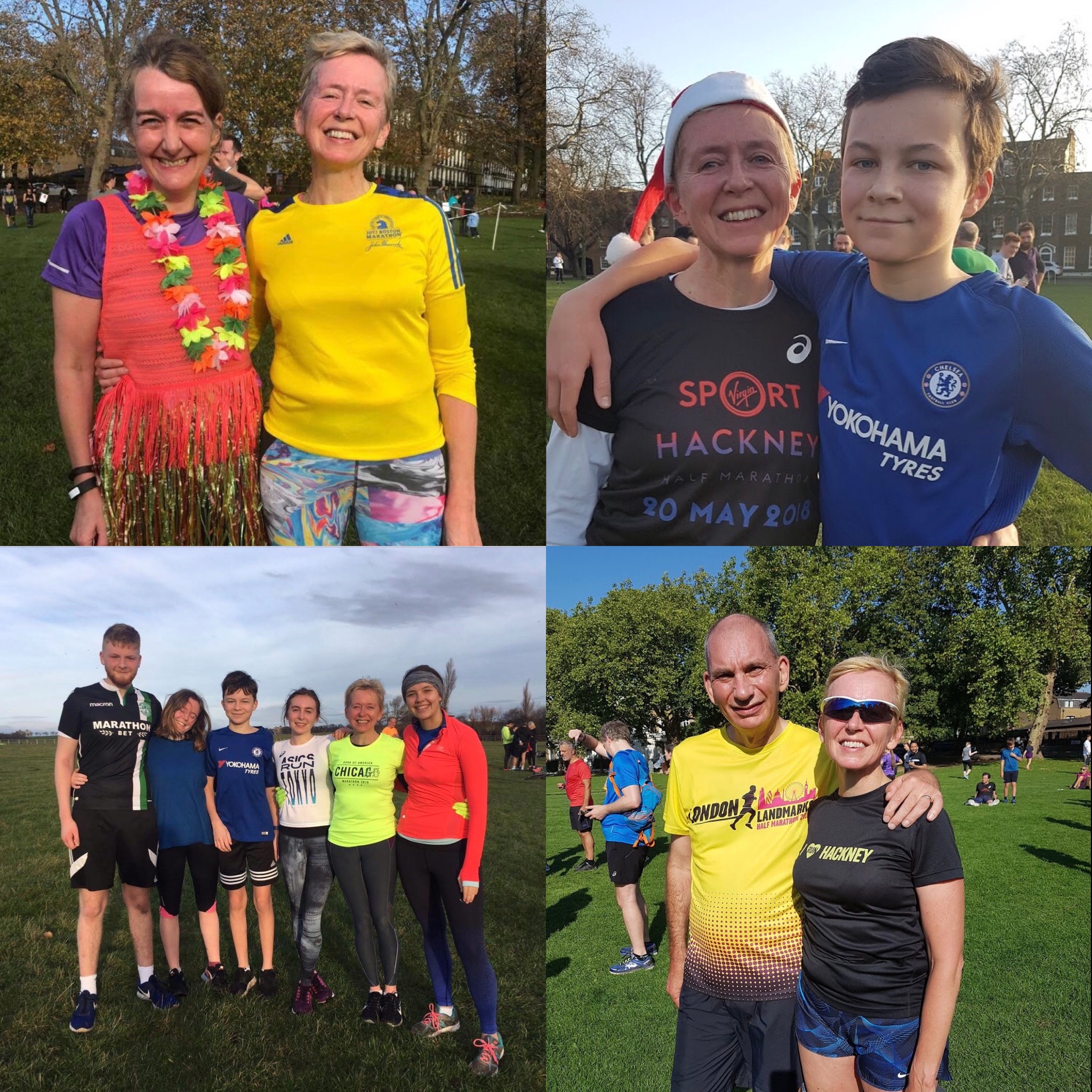 The thing I like most about parkrun is the last 10 seconds. Finishing is GREAT. I have done 10 marathons, including all the Majors and the Great Wall of China, and about 40 Half marathons, 20 milers etc. My marathon PB is 3.48. I am a good runner. However, I always get a bit nervous before a parkrun. I know that sounds mad. It is mad.

See above for my most memorable parkrun. Sort of says it all about the volunteering and community spirit of parkrun. One time I hugged a chap who walked mostly but made it round even though he didn't think he could. On another occasion I was guarding some pothole to stop runners tripping in it but after my volunteering stint I was told I had guarded the wrong hole! Anyway, nobody fell in. [Editor's note - regulars at the Fields will be familiar with our famous sunken drain, guarded weekly by one of our lovely volunteers]

It's more 'how are you coping without any races at all' for me. I have had two marathons cancelled. All the other runs, the half marathons and the parkruns which I would have done as part of my training regime have also been cancelled. Without any goals at all I am finding it very hard to remain motivated. I am a trustee of Opera North and we all have been doing a virtual parkrun on Saturday mornings, which I have done along the Regent's Canal, but it is still hard to remain motivated. Particularly as I was about to get my 50 T-shirt. I know, it's not a huge number but I'll be proud to eventually claim it!