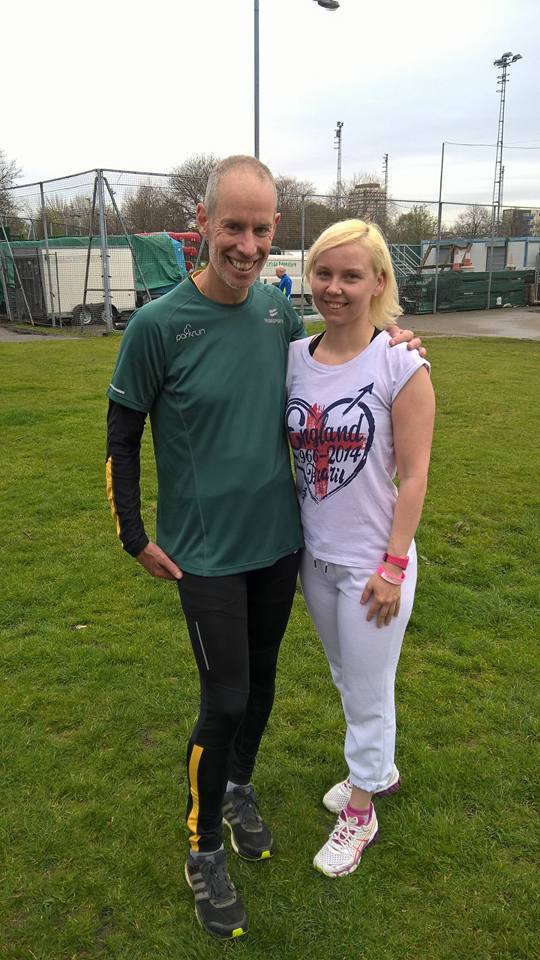 Erika Orsagova is a familiar face not only around Highbury Fields but around the UK and overseas. She has run a total of 268 parkruns and completed 40 volunteer tasks at 36 parkrun events. She's even bumped in Paul Sinton-Hewitt along the way! Here's her story....

One of my hobbies is playing chess. I played a game and as is often the case you have a social drink in a pub with your opponent after the game. We got chatting and my opponent mentioned he had being doing parkrun since March 2006. This opponent and now long-time friend was Neil Davies, who has done an impressive 566 parkruns and has also been a regular visitor to Highbury Fields parkrun over the years. My first parkrun was 3 weeks later as I wanted to use it as training for a 10k charity run I was about to do. Since then parkrun has become a healthy addiction.

My first ever parkrun was on 28th June 2014 on Hampstead Heath. I was very impressed as to how friendly and welcoming everyone was. It was exactly how Neil had described it. I got hooked.

It is difficult to narrow it down to one as I have run 268 parkruns in total so far, in 111 different locations across the UK and abroad. Some stand out for different reasons, for example very muddy or extremely difficult weather. Here's the most memorable of my parkruns:

Highbury Fields. To my surprise, I won best costume, dressed as a pirate. This encouraged me to dress up for future running occasions.

Mile End. A pleasant surprise as I met the parkrun founder Paul Sinton-Hewitt.

Fulham Palace. My 250th parkrun where many friends from all corners turned up to celebrate my special day.

Castle Park parkrun. This was on parkrun World Tourist Day.

Newport parkrun. I met Nick Davies (bus driver) and the following week he came for a parkrun at Bushy Park with his family and I introduced him to my biggest parkrun inspiration, Neil Davies (no relation!).

Krakow parkrun. My first parkrun abroad. Since then my journeys abroad have been and will be planned around parkrun locations! 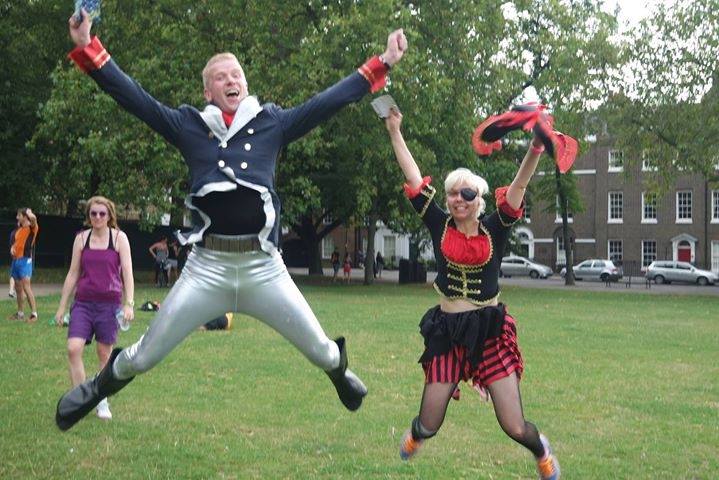 So many things! Through parkrun I have met a number of wonderful people who have become friends - I would never have met them otherwise.

The concept of the parkrun is amazing! I like the fact that you can recognise fellow parkrunners from a distance by what they are wearing and then start a conversation. It is a community that keeps each other in good spirits not just in a good times. It inspires and encourages people with health issues to change their habits to improve their physical and mental health.

It has become part of my training for longer distance runs, so much so that I have completed a few half marathons and a marathon.

I initially volunteered at parkrun when I was injured, I felt that I should give back to the community. My favourite volunteer roles have been as tail walker and running as a buddy with a blind partner. My pregnancy did not stop me from running and jogging at parkrun and in the later stages I continued walking and volunteering. 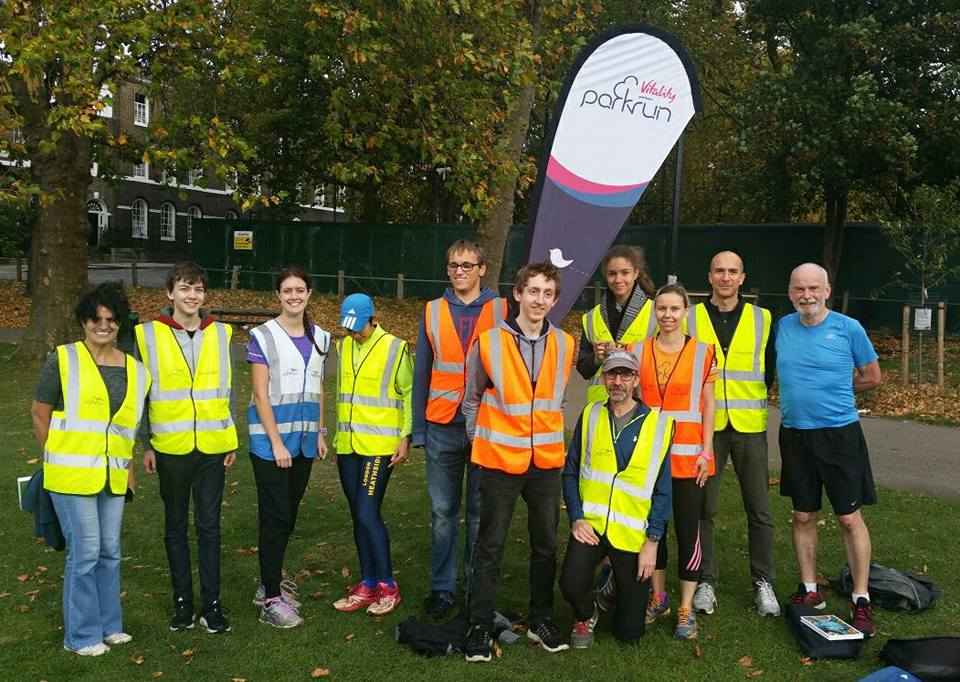 Never in a million years did I think that I would have such a long break from my favourite morning. It has not been easy without parkrun but as parkrunners do not give up, they created an unofficial parkrun instead – (not)parkrun.

I have to admit that since then my biggest inspiration for running is my little buddy runner, my son, who enjoys being pushed in the stroller but lately wants to run alongside mummy. 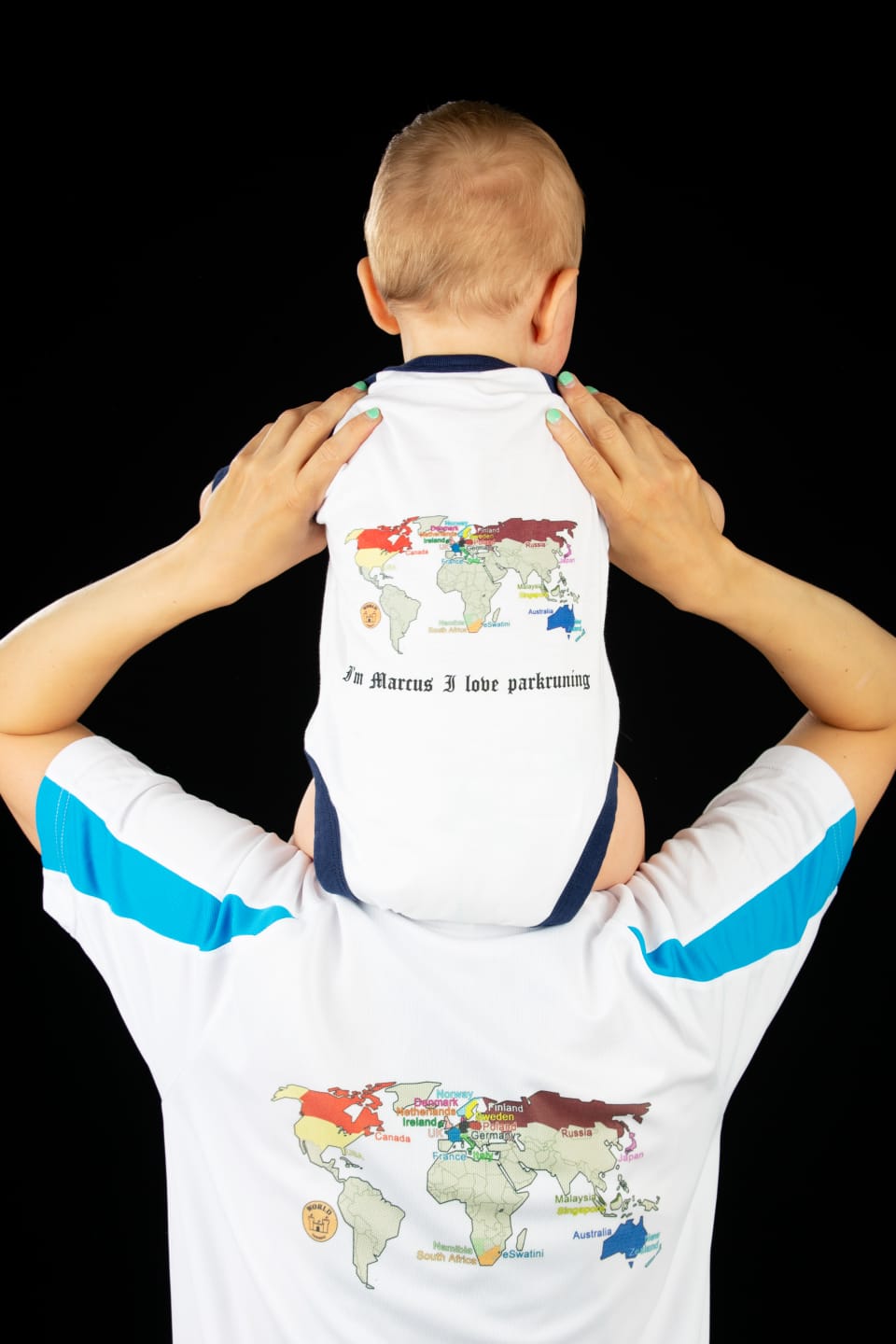 Covid has highlighted the potential for parkrun’s very important role in the community. Highbury Fields parkrun has always been a great leader in this respect, both with their foodbank events in prior years and recently their vaccination volunteering activities.