Hillsborough parkrun is cancelled on 30 May 2020: COVID-19 (Coronavirus)

Please see below confirmation about the current situation for parkrun, both at Hillsborough and across the UK.

All parkrun events in the United Kingdom have been suspended with immediate effect due to the ongoing COVID-19 (Coronavirus) situation. At this stage we have cancelled events up to the end of March. Please follow our communications channels for ongoing updates. parkrun’s global position is published and will be updated on this link here:-https://www.parkrun.com/news/2020/03/12/covid-19/

A very pleasant morning for a parkrun saw 416 parkrunners take part at Hillsborough parkrun today. This included 11 of you for whom today was your first try at parkrun (we hope you enjoyed yourselves) and 38 parkrun tourists who were making their first visit to Hillsborough. We hope you enjoyed our course – this includes the group of ladies from Ingle Runners (pictured) who visit a different parkrun each month; enjoy your parkrun ventures & good luck to you all. With the ground slowly drying out, we hope to be back to our standard route from the next parkrun.

In terms of the next parkrun, as mentioned at the start – we take our advice from parkrun HQ who in turn follow Government guidance. parkrun have created a special page providing the latest information, the link is posted below. This may be fast moving but we will endeavour to keep everyone up to date by posting information both our Facebook page as well as the main Hillsborough parkrun news page. The link on the red banner at the top of this page will take you to the latest information.

The results have been processed and are now showing - 66 of you have a shiny new PB to celebrate. As always, if you were scanned and aren't showing or have any queries - please e-mail hillsborough@parkrun.com and we will try to sort it out for you.

As you may have seen, Carol was taking photo’s once again today – these have been posted to our Facebook page.

Good luck everyone with your running, please keep an eye on the parkrun page for news on the latest information as to whether we are running or not – stay safe. 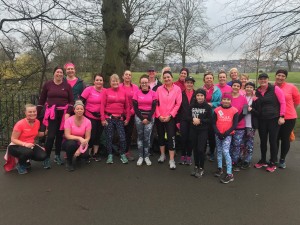 This morning, like many other parkruns, Hillsborough parkrun celebrated International Women's Day. The vast majority of our hi-vis heroes were women, made up of members of the Seven Hills Harriers Running Club resplendent in their fantastic bobble hats and club hoodies, alongside regular volunteers from Hillsborough.

We had a bumper turnout of 543, partly due to another local running club, the Steel City Striders, holding the final of their parkrun cup. Well done to Izzy Carter who took the 2020 trophy. There were 19 first timers and 29 tourists, including some from as far afield as South Wales (Hillsborough is going international !) The lovely running conditions meant 107 people achieved a PB.

Also worthy of note, despite not being an "official" milestone, Richard Pegg reached his 300th parkrun event.

There were several people taking photos out on the course today, these have been posted to our Facebook page.

Have a fantastic week, and we look forward to seeing lots of you all again next Saturday! 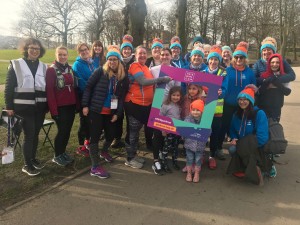 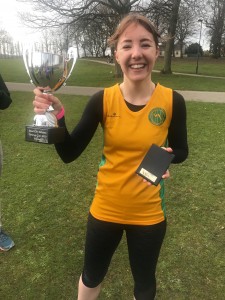 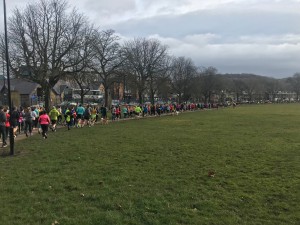 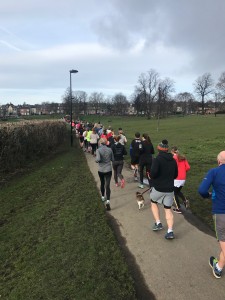 You may recall that around the end of last year and in January, for a number of weeks we had film cameras at Hillsborough parkrun, mainly following our tailwalkers.

Andy Brown & Marcus Sarko have created this 7 minute film about parkrun and specifically the volunteering tailwalking position at Hillsborough.

It is thoughtful, fantastically produced and provides a real insight into another side of parkrun which is often not seen. I would like to thank Peter Brash, Celine Day & Louisa Dawn for their assistance in the making of this. Pour yourself a cuppa & press play on the link below.

Our very first Leap Year parkrun - the next one being in 2048 means that you’ll have a little time to wait for the second one !

For the second time though today, we operated our amended route, thank you again for the positive feedback. The way the grass is looking currently it will be a few weeks at least before we return to the normal course - we’ll let you know! Please can we ask, that when you run past the pond (especially the faster ones), you are careful of the other parkrunners. We know that the path is a little narrow in places at that point and whilst we haven’t lost anyone in the pond yet.....we’d prefer not to start diving in !!

Although it poured down an hour before the start, by the time 9am came, it was very pleasant! Even the sun made a brief appearance. Well done to 424 of you who participated at Hillsborough parkrun today.

This includes 11 of you who decided that today would be a perfect morning for your first parkrun – a special well done to you.

We also had 21 parkrun tourists making their first visit to Hillsborough – we hope you enjoyed our course, come back soon and try the normal route.

58 of you have a new PB to celebrate.

The results have been processed in super fast speed this week (thank you Simon) and are now showing on the parkrun website. You should all be receiving your e-mails & texts shortly. If you know you were scanned & are not showing, or if you have any queries, please e-mail us at: hillsborough@parkrun.com and we will try to sort it out over the weekend. Carol was taking photos today and these have been uploaded to our Hillsborough parkrun facebook page. Take a look on there, there are some great photos as usual.

Thank you as always to our fantastic volunteers. Lots of great comments from parkrunners today expressing how much they appreciate the volunteers- we have a great group at Hillsborough and we thank them all for giving up their time.

Next week, we are helping celebrate International Women’s Day which is taking place on 8th March. On next Saturday 7th - we have 7 Hill Harriers (ladies running group) in many of our volunteering positions and have an all female volunteering team for the event based roles - including Caroline Brash who will be your Run Director for the day!

We’ll have a special selfie board ( picture below ) for you to mark the moment too. #IWDparkrun Why not bring someone extra with you who hasn’t experienced parkrun before and show them what a great way it is to start the weekend.

We hope you all have a good week everyone and look forward to welcoming you back to Hillsborough parkrun in the near future. 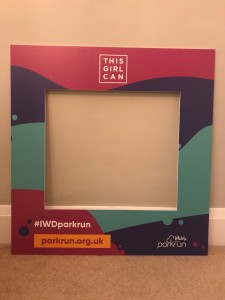