126 people took part in Houghton Hall’s 113th parkrun on 29th February. And if you didn’t spend your Saturday at a parkrun, you only have another 28 years to wait for a Leap Day to fall on a Saturday! Houghton Hall Casual Joggers had arranged an orange army volunteer takeover, making Run Director Claire’s job a lot easier! Thank you all for giving up your time so others can have a parkrun. If you want to join a friendly, local group then check out the Facebook group and join them at a weekly run or parkrun. I applaud the brave runners and walkers who left their warm beds to complete 5k in the less than ideal weather conditions. (And an even bigger applause to the volunteers who were mostly stood still for the duration!) The sun was feeling shy and there were unavoidable muddy puddles in the wood area. The marshals informed us that ‘it’s less slippy if you go through the puddles’ and after a second of hesitation I went splashing through. It’s more enjoyable if you embrace the inevitable! Thank you Martin for being a singing marshal in the woods, a temporary replacement for the usual dancing marshal. And thanks Craig for the motivational tunes at Woodpecker Corner!  Jason, you were great in your prime spot at the top of the ‘gradual incline’, shouting at people when they need it the most. Tail walker Sarah didn't disappoint with her tail and thank you Mark for some great photos of happy parkrunners, just like this one (he must've gotten the memo to wear orange): As I was approaching the finish funnel and going for (my version of) a sprint finish, I saw a lady lying across the finish funnel in the mud...(?) She was one of many who fell victim to the slippy muddy finish funnel and luckily she moved out of the way before I entered the finish funnel like Bambi, trying to not join her on the floor. The lovely volunteers kindly moved the finish funnel onto the path for the last part of the event so that the joggers and walkers didn't have to worry about any embarrassing photo opportunities... (thanks Mark!) Well done to first finisher Rowan Daly from St Albans AC, and first female finisher Teresa Warren from Dunstable Road Runners. How did 15 of you get a Personal Best in those conditions?! And welcome to 15 first timers...your times count as PBs as well, see if you can come back and beat them. Congrats Peter Mundy from Leighton Fun Runners on your 50th parkrun!! And well done to Jeremy Vick from Marshall Milton Keynes AC on achieving the highest age grade (74.93%). If you want to dance in the woods, shout (encouragement) at people running past or get to wear the unique orange hi-vis then make sure you sign up to volunteer at a future parkrun as it can't go ahead without volunteers! Chloe Baxter

Join us on Saturday 7 March 2020, the day before International Women's Day, in a celebration of female participation at parkruns around the world.
Bring female friends, colleagues or family to walk, jog, run or volunteer together!

In England, #IWDparkrun will be supported by This Girl Can, a campaign created by our partner Sport England.

On a cloudy but very humid Saturday 13th July, Luton Town Hockey Club took over all of the Houghton Hall volunteering postitions. We stood and cheered all 189 runners, joggers and walkers who came and took part in the beautiful Houghton Hall park run. Some of the Luton Town Hockey Club were mad enough to be the tail walkers whilst wearing there hockey goalie kit (which has alot of padding!).There was 20 first timers to Houghton Hall and 5 of them had never ran a park run before! We welcomed these people to their new saturday morning obsession. We (the volunteers) were cheering on all of the participants, and we watched as a massive 50 people achieved a new personal best.Very well done.Another thank you to all 17 volunteers for making this saturday's run happen by volunteering their own time. The volunteers even supplied lots of cakes and orange slices at the finish line. There are loads and loads of photos on Facebook taken by Amii Eveyn Bonner.We would all like to say a big thank you to the Houghton Hall park run for letting us take over for the day. If anyone is interested in joining hockey whether as part of our juniors section (on a sunday for under 14's) or as part of our adults section (for people 15+).Please head to:http://www.lutontownhc.comFrom all of us at Luton Town Hockey Club we look forward to the next take over, where we hope for it to be even bigger and better. 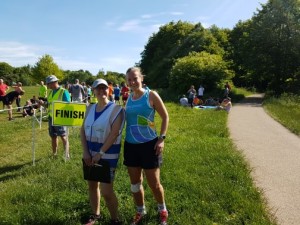 We were visited this week by Claudia who spent some time explaining to me the amazing work that parkrun can do in supporting those with this condition and with a sub-28 minute finishing time proving that MS and exercise are a great partnership.

She was visiting to raise awareness of runners with multiple sclerosis and the support parkrun can offer to maintain an active lifestyle to manage this chronic condition. Thursday 30th May was World MS Day so it felt particularly relevant that Claudia was visiting.

This was what she had to say:As part of parkrun's PROVE project, there is an inspiring and growing community on Facebook for runners with MS. They include the full spectrum of abilities from superquick sprinters, one having completed the London Marathon recently in under 3h:24min (!), to MSers participating regularly in parkrun in their wheelchairs or solely by volunteering - everyone is welcome to join.'parkrun for people with multiple sclerosis' is a closed group on Facebook. With the PROVE project now having been completed, the support for this group will continue without change. I started running again following her diagnosis of multiple sclerosis and just completed my 57th parkrun here at Houghton Hall parkrun in my OMS vest.OMS or Overcoming Multiple Sclerosis is a non-profit organisation, which raises awareness about evidence based diet and lifestyle interventions that can improve health outcomes in people with MS.In simple terms, it can put people with MS back in the driver seat of their own destiny, considering that MS is often seen as a condition with a predicted decline in health. OMS gave me hope and positivity that I could make changes to the lifestyle I was leading for a better health outcome. Since following the OMS programme, I have been healthier than ever before and it made me reconnect with running and finding parkrun. Mental health is hugely important and a healthier body leads to a healthier and stronger mind to enable you to deal with this curve ball that MS is. I am now one of the two ambassadors for the Hertfordshire circle and encourage everyone with MS to join their local circle. If you sign up on https://overcomingms.org/community/find-support/ you will find lots of local support to help you with this unpredictable condition.So please pass on the news to anyone you know who is affected by MS. Other disabilities and health conditions covered by the parkrun PROVE project were Anxiety, Arthritis, Asthma, Autism, Blood Pressure, Cerebral Palsy, Deaf / Hard of Hearing, Dementia, Depression, Diabetes, Eating Disorders, Endometriosis, Heart Conditions, Learning Disabilities, MSK Conditions, Multiple Sclerosis, Obesity, Perinatal Depression, Psychosis and PTSD. 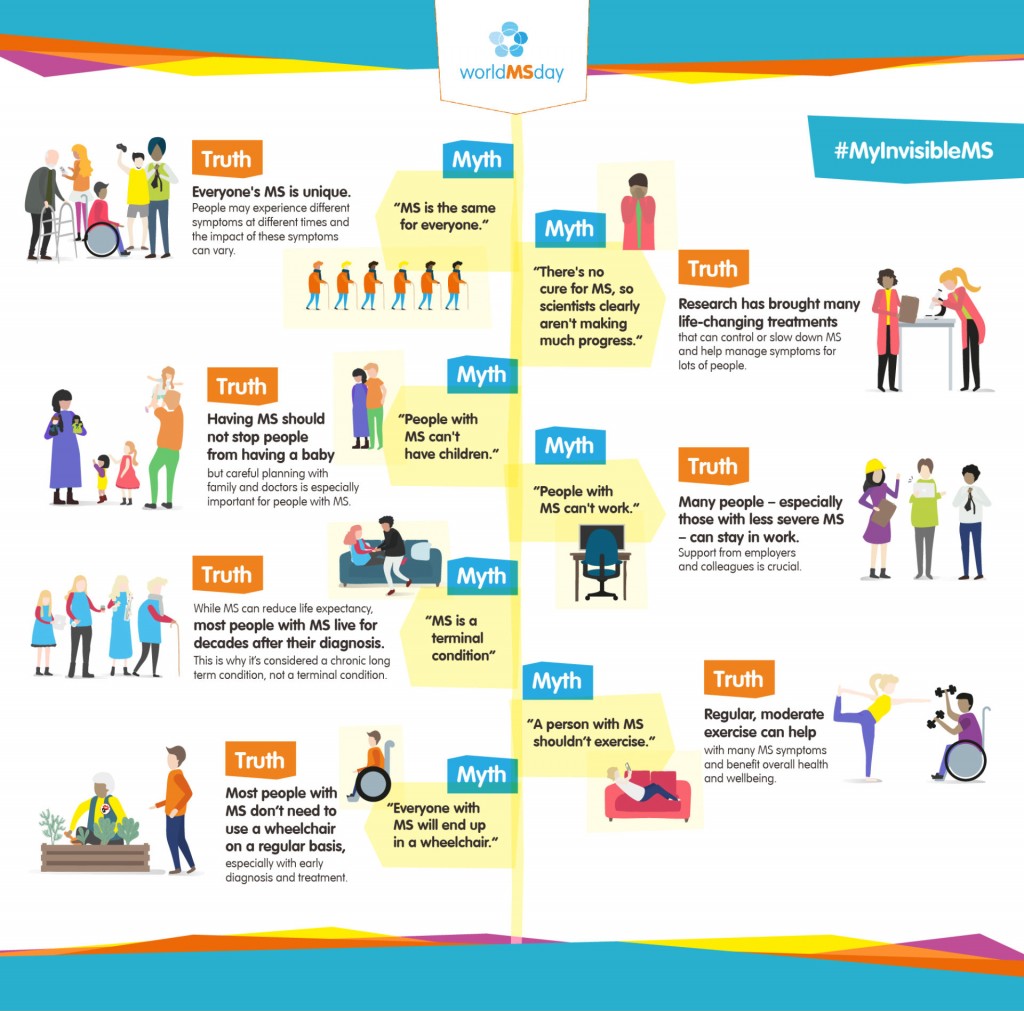 It was a beautiful start to June and 174 of you choose to come along and join in the fun at parkrun.

We have not one but two run reports for you this week! The first comes from one of our visitors Sue who says:

My in-laws needed a lift to Luton Airport on a Saturday morning. They were very apologetic that we were going to miss a parkrun! No problem – we could do one near Luton as long as we could drop them off earlier than they needed to be there. How could they refuse? They couldn’t if they wanted a lift there!

We applied our parkrun algorithm of parking, toilets, letter of the alphabet and who else from our club has run there, and decided on Houghton Hall. We weren’t disappointed! I know the full alphabet is currently impossible to achieve, unless we apply a bit of artistic licence and can count Exeter as an X………….

We left the Midlands shortly before 7am and had a fairly hairy journey due to part of the
M1 being closed, resulting in a cross country diversion along roads that didn’t seem to be in our atlas. We arrived at Luton Airport and quickly ejected the in-laws and their holiday luggage and hurried back to find the parkrun, making only a small diversion via the Houghton Hall Business Park!

What a fantastic parkrun! Nice and flat, in a beautiful location with lots of enthusiastic and friendly volunteers. The weather was glorious (if a little hot for running, but we shouldn’t complain) and we enjoyed a drink and piece of cake in the visitor centre before having a walk round the park and heading home.

By the way, today was our 20 th UK parkrun venue so we have officially made it as “UK
parkrun tourists”. We thought we’d made it a while ago until we realised that parkruns
abroad don’t count…...we should have realised as the clue is in the title!

We really enjoyed our Houghton Hall parkrun and hope that we need to give someone else a lift to Luton Airport on a Saturday morning so we can visit again.

We all love a few parkrun stats so here are a few from today’s run. This was parkrun
number 75 and had 175 runners. 11 people were running their first ever parkrun and a
further 13 did their first Houghton Hall parkrun. 21 people achieved a PB – bravo! 10 clubs were represented. Most importantly there were 17 fantastic volunteers so a massive thanks to them as parkrun would not be possible without them.

Hope to see you again soon!

Thank you for such a lovey report and we hope to see you again soon too!