New Years Day parkrun is on! 10am start.

Christmas Day parkrun is on! 9am start.

Hi Huddersfield!!! Thank you for having us to visit, what an amazing park and a fab team you have. Here is Digby’s run report:

My name is Digby and I’m 5 months old. I’ve been parkrunning for 3 months now. I know, I know, I’m too little to do it all myself, but my Mum’s have been encouraging me to at least do the first 3km and one day I’ll live up to my nickname of “parkrun pointer”! Greenhead Park is a brilliant place to parkrun, loads of paths and junctions, lots of amazing things to smell, other dogs to chase.
I had a great time! Becky Burdon was the boss today, and gave a fab introduction to everyone. It was quite a long one today, only because so many people were running milestones….. 50: Suzy Overton, Brendan Halliday, Ron Lister; 100: William Rose; 150: Fred Iyekekpolor; 250: Jeanette Pierson, Matthew Pattison; 300: Lynne Mannion!

Luc Burnip finished in 16:50, Olly Williams in 17:34 and Jamie Brannan in 17:48. They all ran very fast. One day I know I’ll run that fast, although I don’t think either of my Mum’s will ever be able to keep up with me!
There were 610 runners and walkers, 75 PBs, and 23 brand new parkrunners (I hope you get the bug like I have!) A massive thank you to all the lovely people in bright yellow, especially all the ones who rubbed my ears,
I do love a good ear massage; parkrun wouldn’t exist without you guys, and all your cheering helps us get round. I hope you all have a great weekend in the sunshine. I’m off to have a nap now, all the excitement is just too much for this little puppy. Hope to see you at another parkrun soon. Run report written by Lizzie Kershaw on behalf of Digby Kermeron (the parkrun pointer) A944333

Thanks to Matthew Kay for writing us a run report!

Today it was"H", I'm not consciously doing the parkrun alphabet but another one of the list won't do any harm will it and what a great one it was.

The primary driver behind doing parkrun was a visit to see my friend from Manchester who has lived in Huddersfield for eight years and as yet I've failed to cross the Pennines to come and see him, luckily this time round parkrun helped tipped the balance.

After arriving to Manchester on Friday night from London and not getting to sleep until 2am making the 8am train was going to be a tall order but I was not to be deterred from the trip and even made the earlier trip of 7.46 with my friend Dan. He was coming along for his maiden parkrun and managed a respectable sub 30 for his first outing.

We were visiting our friend Joe who popped me by 9 seconds last time we did battle at Worsley Woods so the competition was due to be healthy this time round even though we both acknowledged we weren't in top condition, Joe also had the added handicap of a Huddersfield hangover and quickly took a backward step from the challenge opting for a sprint to the finish with Dan instead to also achieve sub 30, small gains.

Prior to the run, the friendly atmosphere I'd become accustomed to from parkrun was plain to see with a warm welcome from Steve and introduction to the RD, Mark. We then received a humorous briefing from Mark with a few quips thrown in to lighten the mood which was belted out over the speakers; then everyone herded together with typical northern spirit ready for the off and we were all cheered up the hill with the backing of Eye of the Tiger, a parkrun first for me!

Whilst a hot day, I really enjoyed the scenic run round the park ably supported by the marshals and members of the public and I look forward to returning again, hopefully with an improved time as I continue a return to peak fitness. 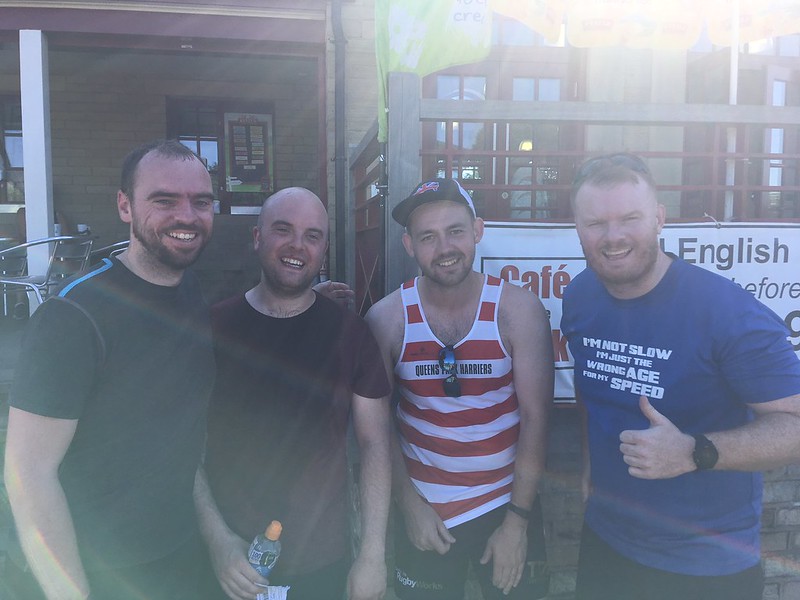 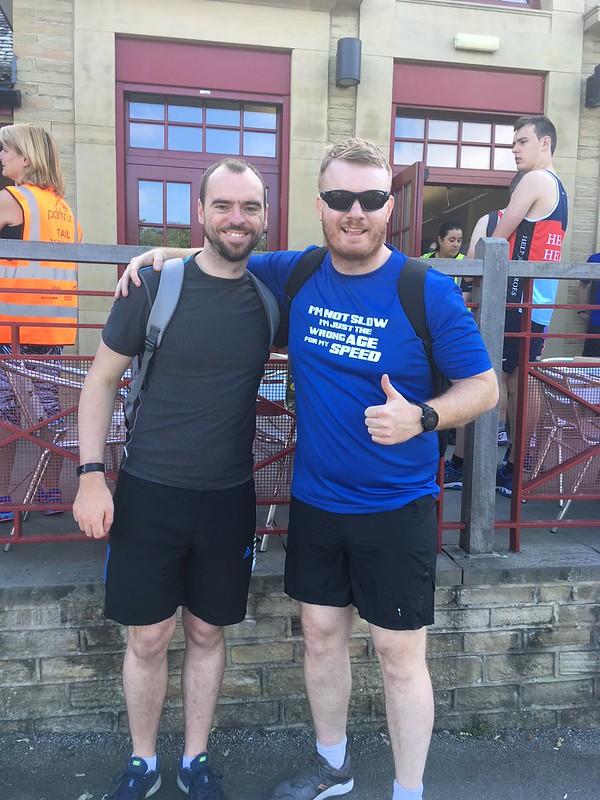 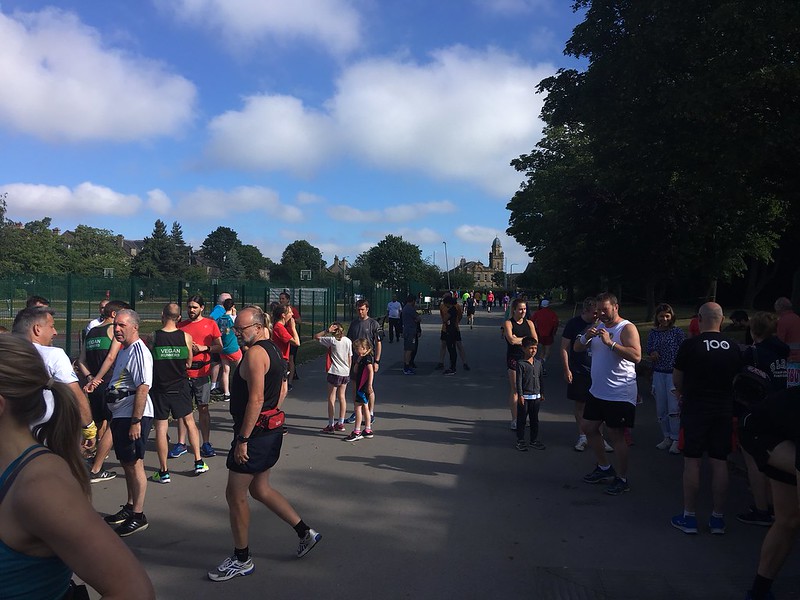