The world is beset by perilous omens; storms and gales spread misery and destruction, an orange headed self-obsessive spins a web of intrigue and an all pervading pestilence crawls into everyone’s daily life. And it doth be widely said that there be sad mournful places where people live the life of the damned in darkness , seemingly without hope and with ice stabbing at their souls.
But enough about Earls Barton.

For verily there is light, there is hope – the run in the park is a constant, where smiley humans and excitable dogs gather in anticipation of running up muddy hills before the rain starts again. And pink liveried philanthropists give up their free time to clap and cheer the runners of the park to glory. But they all seem to be called Marshall for some reason. 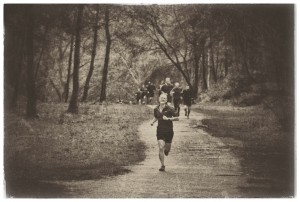 And as ever they came from near and far, from Lewisham, Lincoln and Milton Keynes. 231 hardy souls traversing five of the K in the beautiful Irchester landscape. Naythan didst turn the corner of finality first, but he was on a wheeled carriage so does not count, instead, our hats have never been so doffed as towards the fleet of footed Neil Adcock, who finished in a time of 20:46. Similarly, moving as fast as panicked shoppers seeing an Andrex delivery, Lisa Russell was the first maiden home in 22.56. 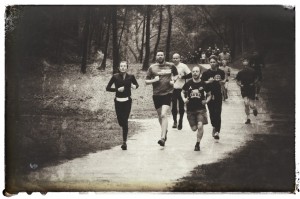 Under the expert guise of ‘R.D. Mary’, tokens were freely given out, only to be taken back seconds later, which seems a little unfair. However the Irchester gong was bashed and Running Buddies’ members didst celebrate their Couch to 5k graduation with the cake known as Ginger.

God willing, the whole community will gather again following seven turns of the Earth, as sure as night follows day, sunshine follows rain and an untied shoelace follows ‘3,2,1 go’.

Certainty in an uncertain world. If you know anyone in Earls Barton, please tell them.

This week 231 people ran, jogged and walked the course, of whom 73 were first timers and 57 recorded new Personal Bests. Representatives of 27 different clubs took part. 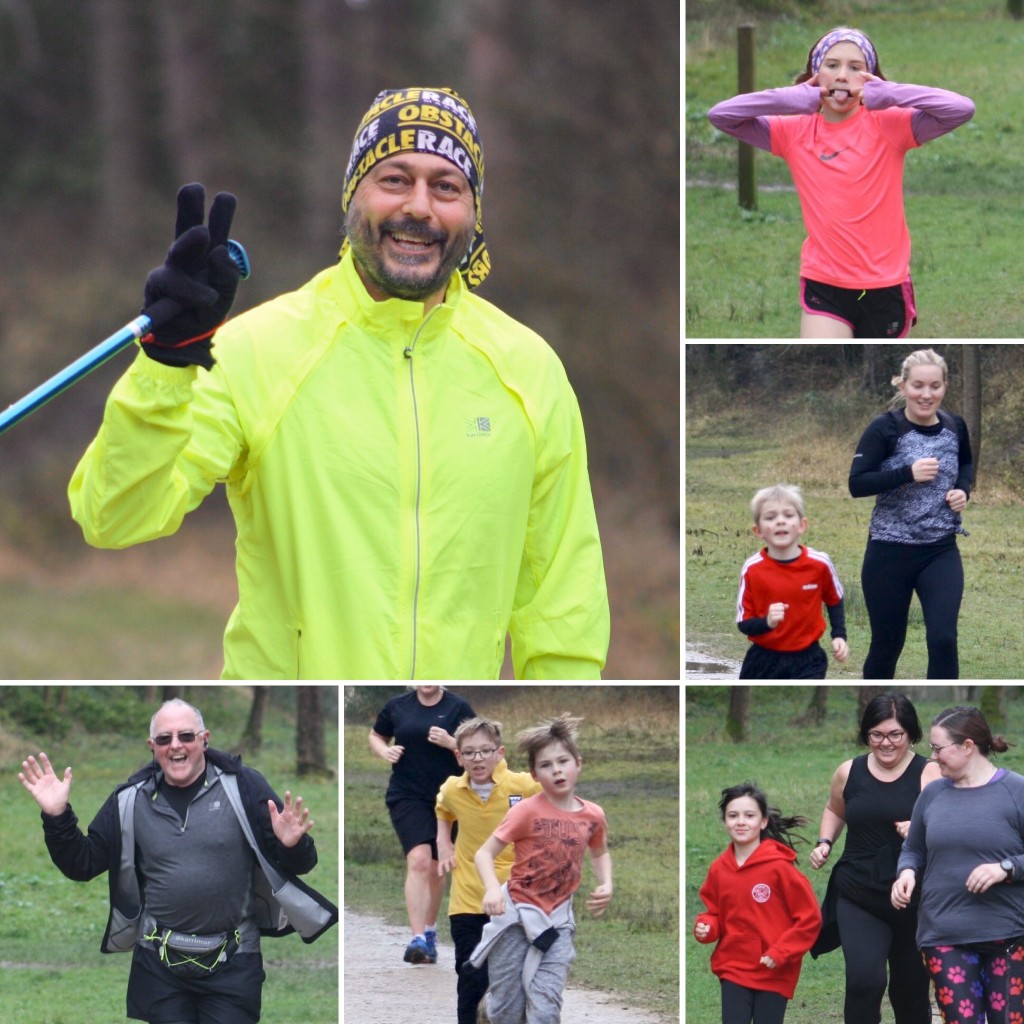 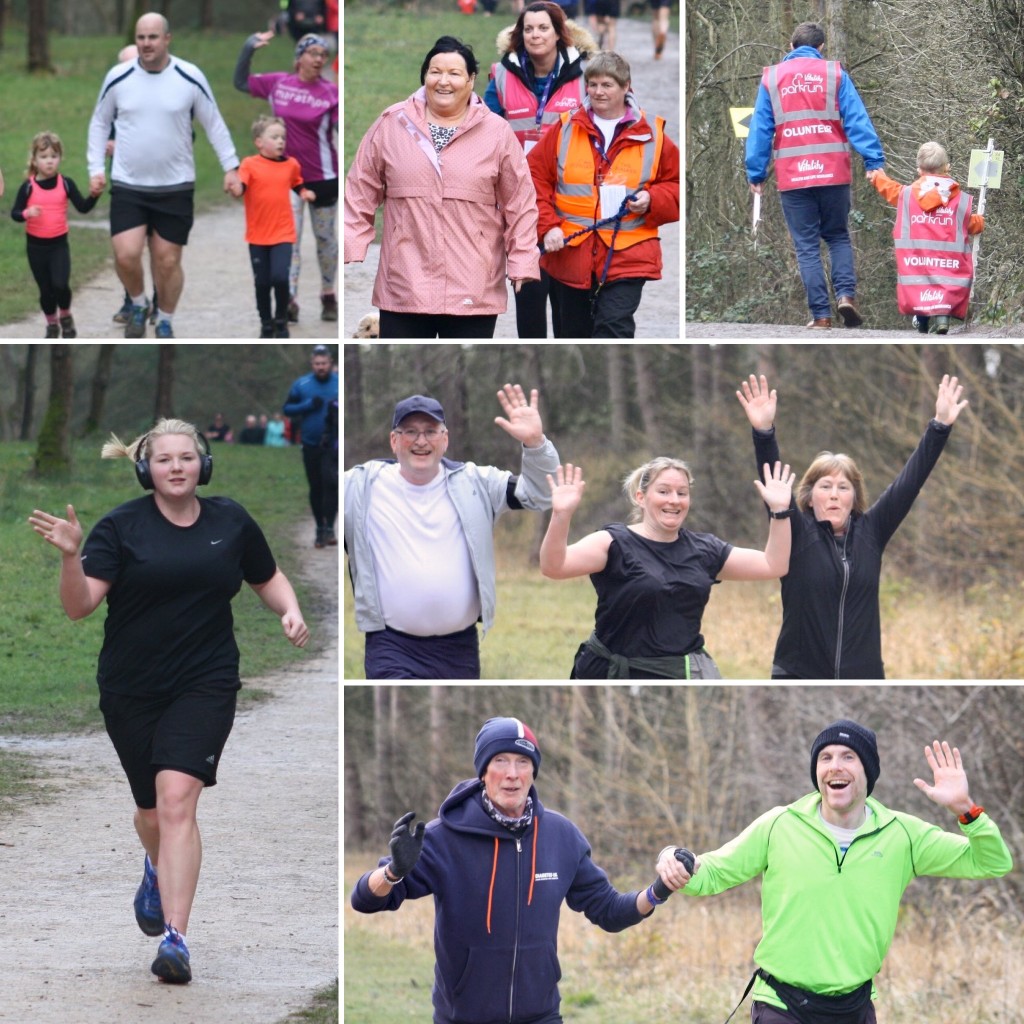 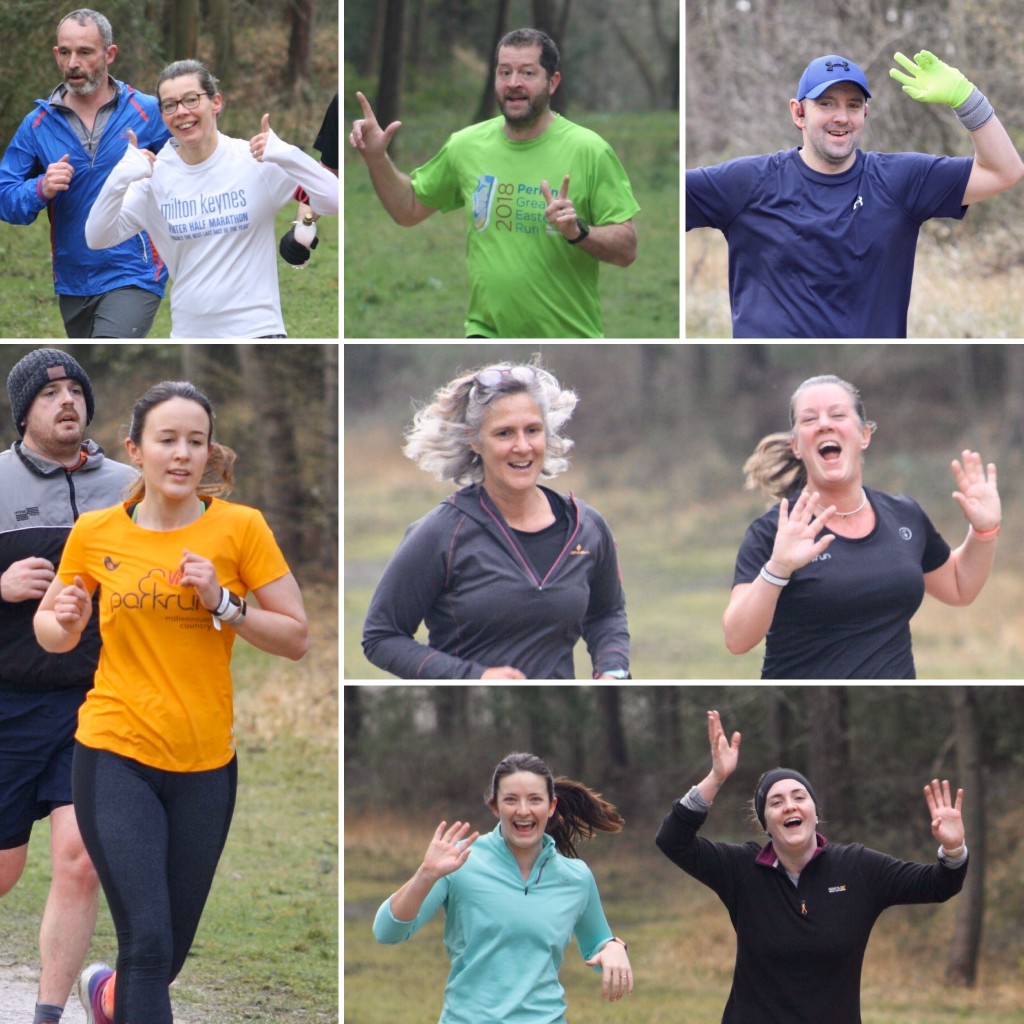 Irchester Country parkrun started on 2nd November 2019. Since then 2,617 participants have completed 5,682 parkruns covering a total distance of 28,410 km, including 1,214 new Personal Bests. A total of 183 individuals have volunteered 595 times. 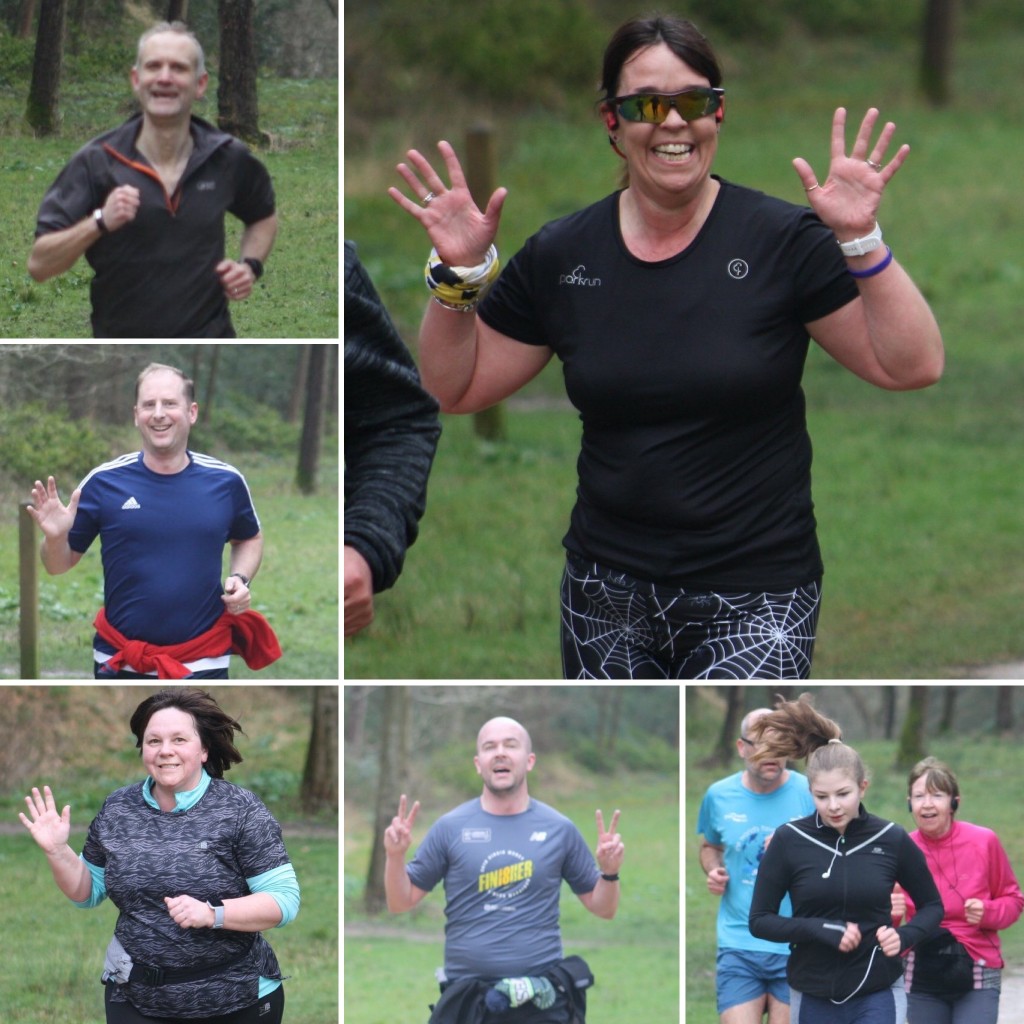 It was a cool brisk morning at Irchester country park for the 18th event. I mourned the loss of my thermal leggings as my purple night sky leggings took their place in support of #iwdparkrun. Lining up waiting for the start it seemed like a good size crowd. I missed hearing any special announcements about any Anniversary runs or Milestones happening as I was in the middle of the crowd but did spot plenty of Purple Volunteer shirts. 340 People joined us down at the park to celebrate International Women's Day 2020, and 115 runners tackled Irchester's trails for their first run. It was lovely to see so many club runners enjoying Irchester parkrun and many volunteer purple shirts were in attendance as well. 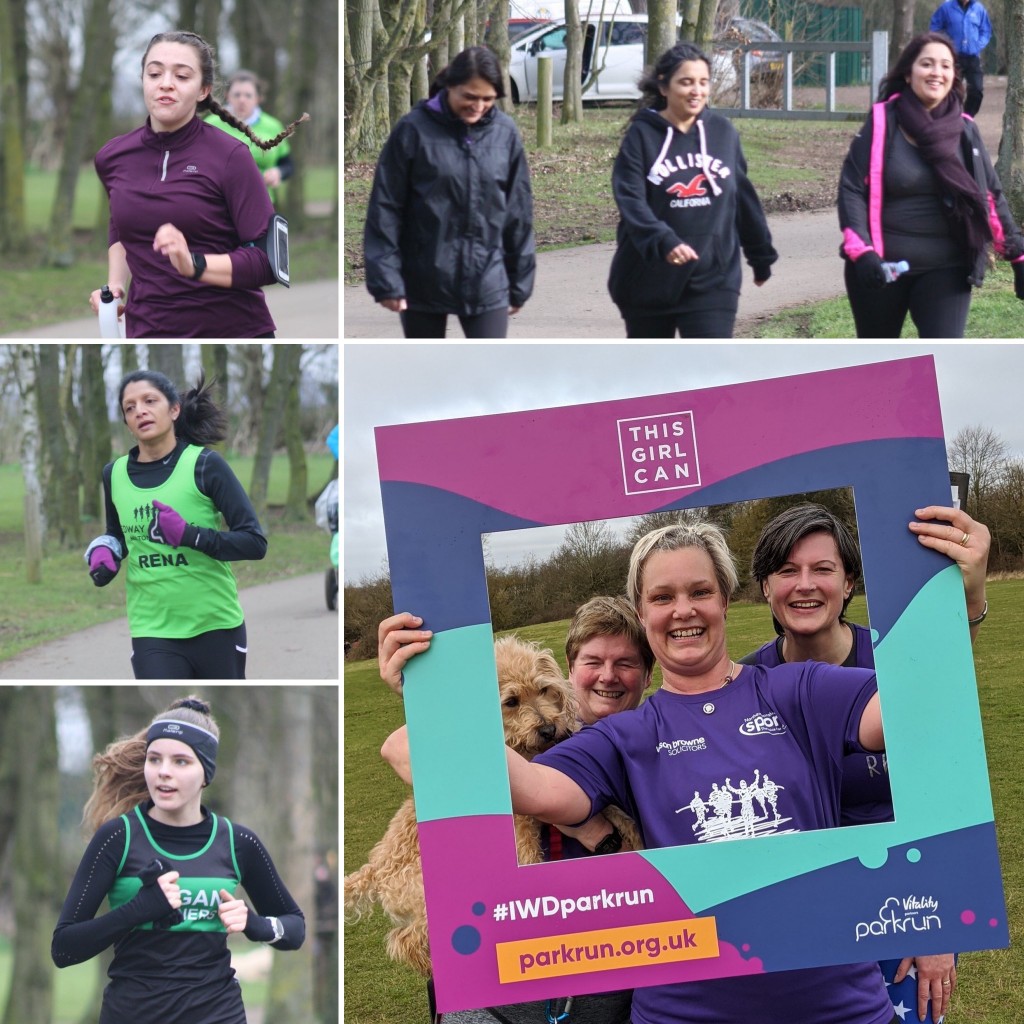 The start went and we were off making our way up a sometimes soft but fairly dry trail with lots of volunteers out along the sides to cheer on the crowd. I lost sight of my better half and running buddy about 1km in as he took off and I just couldn’t match his pace today. A lovely lady checked to see if I was alright when my pace dropped to a walk for the first time. I was, and thanked her and she carried on her way. I found my pace again and hit our nice long climb which leads to the end of the first mile. I wasn’t alone in finding the climb tough today but battled my way to the top with the volunteers cheering me and others on as we pushed to new levels. 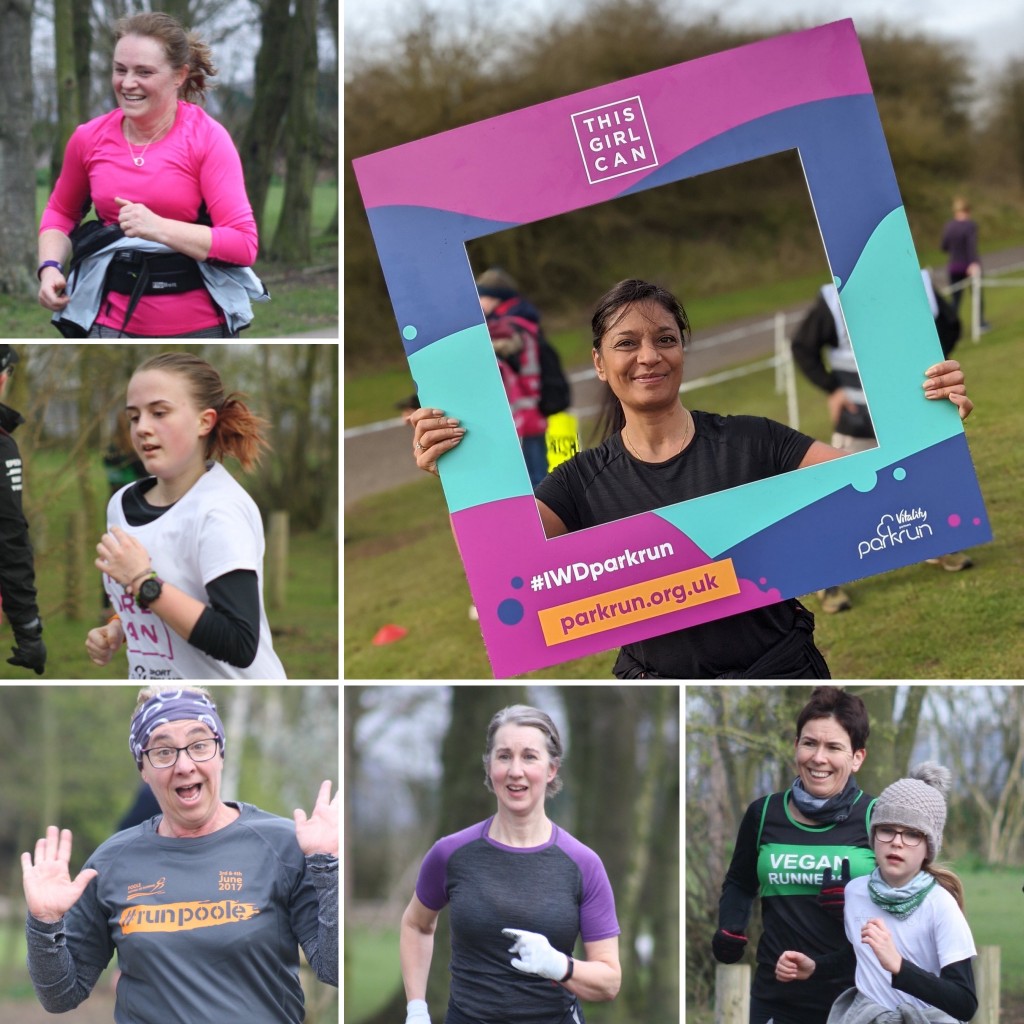 Shortly after reaching the 1 mile mark (which is where my headphones quit on me so I took them off), I started waving and congratulating the lead runners as they came flying back towards me. Congratulations to Martin Hunt from the Formula One Circuit crew on being First Finisher today and on his first run at Irchester as well!

The trail was good for achieving PBs today with 84 runners recording personal bests. I didn’t manage a PB but it was my second quickest time and I passed 2 lovely ladies in the sprint to the finish - I’d been following them as unofficial pacers for the last mile so a special thank you to them. The finish field today had a great atmosphere and I grabbed a picture with the selfie frame and my darling Hubby who pulled a PB today and left me in his dust. 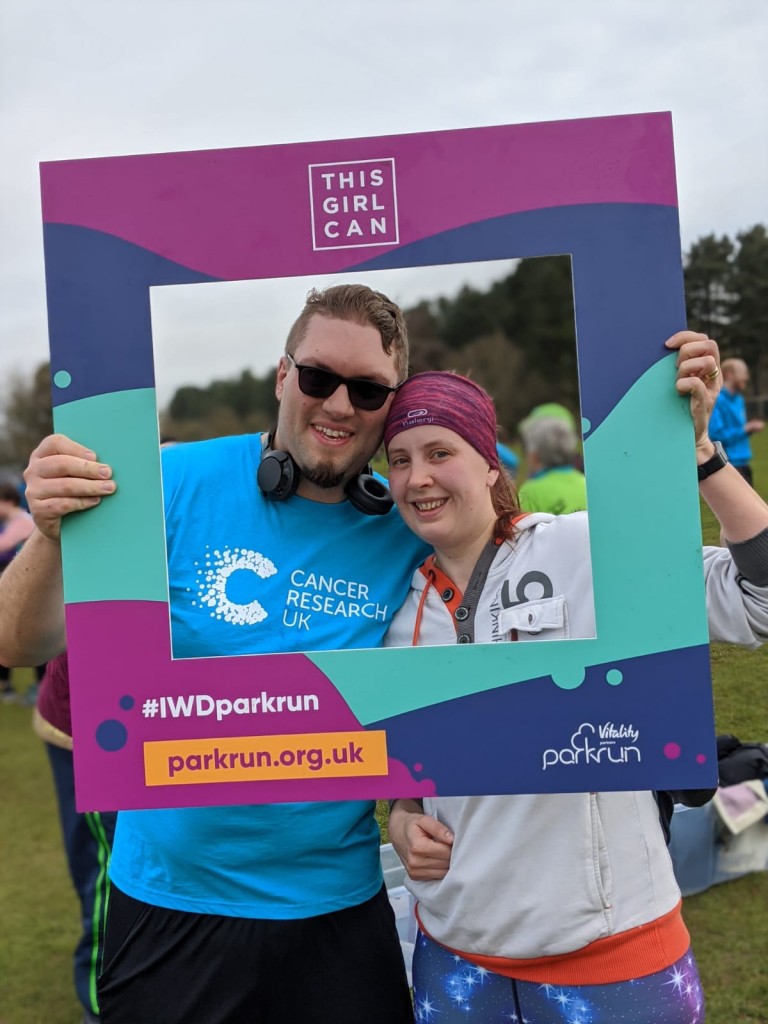 Thank you to our Volunteer coordinator who was taking the selfie frame photos, so look out for yours on the page. Thank you to our photographer who was sneaking photos at the final corner. I was very focused on the finish line and completely didn’t see him till my walk back to the car park afterwards. Make sure you check out your pictures on the Irchester Country parkrun Facebook page. 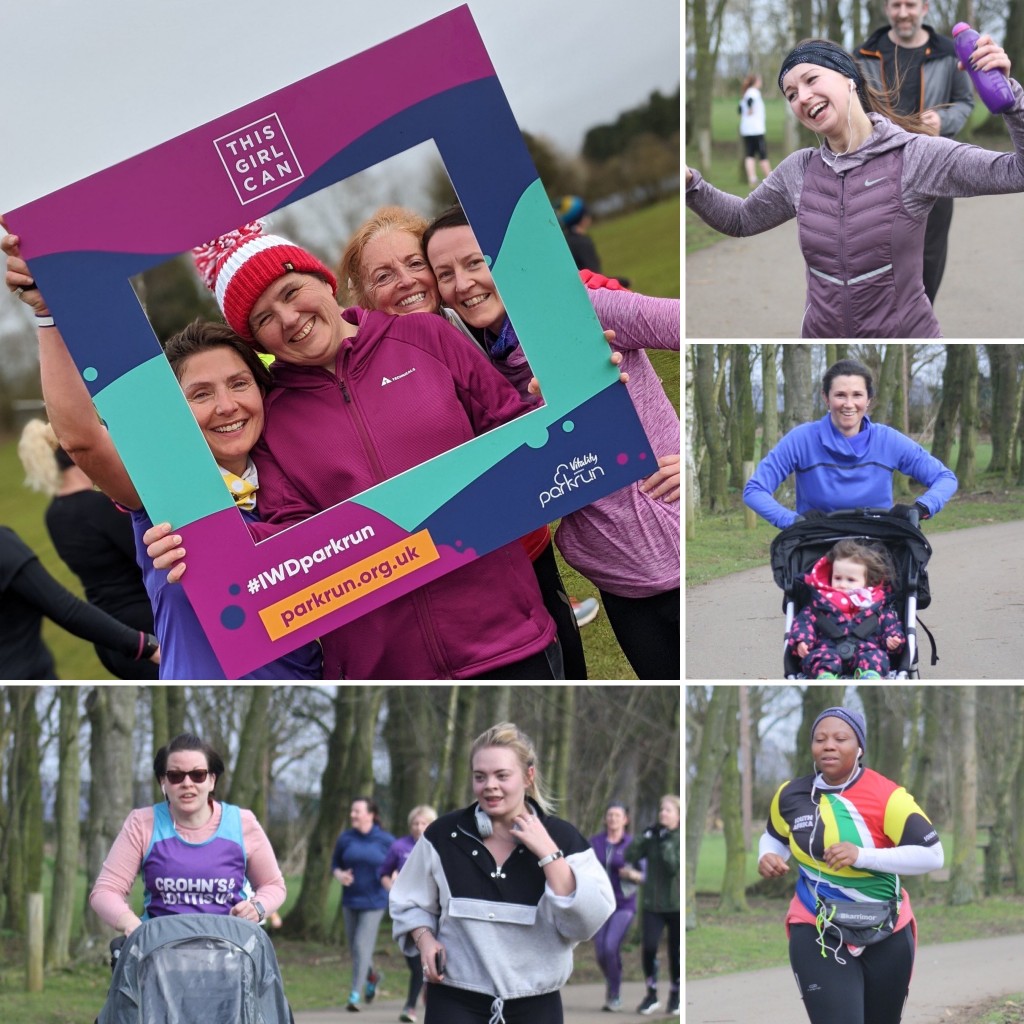 Congratulations to Lisa Russell on being First Female finisher on the first IWD event at Irchester and for your PB as well. Thank you to all the Participants and Volunteers for joining us for International Women's Day 2020 and we hope to see you all again soon.

This week 340 people ran, jogged and walked the course, of whom 115 were first timers and 84 recorded new Personal Bests. Representatives of 36 different clubs took part. 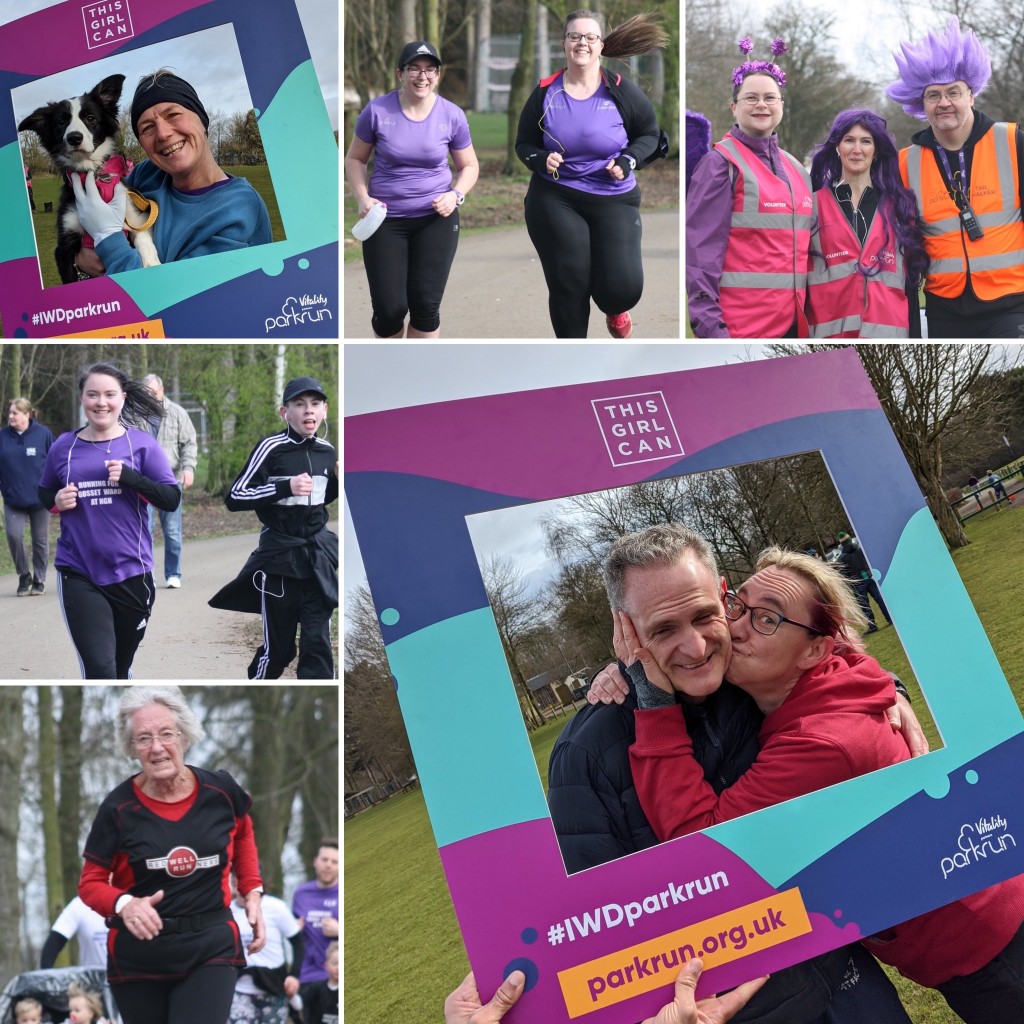 Irchester Country parkrun started on 2nd November 2019. Since then 2,544 participants have completed 5,451 parkruns covering a total distance of 27,255 km, including 1,157 new Personal Bests. A total of 181 individuals have volunteered 569 times.

Following a two week break due to the lovely British weather and an early morning weather inspection, we were back. Event number 17 saw 247 intrepid parkrunners brave the wind, rain and traffic lights!

Despite the weather there were 70 first timers to Irchester, visitors travelled from Darlington, St Albans, Oak Hill, Huntingdon, the Lake District, oh and Kettering to name just a few. We hope our visitors enjoyed the course as much as our regulars do and hope to see some of you return soon. 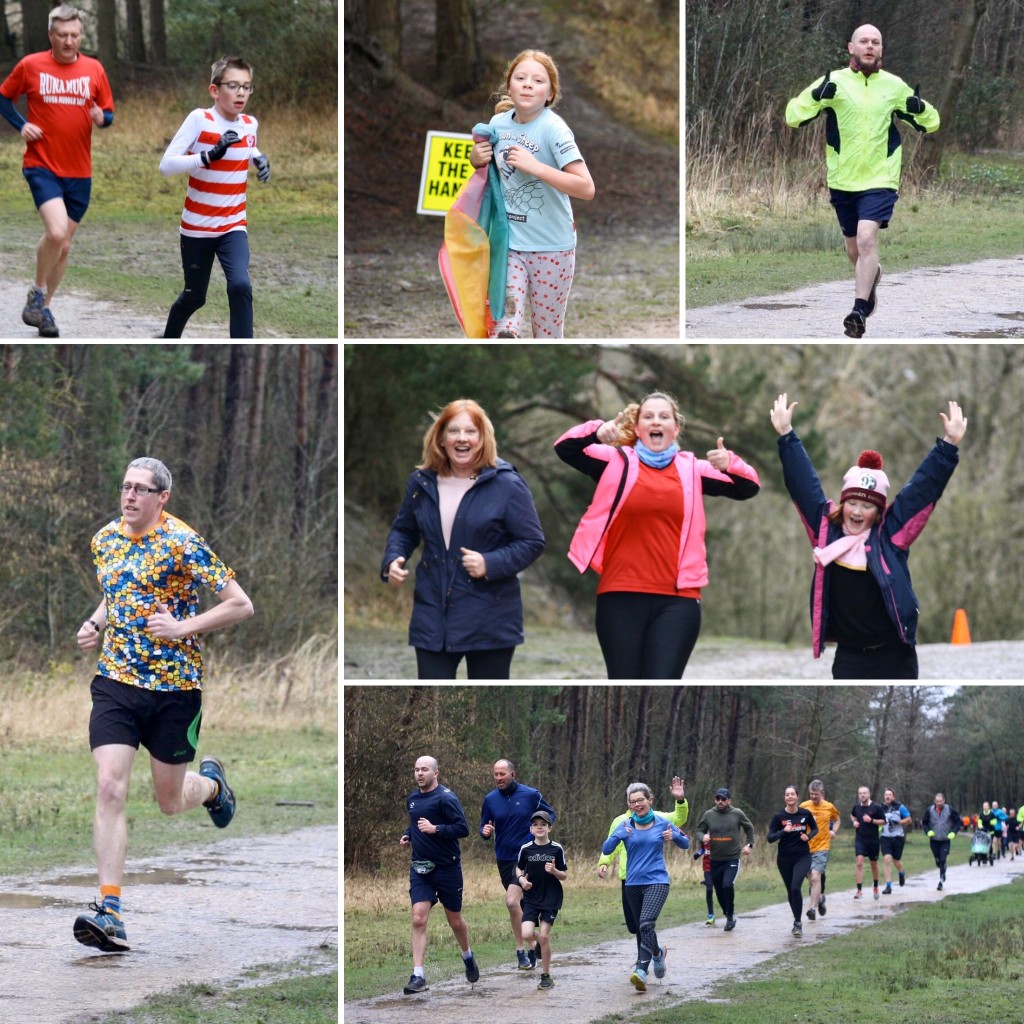 A fine first effort on lead bike from Duncan Worthy who stretched the front runners to the finish, first male was Kieran and first female, Sian. As tail walker Yvonne and I enjoyed walking with Daniel, who was a first timer and Trudi, who certainly impressed with her determination on crutches and we wish her well over the next few weeks on the road to full fitness. 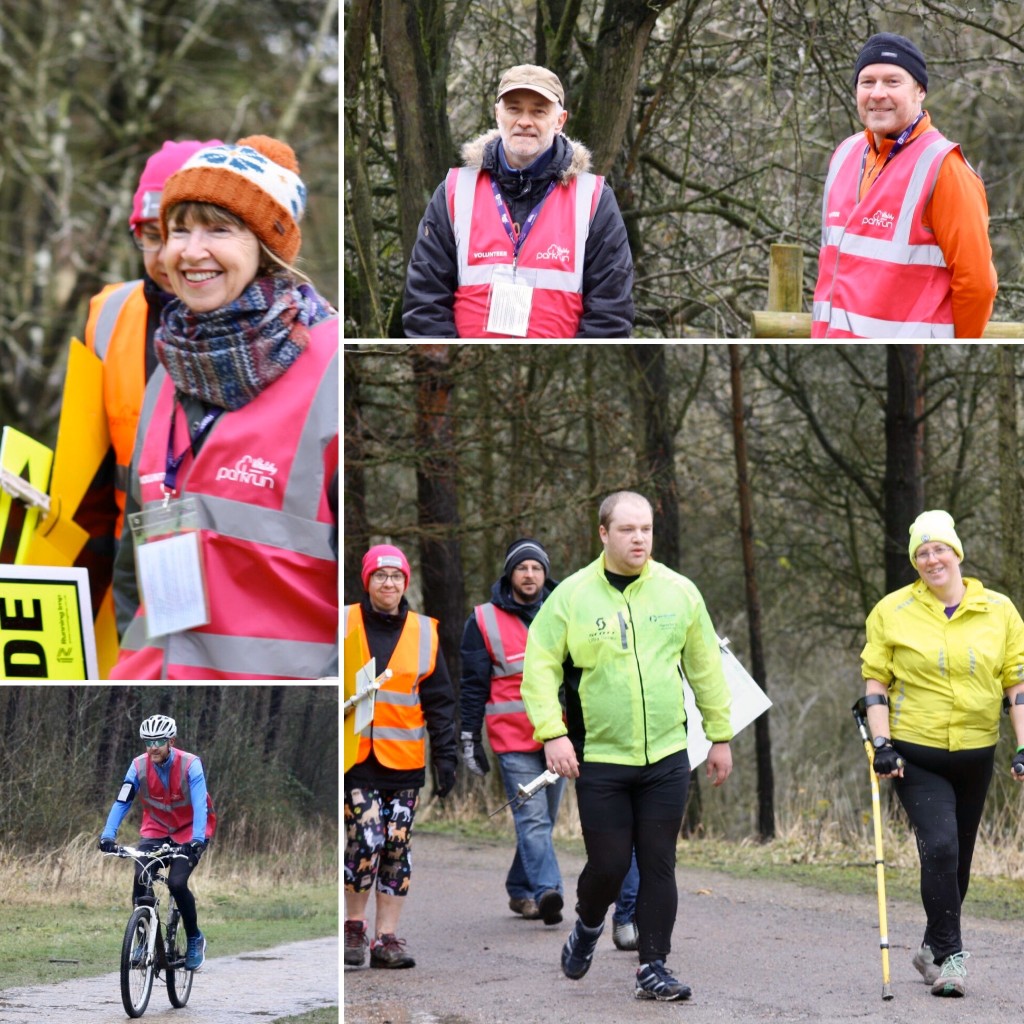 Well done to the 52 of you who achieved personal bests today and a HUGE thank you to the 25 hardy volunteers who made today’s event possible. 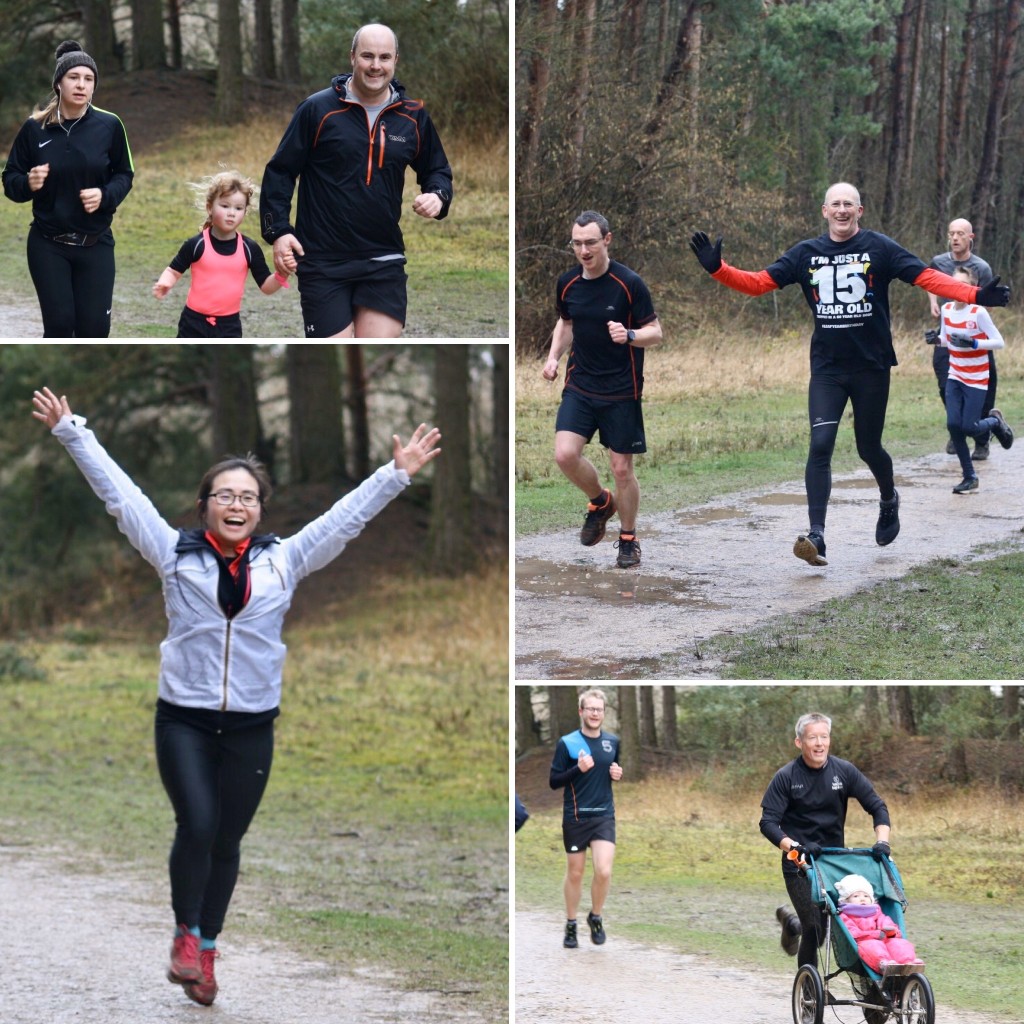 This week 247 people ran, jogged and walked the course, of whom 70 were first timers and 52 recorded new Personal Bests. Representatives of 33 different clubs took part.

Irchester Country parkrun started on 2nd November 2019. Since then 2,429 participants have completed 5,111 parkruns covering a total distance of 25,555 km, including 1,073 new Personal Bests. A total of 177 individuals have volunteered 539 times.

Research carried out by parkrun shows that, across the world, women are less likely than men to take part in a 5k parkrun event. Despite the fact that females make 54% of registrations, they are less likely than men to make it the start line or to continue participating. International Women's Day parkrun is a fantastic opportunity to encourage more women and girls to participate in parkrun events all over the world.
In England, #IWDparkrun will be supported by This Girl Can, a campaign created by parkrun partner Sport England.

Here at Irchester Country parkrun we would like to encourage all of our parkrunners to bring along a female friend to either run, walk or volunteer on Saturday 7th March - help us show somebody new what parkrun is all about!
We will also be asking everyone (male and female) to #WearItPurple on the 7th March. Let's give our photographers a sea of purple to capture in their photos!

Check out our social accounts at the start of March for a number of profiles of our female core volunteers as they chat to us about why they started parkrunning. (Facebook / Twitter)

There will also be an IWD selfie frame in our finish area for all your selfies on the day.

We look forward to seeing you there, with a friend!

Irchester country parkrun is my local parkrun, just a 20-minute walk from home. Originally reluctant to start parkrunning and requiring a lot of motivation from my parents, I now actually quite enjoy the early morning run. This was my 7th parkrun and my 6th at Irchester, this week achieving my PB, mostly thanks to keeping the 26-minute pacer, James Philo, in my sights.
A massive thank you to all the volunteers, without them, parkrun wouldn’t be anywhere near as good as is. Not just the high-vis marshals, but to those who help out behind the scenes as well. The friendliness and encouragement received by fellow parkrunner’s down at the start makes the chilly mornings worth it. 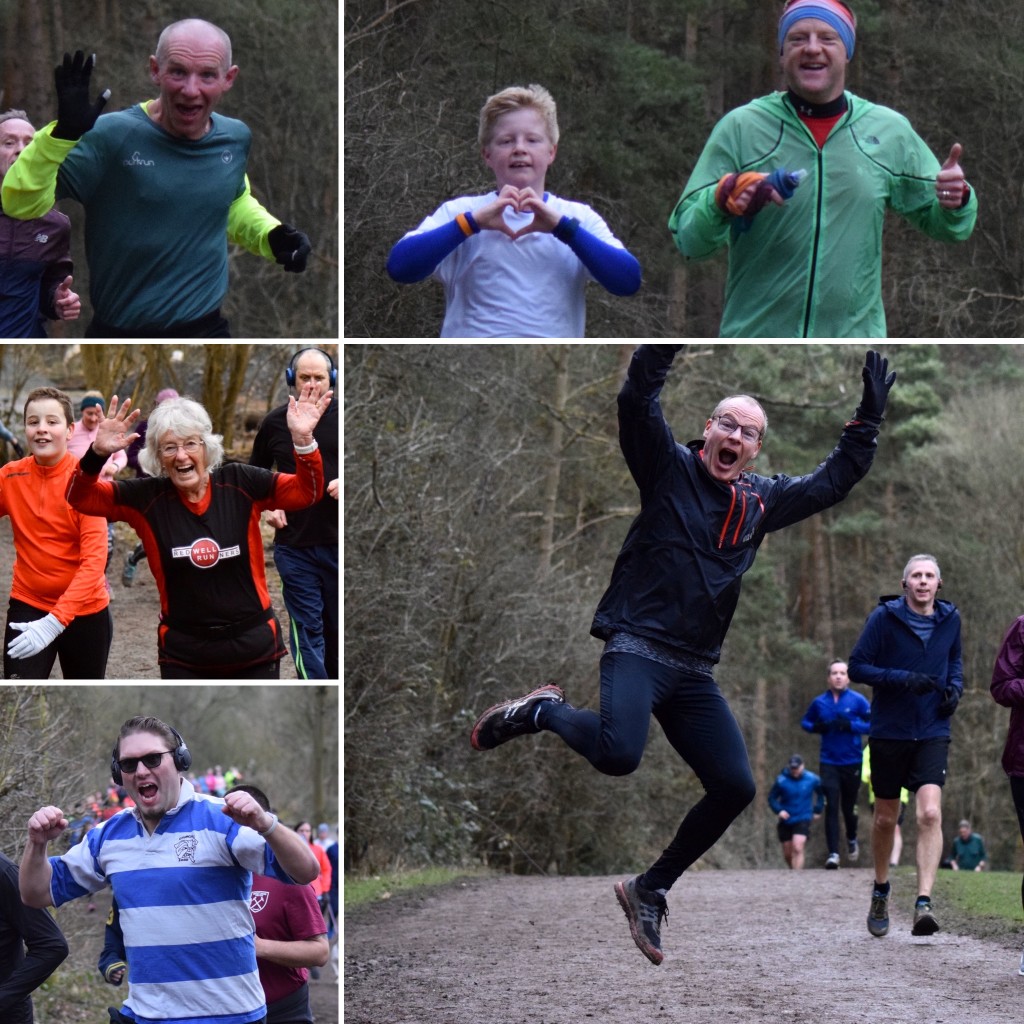 A big shoutout to; 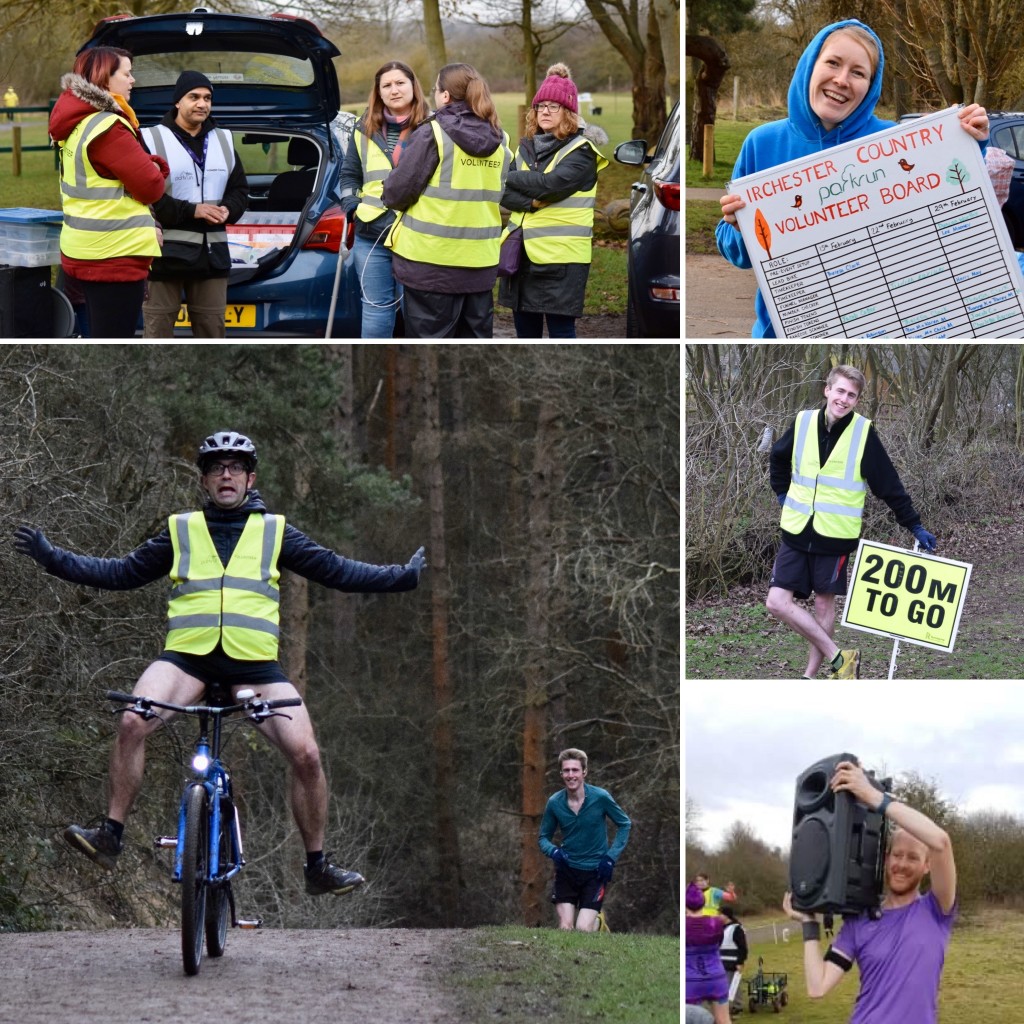 You may recognise a familiar face as he crosses the finishing line, Naythan Bellamy, who fills the role of lead bike most weeks and then runs the course. Well done Naythan.
The course is quite undulating which can put you off your stride every now and again but who doesn’t love a challenge? Despite the cold, this week 337 people ran, jogged and walked the course, of whom 93 were first timers and 99 recorded new Personal Bests. Representatives of 30 different clubs took part. Looking forward to seeing you all in the weeks ahead.

Northampton Crayons decided to send their colourful selves to Irchester Country parkrun as a few needed their letter ‘i’ for the alphabet Challenge, one or two wanted hill training, local for everyone and remaining just because.
Back at the cafe with the wonderful portions served and the hot drinks flowing to get us feeling normal again we discussed the parkrun and overall agreed it was a very challenging course, however very beautiful scenery.
The wooden carvings (Purple totally missed as spent the whole 5km with head down) were a huge hit on the course and the paths were wide enough that you did not have to slow down for other park users as plenty of space.
Lovely to see so many other Northampton parkrunners there participating, volunteering or in the core team give that extra parkrun family feel 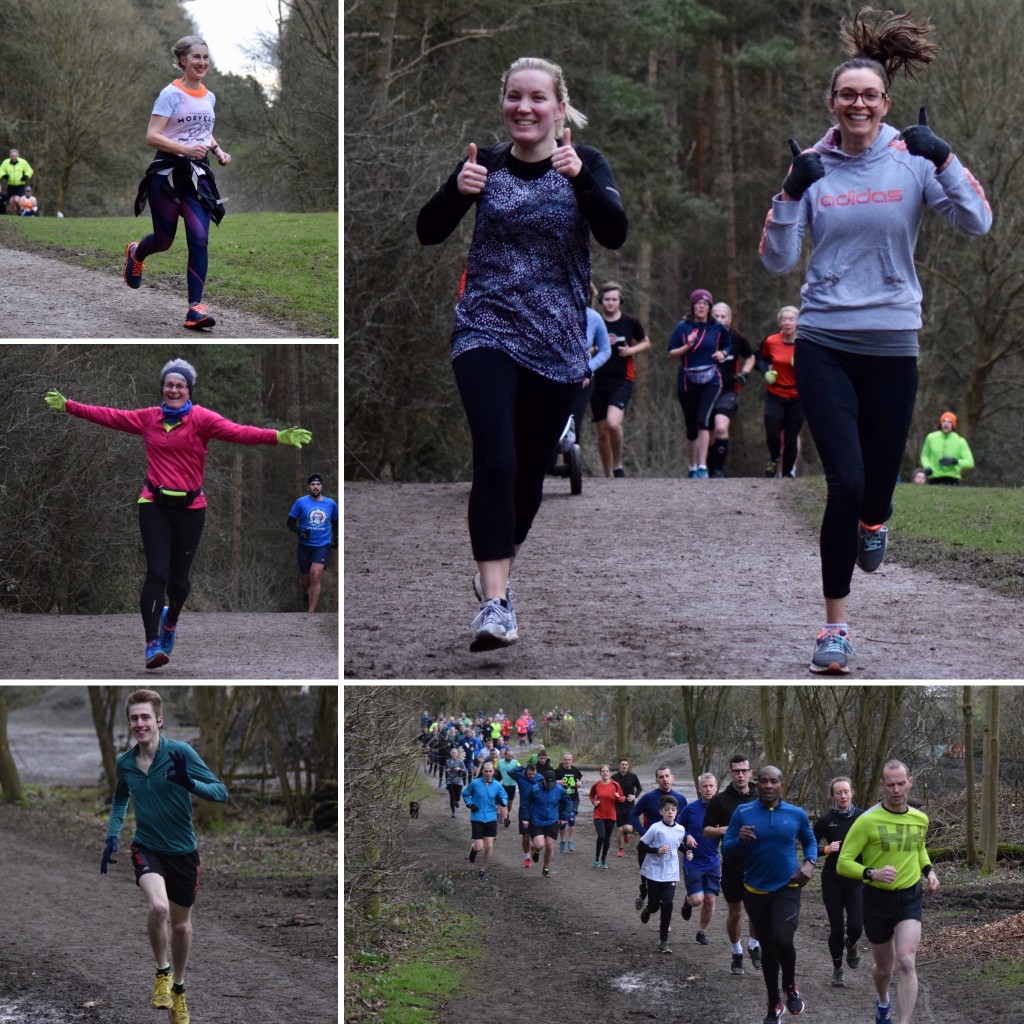 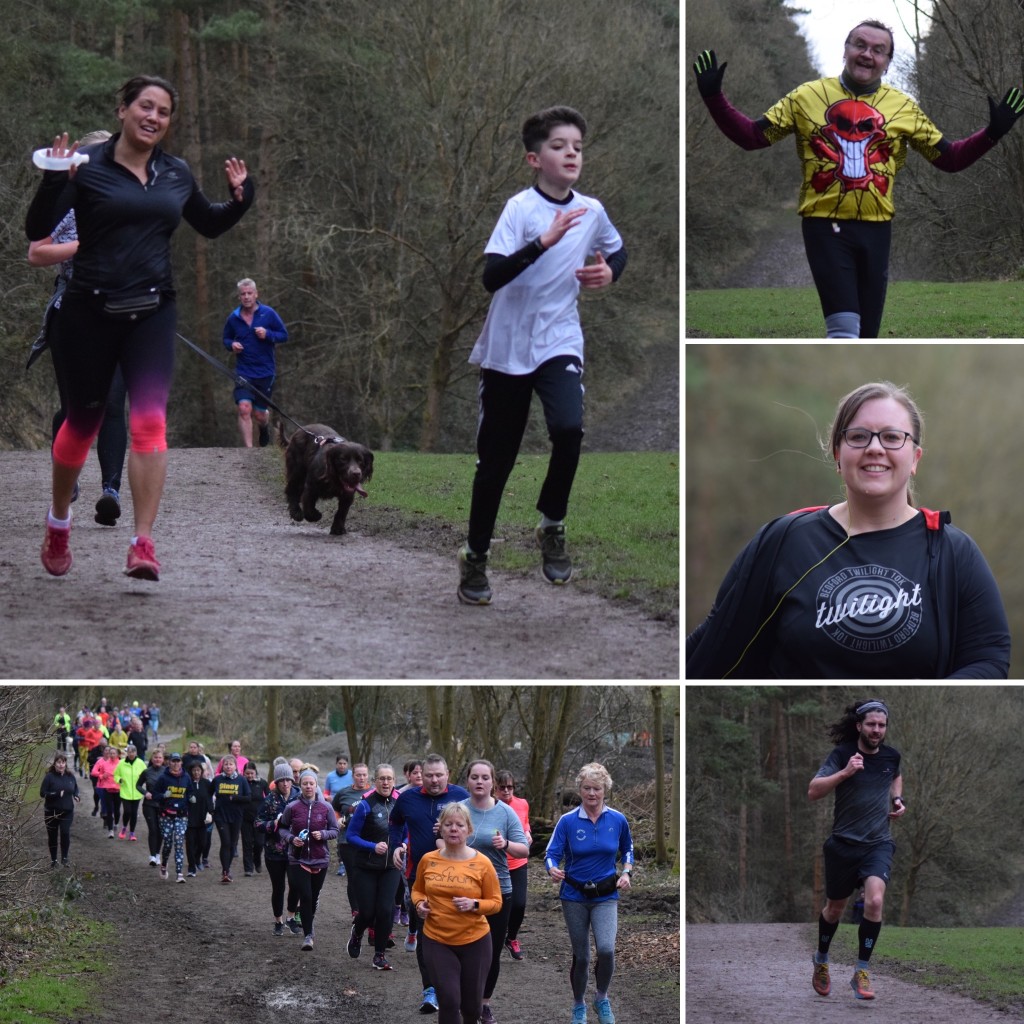 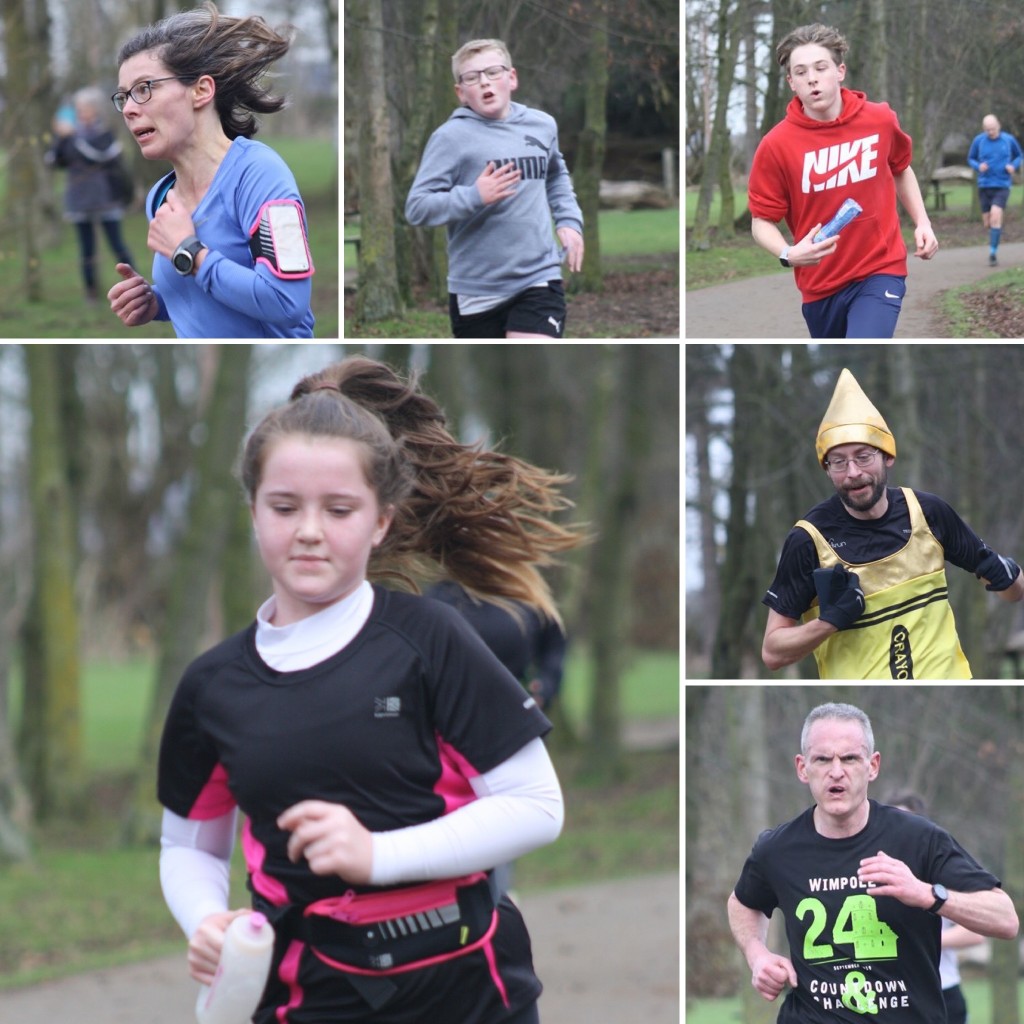 Irchester Country parkrun started on 2nd November 2019. Since then 2,359 participants have completed 4,864 parkruns covering a total distance of 24,320 km, including 1,021 new Personal Bests. A total of 173 individuals have volunteered 513 times.