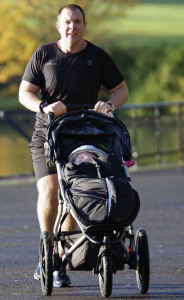 I'm Bob Wylie, I am a Run Director and Co-Event Director here at Kirkcaldy parkrun.

During the week, I work in Information Security / Technology for the NHS.

I am married to the lovely Wendy, and we have a 2-year old daughter, Grace 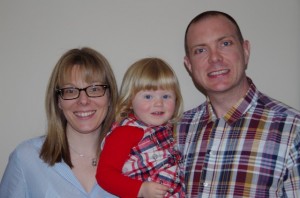 2) When did you start parkrun and why?

Wendy had joined Leven Las Vegas and started running at St Andrews parkrun. I went along a few times and really enjoyed the concept of parkrun - this was back in September 2012.

I realised after a year or so of very irregular parkrunning, that it was taking us longer to drive to Craigtoun than it took us to complete the course. I wanted to get involved in starting an alternative, local parkrun and ended up spearheading the idea.

Kirkcaldy parkrun started on 14th February 2015, but it must have taken around 18 months in the planning - the journey was tough, but a chance discussion at a local running race presented a funding opportunity that really got things moving. I am very grateful to everyone who helped start up Kirkcaldy parkrun and also to those who are now actively involved contributing to its success.

3) What are your parkrun stats? X runs in y locations, z volunteering, PB of ??

4) What do you love most about Kirkcaldy parkrun?

I love the fact that we've managed to get around 200-250 people attending every week!

We've come a long way since the initial planning when we thought that 50 would be a good turnout.

There have been a handful of very emotional startlines too - they will forever be in my memory.
5) What does parkrun mean to you?

Saturday. What else (did) people do on a Saturday?

Well, sometimes it also consists of the following, but I love every minute of it really:

6) What’s your favourite volunteer role and why?

Not sure I have a favourite, but this photo I took in 2015 of my dearly departed Grandmother,  sums up parkrun volunteering. It allows everyone to get something out of parkrun: 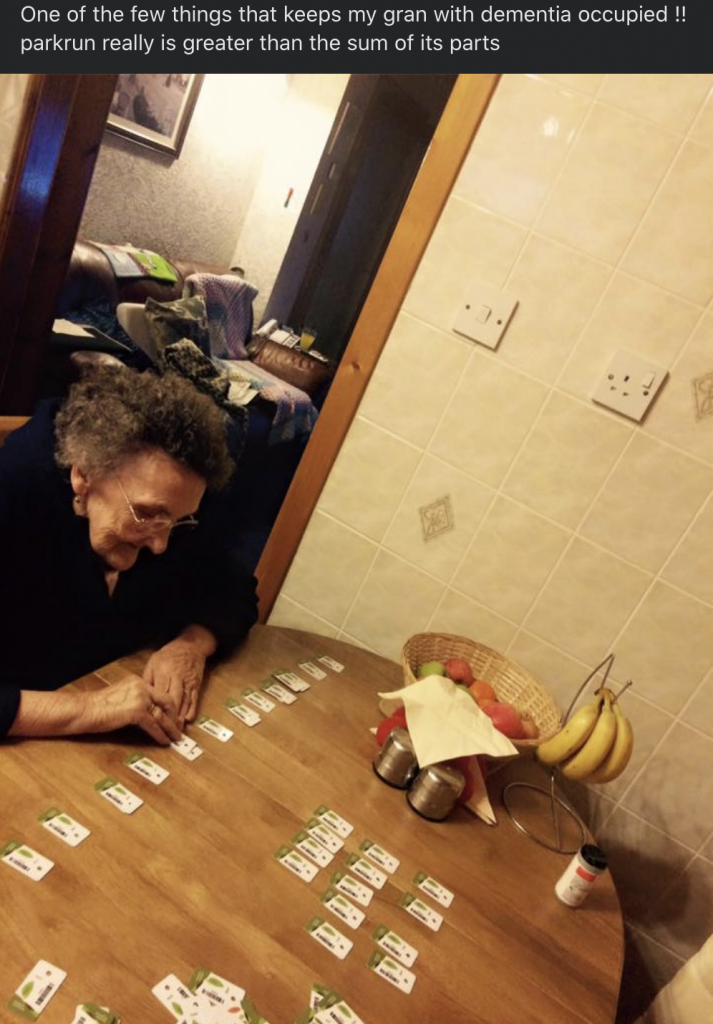 7) What’s been your favourite parkrun tourism and why?

Ganavan Sands. There's a sign at the start that says 'Steep Hill'. They are not kidding! 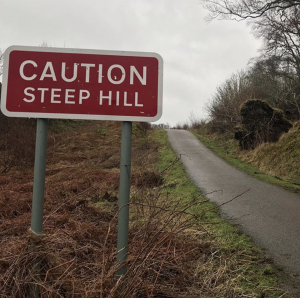 A wee gentle trot around the park, my wife said. Then she turned on the sprint with about 30 metres to go! I wasn't best pleased - but seen the funny side of it when I was shown this photo: 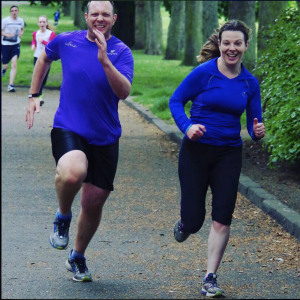 After a few test 'runs' , we are going to expand the audience a bit - It might all be a bit manic, but just sit back and have a coffee anyway.
This is an opportunity to 'meet up' with some familiar faces from Kirkcaldy parkrun. We might try and come up with themes etc, but we'll see how that turns out!
Stay Safe!

On an overcast morning we saw 213 people running around Beveridge Park to complete their free weekly timed 5k!

Today we welcomed 8 new runners to Kirkcaldy. I hope you enjoyed the course and hopefully we will see you again!

Congratulations to the 42 of you that recorded PB’s today. Well done to you all!

The volunteer roster for the next few weeks is still kind of bare and we need some more “Hi-Viz hero’s” to fill some spaces and make sure the event continues every week. To see which jobs still need to be filled take a look at the roster here - https://www.parkrun.org.uk/kirkcaldy/futureroster/
If you are thinking about volunteering or would like to, send an
email to the team kirkcaldyhelpers@parkrun.com and they will send you in the right direction!

Congratulations to John BRENNAN who today completed his 150th parkrun!

Next week I am doing some more parkrun tourism so if anyone would like to do the run report send an email to the team and they will talk you through it!

A massive thank you to all this weeks volunteers –

And that’s all for today everyone. Well done to each and everyone of you and I hope to see you again soon!
Until next time - #dfyb

What a historic event - the first leap year parkrun, we will have to wait another 28 years to do this again.

After a wet few weeks we were finally able to run around the pond again today albeit on route 2 and while we did get some rain, sleet and snow for the most part the sun was out. It seemed plenty of people were glad to finally have slightly better weather as 282 people ran, jogged and walked the course, of whom 21 were first timers and 35 recorded new Personal Bests.

Glenrothes Triathlon Club manned the volunteer roster this week. We had plenty of support around the course, home baked goodies at the finish line and a rather loud cheering party for everyone as they completed their first lap. Representatives of 21 different clubs took part today and while everyone has their own club t-shirts and colours it is always great to see the camaraderie between everyone.

We had a few celebrations today; a 70th birthday cheer for Douglas Murray who celebrates this Wednesday and a belated 50th parkrun shout out for Morag Cotton who had completed her 50th without realising. It was also the end of a 50k challenge through February raising funds for Ronald McDonald House which was organised by Kieran Forsyth, they have managed to raise £375 so a huge well done to everyone that took part.

Today's full results and a complete event history can be found on the Kirkcaldy parkrun Results Page.

On a Saturday morning where we literally had all four seasons within an hour and a half we saw 200 fantastic runners, joggers and walkers head to Beveridge Park for their free weekly timed 5k.

There were 25 first time parkrunners - 14 of whom were at parkrun for the very first time and 11 who were parkrunning at Kirkcaldy for the first time having completed a parkrun elsewhere before. We hope you enjoyed Kirkcaldy parkrun and that we will see you again sometime.

The weather over the last few weeks has been a bit miserable as well as making all our running shoes soggy. But as always, our fantastic runners, joggers, walkers and volunteers always come back for more.

Due to the weather we have had to use an alternative route over the last 2 weeks which is our route C. This route still has you keeping to the paths of the park and you do 2 and a bit full laps of the park with 3 downhills and 2 and a bit uphills. Using this route we do not go round the pond which is just as well as its overflowing hence the new water feature near the bowling club.

I would just like to say that everyone that takes part in the run each week is fantastic and an inspiration to all. We all know that the hill at Beveridge Park can seem tough but we all get up and over it. Well Done!

A big happy birthday shout out was given to run director Annabelinda Hardy, I hope your morning was fantastic and that the rest of your day was just as good.

This week we had Andrew Aird as our run director making sure the course and volunteers were all ready to go. Thanks, Andrew.

We had one pacer today, Eleanor Murray, who was pacing at 26 minutes and finished just under the target time. If you were following Eleanor and managed to keep up with her well done!

The volunteer roster is a little bit empty for the next month or so (apart from the 29th February as The Glenrothes Triathlon Club are taking over and providing all the volunteers) as you can see on our website here - https://www.parkrun.org.uk/kirkcaldy/futureroster/

If you haven’t volunteered for a while or never before why not come and give it a go, its good fun! Just send us an email at kirkcaldy@parkrun.com and please include your name, barcode number and if you have any in particular job that you would like to do! No job is difficult, but you will be shown what to do on the day.

Results
The full list of results can be found here – https://www.parkrun.org.uk/kirkcaldy/results/latestresults/

Once again, a massive well done to you all and hopefully we’ll see you again next week!