What a day! What a run. We were blown sideways all the way from the carpark which made me think it was going to be a tough one. Surprisingly despite the threatening weather 505 people ran, jogged or walked around Newbold Comyn. There were 19 tourists, and 17 first timers. As we ran through the woods the first time it was definitely a case of puddle-jumping as the recent rain had taken its toll on the course and there was barely a dry part the whole way through the trees. Despite the fact that the wind was behind us and theoretically pushing us up the hill it didn’t seem any easier. Usual lovely views from the top corner and then downhill towards the airfield stretch and what a shock that was – we rounded the corner and were almost stopped dead by the ferocious headwind. Falling blossom during our second run through the woods and it almost looked like snow! Was very glad to finish.

There were 17 parkrun First Timers.  Esme and Evie ran their 10thparkrun.  Ben Smith, Stephen Decker, Nick Adams, Andy Bailey and Tom Crawford all ran their 100thparkruns.  Two people were running on their birthday and very fetching they looked in their purple bibs. 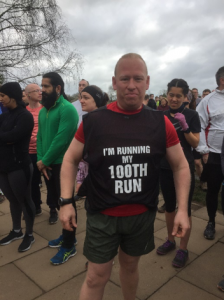 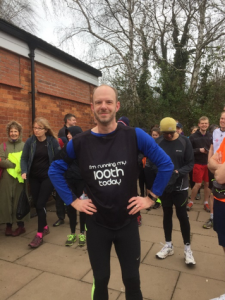 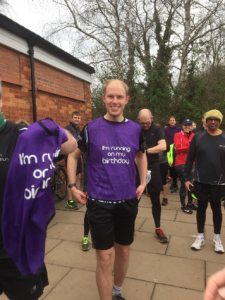 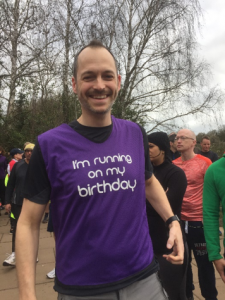 It was muddy, there were lots of puddles. I slipped on the corner to the final sprint but managed not to fall over. I enjoyed the run. I would like to write some more but I can’t think. I don’t enjoy writing run reports but I am not allowed to play rugby today until it is done.

In the morning I woke up and went to Leamington parkrun. Next, I ran with Stephen for half of the parkrun but I got a stitch so I ran with my Mum. Then when I finished Mrs. Doyle offered me some sweets but the dentist was at school this week and she said that Haribo were the worst sweets to have so I said no. I enjoyed parkrun. It was very windy so it was hard to run. I had chocolate buttons at home as the dentist said that they were the least bad sweets.

This week 505 people ran, jogged and walked the course, of whom 42 were first timers and 42 recorded new Personal Bests. Representatives of 37 different clubs took part.