On the 27th of April 2019, the 421st Leamington parkrun took place. It was Leamington parkrun’s 8th birthday and there was an optional super hero dress up theme. Lots of people came wearing capes, themed tops or full body outfits, and everyone sang Happy Birthday to parkrun during the run briefing. 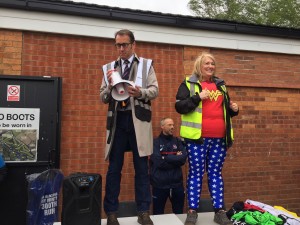 Awards were given to our Volunteers of the Year: the NEW family trophy went to the Nabney family and Volunteer of the Year to Jeremy Pope, who has also just joined the Core Team. 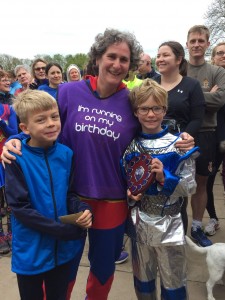 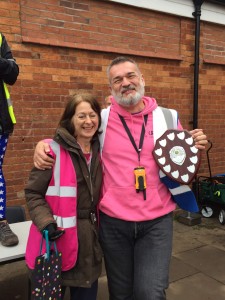 Trevor Rothwell, Marti Dhesi and Jill Coates were also commended for their outstanding contributions and Kate was given flowers as a token of our appreciation for all she does for us. 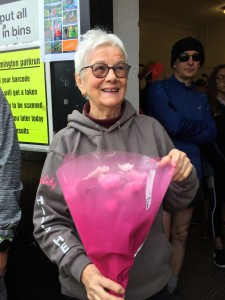 509 people completed the 5k course, some sprinting, others jogging and the rest walking.

There were 62 first timers and people from 34 different running clubs participated. The 2nd fastest time was 18m 17s by Dean Mawby who ran his 92nd Parkrun! A whopping 52 people got new personal bests (Around 10% of the runners!) despite the challenging windy conditions. There were no major incidents and the event ran smoothly.

Here are this week's stats:

This week 509 people ran, jogged and walked the course, of whom 62 were first timers and 52 recorded new Personal Bests. Representatives of 34 different clubs took part.

The event was made possible by 41 volunteers: