Out came the sun, out came those bare legs for many months hidden under leggings and tights, and out came 675 runners, joggers and walkers for the 425thLeamington parkrun. 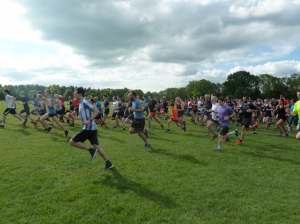 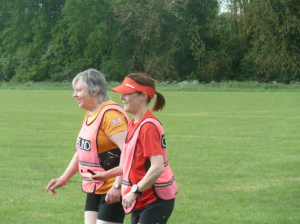 Conditions were good on the course.  The first four finishers all bagged new PBs as did a whopping 97 other runners, and we had 67 first timers, including former 5k world record holder David Moorcroft OBE (his world record for the 5,000m was 13.00.41 although admittedly without golf course hill to climb – although that is something for our faster runners to aim for ….)

It was also the inaugural Leamington event for 5k Your Way, a fabulous group for people living with or beyond cancer, and friends and supporters, to help with taking that step to get out there, get active and walk, jog or run 5k in a supportive and understanding environment with people who understand a bit of what cancer sufferers are going through. 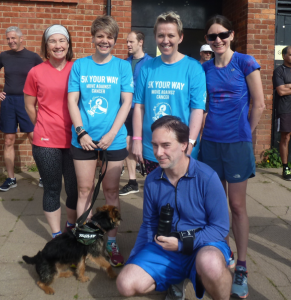 Don’t forget it’s Pink parkrun next weekend: 4 laps for those crazy enough to try it, wearing pink, starting at 7am.  There will be a raffle to raise funds for Breast Cancer.

According to George Bernard Shaw it is the mark of a truly intelligent person to be moved by statistics, so for those of you of that look forward to them so much, here they are:

This week 675 people ran, jogged and walked the course, of whom 67 were first timers and 100 recorded new Personal Bests. Representatives of 41 different clubs took part. 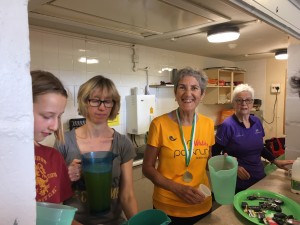 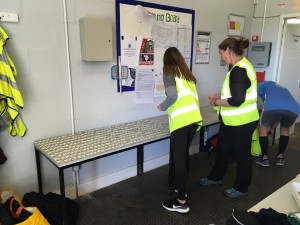 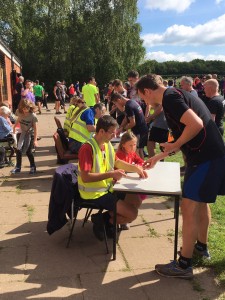 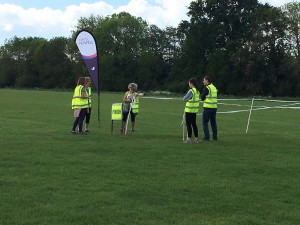