So, Leamington parkrun number 431 and what a one to remember! Friday night the plea went out from the core team to help us support the teaming with Warwickshire Pride with a cacophony of colour and what a support it was! 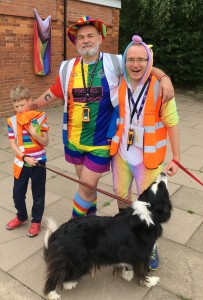 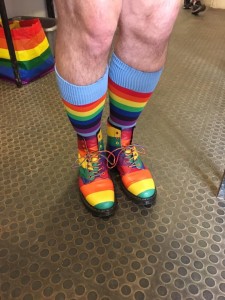 From the young to the old there was so much colour about it literally looked like somebody had raided the local paint shop, stolen a few dozen tins of paint and stood on the run directors table and thrown them all over. Quite the sight and really very moving to think that our small corner of England could show with such clarity that we whole-heartedly supported the teaming with Warwickshire Pride. Also a little thought-provoking that even in 2019 there still isn’t such full acceptance of everybody’s diversities that we still needed to make a point of it. However, make a point of it we truly did and thanks to all who embraced the challenge. 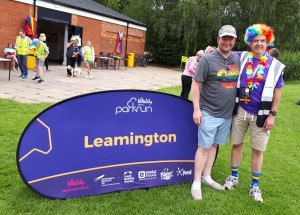 As I ran (ok stumbled, the heat was getting the better of me) around the course and saw the diversity of people who parkrun I am forever grateful how inclusive and tolerant the parkrun family are. We are neither judgemental nor scathing; the young, the old (I estimate the age gap between youngest and oldest was at least 69 years!) the quick, the slow (first finisher was over 3 times faster than the last finisher), the fit and the not-so fit, people from all walks of life, religions and races are all welcomed with open arms. I am so proud to be part of this family and saddened that Dan still needed to remind everybody how truly tolerant we have to become. On a happier note we were sent off by the ever marvellous Spa Brass, which is always a pleasure, although I suspect they might come more often because of the lovely Mrs Doyle’s cafe and cakes! 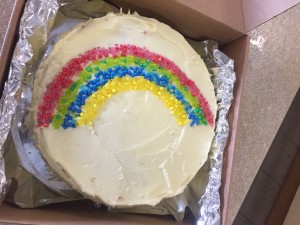 On to the milestones: Sharron Brady and Mark Reeve made this one their 50th parkrun 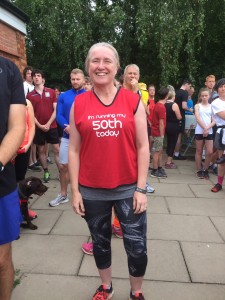 and brothers Tony and Chris McGovern completed their 200th, in the true spirit of brotherliness they crossed the line at the exact same time! 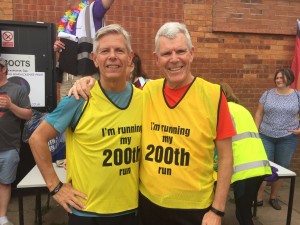 Sandrine completed her volunteer stint for the DoE and she will be much missed. Looking forward to some more new recruits to the volunteer team! 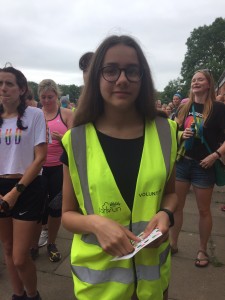 And here are the stats:

This week 652 people ran, jogged and walked the course, of whom 119 were first timers and 124 recorded new Personal Bests. Representatives of 51 different clubs took part.