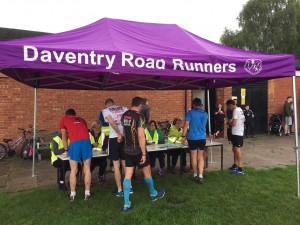 With the weather being unpredictable all week, it was a great treat to run the course without the rain pouring down or any significant wind. It was my first time ever running Leamington parkrun and I was happy to know that after the field start, the ground was much like my home parkrun Daventry albeit a little wet and muddy from the rain. I can’t say I felt the same when I saw the hill but who doesn’t love a challenge on a Saturday morning?! Well, this week apparently 493 runners, joggers and walkers loved the challenge, 76 of them were first timers and 37 recorded new Personal Bests. With representatives of 42 different clubs taking part.

Daventry Road Runners were out in force at Leamington parkrun this week to promote their 10k Race on Sunday September 22nd. You may have noticed the purple wigs on the photographer and the club chairman.

I wanted to give a special shout-out to one of the first timers this week Merryn who I ran with for the last 1.5km. Despite a stitch early on and being a junior who has never run 5k before, and saying she had no energy left at the end of a tough 5k, she found an impressive sprint for the finishing 100m and left me and her responsible adult fending very much for ourselves. 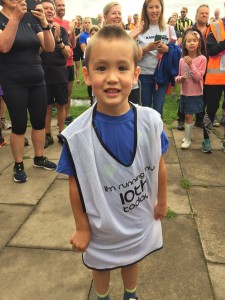 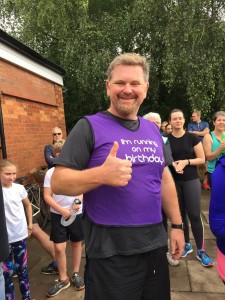 Another shout out to the milestone runners, we had Finlay, a junior runner who has now completed 10 parkruns, Alex BLOWER and Jane BRANSCOMBE who reached the big 50, Heather SIMS on an impressive 100, and Stuart GREENWAY who ran his Minty 300.  Although not a recognised milestone there was also Julian M BOON who has done a whopping 379 parkruns and this was his first at Leamington. Congratulations to everyone who took part this week though. The full results and a complete event history can be found on the Leamington parkrun Results Page. 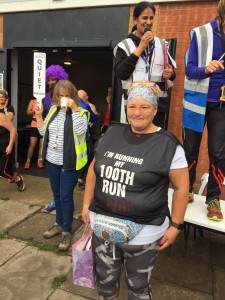 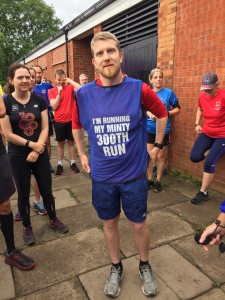 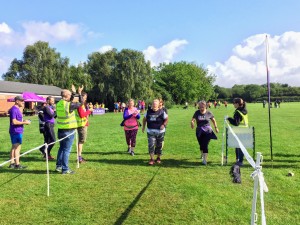 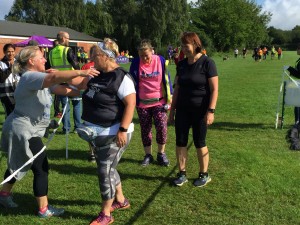