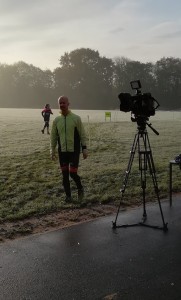 Having produced the run report twice already in the last month, I was panicking about what I could write about today. I need not have worried. We had visitors galore, starting with Nick Clitheroe from BBC Midlands Today. He was here with his cameraman to film a piece on ‘parkrun Practice’- the initiative set up by Clarendon Lodge Medical Practice called the CLMP Fitness Club. The practice is using ‘social prescribing’ to encourage patients to become more active, and is leading by example. Today, a large number of participants turned up for a run or just to support their colleagues and friends. One of our parkrunners was interviewed and lots of photos were taken. The report should be aired on TV sometime this week. Clarendon Lodge is not the only practice actively encouraging their patients to attend parkrun. A few weeks ago, we had a parkrun day where GPs and practice staff from all the medical practices in Leamington turned out to run the course and show their support. 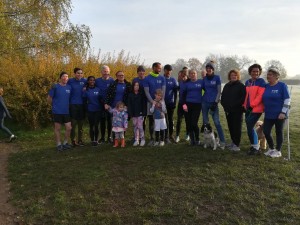 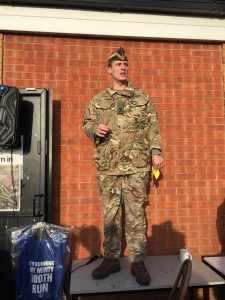 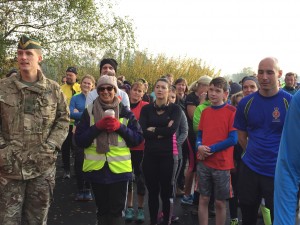 Next up was Major Matt Patterson with his colleague, Lance Corporal Tandy, of the local regiment, The Queen’s Royal Hussars. They had come to raise awareness of the charities that support the military, their families and the victims of war, as well as veterans, and which are particularly visible around Remembrance Day. Major Patterson gave an informative talk on where the money from charities is used. Many families have to cope for a large part of the year without their husbands, wives, fathers and mothers, who are on active service, leaving them requiring some practical help and support. Another group benefiting are the victims of war, for instance, children in war-torn countries attending schools provided by charities. Major Patterson then ran parkrun in his boots, whilst his more aerodynamic colleague was dressed for parkrun glory. Since he is not registered, I cannot tell you his position but anyone beating this example of military fitness should be proud! 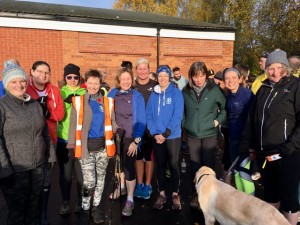 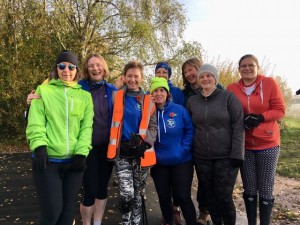 At the other end of the parkrun ‘conga’ today, was Maggie, tail-walking and completing her last parkrun with her own 2 feet! She will be having a below-knee amputation next Saturday, so it will be a while before she can join us again at parkrun with her new robot leg. She was especially pleased that she walked over the finish line with several members of her running group, Regency Runners. I know we will all be thinking of you and running for you next Saturday, Maggie, and hope to see you back with a ‘blade’ soon! 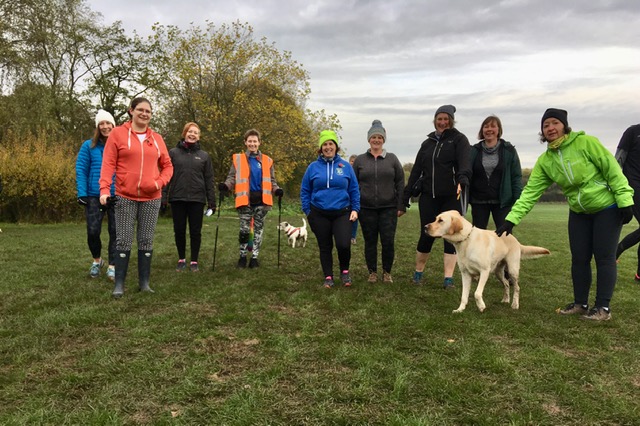 Well done to all those running a milestone today and to Kevin and the other parkrunner running on their birthday. I followed my run with a little token-sorting and had a fun time with Stephen and Trevor. I am only one volunteer slot away from the coveted purple t-shirt now. If you want to join me, please join the volunteer rota and put your name down. We only need you to volunteer 4 times a year to cover all the slots. It is a great way to feel part of the parkrun community and meet some lovely people. Can’t wait for my purple t-shirt.  See you next week! 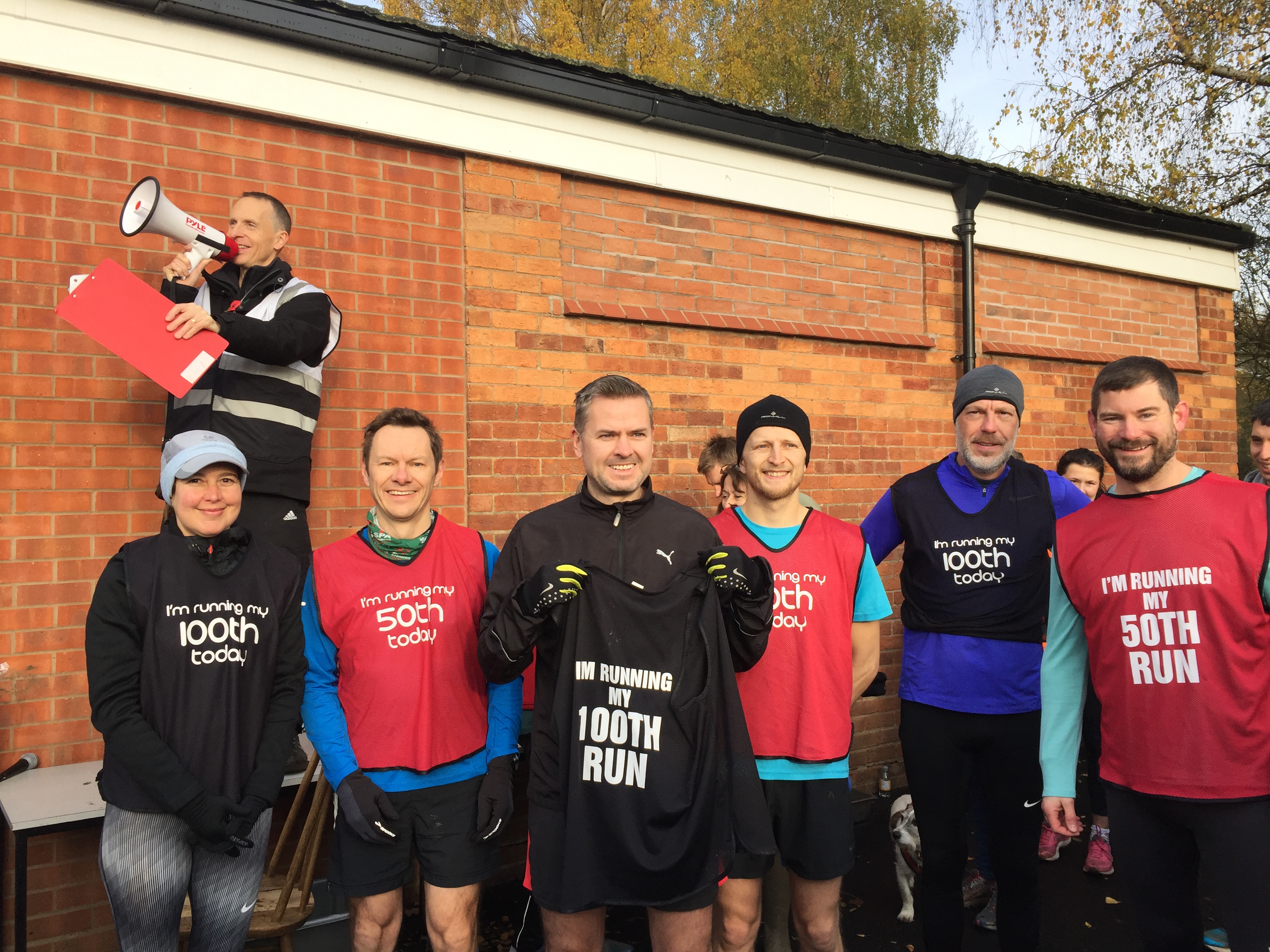 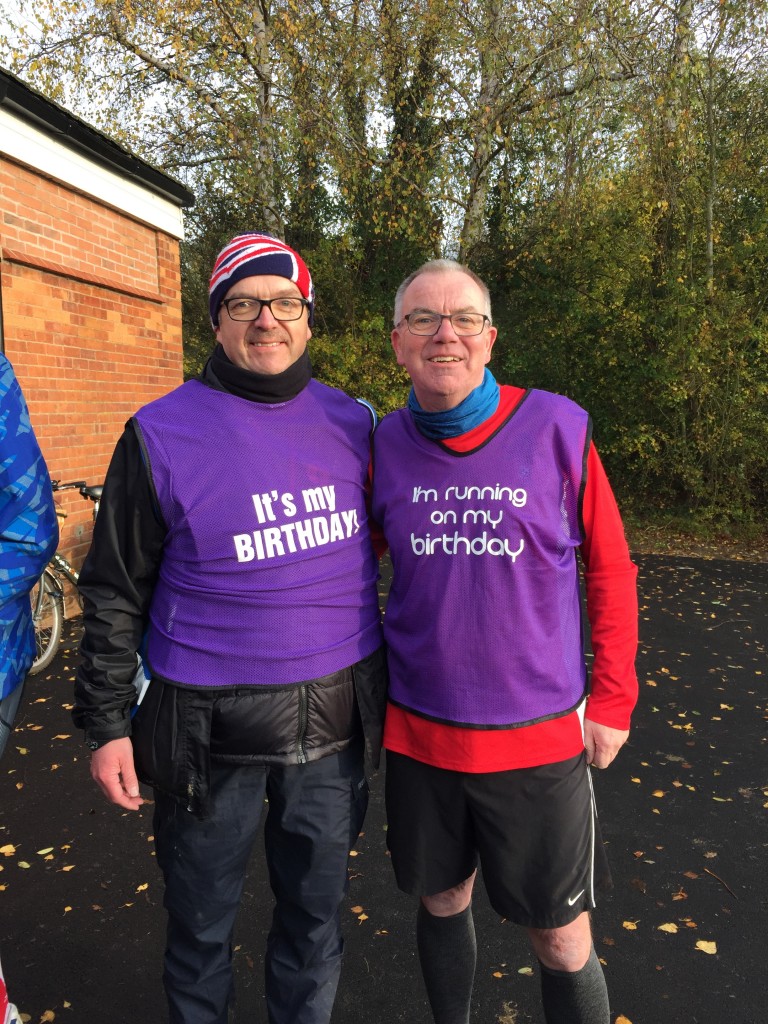 Here are this week's stats:

This week 471 people ran, jogged and walked the course, of whom 46 were first timers and 30 recorded new Personal Bests. Representatives of 40 different clubs took part.

The event was made possible by 47 volunteers: