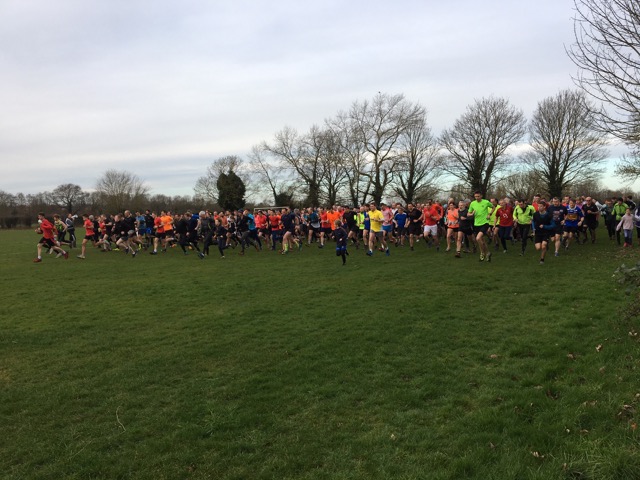 Congratulations to all who took part this week,  especially to those who were first timers and visitors. It seemed like a bigger crowd, 571 recorded participants, perhaps due to Warwick Racecourse parkrun being cancelled because of the racing today. 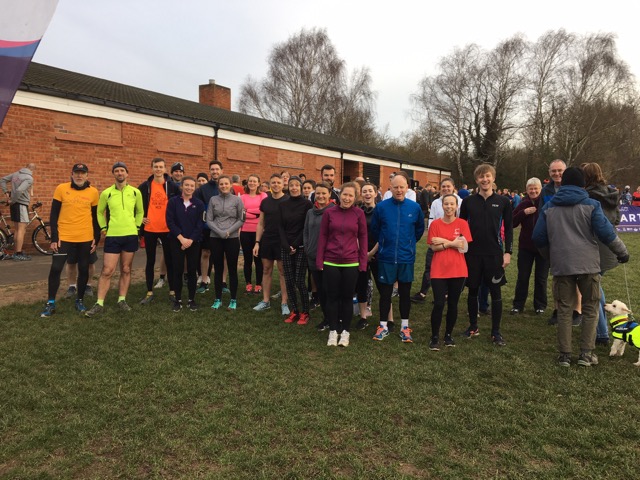 Even bigger congratulations to all who achieved milestones today. Isobel ran her 10th, Sue Bull ran her 200th and to all those who were running their 100th  well done – These are fantastic achievements. 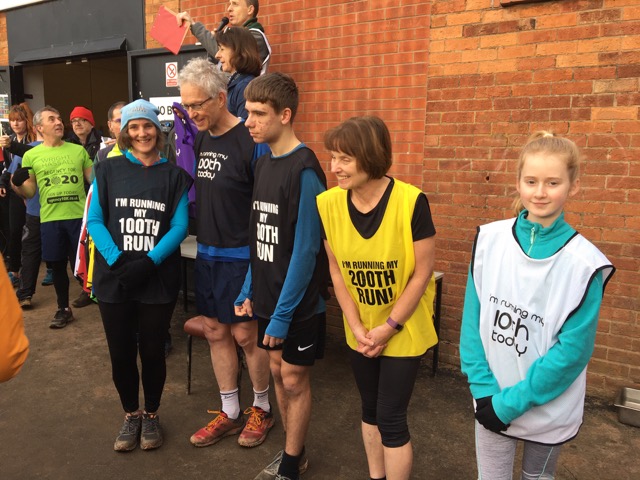 Today could have been tricky for us… One of my children felt very ill this morning, the other was taking her time to get ready, we’ve had a very busy week and it felt like this could be hard work for a Saturday morning. We decided that despite everything that was going on we all wanted to go to parkrun, although, some of us might watch rather than run. This was mainly so we could see our parkrun friends, especially Kiran who was celebrating her birthday this week. Happy birthday Kiran! 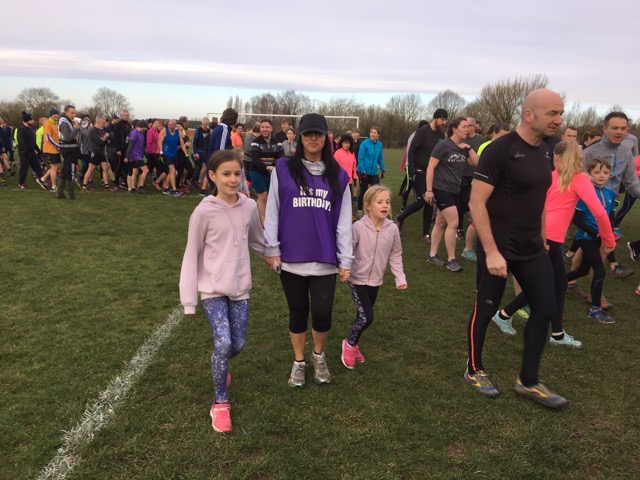 Every week I am glad that we make the effort. My apparently ill child instantly perked up and decided she was going to run once she had seen her friend. Chatting to another friend we noted how our kids were actively volunteering for cross country races at school as attending parkrun had given them the confidence that they could do it and a love for taking part in sport. Not something that was instilled in me as a child!

We had a leisurely run this week, stopping to chat with the farmer at the top of the hill about the new white chickens and also the new ducks in the next enclosure. We spotted a horse wearing what looked like a super hero mask chatting to some other horses. We sang a few lines of Let it go until we couldn’t remember the words so we gave up and started a small conga line instead. Thanks to our friend Jamie we had some maths questions on the way round which I’m sure are harder to answer when running but it is improving all of our times tables. Once we reached the doubling back part of the winter route we sprinted and each week it amazes me how fast my kids can go when they try. 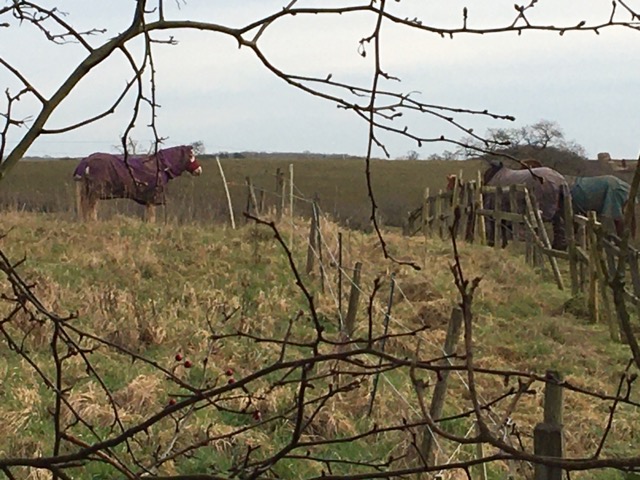 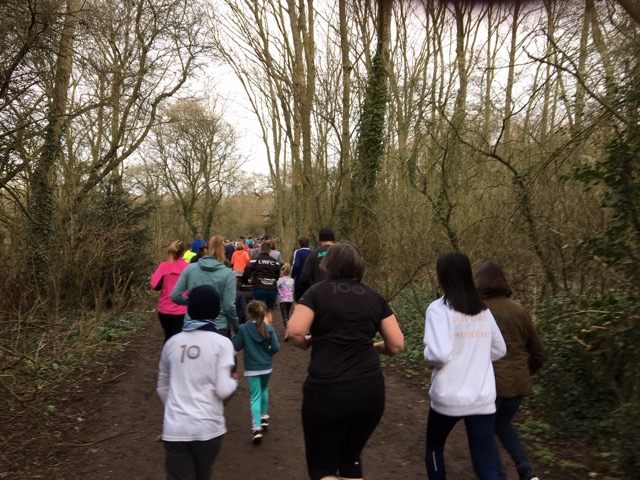 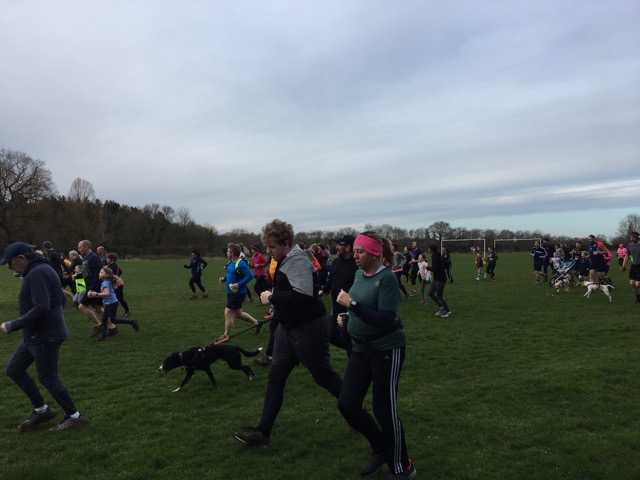 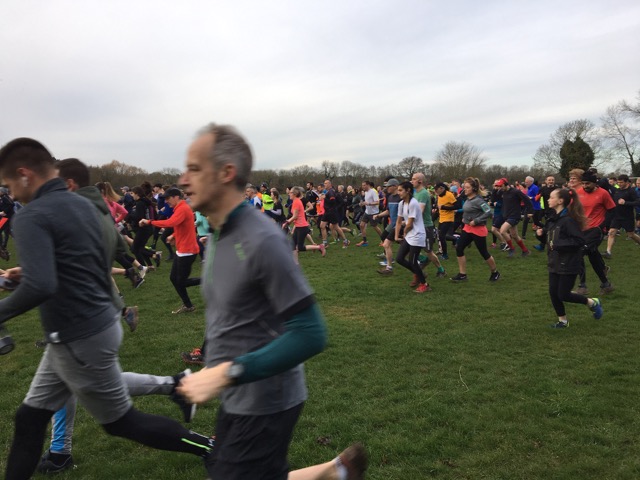 So from not being sure if we were even going to be able to run this week, we completed the course and we had a lovely time. It was great to hear during the briefing that there may be a parkrun starting in Kenilworth soon and if anyone wishes to volunteer to support this then contact leamington@parkrun.com. Congratulations to Lewis Roberts and Verity Thompson the first recorded male and female runners to finish, to all who achieved PB’s and congratulations to everyone who took part, particularly if, like me, your morning did not start well. Thank you to all the volunteers ho make park run happen every week and see you all next week. Here are this week’s stats:

This week 573 people ran, jogged and walked the course, of whom 61 were first timers and 83 recorded new Personal Bests. Representatives of 33 different clubs took part.

The event was made possible by 48 volunteers: