Three hundred and two people joined our special celebrity guest, Storm Dennis, this morning to complete one of the wetter, muddier parkruns of recent memory (which is saying something).

I’m not sure Storm Dennis actually arrived on time: it was possibly only his associates who joined us at the start line just in time to drop some relatively gentle rain on everyone, but he certainly passed me with some force (heading the wrong way) by the time I reached the back of the golf course, and then again down by the airfield.

Sadly, I understand he forgot his barcode, so his visit to Leamington will not be recorded. However, we did have multiple visitors this morning from Haywards Heath and Cardiff, amongst others. There was some debate about which is further from Leamington: our run director seemed to think it was Cardiff, but in fact it is…Haywards Heath (by around 18 miles as a parkrunner would travel – that’s 6 full parkrun distances for those who think in such terms). Cardiff is 105 miles from Newbold Comyn on foot, while Haywards Heath is 123. If you drive, of course, or go by train the distances vary and there may be more grounds for debate (and you will also probably arrive faster – unless all the transport infrastructure is being disrupted by our new friend.)

Having started to explore this topic, however, I couldn’t help noticing that today’s fastest runner, Steve Feltbower (17:55) had come from Falkirk, which is 312 miles from Leamington and thus renders the debate between Cardiff and Haywards Heath entirely academic…

The other notable feature of today was that we had no less than five people celebrating their 50th parkrun: Ben Tawney; Kersti O’Malley; Charlotte; Esther; Caroline Graham. This may be a record – according to those who know these things – and congratulations to all five. 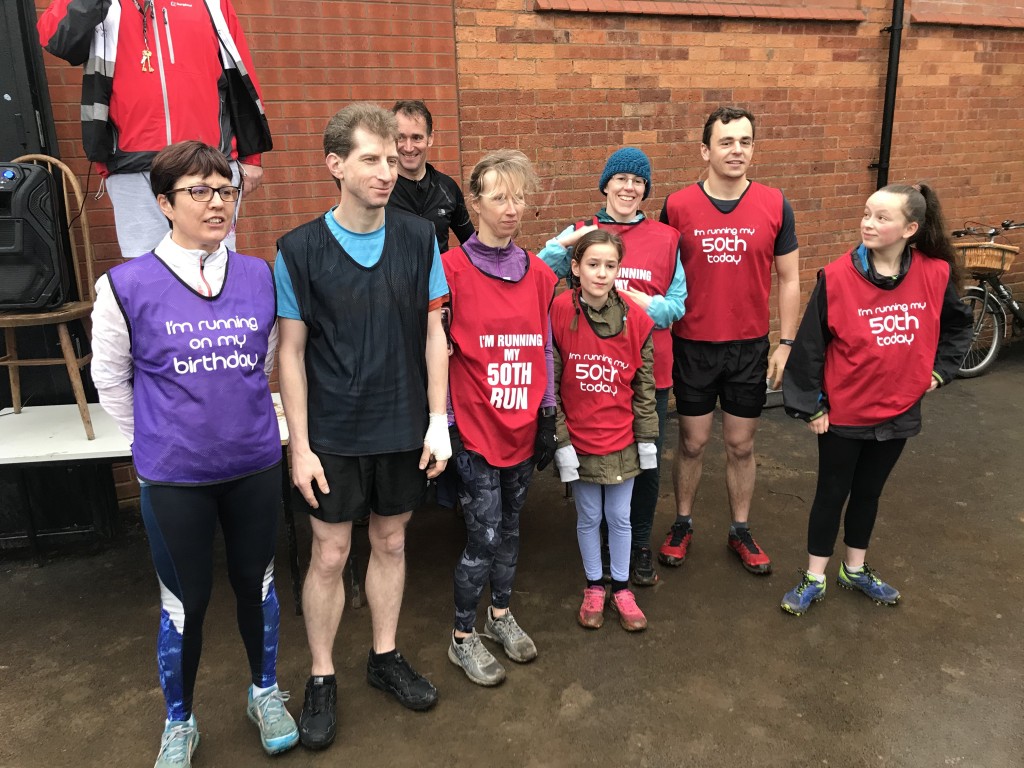 We also had one 100th milestone (Ben Bennion) and two birthday runners, one of whom, Kharaiti Ram Lekhi - not pictured - celebrated their 72nd with a slip'n'slide around the Comyn!

This week 302 people ran, jogged and walked the course, of whom 34 were first timers and 9 recorded new Personal Bests. Representatives of 25 different clubs took part.