Once upon a time, a long, long time ago the grassy and sometimes muddy sports pitch area of Braywick Park was flat and Maidenhead parkrun started and finished in the same place, with the start and finish being run along a nice firm path. (OK, so maybe it wasn’t that long ago, but it feels like forever.) Then, one day, a huge pile of earth appeared around about where parkrun used to start/finish and Table Mountain was born. A new plan was needed and the start line and first few hundred metres of the course were moved to the left. That move included rerouting along a much narrower path, which became very muddy in the winter months. The popularity of Maidenhead parkrun increased and congestion started to become a real problem. So, the Maidenhead Run Directors ate a lot of pizza and came up with a plan: after passing Table Mountain for runners to have the choice of either taking the usual course staying on the left or veering towards the right of the hedge and going out via the same path that is used to come back to the finish. By splitting the field, it was hoped that congestion would ease.

It was a tentative start with the front runners eyeing each other up, wondering which way would be quicker and when to commit. Video evidence shows the first through the split were from the original path on the left, but many of those who chose right were happy with their choice. The general consensus was that it was probably a bit longer, but as it was firmer underfoot that made it easier to run. Those who chose left felt it was less congested than usual; not bad considering there were 450 runners out today!

Now if Table Mountain feels like it has been a feature of Maidenhead parkrun forever, that pales into insignificance when compared with Malcolm’s Corner. Malcolm Moody has marshalled that particular corner on a staggering 250 occasions (out of the 258 parkrun events at Maidenhead) – a huge congratulations and thank you on behalf of everyone who has ever run at Maidenhead parkrun. 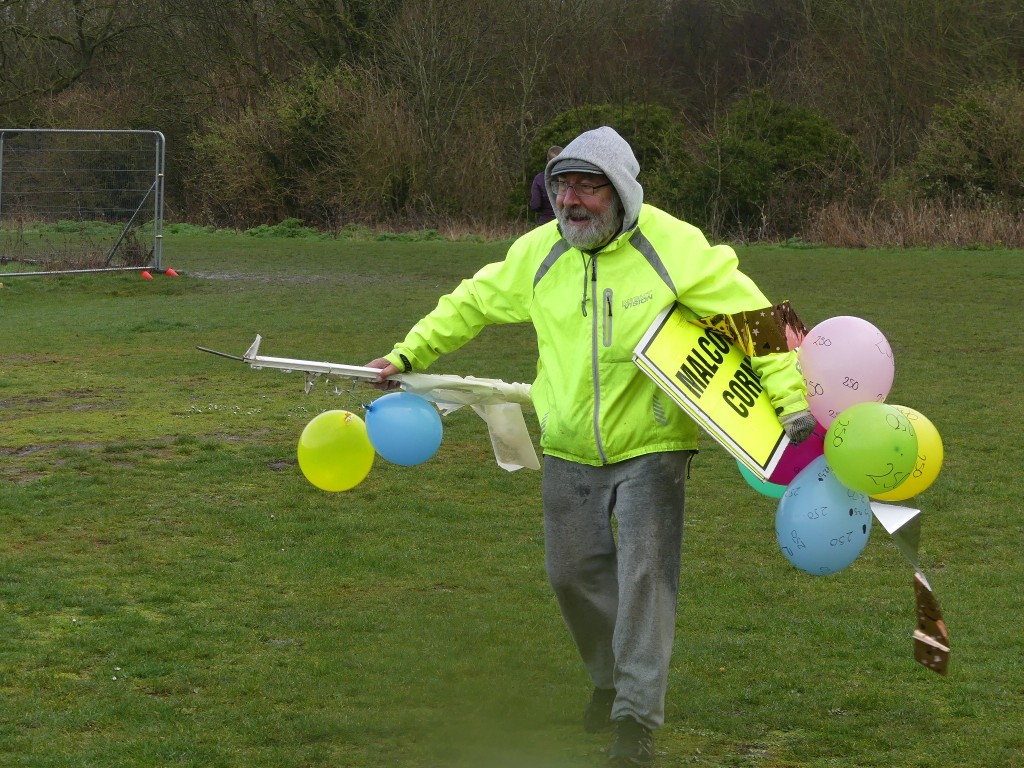 To mark the occasion, Malcolm was presented with a very special ‘Malcolm’s Corner’ cake and a slightly soggy card, thanks to the sudden downpours which appeared as a lot of runners were finishing. 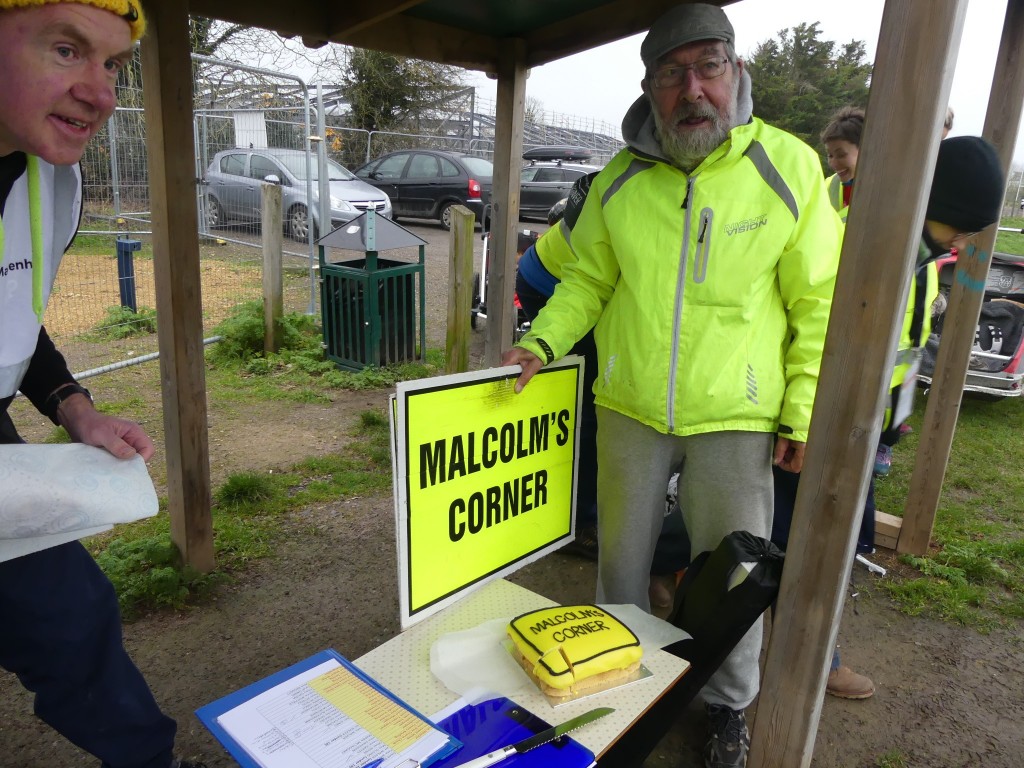 Maidenhead parkrun just wouldn’t happen without our volunteers, and it doesn’t matter if it’s you’re first time or your 250th, you’re still massively important in making it happen. If you’ve never volunteered before, give it a try, you might just like it enough to come back and do it again! 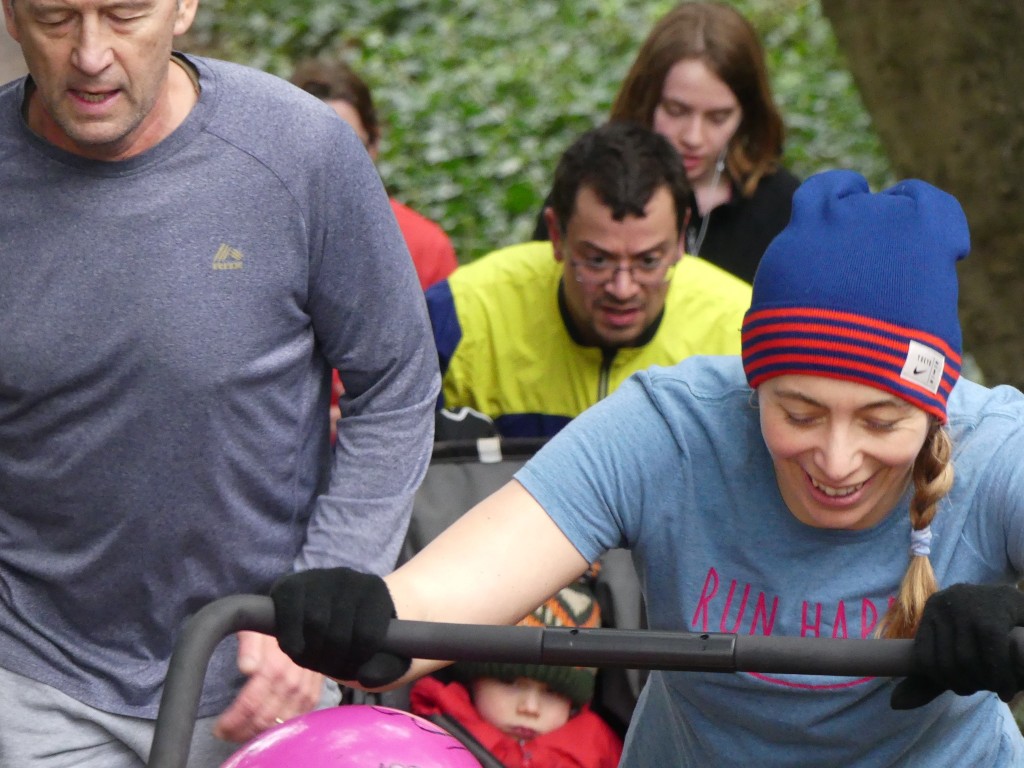 First across the line today was Tom Easten, who is starting to become a regular in the top spot, finishing in 18:14. First female finisher was Shona McCallin in a new PB of 21:23. Shona was one of 61 runners who recorded a PB today – congratulations to all of you.

There were 22 runners who came down to Braywick Park for their first ever parkrun. In addition, 38 tourists travelled from far and wide (and not so far) to Maidenhead for the first time. Welcome to all our new parkrunners and visitors, we hope you enjoyed it and come back soon.

This week 450 people ran, jogged and walked the course, of whom 60 were first timers and 61 recorded new Personal Bests. Representatives of 36 different clubs took part.

On Saturday 7 March 2020, the day before International Women’s Day, lots of parkruns around the world, including Maidenhead, will be hosting a female-focused parkrun celebration. #IWDparkrun will be supported by This Girl Can, a campaign created by parkrun partner Sport England.

So why not join in with the celebrations by bringing a female friend, colleague or family member and walk, jog, run or volunteer together!

There is always much excitement and anticipation leading up to pacer week at Maidenhead parkrun, which is now a regular fixture, scheduled to happen on the first Saturday of every even-numbered month. This week an astounding 477 parkrunners descended on Braywick Park, making it Maidenhead parkrun’s highest Saturday attendance to date, with one more runner than last week. Word is clearly getting out that Braywick Park is the place to be at 9am on a Saturday, and we had tourists from as far afield as South Africa – a big welcome to you and all our other new and returning tourists. We also had 16 people doing their very first parkrun – we hope you enjoyed it and come back soon.

This week, 14 pacing volunteers bravely stepped up to the plate, ready to help the rest of us achieve our goals, whether that was a PB, or like me just wanting to get under a particular time because it had been a while. Your superhero pacers (cape optional!) were: 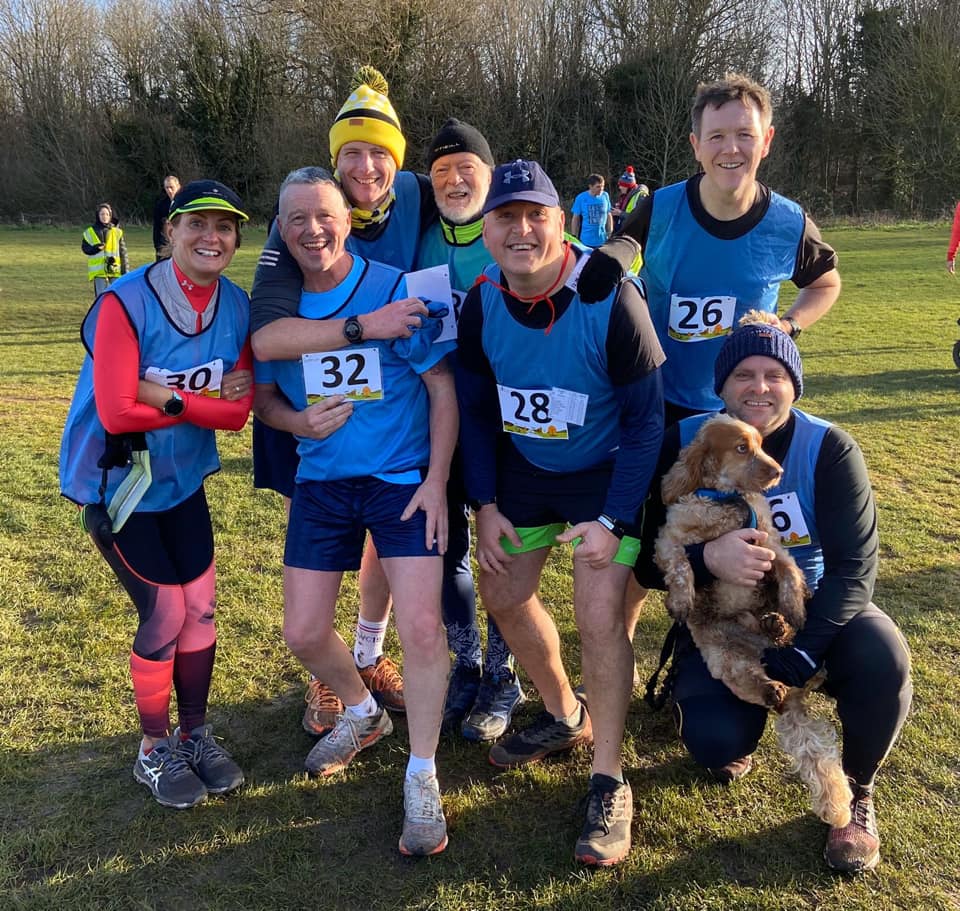 The pacers lined up in order at the Start and Run Director Ros then invited everyone to position themselves accordingly, the idea being that this would help with the bottleneck coming off the field and onto the narrow path. From what I heard this was a success, and of course it made it easier for people to find the pacer they were trying to stick with.

First across the line today was Liam Busby in 18:40, while first female was Lily Runnicles in 22:40. William Dart was the first junior home, in 19:46 which was a PB for him. There were an impressive 81 PBs achieved in total. Clearly a great job done by the pacers and I heard quite a few people at the end thanking their respective pacers, either for helping them to a PB or to achieve some other goal. For me it was all about getting under 24 minutes, which I haven’t managed for a few months, and thanks to Paul Sharp, I achieved this.

The celebratory atmosphere at the end was enhanced by cake to celebrate Anushka Howell’s 100th parkrun. Other milestones today were Andrew Jones (100), Jonathan Cavanna (50) and Ryan Sturgeon (Junior 10).

This week 477 people ran, jogged and walked the course, of whom 52 were first timers and 81 recorded new Personal Bests. Representatives of 28 different clubs took part. 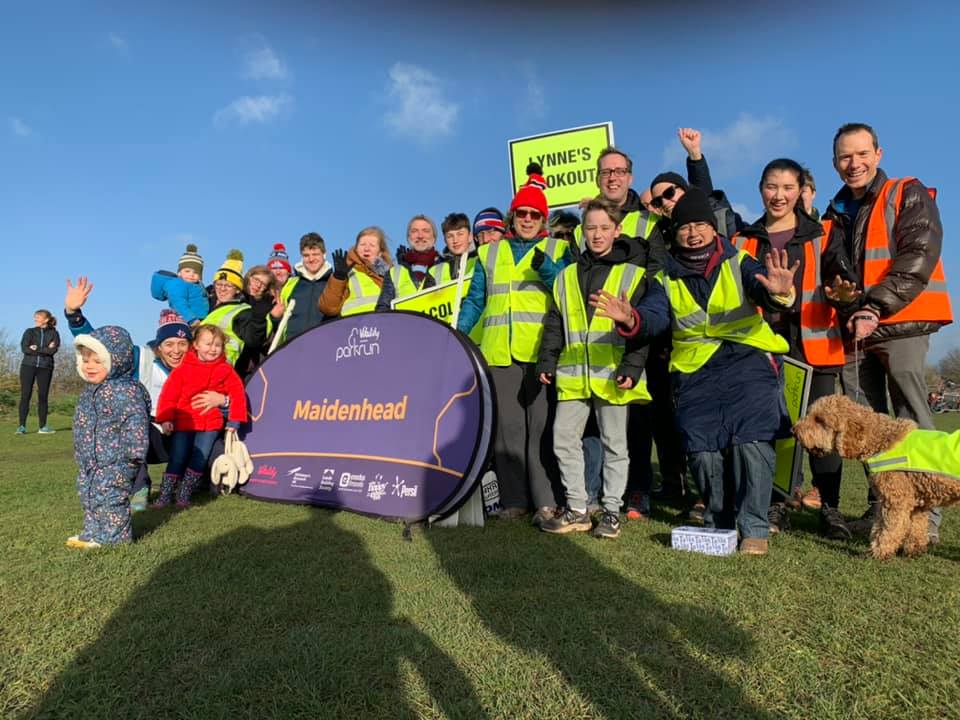 Many Thanks to Derek Philip-Xu for this week's run report and congratulations on your 50th run.

Maidenhead parkrunday number 254 saw 476 people descend on Braywick sports ground for the 5K run, walk, buggy-run and dog run around the nature reserve, the second highest number of parkrunners since New Year's Day, although it was Chinese New Year's Day (Xin nian hao!) Such a large number of people keeping up with their resolutions were ably and enthusiastically supported by our 27-strong team of volunteers.

Matthew Dennis was the fastest finisher with a time of 00:18:05 with Aly Vance returning as the fastest female finisher for the second time since New Year's Day. Her time was 00:20:35. Well done to you both. There were 22 people trying out Parkrun for the very first time so very well done to all of you and we look forward to seeing you at the Maidenhead parkrun regularly. Amelia Hutton and Siena Brancato both ran their 10th parkrun as juniors, with Amelia also getting a PB  Congratulations to you both. I ran my 50th parkrun at a nice and gentle pace. I had tried to have my birthday the previous Saturday coincide with my 50th parkrun but, a couple of months ago, I committed the ultimate parkrun boo-boo. I forgot my barcode. Don't forget your barcode! Finally, a massive 86 of you achieved PBs which is absolutely fantastic. Great work.

This week 476 people ran, jogged and walked the course, of whom 52 were first timers and 86 recorded new Personal Bests. Representatives of 36 different clubs took part. 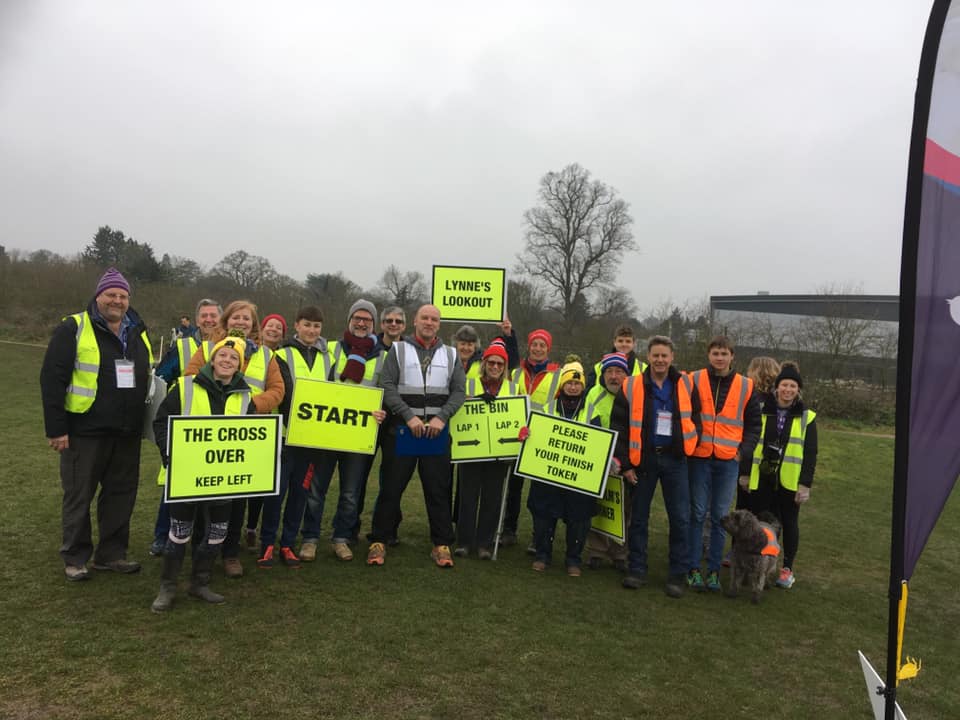 Hope you all have a great week and see you at the next Parkrun.
Tweet

With many thanks to our regular run report writer, Derek Philip-Xu, please find below a run down on last weekend's parkrun at Braywick Park.  Derek seems to enjoy volunteering as much as he likes his running; so far, he has completed 48 parkrun runs and he has also volunteered a fabulous 42 times!  Thanks Derek.

It was good to see 423 parkrunners at Braywick on Saturday despite the slightly windy weather. Apparently, January 19th is Quitter's Day, the day when New Year's resolutions go out the window. The 625 parkrunners on New Year's Day and the great turn out on Saturday just show that us parkrunners are here to stay (plus we've got photographic evidence from Chris's briefing!). Great to see so many of you out and about, 49 of whom were parkrun newbies. Welcome and we look forward to seeing you next time.

Tom Easten was first across the finish line for the second week in a row and in exactly the same finishing time of 00:18:41. Very consistent of you, Tom. Laura Thomas was hot on his heels as first female finisher and 4th overall in an excellent time of 00:19:06. Very well done to you both. Congratulations go to the 52 people who clearly managed to get ahead of the initial bottleneck to record personal bests. Nicely done. It’s good to try and get a quick start in so you can get a more consistent pace going.

And there were a few milestones as well. Rory Shaffrey recorded his 50th run with Mairead Hill and Chiara Dominte both hitting the 100 mark. Jon Kew made it to a very impressive 250 parkruns on Saturday. Well done to you all.

Finally, thanks as always to our excellent volunteers for encouraging us around the course and covering all the roles that need to be filled in order for us to put on a parkrun every week.  There are so many different roles and something to suit everyone.  This week, Jane, Gillian and Kate were able to carry out their volunteer roles whilst enjoying the nice, warm surroundings of the Stafferton Lodge and a cup of coffee. They very efficiently and neatly resorted all our finish tokens back into numerical order, so they will be ready to hand out to you next week.  Thanks ladies! 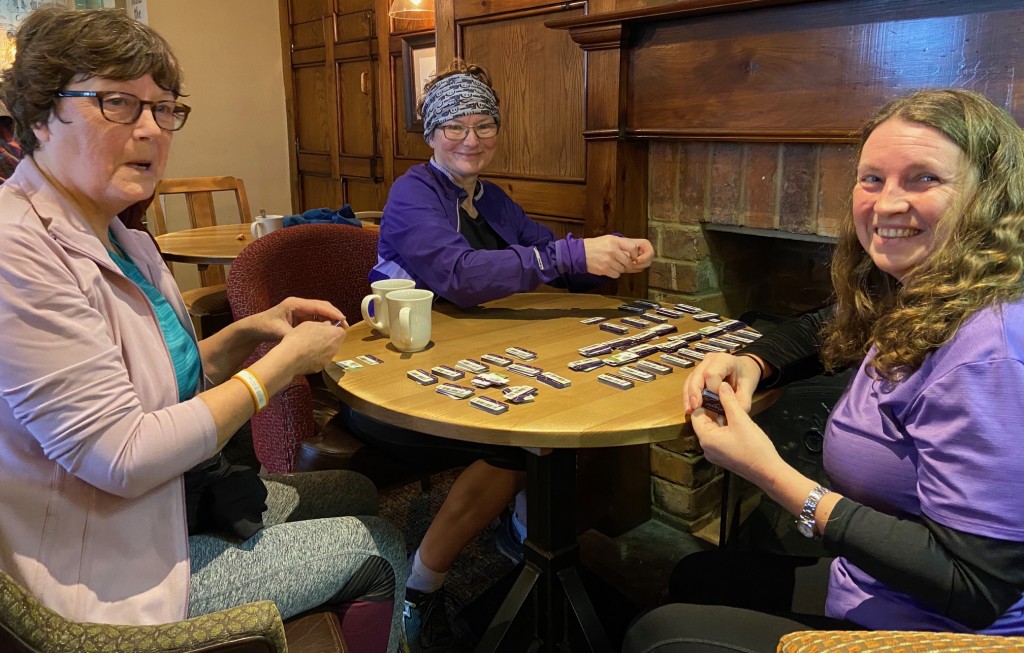 See you all at the next parkrun!