On a rainy July morning, 209 athletes descended on Prom Park for the long-waited return of parkrun due to the easing of lockdown restrictions. We owe a huge debt to all those involved in securing the restart particularly those at head office (including Tom Williams, Nick Pearson, Kirsty Woodbridge and Paul Sinton-Hewitt). The event team and volunteers at Maldon Prom also made every effort to ensure the restart went smoothly and deserve our gratitude.

After a difficult period of isolation I’m afraid to say I approached the return without my customary zest for parkrun. All of those doubts soon disappeared. The enthusiasm of volunteers, runners and walkers was inspiring around a rain-soaked Prom. Looping around the statue of Byrhtnoth (try spelling his name after a few drinks!), all was normal in parkrun world. The majestic views of the mudflats and salt marsh of the Blackwater Estuary and Northey Island were enjoyed. I was speed walking (as my alter ego Mike ‘The Shape’ Myers) rather than running due to a persistent knee injury obtained during lockdown. It can be lonely at the back of a parkrun but the comments from those lapping me and the volunteers provided the necessary motivation to keep going. Fortunately, my son Joseph didn’t lap me, falling short by around 100 metres!

It was good to see so many barkrunners (see postscript for Black Shuck!) in attendance along with a cheerful platoon from the Maldon Soul Runners, decked out in glorious red. Libby Watson (22:55) and William Radley (17:10, new PB) excelled as first finishers. Barbara Hammond and Mary Burns recorded their 150th parkrun. Richard Clarke receives the coveted 100 t-shirt. We were joined by 15 athletes new to parkrun which was lovely to see. This week, 206 athletes beat the speed walking poet (44:51), a sorry state of affairs for the waffling wordsmith on his way back from injury.

Although completely unrelated to Maldon Prom parkrun, a bizarre glow-worm walk occurred with my sister Vicky Quantrill at Sizewell parkrun on 17 July. After dark, we saw 6 glow-worms (a declining beetle) on the dunes along the parkrun route. However, the rest of the walk was like an M.R James ghost story involving a timid version of black shuck, the demon ghost dog of East Anglia. Seeing Shuck is meant to foreshadow an impending demise (but hey, let’s keep it light!). Walking past Sizewell B nuclear reactor we saw a silhouetted figure of a man on a gantry watching us, proper Hitchcock stuff! Then an eerie fog enveloped us on the dunes near Minsmere, before we were spooked by a silent black dog the size of a large collie standing behind us on our way back past Sizewell B. It was similarly surprised, made no sound and ran off towards Minsmere. Nothing too odd just a stray dog or so we thought. And it did not have Shuck’s glowing red eyes! Its appearance was accompanied by two loud whistles from someone nearby. I whistled afterwards to get the dog to return but it disappeared into bushes. The whistling person then ceased and we half expected him to run by and ask us where their dog had gone. But on checking the beach we were completely alone. No sign of anyone. Where the dog disappeared to, we’ll never know. And just who was the mysterious, unseen whistler?

Black Shuck is known from Maldon and the Dengie so late-night runners beware along those lanes and paths!!!

During lockdown, I’ve edited a new book with fellow running poet Elisabeth Sennitt-Clough, titled A Tussle of Clouds, which brings together running experiences from a wide range of parkrunners and other athletes. The book is available to buy from the publisher Stour Valley Press at https://www.shookbop.com/products/a-tussle-of-clouds

This week 209 people ran, jogged and walked the course, of whom 21 were first timers and 24 recorded new Personal Bests. Representatives of 27 different clubs took part.

Today's full results and a complete event history can be found on the Maldon Prom parkrun Results Page.

Well no times recorded for me for this Saturday, as I was Run Director at our test event at the Prom.
A small gathering of volunteers and runners attended the prom in preparation for next week.
As we now have a new start and finish we had to make sure that we could get everything set up in time, although we were unsure to start off with, we did manage to in the end.
It was actually quite stressful, we had people protesting about us and blockages en-route, but I am so pleased that we will all back again next week for our first parkrun proper in 72 weeks! Yes it really has been that long!
We have a new start and finish, part of the course is new as well, there's a new double finish funnel with two people handing out tokens (which some of us ran up seven times, just to test it out!) and a slightly different way of dealing with the scanning of finish tokens. There will be no stopwatches or barcode scanners, instead we will be embracing technology and we will be using apps on our phones. Apart from all that the rest of the course remains the same.
Please bear with us as it will take all of us a while to get used to the new way of doing things, for now at least.
A few tweaks to be made here and there ready for next Saturday, when I will be your Run Director proper, but it's great to be able to finally say
"See you all again Saturday!"
Alison 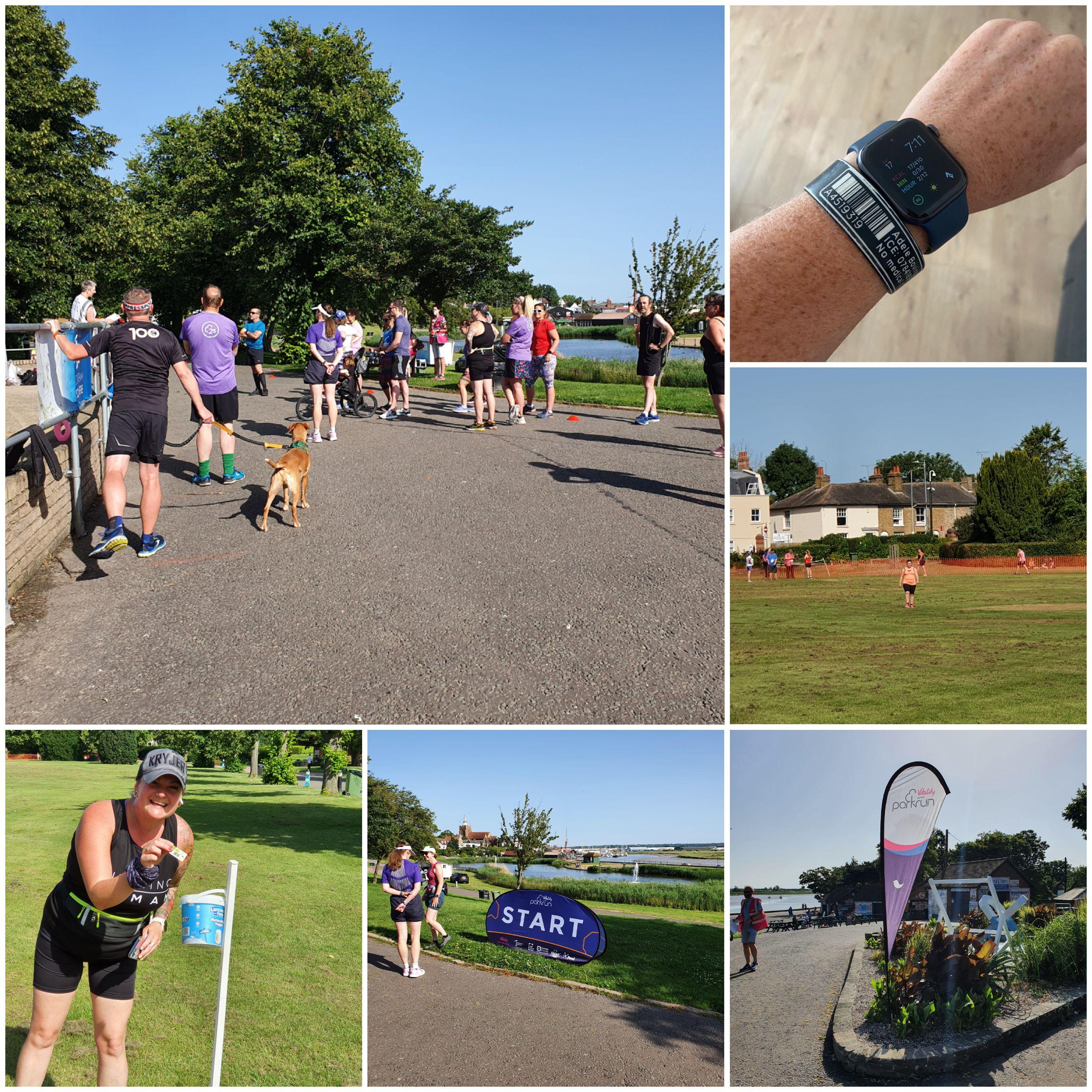 Here are your comments & photos on this week's virtual parkrun....

and a couple more pictures from NEAL BEAUMONT 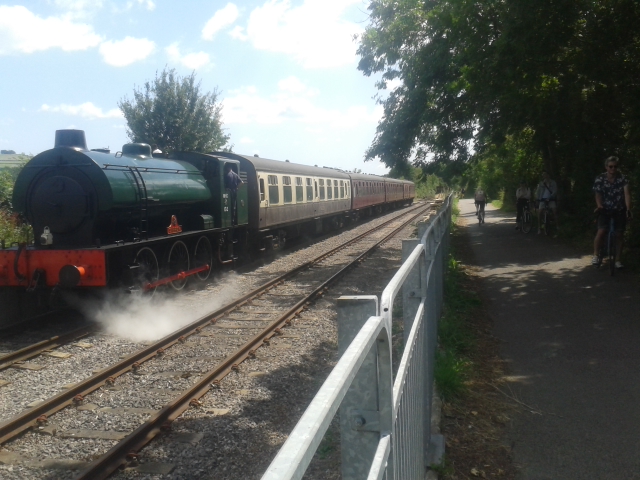 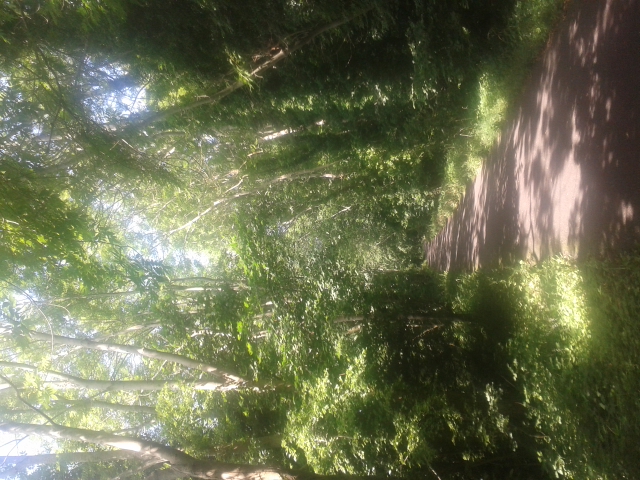 ...and here are the results.

Hope to see you all at the ACTUAL park next week

Run or walk 5km, any time, anywhere, this week.

Send us your results before midnight on Saturday and we'll publish a set of virtual parkrun results sometime on Sunday.

The link will be de-activated after the deadline. Once the results are up they won't be updated. So don't miss the deadline!

*Fingers crossed*. there's only one more virtual parkrun before we are all back at The Prom at 8.58am on 24th July for our briefing before for the first parkrun in 16 months! 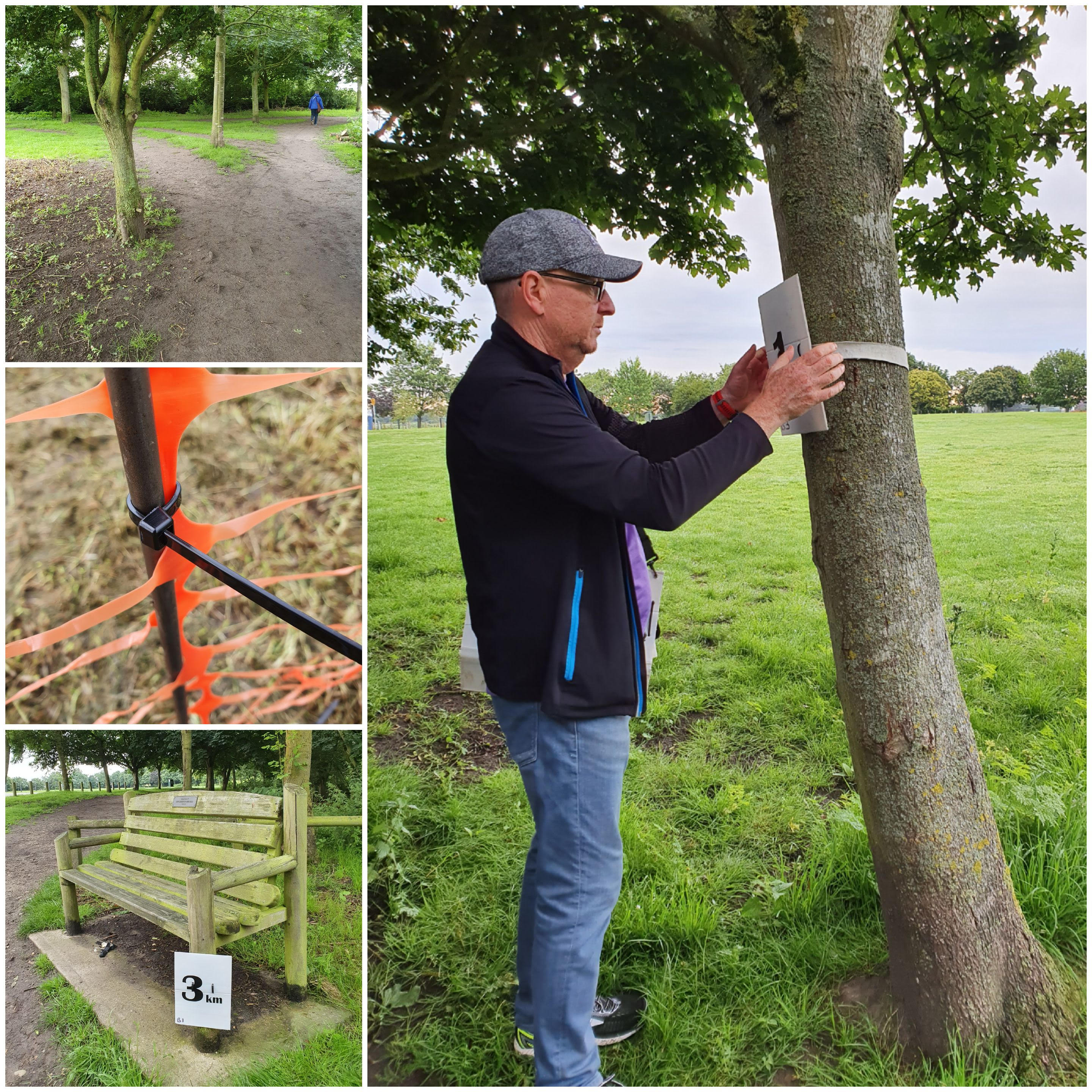 Gordon is so excited that he has been hugging every tree on our course (whilst he measures up for the new kilometre markings).

Here are the results from this week, no PB's unfortunately.

Run or walk 5km, any time, anywhere, this week.

Send us your results before midnight on Saturday and we'll publish a set of virtual parkrun results sometime on Sunday.

The link will be de-activated after the deadline. Once the results are up they won't be updated. So don't miss the deadline!