This report from our regular Gabi. You'll recognise her by her enthusiasm, her Nordic poles, and her witty retorts!

"This year marks 10 years I’ve lived with MS and I’m doing well. I had planned to do 4 sponsored parkruns to raise money for MS Trust, but the virus put a dampener on that plan. But not to be deterred I’ve completed 4 Freedom runs early on Saturday mornings. It’s a beautiful time of day, and being on my own (no headphones for a solo runner at that time of day) I was able to enjoy the scenery and very busy wildlife. Which reminds me of a song, 2, 3, 4

We all miss Maldon Prom parkrun
We all miss parkrun at The Prom
We’re in it together, seems locked down forever
But will soon be united to - gether - as - one

I’m not asking for sponsorship, parkrun has rules on this, but wanted to share with you the joy it’s been.

Get the Oklahoma classic on Spotify  and sing along with me early on Saturday mornings, it’s great fun.
Gabi Boland" 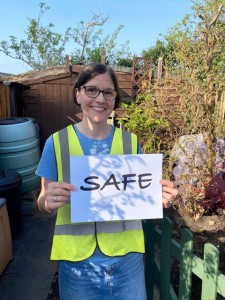 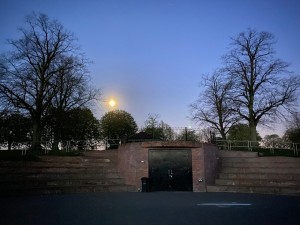 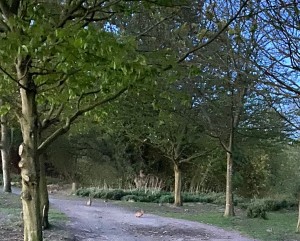 I'm sure there's no-one out there who isn't aware of what's going on in the world as a result of corona virus COVID-19.

In essence, at the moment, all parkrun events worldwide are cancelled for the rest of March at least.

We will post updates here and on Facebook and Twitter with regard to our own event here at Maldon Prom but the latest official update from parkrun HQ can be found here at any time.

From all your core team, keeeeeep running!

Today’s park run was even more poignant as Maldon parkrun lost a runner last week, Jeff Brown. Many of you will have known Jeff as he ran all 81 of his park runs at Maldon. Our thoughts are with all of Jeff’s family and friends at this difficult time.

It was a rather warm one today compared to the frosty mornings we’ve been greeted with during the week. A total of 363 runners took part in today’s 3.10 mile run. It was also great to see some new faces at the intro briefing.

It was pretty perfect conditions throughout the course, except for the forest, which was a little muddy but it makes it more fun. For me personally it was a pacing run, I joined a friend who runs faster than me to pace me at 10:30 min miles, as we went round Jayne said “by the way that lady just there is 75 years old!” It certainly goes to show that park run is for everybody. Your only limit is yourself. I guess that’s a reminder to all of us that run. It should be fun and enjoyable but from time to time it’s great to push yourself to see what you’re capable of.

Leila
on behalf of

Today's full results and a complete event history can be found on the Maldon Prom parkrun Results Page.

Are you a frequent parkrunner, or does your barcode regularly fail to scan or you're having problems with your printer? You should consider getting some ERS Barcodes.
Make our scanners lives easier and be the envy of all of your parkrun friends!

There are lots of large puddles in the park and the possibility of more rain tonight. The water levels are already high. This means that there is a risk that we may need to cancel tomorrow's event. Many other local events have already cancelled for the same reason.

Please check our Facebook & Twitter accounts tomorrow morning for the very latest information as the team arrive in the park to set up. This page will be updated too but it won't send you an alert like social media does.

We don't enjoy cancelling but we want to keep you safe and protect the park for future use.

During the weekend of 11 October to 13 October, parkrun HQ will be visiting Essex. On Saturday 12 October, at 2pm, the team intend to run, walk or jog Maldon Prom parkrun as a freedom run and then have a coffee afterwards. Everyone is welcome to join in and meet the team for a chat. We look forward to seeing you there!

17th August - cancelled
Just a reminder that we are cancelled on 17th August due to the Smoke and Fire festival being held in the park. There are lots of other other parkruns for you to visit, what's your NENDY (nearest event not done yet)?

Always check their homepage to make sure the event is going ahead, no point in a wasted journey and no parkrun

31st August - anniversary
Also, 31st August is our 6th anniversary, woohoo!! Cake and fancy dress are always a good combo at a parkrun so why not shake out that apron and dust off those costumes. If you need some inspiration, also sharing our special day are Roman Emperor Caligula; Roy Castle (of Record Breakers fame); and actor, Richard Gere; among many others....and apparently it's national 'eat outside day' so why not bring a picnic breakfast or visit our friend Brian at the lakeside cafet and get to know some of your fellow parkrunners over a homemade sausage roll or a cream tea, you've earned it after all!

Whatever you decide to do I hope you enjoy helping us to celebrate 6 years of parkrunning in Maldon. I'm so disappointed, I'll be thinking of you but this is the first anniversary I'll miss

Maldon Carnival's 'Party at the Prom' will take place on Saturday 21st July this year.

Their stallholders will occupy the area around the lake and they will require vehicle access to set up at the time we're normally running.

We have assessed the situation and have concluded that it would be safest for us to cancel our parkrun event that day to avoid any risks of runners and vehicles clashing.

There are lots of other Essex parkun events you could try that day, our homepage shows the 10 nearest ones. Why not give one a try?

No doubt you won't be surprised to hear that we've decided to cancel tomorrow's event due to the weather.

The paths in the park are covered in snow and ice and there's more sleet and snow forecast to fall today and tonight. Some of the team have walked/run the route this morning and advise it's very dangerous.

We do hope you understand and support our decision. Many of our local events are cancelled this weekend for the same reasons so if you're thinking of trying a different event please do check their website before making the journey.

Please share this news with any of your friends and family who might otherwise be planning to run.

You may remember, back in October, to celebrate parkrun's 13th anniversary back in October, we organised a collection of food for our local food pantry, co-ordinated by the Elim Church in Maldon. Those of you who braved yesterday's frosty run will know that we're going to do it again for the festive season.

So next Saturday, 16th December, we'd really like lots of you to bring in something from the list below to go towards some special festive hampers for our local community. The items are:-

...or see their official webpage.

Please bring along your items at the start of the event and we'll fill our kit trolley for a photo opportunity before delivering to the food pantry.

Your donations will be greatly appreciated.
Thank you.

Your core event team met recently to discuss various updates and news in the parkrun world. We try to do this a few times a year to ensure we're all up to speed but often life gets in the way and this was the first time we'd got together in a while.

As well as all the routine stuff that Bob and myself needed to share, Simon also announced his decision to step down from the core team. Simon is a busy bee, he's involved in numerous other community and social groups and, having been voted chair of one of those, he has reluctantly decided that his commitment to parkrun is the one that has to be forfeit.

I remember one of Simon's very early runs, where I was pleading for more volunteers to come forward. At that time he was completely new to running. He told me that as soon as he managed to finish in under 30 minutes he would volunteer and, true to his word, just a few weeks later he did. Very soon after that we were recruiting for a new member of the core team and Simon, having just stepped down as chair of another group, barely hesitated to volunteer. I distinctly remember his wife, Lorraine, standing just behind him with an expression that appeared to be saying, "oh no, here we go again"!

Here we are, 3 years later, both Simon and Lorraine have over 200 parkruns between them, are both members of Tiptree Road Runners and take part in numerous races, both fun runs and races.

Simon has a couple more stints as Run Director coming up and he'll still be a regular runner at Maldon Prom parkrun.

On behalf of the rest of the core team, and Maldon Prom parkrun, I'd like to thank Simon for his valuable contribution and wish him well with his latest, beer related, venture!

Of course, this means we'll be recruiting for the core team and we'd like to take the opportunity to review the structure of the team and consider introducing some new roles. To date the core team have all acted as Run Directors however we're coming to the conclusion that there are a few key roles which would benefit from being carried out by regular volunteers who are equally as passionate about our event but perhaps don't want to take full responsibility for an event on the day as a Run Director. This should mean that we can run a slicker operation without increasing the commitment for the Run Directors.

So, if you'd like to become more involved with your event, as a Run Director or another key member of the core team, please come along and have a chat. Any of the team can tell you about being a Run Director, if you're interested in the other, new roles, please talk to either myself or Bob as they're still in development and maybe you have the secret!