Having been fans of the Forest of Dean in general and having run various races and other neighbouring parkruns there before, as soon as Mallards Pike came up we knew we would have to go visit soon.

Our first opportunity was actually the inaugural; however we didn’t really consider ourselves “local enough” to Gatecrash on the first event. We then planned to visit on the 4th Jan however I was down as RD at Curly Wurly (aka Somerdale Pavilion), although it had been cancelled the three preceding weeks (who knew flood plains flooded?) so we tentatively planned to come visit when we inevitably cancelled again but lo and behold the water literally disappeared and Curly Wurly was back on. Fast forward to the 18th and this has been planned since the 4th; nothing was stopping us this time! However….. An unmovable appointment meant we needed to be back in Bristol by 11. There was no way we were missing out again so we would just have to make it work.

We left Bristol just after 7 to allow for picking people up and getting lost (always happens with us) and then travelled the 33 miles across the bridge and up into the Forest. The sunrise was beautiful and the frost on the ground made everything look so magical. 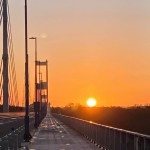 Parking at the lake was plentiful and easy to find – the core team were friendly and welcoming, we had a mooch around as we were there so ridiculously early…..can’t believe we didn’t get lost, although am grateful really as 5 adults in a Citroen C3 was quite a squeeze.

Having read the course description, I was fully prepared for a single lap course – only the second one I have ever done in 4 years of parkrunning. Also having recently come back into running was planning to have a lovely plod round the route. Was surprised as how hard I was finding it – wasn’t sure if it was the cold, or the fact that we seemed to be going uphill for a lot longer than I had anticipated. The marshals were fantastic – one even pointing out the best places to take photos. Then once my legs had warmed up I started to feel great – this running was getting much easier…… at the time hadn’t realised the last mile was literally downhill but it was fantastic. Running back to the finish in the glorious sun was lovely. 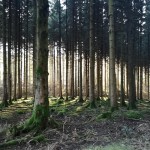 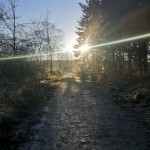 Unfortunately we did have to shoot off straight after but next time will stay and visit the café but literally the second we all left we were all raving about the course and location etc – we have now amassed a much bigger group for the return. It really does have everything and is now firmly at the top of my favourite parkrun list.

Thanks for having us – until next time 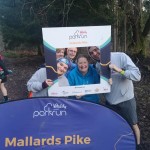 This week 176 people ran, jogged and walked the course, of whom 84 were first timers and 36 recorded new Personal Bests. Representatives of 30 different clubs took part.

Today's full results and a complete event history can be found on the Mallards Pike parkrun Results Page.

Mallards Pike parkrun started on 31st August 2019. Since then 1,290 participants have completed 2,026 parkruns covering a total distance of 10,130 km, including 270 new Personal Bests. A total of 123 individuals have volunteered 306 times.