Wow, wow and WOW! What a parkrun that was.
As RD Sara would say, “AMAZING!” 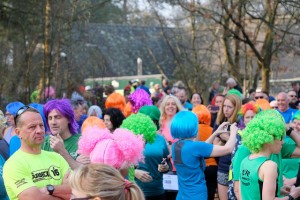 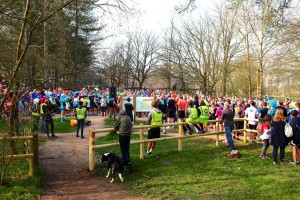 Just over two weeks ago we heard the sad news that Glenys Waters had lost her fight against ovarian cancer, despite her determination to make it to 250 parkruns. She had completed 247. Readers of last week’s run report will know that just two days later we heard that another valued member of our community, Stewart Waldridge, had died suddenly. Our hearts were just a little bit broken. All of us on the core team send our love and best wishes to both families.

This Saturday would have been Glenys’ 250th parkrun. It was also her husband Cliff’s 250th parkrun and her daughter Alison’s 75th. So we asked you all to celebrate in true Glenys style by donning your bestest, brightest wigs and you certainly didn’t disappoint! I even spotted a dog in a wig (yes, Molly-dog Davis, I know that was you!) 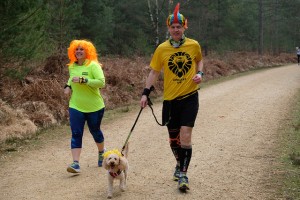 I had the privilege of running with Cliff and with Stewart’s widow, Christine. It was lovely to see the support they shared with each other and the amount of love and support that was shown to them as they made their way round the course was just overwhelming. I have never felt so proud to be part of such a wonderful, caring community. 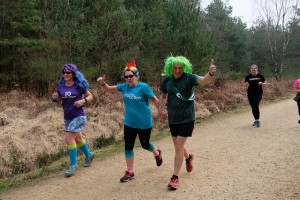 The sight of all those brightly dressed runners making their way up the hill in the first kilometre hinted that today was a busy one. The course was busy all the way round and at times it was hard to stay together. There were high-5s for Cliff all the way up and down the out-and-back. The crowds clearly didn’t cause too many problems though, since 124 people came away with a shiny new PB.

We were expecting a good turnout, not least because we knew a good number of Cliff and Glenys’ friends from Peterborough were visiting. We thought we might break our attendance record of 580, or at least get close to it. We really didn’t expect 656 runners! We almost ran out of finish tokens. The finish funnel wasn’t long enough to cope with the numbers, despite being longer than usual, so our new friends from Peterborough helped out by creating a human finish funnel to keep people moving (thank you, you were awesome). 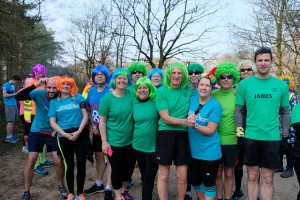 In fact, all of this week’s volunteers deserve a special thanks. The volume of runners certainly made it a challenging week, especially for those at the finish area, so a huge thanks to all the timekeepers, token people, scanners, funnel managers (including Stewart & Christine’s daughter Hayley), marshals, photographers and to everyone that pitched in to help. And well done to RD Sara for keeping calm amid the chaos, and to Ellie for making sense of the results. 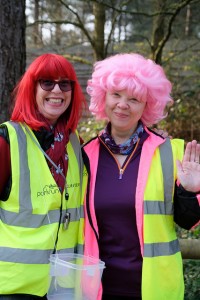 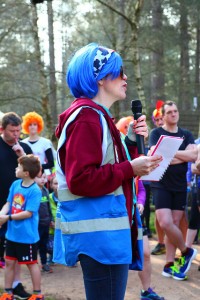 And finally... the parkrun poet, Tim Gardiner, sent us these words.

First Female
so many colours
in the rainbow...
drifting between runners
the first female finisher
a most gentle
blue butterfly
For Glenys
Tweet
Previous ⇒
⇐ Next