On a glorious, sunny morning, 650 people ran, jogged, and walked the hallowed 3.1 miles;the third largest parkrun at Moors Valley. Despite it being a forest moon, no fancy dress Ewoks were sighted, although a wonderful runner dressed as a dog was raising money for Children with Cancer UK. In the shade of the totem pole, Glyn Davies and David Pitcaithley,celebrated their 50 Club milestone. 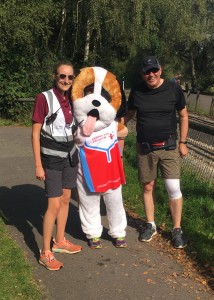 Arthur Conan Doyle’s novel set in the New Forest ‘The White Company’ sprang to mind,with ‘The great PB bell of Beaulieu’ (the opening line of this classic work) ringing for 95 athletes, congratulations to all! There were an incredible 127 first-timers to Moors Valley, the ranks undoubtedly swelled by those on holiday, including two Good Gymers from Essex:James Taverner and Dr. Ella Jeffries (third female with a rollicking 21:06).

There were plenty of Ewoks (U11s) present; the top male was Max Sievey (25:12), winner of the Wicket Award. My son, Joseph Gardiner, was unable to stay on target and finished second (25:52) out of 11 male U11s. The first female Ewok (out of 7) was the wonderfully named Betsy (Tink) North (25:22), who enjoyed a stonking duel with Eva Winton (25:23) to clinch the Wokling Award. The future of distance running is in safe hands.

In the weekly contest, 218 athletes beat the poet (26:14), the ailing author finding the early pace too much to handle. Twelve runners from Kingston Lacy Running Club had a good morning, joined by a multitude of Lonely Goats and Verwood Runners. It was wonderful to see so many people at Moors Valley, a clear sign of the increasing popularity of the parkrun, my personal favourite out of the 40 different events I’ve run in the last year.

The New Forest is one of the best places in the country for wildlife. Frequent trips to the New Forest have coincided with visits to Moors Valley parkrun. Alongside the high-viz heroes are the crickets singing as runners pass. The top mini-marshals are:

This Nationally Scarce insect is a familiar sound of a New Forest summer as anyone who has spent any time walking or cycling will tell you. It’s found at Moors Valley so listen out for its distinctive trilling song from the trees when running.

Another Nationally Scarce bug found at Moors Valley in Ebblake Bog among the Sundews and Sphagnum Moss. The parkrun route skirts the southern edge of the bog just after the 2 mile switchback. How many parkruns can claim to have two scarce species cheering on the
runners? 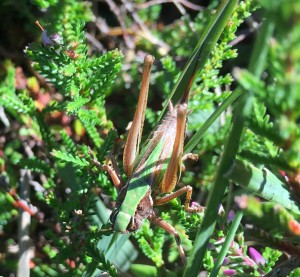 As the parkrun winds its way towards the finish funnel around the lake, you will hear thecontinuous buzzing song of the beautiful Roesel’s Bush-cricket. This species is spreading quickly in response to climate change, and will be inspiring runners for many summers to
come. 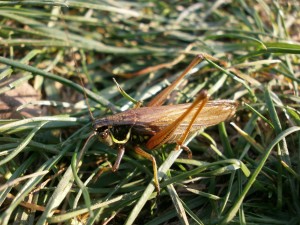 A big thank you to the 32 human volunteers who made the run possible:

This week 650 people ran, jogged and walked the course, of whom 128 were first timers and 95 recorded new Personal Bests. Representatives of 63 different clubs took part.

Today's full results and a complete event history can be found on the Moors Valley parkrun Results Page.