The new partnership, which was launched at Sheffield Hallam parkrun on Saturday 10 September, will enable academics at the Advanced Wellbeing Research Centre (AWRC) to look at how the free running events are impacting on health outcomes and conduct research into the nation's physical activity levels.

Chief Operating Officer for parkrun Tom Williams said: "This partnership will provide an exciting opportunity for us to support research into exercise, wellbeing and social cohesion, which fits with our vision of creating a healthier and happier planet.

"As the world's largest community of runners and volunteers we have a unique ability to support researchers in understanding how behaviour impacts health and wellbeing."

Largely on the site of the former Don Valley Stadium in Attercliffe, Sheffield, the OLP will be home to range of world-class sports and exercise facilities, giving members of the public the chance to improve their health and wellbeing alongside elite athletes and sports men and women.

The OLP site will be landscaped to include a 1k running loop that will allow for a junior parkrun to be established.

Professor Steve Haake, director of the AWRC, said: "This is a huge step towards our vision of developing the most advanced research and development centre for physical activity in the world.

"parkrun is an internationally renowned organisation that hosts almost 1,000 runs per week across the world. Their aims mirror ours in that they want to make it as easy as possible for people to be physically active and help them to live better for longer."

parkrun is the third organisation to sign up to be a major partner of the AWRC after Toshiba and Westfield Health provided £3million of cutting edge equipment and research funding.

The AWRC is set to become the most advanced research and development centre for physical activity in the world, creating 'innovations that help people move' in sport, health-care, physical activity and leisure and will work with the private sector to design new products and services from initial concept all the way through to market.

A short video of the launch event featuring interviews with Tom Williams and Steve Haake is available here. 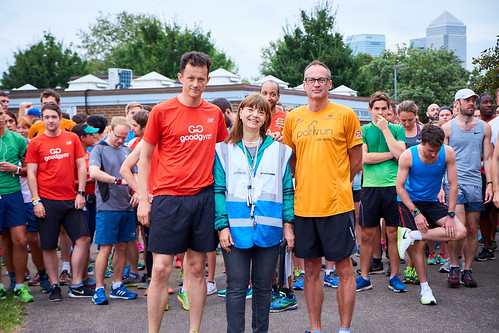 parkrun and GoodGym, two of the UK’s biggest providers of free, organised physical activity and volunteering have joined forces in an exciting new partnership to extend their positive impact by engaging runners in supporting 60,000 older people by 2020.

Since 2004, parkrun has grown from 13 runners in London’s Bushy Park to become the world’s biggest running event. More than 150,000 runners and walkers of all ages take part in parkruns every weekend across 14 countries, thanks to the contribution of more than 10,000 weekly volunteers.

GoodGym is a growing community of runners who combine exercise with helping local communities. Members stop off on runs to support isolated older people and undertake manual labour for community organisations. GoodGym runners have carried out thousands of runs to help older people in London and Bristol, and GoodGym aims to launch in every city in the UK by 2018.

parkrun and GoodGym will make it easier than ever for people to get involved in volunteering and physical activity. Through the partnership, which will include website integration, parkrunners will be invited to GoodGym runs and GoodGym runners will be invited to parkrun. The organisations will also aim to collaborate to bring their work to new cities. Following the partnership launch at Mile End parkrun on Saturday 10 September, a group of people ran to Tower Hamlets Cemetery Park and planted 1,500 bulbs and cleared ivy from gravestones. 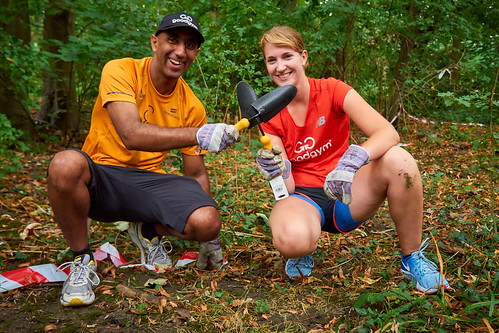 There are a million people in the UK who are often lonely, and 2.4 million who have no one local to ask for help. The aim of this partnership is to simultaneously increase physical activity and reduce the number of people who feel isolated and lonely.

Nick Pearson, parkrun CEO said: “GoodGym share our vision to create a healthier and happier planet. Together we can do this by providing free physical activity, removing barriers to participation and creating inclusive, welcoming communities and friendships.

“A number of parkrunners already contribute their time to GoodGym projects, and we hope this partnership will provide a pathway for even more to join in and support both community projects and older people in their local areas.”

Ivo Gormley, founder of GoodGym said: “If you are running in a city, you are probably running past the house of someone who is alone and who hasn’t seen family or friends for days, possibly weeks. This partnership will make it easier for runners to stop off and support those people older people wherever they live.

“Getting involved with both GoodGym and parkrun allows you to meet loads of amazing people, improve your running and do lots of good for your local community. parkrun and GoodGym offer a range of activities that can make the UK a healthier, happier place to live in, not just for those who run.” 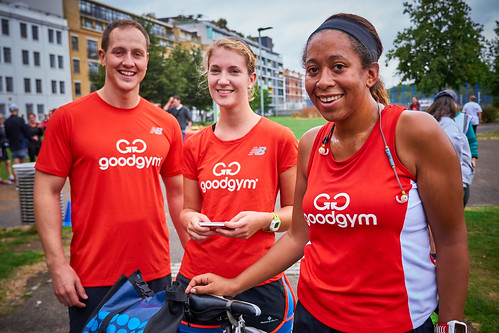 Further details about the partnership will be announced shortly. 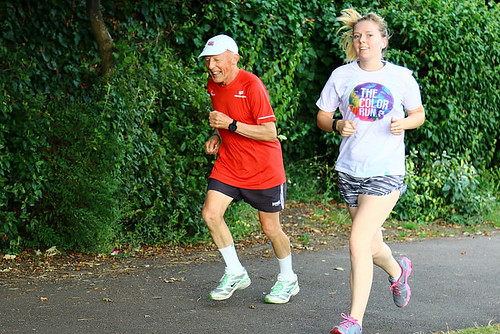